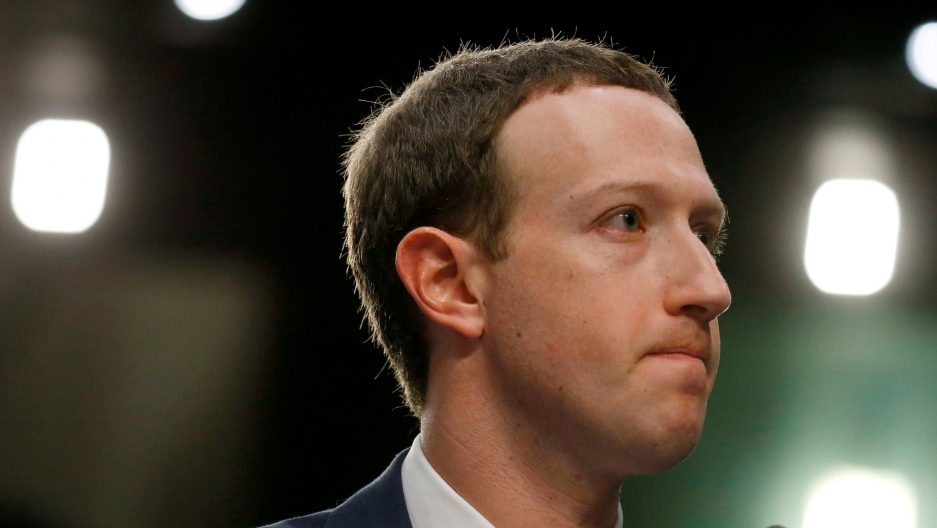 Facebook CEO Mark Zuckerberg listens while testifying before a joint Senate Judiciary and Commerce Committees hearing regarding the company’s use and protection of user data, on Capitol Hill in Washington, US, April 10, 2018.
Credit:

In the first of a set of hearings on Capitol Hill this week, Facebook CEO Mark Zuckerberg faced a slew of questions about his company’s mishandling of user data, and its plans to prevent privacy breaches in the future. Tuesday’s hearing before two Senate committees and Wednesday’s hearing before a House Committee were organized in response to revelations that the data of as many as 87 million Facebook users was harvested by Cambridge Analytica, a political firm with ties to the Trump campaign.

But during the five-hour hearing, US lawmakers also questioned Zuckerberg on the company’s troubles abroad, as well as whether the company plans to use forthcoming European regulations on data protections as a global standard across its platforms.

Here are two storylines we’re watching here at The World.

Facebook says it wants to improve the way it responds to hate speech around the world.

In countries including Sri Lanka and Myanmar, Facebook stands accused of not doing enough to clamp down on hate speech that has, in some cases, led to deadly violence.

Zuckerberg said that by the end of the year, the company will have more than 20,000 people working on content and security review across its platforms. The Facebook CEO admitted that while some problems — like removing terrorist content — can be addressed through artificial intelligence technologies, “hate speech is one of the hardest, because determining if something is hate speech is very linguistically nuanced. You need to understand what is a slur and whether something is hateful.”

Related: Cambridge Analytica's political work extends far beyond the US

“Until we get it more automated, there’s a higher error rate than I’m happy with,” Zuckerberg said.

While the company doesn’t currently have the AI technology to conduct that type of screening, Zuckerberg said he’s “optimistic that over a five- to 10-year period we will have AI tools that can get into some of the nuances — the linguistic nuances of different types of content and flagging things for our systems.”

Related: AI-based fake videos pose the latest threat to what we perceive as reality — and possibly our democracy

In the meantime, he says Facebook will increase staff in some locations, including Myanmar and Sri Lanka, as well as work with civil society “to identify specific hate figures” and keep them off the platform, among other steps.

Facebook is open to data protection rules similar to the ones going into effect in Europe — sort of.

Facebook has been facing calls from consumers groups — and now US lawmakers — to make the European Union’s incoming data protections framework standard for Facebook users in the US, and across the world.

The General Data Protection Regulation (GDPR), which goes into effect on May 25 in all 28 EU nations will do the following, according to the Washington Post:

Companies will have to post clear notices for users and get their “unambiguous” consent to collect data, instead of burying an OK inside fine print and legal jargon. That means the EU will no longer tolerate the confusing “terms and conditions” that must be agreed to while signing up for a fitness tracking app or ordering groceries online. It will be as easy for consumers to opt out of giving consent as to opt in, and they’ll have the right to refuse that their data be used for direct marketing purposes. Consumers will have the right to retrieve their data and give (or sell) it to another business. Collection of data on children under the age of 16 will be banned without parental approval.

The Facebook CEO has said he plans to apply EU data privacy standards across the platform’s global network. Asked whether he would support legislation that would require similar measures be taken by US companies, including his own, Zuckerberg noted his support “in principle.” But “the details matter a lot,” Zuckerberg said.

Facebook’s terms of service — and the legal jargon that users have to sift through before gaining access to the platform — came under intense scrutiny during Tuesday’s hearing. At one point in the hearing, Senator John Kennedy (R-LA) even told Zuckerberg, “Your user agreement sucks.”

Zuckerberg will be back on the Hill on Wednesday to testify before the House Committee on Energy and Commerce.