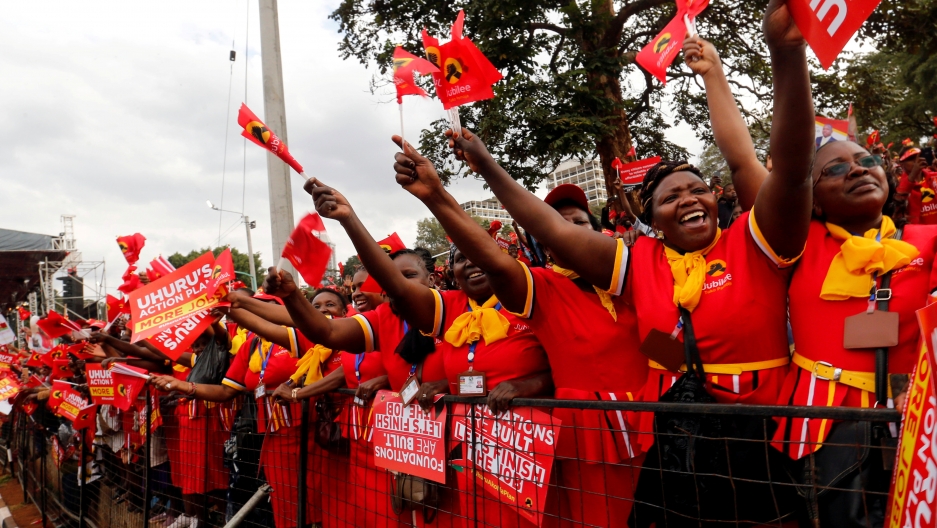 A data analytics firm used by Donald Trump's campaign during the 2016 presidential election continues to face intense criticism for its alleged misuse of the data of tens of millions of Facebook users.

UK-based data analytics firm Cambridge Analytica stands accused of using data it got from Facebook to build sophisticated psychological profiles of US voters, and then deliver content to them that might sway their vote.

And, as it turns out, the firm has a controversial record in politics beyond the US.

Cambridge Analytica top executives were caught on video, shot by London’s Channel 4 News, boasting about their global reach to an undercover journalist.

“Just the extent of how much work they did here was staggering,” said Larry Madowo, a Kenyan broadcast journalist and writer.

He says the firm played a critical role in the 2013 election, and the still-disputed 2017 re-election of Kenya's President Uhuru Kenyatta.

Cambridge’s involvement in those elections had been previously reported, but Madowo says the Channel 4 video —  in which executives can be heard boasting about their involvement in all aspects of Kenyatta’s campaigns — provided confirmation about the extent of that involvement.

“We assumed that they were involved in some minor role — maybe in data crunching and microtargeting,” Madowo said. “But … they were basically involved in every aspect of the campaign,” including writing speeches for Kenyatta.

Madowo said Cambridge Analytica used various media — not just social media — to push messaging in support of Kenyatta and against his opponents.

According to the New York Times, Cambridge Analytica may have even gotten access to government-held data when it was helping Kenyatta get re-elected.