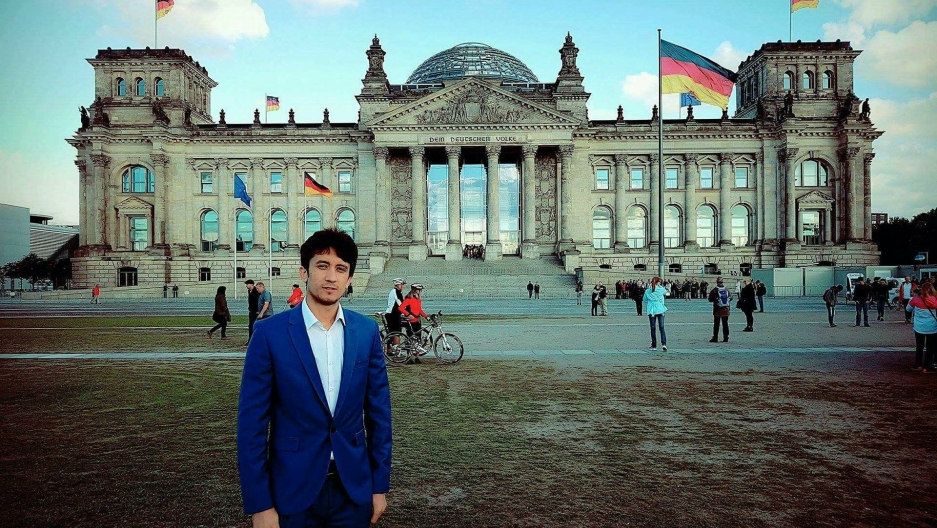 Afghani refugee, Ahmad Wali Temory, has worked in Germany's parliament with the goal of helping preserve the policies that brought him to Germany.

On Sunday, Germans re-elected Chancellor Angela Merkel, one of the most powerful women in the world. But, for the first time in decades, they also voted a far-right political party into Germany's parliament, the Bundestag.

The Alternative for Germany party, known by its German initials AfD, campaigned aggressively against immigration policies that welcomed more than a million refugees to Germany in recent years.

One of those refugees, Ahmad Wali Temory, has worked in the Bundestag — and hopes to preserve the policies that brought him to Germany. His journey began in his home country of Afghanistan, after he finished school and found a job. “I started working with the American Army as a translator,” he says.

In Afghanistan, working for the US Army proved incredibly dangerous for locals. One of Temory's fellow interpreters was kidnapped and murdered. He says the Taliban made multiple attempts on his life, too. In time, he decided he needed to leave, and applied for a US visa. When his application was denied, he fled by land in hopes of reaching Germany. “My mother was crying,” Temory says. She told him: “Don't go. Please don't leave.”

Temory felt he had no choice. He hired a smuggler and joined other refugees on a monthslong journey. Once in Iran, he says they trudged for 15 hours through snow. One companion collapsed, and Temory tried unsuccessfully to rouse him. He knew CPR from his work with the US Army, but it didn't help. The companion died, probably of heart failure.

“I was crying, just crying,” says Temory. “I was praying for him, and also for us.”

In Turkey and Greece, Temory spent weeks in jail. In Hungary, he finally boarded a truck bound for Germany. In August 2015, he applied for asylum in Berlin — and this time, he got it.

Temory comes from a political family in Afghanistan, so right away, he started taking law classes at Humboldt University. He also studied German. “I had to start my life from zero,” he says of his first year in Berlin.

But then his life took an unexpected — and political — turn.

One night, he was browsing Facebook and saw a discussion about refugees with Brigitte Zypries, a politician with the Social Democratic Party. He decided to send Zypries a Facebook message and ask for an internship.

“If it doesn't work, no problem,” he remembers thinking. “At least I tried.” To his surprise, the very next morning she sent a response.

Temory ultimately worked in her office for six months. Zypries, meanwhile, became one of the most prominent members of Merkel's cabinet. Temory met the chancellor during his internship.

Today, Temory considers Germany a second home. He hopes to get a bachelor's degree and work in the Bundestag officially one day — maybe even as a member of parliament. “I'm very thankful for Germany,” he says.

When asked whether refugees still feel welcome in Germany, in spite of the rise of right-wing politicians, Temory says it's complicated. Many Afghans have been deported.

Related: Germany struggles with the issue of deportations

Merkel's party, the Christian Democratic Union, wants to increase deportations of rejected asylum-seekers and says parts of Afghanistan are safe for sending migrants back.

“Afghanistan is not a safe place,” Temory says. His family in Afghanistan now lives under Taliban rule.

Temory believes that asylum-seekers from his home country deserve better chances of finding refuge in Germany. This weekend, Temory organized a demonstration against deportations, outside the Ministry of Foreign Affairs. He hopes Merkel hears about it.

In spite of concerns about the far-right in Europe, Temory is optimistic that the continent can remain a diverse and welcoming place.

“We come from different countries. We speak different languages and have different cultures,” he says. “But we have one thing in common. We are all people, and we have to help each other.”