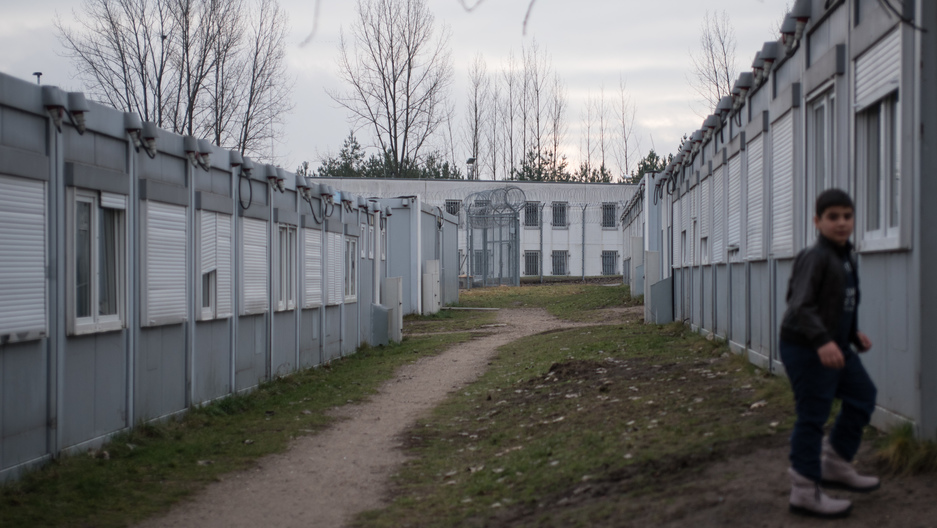 For asylum seekers at the Eisenhüttenstadt Refugee Center, these trailers are a temporary home while they wait for their application process to be completed. Some families end up living here for several months.

German police went public on Wednesday with the name of their main suspect in Monday’s truck attack that killed 12 people and injured nearly 50 more at a Christmas market in west Berlin.

Authorities said they were looking for Anis Amri, a Tunisian man in his 20s who could be armed and dangerous. They also offered a reward of more $100,000 for information leading to his arrest.

On Friday, Amri was killed during a shootout with police in Italy.

For many Germans, one detail about Amri’s story will jump out: his immigration status. The terrorism suspect had reportedly applied for asylum in Germany but had been rejected, and was facing a deportation order.

This fact is going to fuel an already intense debate about the large number of people who have entered Germany recently and failed to win official permission to stay in the country as refugees.

About a million people have entered Germany in the last one to two years, and more than half of them have had their applications for asylum rejected. This means an estimated 550,000 people living across the country right now are facing deportation orders. And many of them are still receiving public assistance.

One segment of the German public argues that stepping up the pace of deportations would be a mistake.

Last week, for instance, when authorities put about 50 Afghans on a charter flight to Afghanistan, protesters showed up at the Frankfurt airport. These critics say Afghanistan is too dangerous for Germany to be sending people there.

But others see the problem differently. They would point to the fact that 12,000 people from Afghanistan residing in Germany have been given deportation orders. But in the first half of this year, only 18 were deported. 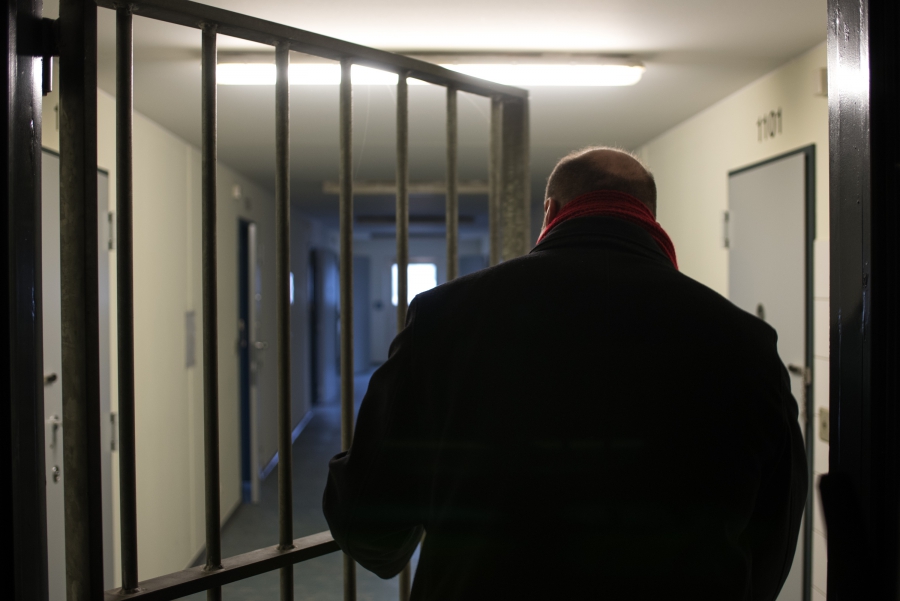 Peter Wasem, head of deportation at the Eisenhüttenstadt Refugee Center, gives a tour of the prison used to hold deportees.

Wasem is the director of the deportation prison in Eisenhüttenstadt, about 80 miles east of Berlin, which handles immigration cases for the German state of Brandenburg. In 2016, Wasem says his staff has helped deport about 170 people and facilitated about 500 voluntary departures.

But the prison that Wasem runs is mostly empty. While it has the capacity for 100 prisoners, only 12 people were being held there on the day that I visited. Wasem said that doesn’t mean, however, that the prison is not a necessary part of the overall immigration system.

“Of course you have to deport,” Wasem says. “Because if you don’t deport [anyone], no one is leaving voluntarily.”

Even if the prison was entirely empty, he says it would still serve the important purpose: “To show [that] you are confident about the deportation [system], that you are strong.” 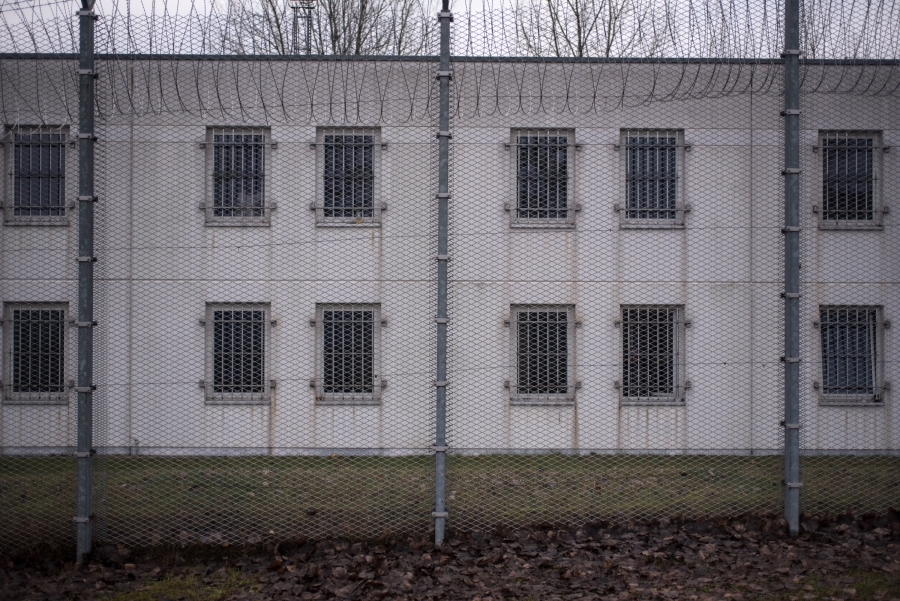 The prison at the Eisenhüttenstadt Refugee Center can hold up to 100 prisoners, but it has been mostly empty in recent months.

Deporting people from Germany can appear to be extremely slow, costly and complicated. But Wasem says there are some good reasons for that.

“You have to look at every single case,” Wasem says. “It’s important in a liberal, constitutional country to see every single case and make sure that there is no inhumanity. That takes time, and you always have cases where you [must] decide you can’t deport them right now.”

At the current pace, it would take decades for Germany to deport the bulk of those people in the country facing deportation orders.

“It can’t stay that way,” says Armin Schuster, a member of the German parliament from the Christian Democratic Union, the party of German Chancellor Angela Merkel.

“There needs to be a more honest political discussion about what to do” with these hundreds of thousands of people, Schuster says.

“When you look at the German mentality, on one side there is great humanity and respect for people’s well-being,” Schuster says. “But on the other hand, Germans value order, discipline and law.”

“You can’t deny this. And if you ignore the law, it creates great tension in German society.”

Schuster is working on a plan to tighten security and immigration procedures along Germany’s borders. But he says numerous hurdles for deporting people whose applications for asylum have been rejected will remain in place.

If migrants lose or throw away their identity papers, that can make it difficult to identify them and have them sent out of the country. If people become sick, pregnant or they injure themselves just before their deportation date, that can put the process on hold.

Schuster says another thing migrants can do to avoid deportation is relocate to a more liberal jurisdiction within Germany, such as Berlin, where authorities are reluctant to put people on the path to quick deportation.

The far-right Alternative for Germany party — or AfD, as it’s known — is already making political hay out of the immigration issue. AfD supporters say this week’s deadly attack in Berlin was a direct result of Merkel’s lax policies on immigration.

But as someone who actually carries out deportations, Wasem says there is one thing that he hopes the German public will keep in mind.

“We are talking about human beings,” he adds. “What would we do if we were born somewhere else?” 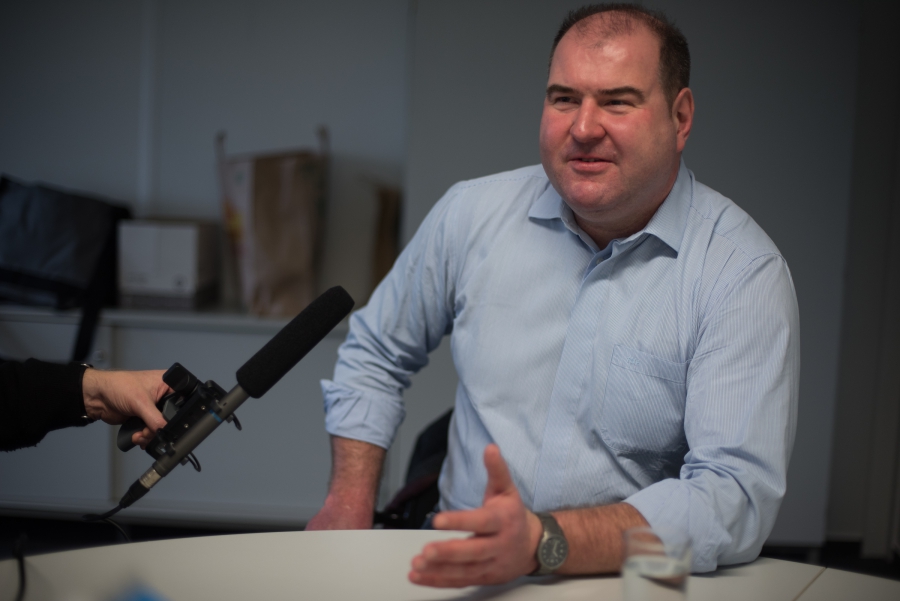 Peter Wasem says Germany is only beginning to seriously discuss immigration and what to do about hundreds of thousands of people facing possible deportation.