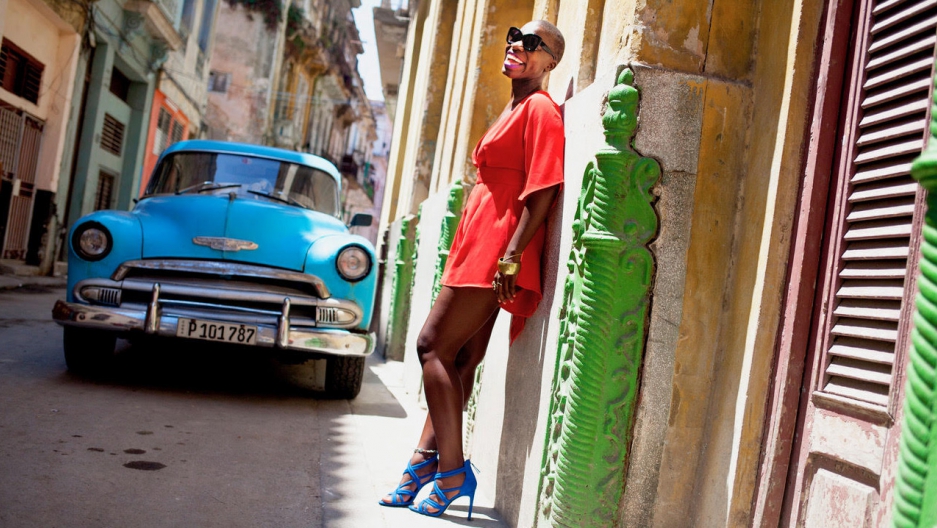 Jessica Nabongo is shown here in Cuba in May 2016.

Travel writer Jessica Nabongo has been following American politics far from her hometown of Detroit for the last several years.

Nabongo has visited 66 countries, along the way posting photos, reviews and tips on her blog, “The Catch Me If You Can.” She was in Kenya when, toward the end of 2015, she realized that Donald Trump really had a chance at becoming president.

“I’m still in a state of shock and disbelief,” she said.

Even though back then Nabongo thought the reality of President Trump was unlikely, she started working through the idea. She had no interest in living in a Trump-led America and figured there were others who felt the same.

“I didn’t truly believe that he would win or even get the nomination,” she said. “It was sort of like, well, what if Trump won?”

So months before much of the media picked up on Americans’ idle threats to emigrate, Nabongo wrote “Countries To Move To If Trump Becomes President.” The list stokes the daydreams of wannabe expats: Canada is close and happy, Rwanda is safe and clean, Brazil is modern and beautiful.

The blog post got a lot of comments. But as far as Nabongo knows, none of her readers are actually moving out of the country because of the Trump presidency.

“Moving abroad is a pretty big deal,” she said. “And I think, you know, even in the post-election backlash, people are saying, ‘Oh, I’m gonna move abroad.’ But it really does take a lot personally and financially and emotionally just to move abroad. So while I think a lot of people considered it, I’m not sure that many people are actually prepared to take the steps to leave the country.”

Related: Thinking of ditching America? I did. Here’s how.

Nabongo herself did take those steps years ago when she started jet-setting and writing about travel. She was pretty worldly anyway, born in Detroit to Ugandan parents and later educated at the London School of Economics and Political Science. Now, with a new web-based travel business, she’s been back in the US more. But with Trump taking office, she’s seriously considering following her own advice and waiting out the next four years in Ghana or Uganda.

“I’m not comfortable with him leading the country,” she said. “But I think it’s more so his supporters. They feel emboldened since his election. And for me, I feel like my safety is at risk. As a black woman and a black person living in the US, I’m often subjected to, you know, what people say are racial microaggressions — and sometimes just flat-out racism. And it’s something that’s emotionally exhausting to deal with on a regular basis.”

On election night, Nabongo was in New York, close to Trump Tower, watching the results come in with friends.

“I just recall, after they called the election, going downstairs, and his supporters, they were just loud and yelling and cursing,” she said. “It was the scariest thing in the world.”

As much as the political climate makes her nervous, she’s sticking around for now. But as a professional nomad, Nabongo is in a position to keep her options open.