Some Americans are actively looking for a way out of dodge after the presidential election, but will any really "vote with their feet" and fly out of here?

In the early hours of Nov. 9, as it became clear Donald Trump would be the next president of the United States, Canada’s immigration website crashed. Meanwhile, hits on New Zealand’s immigration web page soared.

And by that afternoon, this correspondent received a desperate-sounding email from a woman in New York.

“I am freaking the hell out right now about this whole Donald Trump business and have convinced [my husband] that he and I should at least consider a change of scenery for the next couple years,” she wrote. “Are you and your family still in Uruguay or another country in South America? Has your opinion of the difficulties of living in Uruguay changed over time?  How do your wife and children find it?”

Clearly, there’s a lot of interest in escaping the United States right now. It has raised some debate in anti-Trump circles: Fight or flight?

Many US citizens are extraordinarily lucky. They have both the resources, and the papers (a US passport), to flee to almost anywhere on the planet. (Not all do of course — 13.5 percent of Americans live in poverty.) With millions of world refugees on the move seeking shelter, many Americans should consider themselves extremely privileged to have the option of choosing a new country. 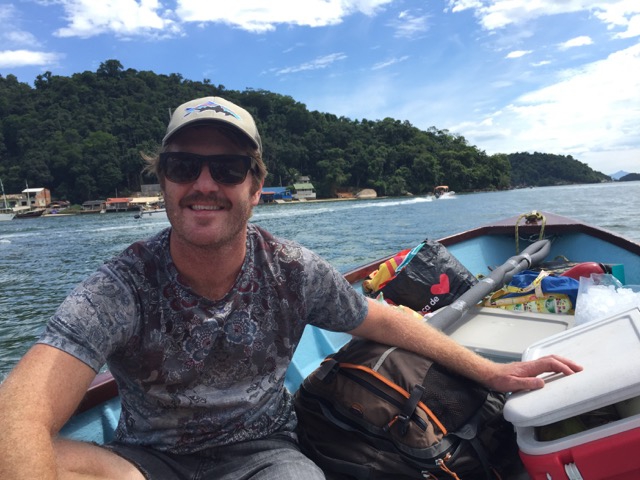 My family has moved across the world four times. We have lived on three continents, and plan to continue living as expats for some time to come. And we’ve learned a few practical lessons along the way.

Here are four things to think twice about before you pack up and leave America:

It may sound obvious, but many people have a very limited knowledge of just how expensive the rest of the world can be.

While it’s true that the cost of living in some parts of the world (much of Asia and Africa) is far lower than in the US, other attractive destinations like Australia, New Zealand, Europe and even South America can actually cost significantly more.

Bottom line: It’s unwise to uproot yourself and move overseas unless you a) are independently wealthy or b) can guarantee a stable income when you arrive in your new home.

My family has always set up employment first and then relocated, rather than the other way around. My wife is an international school teacher and I’m a writer, so our jobs are flexible. But each of our moves has basically followed a job offer for either her or me.

Another key element here is the mighty US dollar.

It cannot be stressed enough how advantageous it is to have a steady income paid in dollars or another major currency. This way, you aren’t as subject to the whims of international currency trading. In November 2013, for example, the dollar bought 2.30 Brazilian reais. Today, it's 3.44 reais to the dollar. The currency has been bouncing around like crazy for the last few months.

If you have a specific country in mind, invest the time to research cost of living and employment opportunities there before you make a decision. A good place to start is the website Expatistan.com, which has a nifty cost-of-living comparison tool.

Obviously, this is already on people’s minds. Expatistan said on Friday it saw a 245 percent increase in cost-of-living analyses being performed on its site.

If you’re planning on bringing kids abroad, education is a huge deal. (No kids? You can skip down to No. 3.)

Moving children overseas has been an incredible experience for my family. My two daughters each speak three languages and have world knowledge that I would say is more valuable than any classroom can offer. 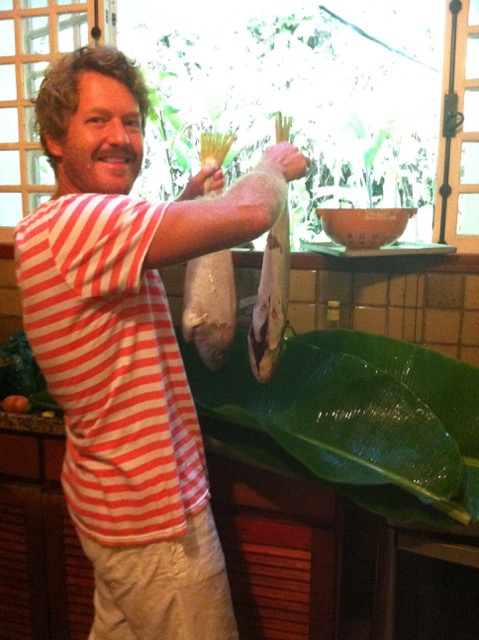 Courtesy of Will Carless

But formal education in much of the world, even in regions that may seem attractive and inexpensive, is behind what you can expect in much of the United States. In some regions though, notably parts of Asia and Europe, education quality appears to be exceeding that of the US system.

A good comparison resource for parents is the Organization for Economic Cooperation and Development’s (OECD) Program for International Student Assessment. The Guardian produced a great graphic showing country rankings in math, reading and science.

But broad education rankings are just part of the picture. The reality is that many expat parents opt to send their kids to private school, due to language barriers or low confidence in the local public system. And this can be ruinously expensive.

Bottom line: Do your research. If the public school system in your intended destination is above par, then that’s a huge bonus. If it’s not, then take a close look at how much those international school fees are going to eat into your budget.

Expats everywhere love to gripe about red tape. And that’s because even US citizens, with our powerful passports, can spend literally hundreds of hours organizing paperwork to maintain a residence in a foreign country. No joke.

Firstly, there is the question of visas, which can be hard to obtain, especially if you don’t have an employer who is willing to pay you a salary while you are living overseas.

Ideally, your employer will help you organize this (my family’s moves have all been facilitated by helpful employers who set up much of the paperwork for us) — but that’s often not the case. There are certainly countries where it’s much easier to set up a life than others (check out Mashable’s story on five countries that will welcome families escaping Trump).

Once again, do your homework. Getting a travel visa is often the easy part (and sometimes you won't even need one — you can find out here). Residency and work permits, or other documents that allow you to stay for more than a few weeks, can take months of preparation to secure. The process could involve anything from flying to consulates around the United States, to digging up obscure records like your parents’ birth certificates and a clean criminal record statement from the FBI.

And that’s just before you get there.

Once you arrive, you will likely need national IDs, vaccines (in addition to those you may need to enter a country), health certificates, new driver's licenses and myriad other documents that will cement you officially as a real human living in your new country.

Even basic tasks, like opening a bank account or renting an apartment, can be really frustrating and expensive for newcomers.

Ask other expats for advice on all of this. Consider using an international moving agency and even hiring a lawyer in your new country. And estimate how long the process will take. Then triple it. Seriously.

If you’re a freewheeling single or a young couple willing to up and move across the world, then "stuff" may not be much of an issue.

The first time we moved from the States (to Java, Indonesia in 2009), with a 7-month-old baby, my wife and I sold everything we couldn’t fit into eight large suitcases. This was, mostly, a liberating experience.

But a couple of things to note here:

First, as I soon learned, if you have kids, the whole deal changes. Moving a child to a new country is a harrowing experience at the best of times, and my family has found that this experience can be made less harrowing by shipping a container, or at least a large crate, of your belongings to your new country.

It’s hard to overstate the value of setting up a new home in a new country with your familiar furniture, art, TV, stuffed animals, kitchenware, toys, books and clothes. A container full of old possessions quickly creates a small space of familiarity in a new country, something I’ve found key for my kids’ transitions.

But shipping is expensive. Expect to pay at least $5,000 to ship a container internationally. And expect to deal with bureaucracy, delays, hassle, heartache and frustration.

But once that container arrives, and your child unpacks their bicycle and their old toys, it will be worth it.

Second, a note on expenses again.

When my family moved to Uruguay from California in 2013 with a newborn baby and a 4-year-old, we not only shipped all of our possessions, but also loaded our container with the glories of America’s cheap stuff: clothes for the kids for two years, toys, bikes, furniture, surfboards, kitchen appliances — it all went into the big metal box.

Goods like clothes, shoes, electronics — and even diapers, wipes and baby formula — are all much, much cheaper in the US than anywhere I have traveled. The products sold in your average Costco or Target are also often of better quality than you will find on the shelves of Rio de Janeiro, Jakarta or Bangkok.

I’m sure there are exceptions around the world, but there’s a good reason why most US expats return from visits to the States with bags full of goodies from American stores.

In sum, you may find that in the long run it’s actually cheaper to fill a container with new and old possessions and ship it to your new home than to start afresh in your new country.

Again, do your research: Get on bulletin boards, email people (like journalists) in the country you want to move to. Don’t be afraid to ask complete strangers for advice.

These are just a few of the big things to consider if you’re seriously planning to escape Trump’s America.

Of course, many argue that if you really oppose Trump’s policies, the right thing to do is to stay and fight them: Get involved, get politically active, and make a change. Indeed, I have friends abroad who decided now is exactly the time to head back to the US and start enacting change in their own country.

Despite the time, the hassle and the expense, living overseas has been an incredible experience for my family and me. The privilege of being a guest in a new country, of getting to really know a place, its people and its customs and languages, has been worth every second of bureaucracy, and every penny of cost, that went into making it happen.