Make a donation > No thanks
Credit:

Do you know what a microaggression is? The dictionary calls it a “subtle but offensive comment or action directed at a minority group.”

In a commencement speech this year to University of Michigan graduates, former New York City Mayor Michael Bloomberg highlighted microagressions, but not in a positive light.

"The whole purpose of college is to learn how to deal with difficult situations — not run away from them," Bloomberg told graduates. "One of the most dangerous places on a college campus is a safe space, because it creates the false impression that we can insulate ourselves from those who hold different views."

Students at Oregon's Clackamas High School have a different take.

Walk the halls of the school, and you’ll see large black-and-white prints of students holding large boards with a word or phrase, each capturing a microaggression. It's part of a new initiative called the Microaggression Project (MAP). It was launched by an art teacher at Clackamas who believed the large-scale posters of students and staff holding a board with the microaggression they’ve experienced would give participants a chance to have a voice and the viewer a chance to see that words can hurt.

In over 50 photos, viewers see microaggressions ranging from race to weight to sexual preference.

One student has described it as "a freeing experience being able to admit how much just a few words can hurt you for a lifetime."

Here are four of those students sharing their microaggression and the story behind them: 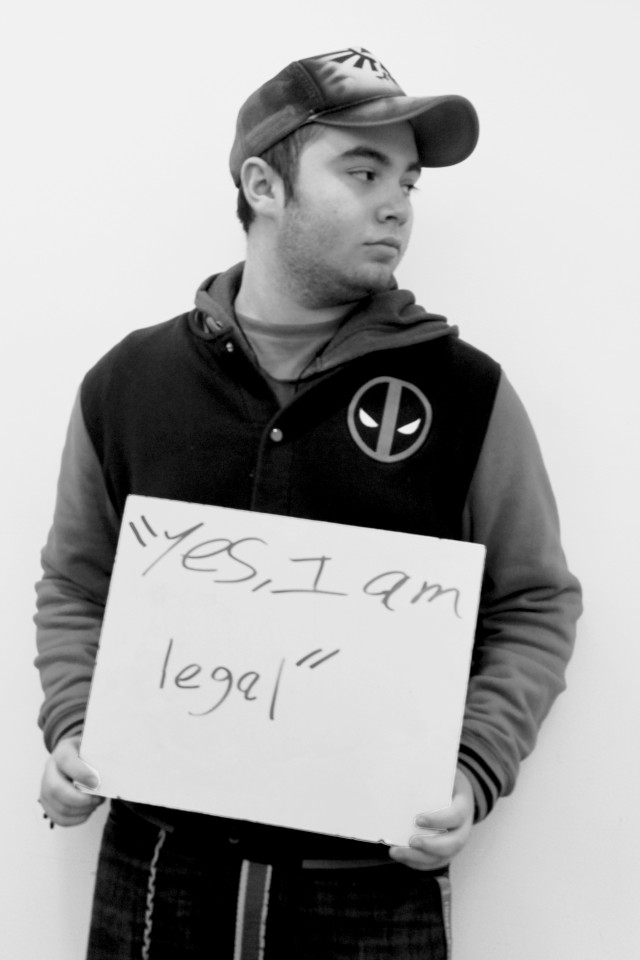 My name is Mauricio del Castillo Navar, and I’m a sophomore at Clackamas High School. The statement in my microaggression project was ‘Are you legal?’ That’s because in my freshman year, I remember some people asking me those kinds of questions. And I am a pretty calm guy. I don’t get offended by almost anything. I take almost everything just as a joke. But that specific statement kind of hurt me at that time. 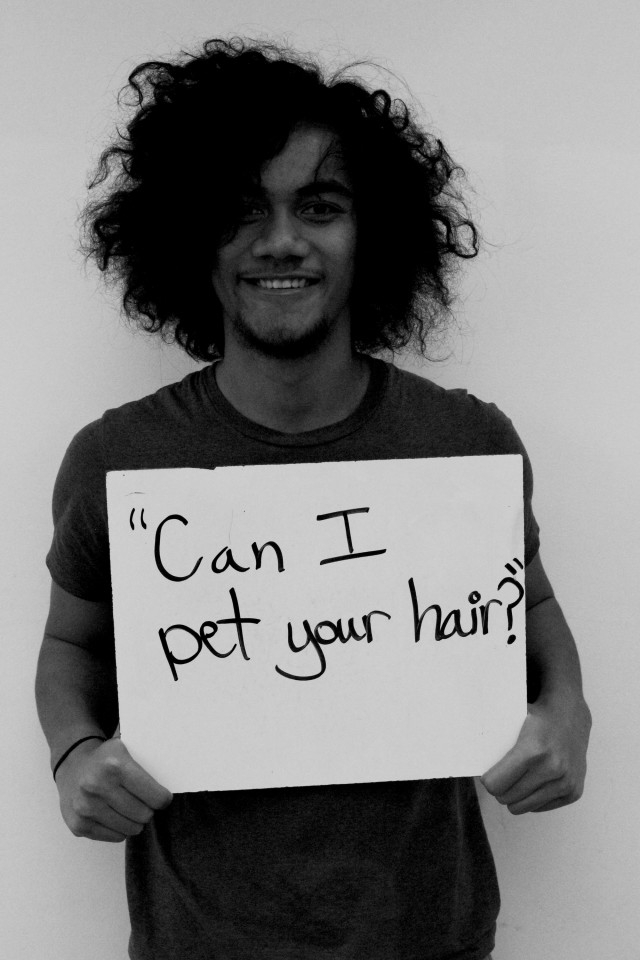 My name is Toetuiesu Peko. My board says, "Can I pet your hair?" because I have that sort of fluffy islander hair, and on the poster I’m a little bit smiling, because I always shrug it off as a joke, but eventually it just gets annoying. It’s always when I meet new people. And if they like it enough, they keep asking again.

I see the people seeing it and some of them are like “Aw, man, I didn’t know that was was hurtful” or “Aw, man, what a crybaby.” 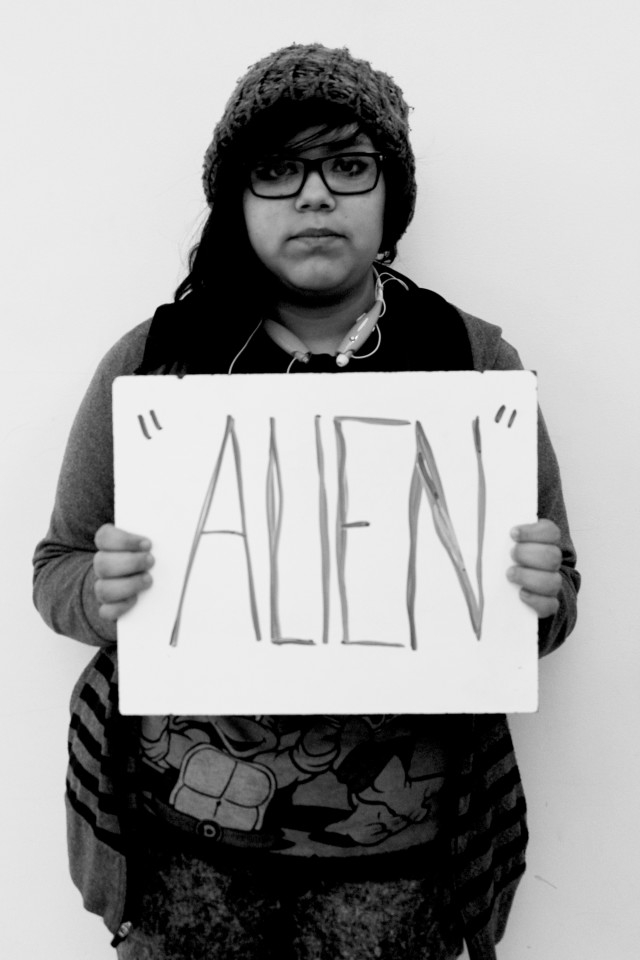 My name is Edaena Maldonado Vizueth Martinez Jose Maria, and I’m a sophomore at Clackamas High School. It’s in the cafeteria — and it’s "aliens" — it says "alien." Because well, I grew up in Lancaster, California.  I didn’t see a lot of white people, but when I would go to L.A., I would hear a lot of older white men being like "go back to Mexico, you alien," bad words and all that. And it really gets you down, because aliens are affiliated with something that can destroy you, or they’re just, like, bad or something.

A lot of the teachers here, they’ll be like “Oh my God, that’s wrong.” But also a lot of the teachers here would be like “It’s just a microaggression. Toughen up. That’s what the real world’s like.” You don’t wanna bring it to the attention of your parents because they work hard. You don’t wanna give them another thing to worry about, so you just keep it to yourself. 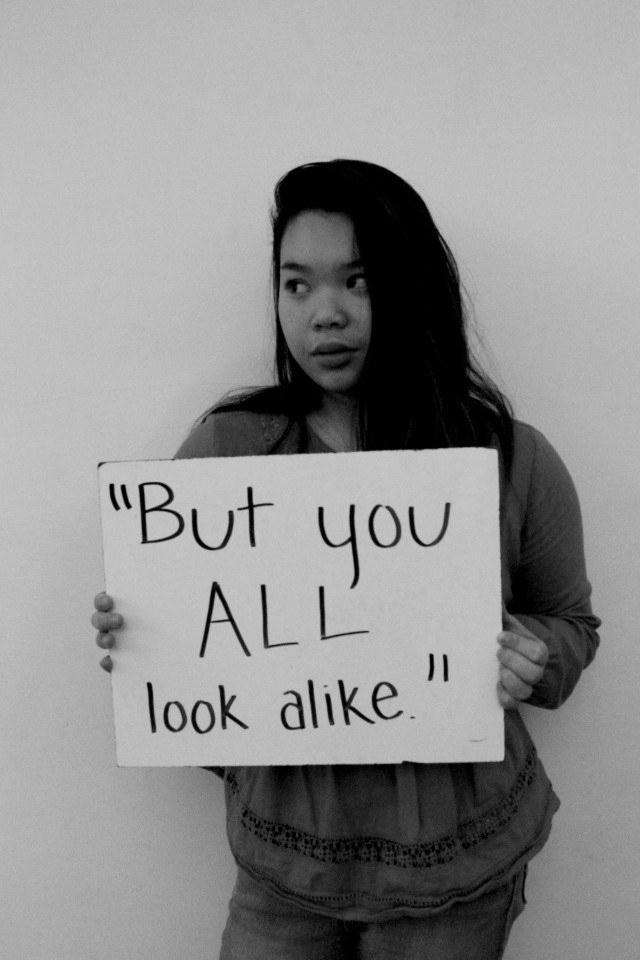 My name is Gabrielle Nguyen, and I’m a junior. I’m Asian. And I often get called by a different name purposefully, kind of generalizing us all Asians as looking similar to each other. I am Vietnamese. I often have people say, "Oh, are you Chinese or Japanese?", which can be hurtful sometimes. It’d be better to just ask me what ethnicity I am.

Personally, if it’s someone who just accidentally says it, and I know that it’s because they weren’t trying to hurt me, I just let it go. But if it’s someone who I know, and I feel comfortable confronting, and they’re trying to make a joke of it, I try to confront them, just [because] I know it may not be a humungous thing for me; it is just a microaggrssion. But for someone else, it could be a macroaggression, and that could really, in the long run, affect them as a person.