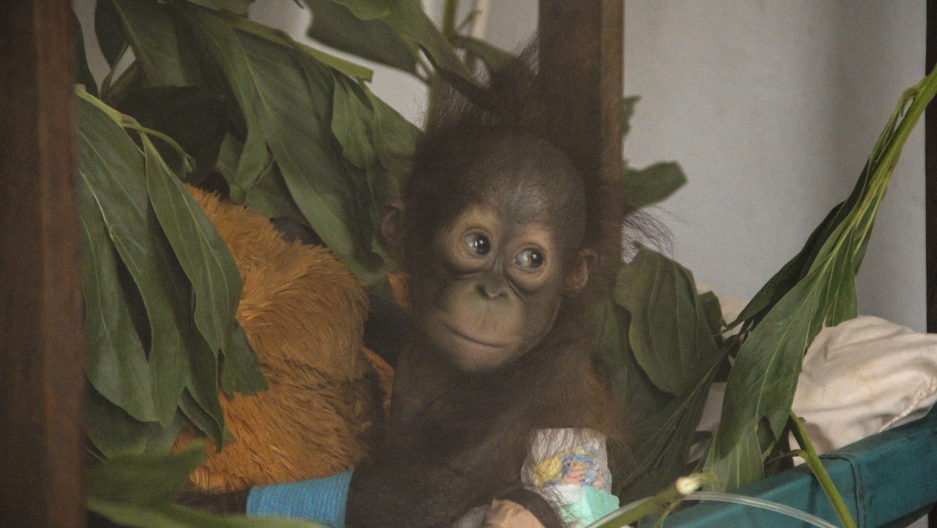 Deforestation reduces habitat for orangutans, and pushes the animals into contact with humans. This baby orangutan received treatment at the International Orangutan Rescue clinic in Ketapang, Indonesia.

When Edward Tang was a boy, he used to hunt durian fruit in the jungle near his house in western Borneo.

On expeditions into the forest, he’d often see orangutans swinging from branch to branch above his head.

Tang is 40 now, and as a conservation educator, he still spends a lot of time in the forest. But he almost never sees orangutans anymore.

“The impact of forest destruction in Indonesia has been immense,” Tang says. 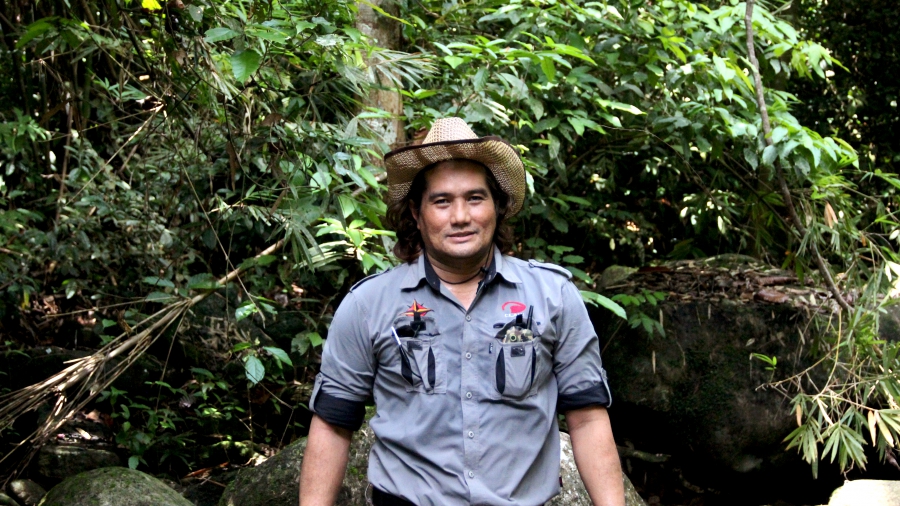 The sprawling archipelago nation of Indonesia has lost about a quarter of its forests in the past 25 years.

Orangutans, which live in the wild only on the islands of Borneo and Sumatra, have been some of the most visible victims of that deforestation.

The International Union for the Conservation of Nature estimates the number of orangutans living in Borneo dropped by 60 percent between 1950 and 2010 alone.

The best-protected populations of the endangered great apes live in national parks like the roughly 400-square-mile Gunung Palung, on the western coast of Borneo, where Tang leads hikes for schoolchildren.

He says he still catches glimpses of orangutans when he hikes deep into the park on overnight camping trips with kids.

"National parks like Gunung Palung are for the most part intact, but they are increasingly becoming islands in seas of oil palm or other sorts of plantation forest areas,” says Erica Pohnan, conservation program manager at Alam Sehat Lestari, a nonprofit that runs a health clinic and conservation programs near the park.

“And that makes wildlife conservation very difficult because there’s no connectivity between these islands.”

Over the past 10 years, roughly half of the deforestation on Borneo, an island Indonesia shares with Malaysia and Brunei, has been done to clear the way for industrial plantations.

Most of that deforested land, an area just slightly smaller than Taiwan, has been converted into oil palm plantations in the Indonesian portion of Borneo.

The vegetable oil those palms produce is used in a huge variety of products sold in the US, from ice cream to lipstick. The World Wildlife Fund estimates palm oil is in half of all packaged goods on grocery store shelves.

Deforestation a leading contributor to climate change in Indonesia

Orangutans are not the only creatures threatened by the massive conversion of land away from forests in Indonesia.

Indonesia was the sixth-largest greenhouse gas emitting country in the world as of 2012, the most recent year for which full data is available. And unlike China, the US and other nations ahead of it on that list, most of its pollution comes not from transportation or industrial sources, but from deforestation and land-use changes.

In 2010, Indonesia's National Council on Climate Change estimated that about 85 percent of the country's emissions stem from land-use activities, primarily in the form of deforestation and peat fires.

When trees are cut down or burned, they release stored carbon that rises into the atmosphere and contributes to global warming.

Preserving tropical rainforests has long been a priority for conservationists seeking to protect biodiversity, boost water quality and prevent erosion. But over the past two decades, the importance of keeping forests intact as a way to prevent climate change has slowly been rising in prominence on the international stage.

“Going back to 2007, you had the United Nations climate change negotiations in Bali ... where forest conservation was really recognized as a really important climate mitigation activity,” says environmental scientist Jeffrey Chatellier.

Under the United Nations climate change agreement struck in Paris last year, starting in 2020, developed countries will be able to pay developing countries, like Indonesia, for the carbon they’ve kept sequestered by protecting their forests.

In turn, those developed countries will get to subtract that carbon from the amount they’ve promised to reduce their own emissions by under the climate change agreement. 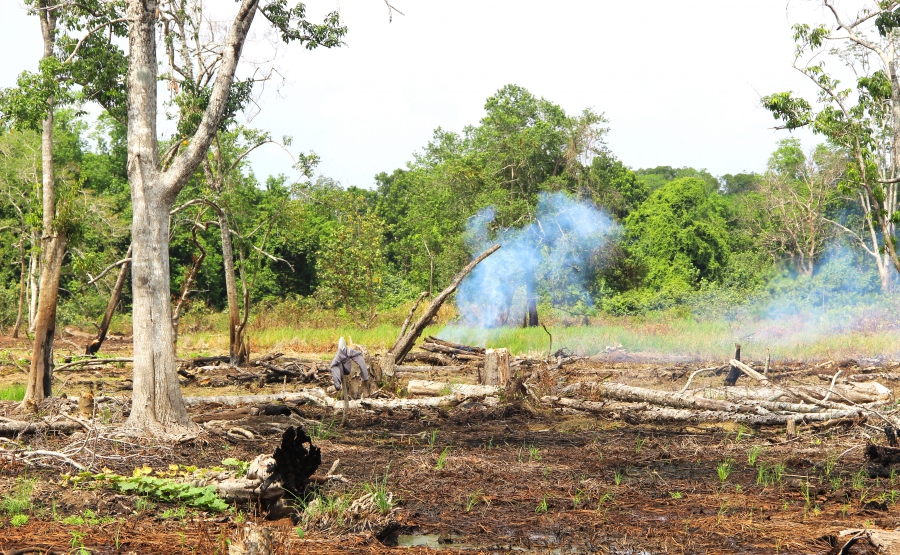 A small patch of forest still burns after being cleared for farming in West Kalimantan, Indonesia.

Chatellier works in Jakarta for a company called Forest Carbon that is, like a small but growing number of firms in developing countries, launching a for-profit forest conservation program to tap into that money, and the existing $278 million market for carbon credits bought voluntarily by companies and individuals seeking to offset their own pollution.

Protecting forests without cutting people off from them

But protecting forests is a complicated challenge. You can’t just build a fence to keep people out of what is sometimes literally in their own backyards.

Forests, and the land they have traditionally taken up, are important to local economies. The palm oil industry employs roughly 4 million people in Indonesia and Malaysia alone.

Hidayat works at a palm oil plantation about an hour-and-a-half away by motorbike.

He says he can’t farm or fish, so it’s the best job available to him in the region.

“This is a good fit for me,” Hidayat says.

Hidayat’s neighbors in the Indonesian province of West Kalimantan go to the forest for firewood and timber. Many farm small plots of land, illegally, inside the national park.

“Communities that live near forests depend on these forests for a number of natural resources that they use every day,” Chatellier says.

When conservation groups move in to claim a piece of land to preserve it, “that can create conflict,” Chatellier says.

As billions of dollars are poised to flow from developed to developing countries to protect their forests, countries like Indonesia are scrambling to figure out how to resolve that kind of conflict: how to balance the lives and livelihoods of local people with the need to protect the global climate and fragile species, like Borneo’s endangered orangutans.

Note: This is the first story in a series on PRI.org and The World examining social entrepreneurs using innovative methods to protect Indonesian forests.