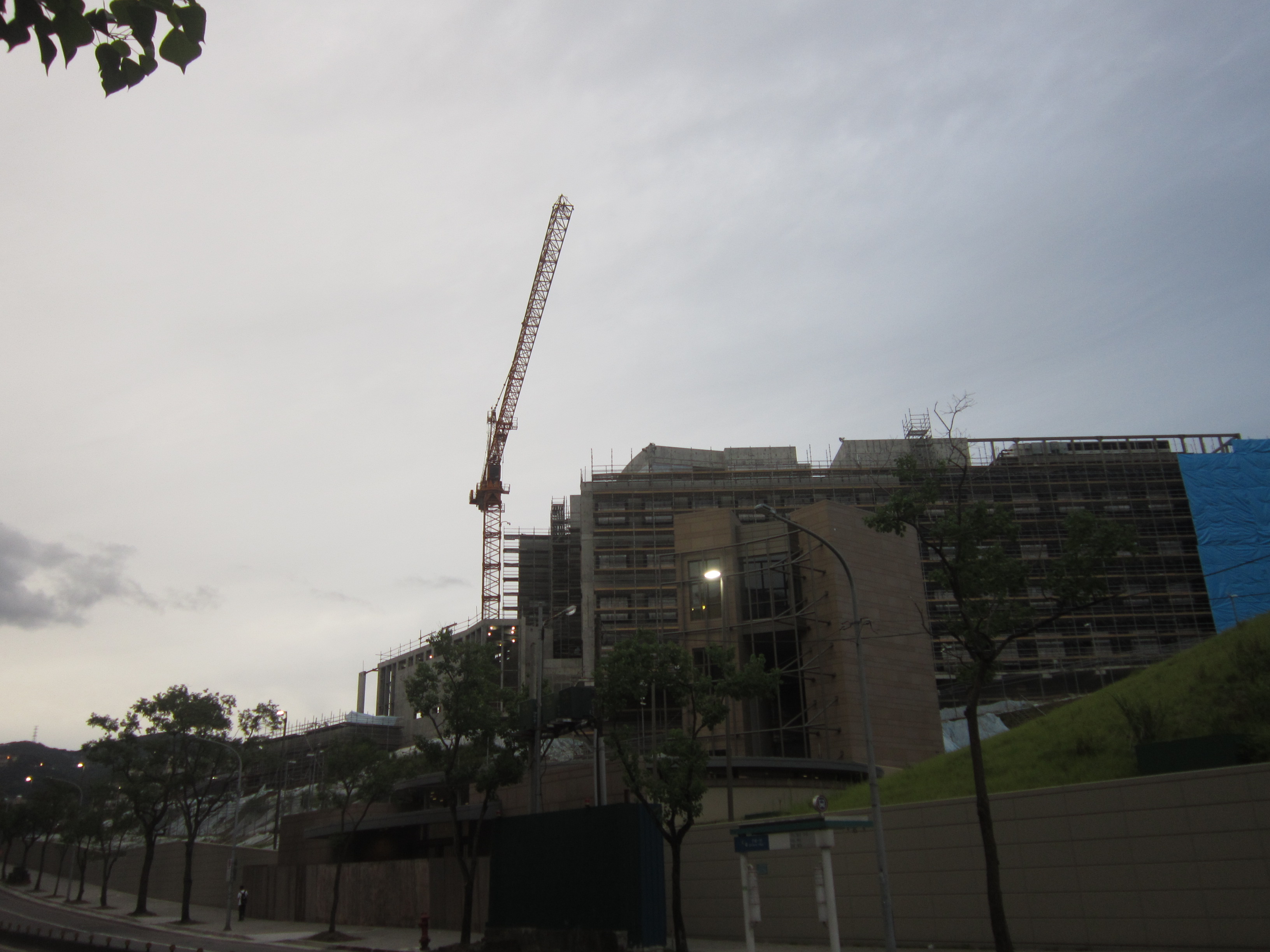 A new office for the American Institute of Taiwan is under construction in Taipei.

Why was the single phone call the source of such concern? Here are the key issues surrounding the delicate relations between the United States, China and Taiwan.

The deep rift between China and Taiwan dates back to China's civil war, which erupted in 1927 and pitted forces aligned with the Communist Party of China against the Nationalist Kuomintang (KMT) army.

From there, Chiang continued to claim to govern the entirety of China — just as the mainland claimed Taiwan.

Both sides still formally claim to represent all of China.

Washington cut formal diplomatic relations with Taiwan in 1979, switching recognition to Beijing as the sole representative of China, and no US president or president-elect is believed to have spoken to a Taiwanese leader since then.

But the United States has maintained an ambiguous and at times contradictory approach to Taiwan.

On the one hand, America sells high-end weaponry to Taiwan, but it does not formally recognize Tsai, the country's president, as a sovereign leader. Just a handful of small nations, largely Caribbean and Central American, officially recognize a sovereign government in Taiwan.

The American policy is designed to provide democratic Taiwan with enough military clout to fend off China's vastly bigger armed forces and preserve peace in the region.

Many observers saw the phone call, initiated by Tsai, as a possible shift in long-standing US policy.

China regards self-ruling Taiwan as part of its own territory awaiting reunification under Beijing's rule, and any US move implying support for independence — even calling Tsai "president," as Trump did in a tweet announcing the call — prompts grave offense in China.

It's also possible that Trump, a political novice and a newcomer to the international stage, didn't appreciate the ramifications of the call. But The Washington Post, citing people involved in planning the call, said it was a deliberate move by the president-elect to strike a new tone, and was months in the making.

In 1992, Taiwan and mainland China both agreed that there is only "one China," covering both places, but they agreed to disagree about what that precisely meant.

The policy means that, essentially, countries must choose which territory represents "one China."

Most countries have chosen Beijing, while also maintaining some ties, if nominally unofficial, to Taipei.

Washington does not formally recognize Taipei, and officially sticks to the one-China policy that says Beijing is the legitimate government of all of China.

But in practice, the small island enjoys many of the trappings of a full diplomatic relationship with the United States.

While there is no US embassy in Taipei, Washington runs a nonprofit center called the American Institute in Taiwan, which serves as something of an unofficial consulate. Visas are processed there, and other consular services are provided as well.

Many people in Taiwan today remain distrustful of Beijing while others are keen to explore warmer relations, especially when it comes to trade opportunities.