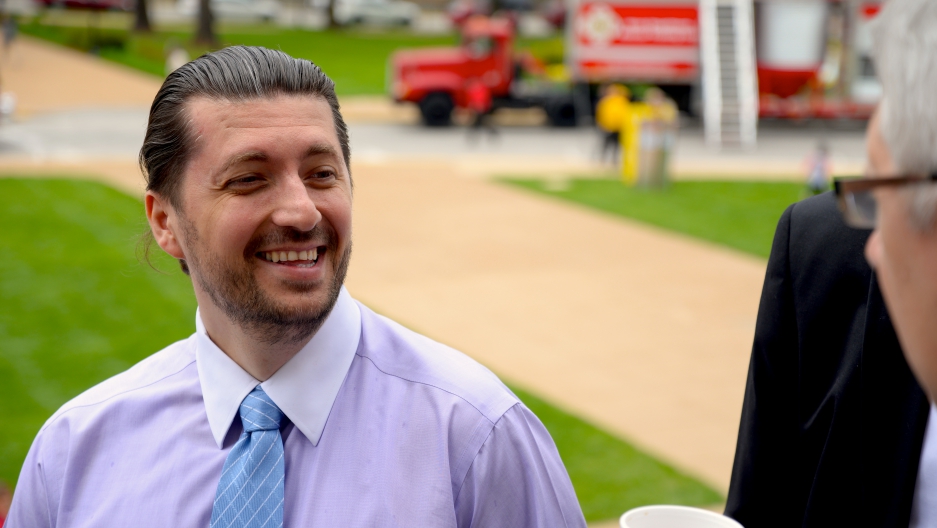 Voters from Bosnia who live in St. Louis are concerned by Trump's anti-Muslim, anti-refugee rhetoric. “Some reacted with fear, some of them with anger, and some of them were definitely confused,” says Ibro Tucakovic, the first member of the city’s Bosnian community to run for elected office.

When Greta Morina sees images of Aleppo on TV, she thinks of her hometown, Pristina.

“It makes you flash back. It’s intense,” Morina says. “You’re hearing gunshots, bombs being dropped, you smell smoke. You’re seeing groups of people carrying their belongings, their children all into packed tents.”

Morina is now 22. She became a refugee during the 1990s ethnic cleansing campaigns carried out by Serbian nationalists in the former Yugoslavia. She and her family, who are ethnic Kosovars, were resettled in St. Louis in the early 2000s. They joined a growing community of Bosniaks, Kosovars and Bosnian Roma who were displaced by the same conflict.

Today that community has grown to an estimated 50,000 to 70,000 people — primarily Bosniaks, one of the largest such communities in the world outside the Balkans — and in recent years has emerged as a recognizable voting bloc in local politics. Heading into November’s presidential election, St. Louis’ Bosniak and Kosovar communities are near-universally turned off by Donald Trump’s anti-Muslim refugee rhetoric and are skeptical of the candidate’s popularity among Serbian nationalists. 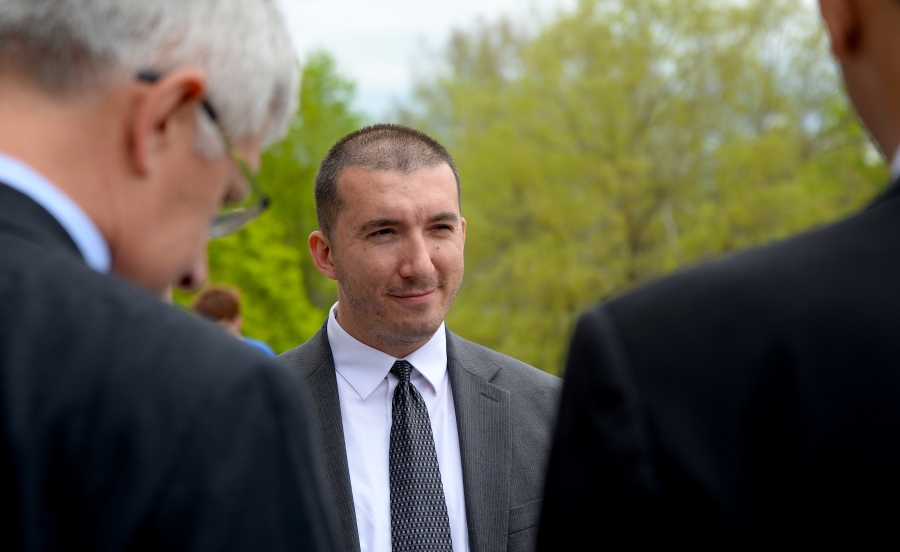 Akif Cogo has counted 10,000 Bosnian names in St. Louis-area voter lists. With some recent polls showing Clinton and Trump at a virtual tie in Missouri, 10,000 votes could become critical.

Many of these voters are Muslim refugees of another era. If Missouri’s race is as close as recent polls suggest — a July St. Louis Post-Dispatch poll and an August one from HuffPost Pollster, for example — some observers think it could be St. Louis’ “Bosnian vote” that gives the state’s 10 electoral votes to Hillary Clinton.

“Bosnian community will play, I believe, an important role in these upcoming elections,” says Akif Cogo of St. Louis Bosnians, Inc., a local nonprofit community organization. “I think there will be a significant impact on presidential elections in Missouri.”

Historically, Missouri is a swing state. Prior to 2008, Missouri had voted for a century’s worth of winning presidential candidates, with only one exception. In 2008, Republican Sen. John McCain won Missouri’s electoral votes by fewer than 4,000 votes.

Since then, the first generation of children born to Bosnian refugees resettled in St. Louis have reached voting age and eight years worth of Bosnian immigrants have become naturalized citizens. While religion or ethnic background are not recorded as part of the voter registration process, Cogo has counted 10,000 Bosnian names in St. Louis-area voter lists. With some recent polls showing Clinton and Trump in a virtual tie in Missouri, 10,000 votes could become critical.

“Some reacted with fear, some of them with anger, and some of them were definitely confused,” says Ibro Tucakovic, a St. Louis-area insurance agent who, in 2015, became the first member of the city’s Bosnian community to run for elected office. “And especially the older generation from Bosnia, I’d say they’re scared and they’re angry because they have seen that kind of hate speech before. They have experienced first-hand what it can do to them, their families, and their country.”

Another view: Why the leader of a US Muslim coalition wants you to vote for Trump

Trump’s popularity among nationalists in Serbia has also alarmed some people in St. Louis’ Balkan community. During the Republican National Convention in July, a man wearing a “Make Serbia Great Again” hat was photographed several times.

In August, indicted war criminal Vojislav Seselj of the Serbian Radical Party led a march through Belgrade encouraging Serbian Americans to vote for Donald Trump. He gave the Republican candidate’s “support” of Russia as a reason for his endorsement. Russia has long been sympathetic to Serbian nationalists’ desire to retake Kosovo, which declared independence in 2008. Russia’s leadership has also been sympathetic to the independence aspirations of the Republika Srpska, the Serb-dominated constitutional entity within Bosnia-Herzegovina, and last year vetoed a UN resolution that would have declared the 1995 massacre of Bosniak men and boys at Srebrenica a genocide.

“When I first saw that, it was hard to believe,” Tucakovic says of Seselj’s march in Belgrade. “At first I thought it was a big joke. But after that silliness wore off, it was a bit scary because you can see that people who were responsible for ethnic cleansing in Bosnia and Croatia, they’re relating to someone who is OK with the hate speech and someone who says he’s a patriot.”

“Then you get a little bit scared, because these people can be sometimes dangerous,” he adds.

In the end, it may also be the Clinton name that secures the Bosnian and Kosovar community’s support. It was Bill Clinton who launched NATO strikes on Serbia to halt the ethnic cleansing in Kosovo, and many Bosniaks in St. Louis recognize his role in handling the refugee crisis that displaced hundreds of thousands of people.

“I mean, Bill Clinton basically saved the entire region. You think people are going to forget that?” Morina says. “She shares his name.”

“We appreciate Bill Clinton’s influence on the war,” says Halid Ajanovic, who came to St. Louis from the Bosnian city of Banja Luka in 1994. “He saved Sarajevo. I think that’s one of the reasons. Also, we consider that [Hillary] cannot be far away from his part, what he was doing. And personally, I like Bill Clinton in this period. We came here, we got the right to vote, everything. So that’s very important for us.”