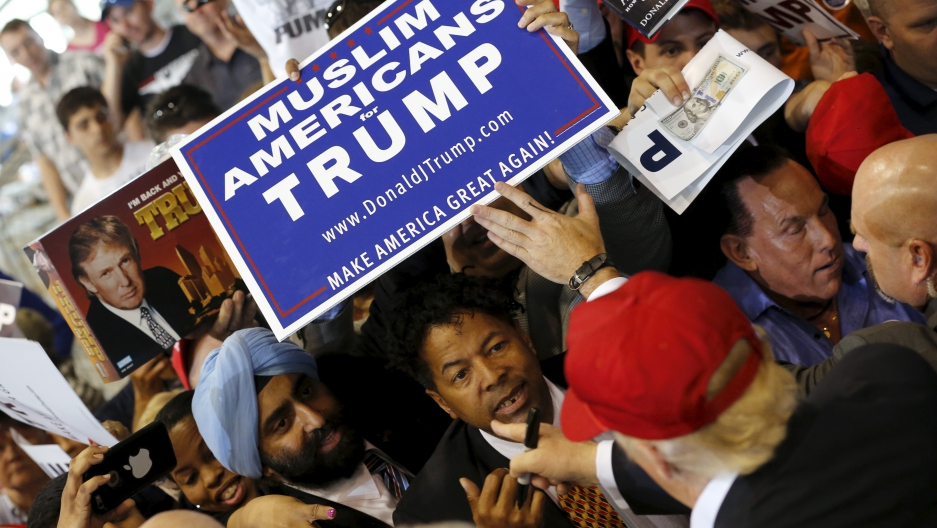 Considering that Donald Trump has called for a "total and complete shutdown of Muslims" entering the US, it's hard to imagine many Muslim Americans are ready to vote for him.

Saba Ahmed is trying to change that.

Ahmed is a Pakistani American lawyer and the founder of the Republican Muslim Coalition, an advocacy and lobbying group. She was a registered Democrat until 2011. One of the reasons she switched parties? Islamic values are better represented by the GOP, she says.

But Ahmed does say party leaders don't always make it easy for Muslims to feel included.

"A lot of us are very fed up with the policies and targeting of Muslims," she says. "A lot of them talk about Islam and Muslims as if we're some outside group, but we're very much American citizens and we just want to be part of the country. We're good law-abiding citizens and we deserve to have a seat at the table."

Pew Research Group data from 2014 found that only 17 percent of voting-age Muslims in the US identified with the Republican Party, while 62 percent leaned toward the Democrats.

Ahmed says she feels she has the support of the Republican Party behind her, and believes that Trump will ultimately back away from his proposal to ban Muslims from entering the country. He's already starting to play down the idea — last week the GOP frontrunner said the ban was "just a suggestion." Regardless, Ahmed says she plans to support the expected Republican nominee for president, and she urges other Muslim Americans to do the same.

We recently held a Facebook discussion with Ahmed about the role of Muslim Americans within the Republican Party, focused on the question of how the party could be influenced by Muslims from the inside. We asked: Should Muslim Americans be doing more to change the Republican Party? Why? People had a lot to say — check out our page for the full thread. Here are a few of the highlights:

Want to hear even more from the discussion? Listen to The World's social media editor talk with host Marco Werman about what our listeners had to say:

Anything to add? Continue to discussion on our Facebook page.