Lou Mavrakis, mayor of Monessen, needs to tear down some 400 blighted homes and 30 downtown buildings. He says he's appealed to federal elected officials for help, but has been ignored.

When Lou Mavrakis graduated from high school six decades ago, he went to work in a local steel mill. He earned a good wage and built a sturdy middle class life. That’s the way things worked in Monessen, a small city along the Monongahela River 30 miles south of Pittsburgh.

“This is where the blast furnaces were, over there, blast furnace over here,” said Mavrakis, driving around and pointing toward an empty landscape. The mills here once supplied steel for the Golden Gate Bridge.

Mavrakis, known locally as Mayor Lou, drives past rows of boarded-up homes with broken and blown-out windows. He said the city now has 400 blighted homes and 30 abandoned downtown buildings. He doesn’t have money to tear them down.

“All beautiful homes up here at one time when I was a kid. Now look at it, unreal. Just look, look at all this garbage. Forgotten world, that’s what we are. Just look,” said Mavrakis. “Does this look like the best country in the world to live in?” 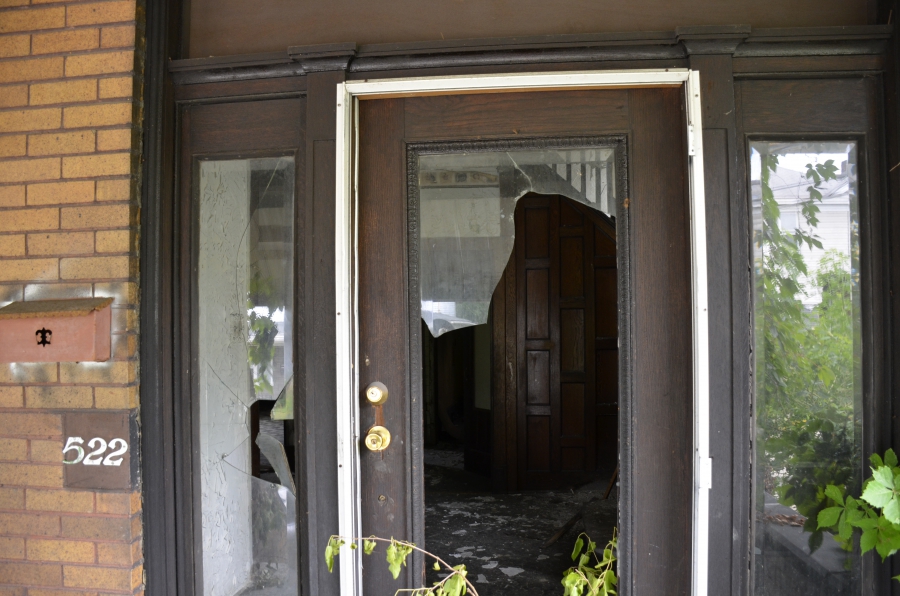 An abandoned home in Monessen, one of some 400 blighted houses in the city.

There are some nice parts of town, but the mayor said he needs tens of millions to restore basic needs in his city. He and others in Monessen are angry for being left behind in the age of globalization.

“Global economy my ass,” said Mavrakis. “What has it done for us? Nothing.”

The life-long Democrat said he appealed to members of Congress and has written three letters to President Barack Obama asking for help. But nobody responds. He’s desperate. So he reached out to Donald Trump.

“I’ll reach out to Putin if I have to; what would you do if you were in my situation?”

Trump answered the call and came to Monessen in late June. He made some bold promises to put America first.

The mayor liked what he was hearing.

“Why would you take care of other countries and let your country go like this? And you’ve been around, my city is not the only one,” said Mavrakis.

Monessen is a Democratic bastion, but many residents were also persuaded by Trump’s anti-globalization message. And they have yard signs to show it.

“You never saw a Republican sign in Monessen like that for president,” said the mayor, driving around and pointing out Trump signs on lawns. “You know what would happen? People would throw eggs at their damn house or something. But you don’t see that now. People don’t care. They’re pissed off.”

“At this point, I’d probably vote for Trump,” Mavrakis said. “Whatever you can do for me, you’ve got my vote. If you can’t do nothing for me, the hell with you. I’m telling it like it is.”

One long-time Democrat, Billy Hans, has already made up his mind: “I like Trump.”

The 58-year-old building contractor has never voted Republican for president, but he thinks Trump can bring some jobs back to this area. “It’s not going to be easy, but I think he can bring some back. He’s got to get companies to invest.” 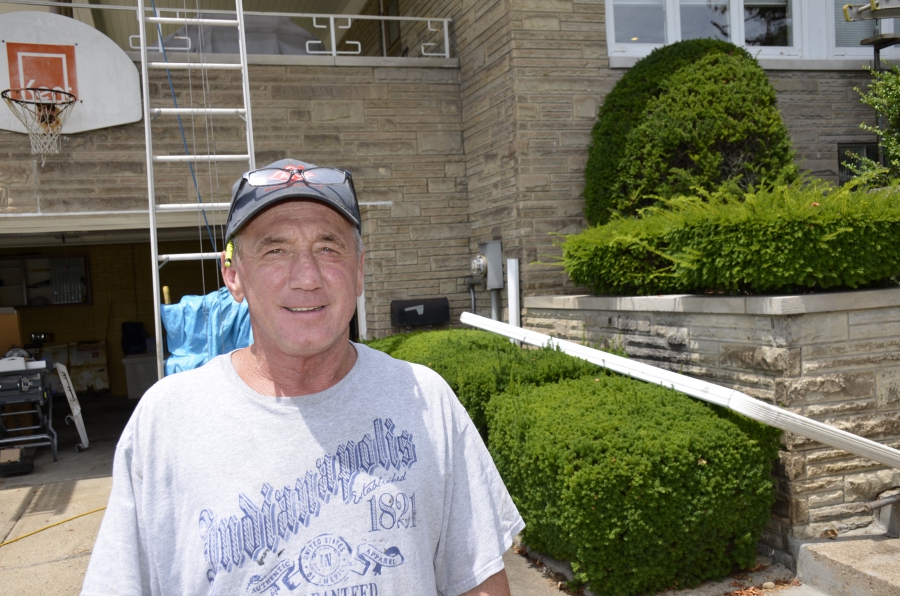 Contractor Billy Hans has never voted for a Republican for president. This November, he says he'll vote for Donald Trump.

“I like his [Trump's] ways. I like his thoughts on bringing the country back together again. I like him bringing jobs back,” said Hans. “The people that want to move their companies out, he wants to charge them for anything coming back in. He wants fair trade. So I think he’s a good prospect.”

But can Trump actually slow the tide of globalization and bring jobs back to places like Monessen?

“We’re not going to resurrect those giant steel factories — full of high school graduates and even high school dropouts — that used to ring Pittsburgh. That’s not going to happen,” said economist Lee Branstetter with Carnegie Mellon University in Pittsburgh and the Peterson Institute for International Economics in Washington, DC.

Branstetter said we don’t need as many manufacturing workers as we did a few decades ago, due to dramatic technological improvements. Second, a president needs congressional approval to levy tariffs on imports or amend trade deals.

The bottom line: Branstetter says a President Trump simply couldn’t do what he says he would, at least not on his own.

I suggested this to Trump supporters in Monessen like meter maid Nancy Horvath, another long-time Democrat. She didn’t care; she likes Trump’s message.

“I’m hopeful. No one has mentioned bringing back any manufacturing until he [Trump] did,” said Horvath. “Even if it’s just for face value to get votes, at least he’s going through the motions, that’s more than any Democrat did.”

Mayor Mavrakis said that’s what it’s all about.

“Is steel ever going to come back here? No. I understand that. The thing is he’s giving people hope that he’s going to do something about bringing some jobs here. That’s what the man is doing,” the mayor said. “No one else is doing that.” 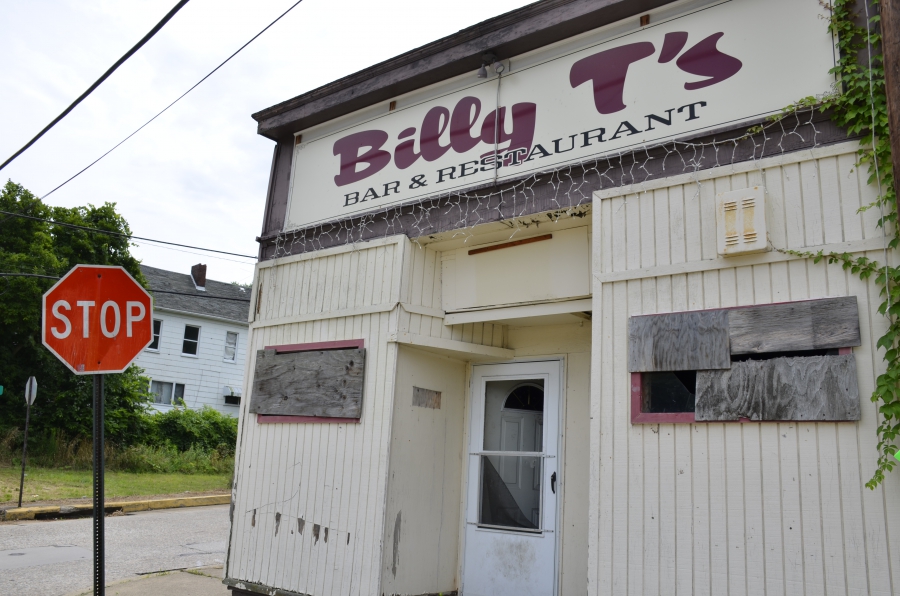 An abandoned restaurant in Monessen.