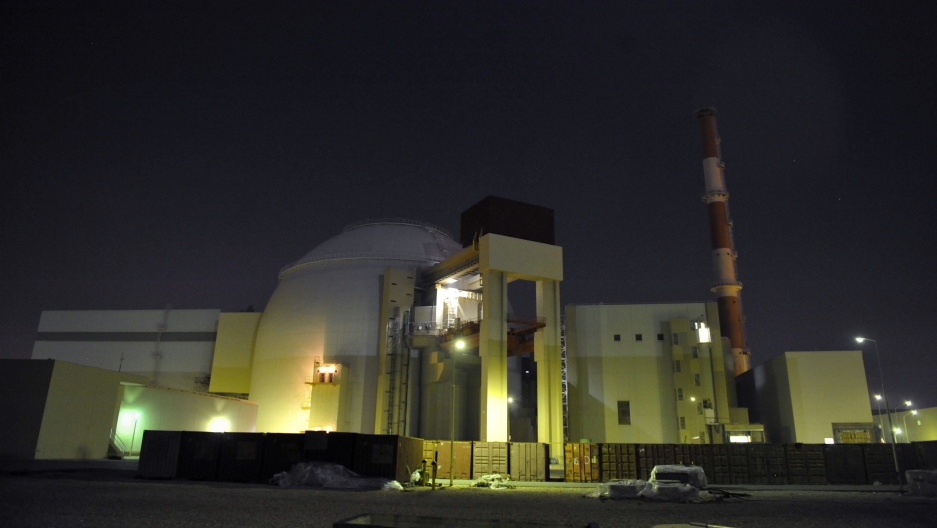 A general view of the nuclear power plant in Bushehr, Iran, about 800 miles south of Tehran

President Barack Obama has hailed the historic nuclear deal with Iran, but he was quick to note that deal is not based on trust, but on verification.

It’s something of a rehash of President Ronald Reagan’s old mantra when it came to negotiating with the Soviet Union during the Cold War: "Trust, but verify."

But how good are the inspection and verification mechanisms under this new deal?

Jacqueline Shire gives them two thumbs up. "I hate the expression ‘cautiously optimistic’ so I’m not going to use it. I’m just going to give you an unmitigated and unequivocal thumbs up."

Shire has made a career as an anti-proliferation official. She was the US member of the UN Panel of Experts on the Iran sanctions from 2010 to 2014.

"I think the first test is going to come in six months or so," says Shire, "when we’re going to look to the IAEA [the International Atomic Energy Agency] to find out has Iran fulfilled its commitments to discuss and address these lingering concerns about its past work."

"No-one should be naive," adds Shire, "about Iran’s ability to deceive the IAEA or others." She notes that Iran did deceive the world in the past.

Veteran diplomat Christopher Hill says the singular focus of the nuclear deal does not preclude eventual progress on other fronts. "In the fullness of time, I think what the Iranians are looking for is a normalized relationship with us, so I think what you're going to see is that this agreement will spawn other discussions, often not publicized, to get a handle on Iran's very nefarious behavior in the Middle East." That includes support for the terrorist group Hezbollah and for some of the Shia militia groups in Iraq.

Hill, currently head of the Josef Korbel School of International Studies at the University of Denver, has negotiated with North Korea and was part of the team that negotiated peace in Bosnia. "I think, ultimately, what we need to make clear to Iranians, is that we can never go forward toward any kind of normal relationship as long as they're supporting terrorist organizations, that this along with illegal nuclear programs, are simply a red line for us."

Some Congressional critics of the nuclear deal with Iran believe that abandoning sanctions is effectively giving away the store and makes progress on any other fronts impossible. Hill disagrees.

"I think first of all it's pretty clear that sanctions have not really slowed down their nuclear program. By all accounts, they've been able to build centrifuges like there's no tomorrow. So I don't think sanctions have been effective there." Hill thinks sanctions have ended up punishing Iran's middle class and enriching the Revolutionary Guard. "In any sanctions regime, you have people who are sort of taking the place of normal business commerce and making money on sanctions. For example, in Serbia, Milosevic' cronies got very rich on UN sanctions."

Hill has sat across the table from North Koreans and Serbs like Slobodan Milosevic.  "It's especially difficult to deal with people that frankly speaking, you are looking for a transaction, and you're not really looking for an eventual relationship. I like to think that maybe there's a little more scope in dealing with Iran."