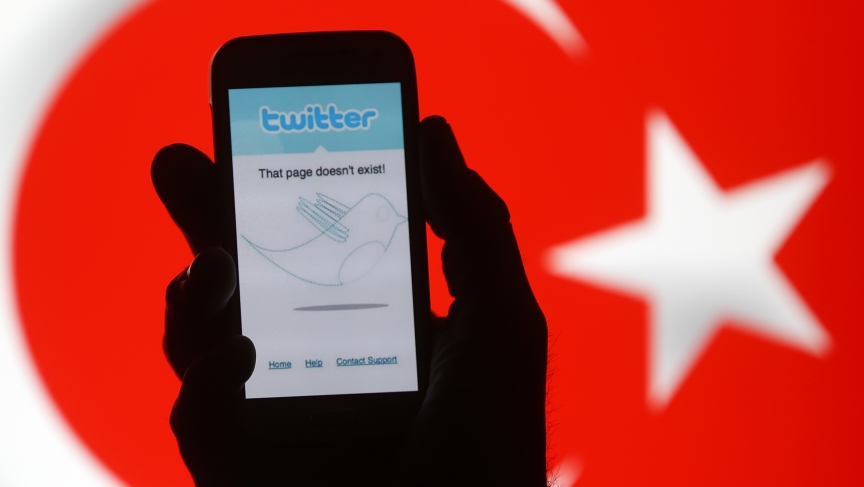 A phone displaying a Twitter error message is show in front of the Turkish national flag.

"We will wipe out all of these social media sites.The international community can say this or that, I don't care at all. Everyone will see how powerful the Republic of Turkey really is," Erdoğan said at the time.

In the end, the attempted ban was widely criticized, massively unsuccessful and, eventually, reversed. Twitter is now fully functional in Turkey again, and reports show the ban actually increased Turkish Twitter use during the controversy, when users accessed the site using alternative pathways.

But the news isn't all bad for Erdoğan, who is currently suing his own country over its failure to comply with his request to remove the content. Twitter officials recently visited Turkey and agreed to block, in Turkey, the accounts that tweeted the alleged conversations.

But now, supporters of the prime minister have launched a social media platform of their own: AKPitter, an alternative micro-blogging site that's had success just days after its launch.

Dalia Mortada, a reporter based in Istanbul, spoke with AKPitter founder Tahsin Çetinkaya. Though Çetinkaya insists AKPitter is not affiliated with Erdoğan or the ruling Justice and Development party, its homepage features a regal looking shot of the prime minister. Its name, too, is an obvious play on the party's Turkish language acronym, the AKP. According to Çetinkaya, the site already has around a million users.

When you log on to AKPitter "you'll see a lot of photos with Erdoğan's picture in them," said Mortada, "and people who say they've left Twitter because they don't like the immoral behavior of Twitter, how [it] allows accounts to stay on that maybe they don't agree with or they think aren't complying with Turkish laws."

Given Twitter's massive popularity in Turkey, the launch of AKPitter is unlikely to be the end of Erdoğan's war on social media. And while he may have lost his battle to block the site, his followers have won partial success creating their own. The lesson for everyone in this battle, it seems, is an an old one. As the saying goes, "if you can't beat them, join them."