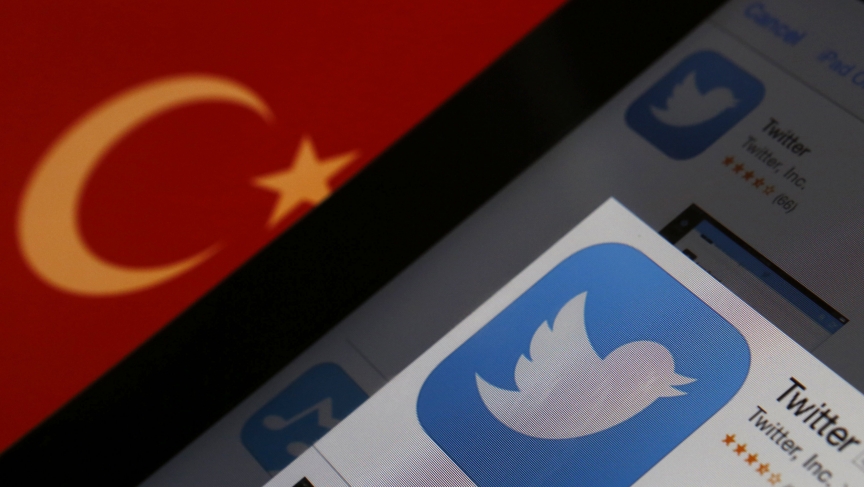 Turkey's courts have blocked access to Twitter a little over a week before local elections as Prime Minister Recep Tayyip Erdoğan battles a corruption scandal.

The Turkish government just picked a fight with the Internet.

Hours after the embattled prime minister warned he would “eradicate” the popular social media site Twitter — which his political enemies have used to post damning evidence in a corruption scandal — the website went dark in Turkey. Sort of.

Within minutes, national newspapers posted easy workarounds and Turks were once more tweeting like mad. Now hashtags like #TurkeyBlockedTwitter and a few variations are trending worldwide.

Twitter — and social media in general — is something Prime Minister Recep Tayyip Erdoğan loves to hate. Despite calling it a menace during last spring’s Gezi Park uprising, his ruling AK Party is pretty tech-savvy.

They have to be. Turkey is a very wired country, and with some of the highest rates of users in Europe, political battles are often waged in the Twittersphere. But a corruption scandal broke last December that implicated the government in widespread graft and captivated the Twitterati.

Damning evidence continues to surface every few days — on YouTube, Facebook and Twitter — of wiretapped calls among the prime minister’s inner circle talking about how to hide their ill-gotten gains. Some conversations have included the prime minister himself.

Thursday, Erdogan had enough. At a rally for upcoming local elections, he vowed to use a new Internet law passed last month to take Twitter down.

“Twitter, Schmitter! We have a court order now. We will wipe out all of these sites,” he declared to thunderous applause. “The international community can say this or that, I don't care at all. Everyone will see how powerful the Republic of Turkey really is.”

But some 40,000 websites are already barred by the government, so many people in Turkey know exactly how to change their Internet settings to avoid censorship.

That’s why Istanbul resident Aylin Vural said, despite the ban, little will change.

“I am a Twitter user for a very long time,” she said. “It is now blocked because people were sharing their opinions there. He thinks we cannot criticize him if he shuts down Twitter but nothing will change with this ban.”

The absurdity doesn’t end there.

Earlier Friday, Abdullah Gul, the president of the country whose powers are largely ceremonial, condemned the decision. On Twitter.

His Tweet said that he knows how to fiddle with his computer’s settings too. And that banning social media sites isn’t appropriate. President Gul is a political ally of Erdogan, though the two often air their differences in public.

So why did the government ban Twitter? Some of the wiretaps posted on YouTube — and broadcast on Twitter — showed the prime minister browbeating media executives about their political coverage and them kowtowing to his pressure.

Amnesty International’s man in Turkey, Andrew Gardner said Twitter — and the Internet in general — is one sphere the prime minister can’t silence with an angry phone call.

“The government can’t sort of mete out the intimidation and threats they do on the national media and so that’s why it represents such a threat for a government, which is increasingly authoritarian and engaged in control freakery,” he said.

A lot of people here are taking the news in stride, even with wry amusement. And online it appears to be business as usual.

Cyber critic Erkan Saka, who lectures at Istanbul’s Bilgi University, said the government isn’t strong enough to effectively shut down social media. But he warns this could go further.

“What I am more anxious about is that they might try to criminalize these circumvention practices,” he said.

Saka says people are becoming wary and self-censorship is an issue.

“It’s already a trend that I see," he said. "More and more anonymous accounts (are being set up) on Twitter, instead of people using their real names because of possible intimidation.”

Already spoofs of the debacle are popping up — including this arcade game where one pilots a flappy bird in the shape of Erdogan’s head through obstacles. When you die, a high-pitched voice squeals that the people of Turkey are little more than the hairs on Erdogan’s posterior.

It’s a real comment from an interview with an elderly fan at an Erdogan rally last year, which just goes to show that, Twitter or no Twitter, the guy has die-hard supporters.