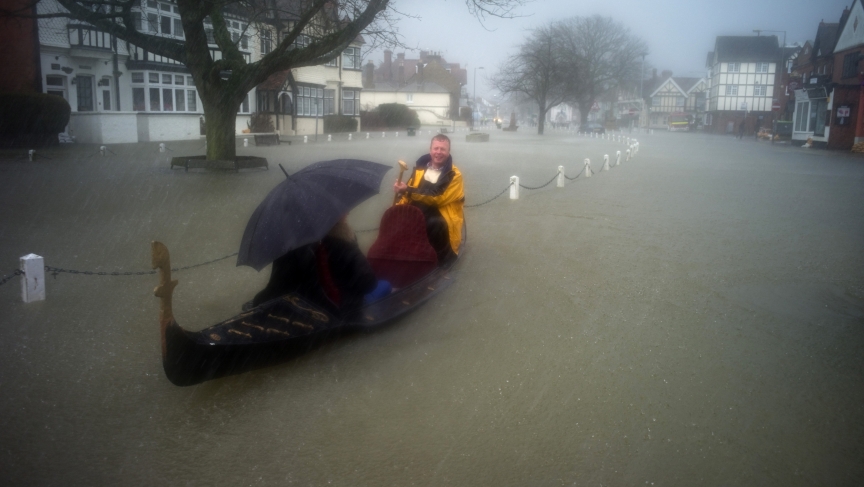 A couple paddles in a gondola through the flooded central square in the village of Datchet in Berkshire, southern England on February 12, 2014.

The Church of England is taking sides on climate change.

If it must, the Church announced, it will withdraw investments from companies that aren't doing enough to combat what it calls the "great demon" of climate change. For the moment, though, the Church's investment group isn't pulling its funds out of fossil fuel and other companies linked to climate change.

Church officials they can make a bigger impact by engaging, rather than withdrawing — for now.

"Make no mistake, we reserve the final option of disinvesting from those particular companies who resist change," the Reverend Canon Professor Richard Burridge told the Guardian.

In Spain, a beautiful seamstress from another era has created a sewing revival

Sewing your own clothes is becoming increasingly popular in Spain — thanks to a popular period drama. The series, The Time Between Seams, tells the story of a beautiful streamstress, Sira, who becomes a spy. It's set in Spain, Morocco and Portugal during and after the Spanish Civil War of the 1930s.

Viewers were hooked from the opening monologue, in which Sira says, cryptically, "I never imagined that destiny would lead me to risk my life crossing a foreign city with an arsenal of pistols strapped to my body." Amazon.com says the show has led to a big increase in demand for sewing machines, as a new generation of aspiring seamstresses seek to recreate the outfits made by Sira, reports PRI's The World.

Canada to put bitcoin payments under the microscope

Canada is planning to monitor large bitcoin transactions in an effort to prevent the virtual currency from being used to finance terrorism or to launder money. This isn't really something particular to bitcoins, though. The Canadian government already monitors other transactions in excess of about $10,000 — and there's a proposal to use a similar threshold for transactions made in bitcoins and other virtual currencies. The decision follows a nearly five-year investigation by the Canadian Senate Committee on Banking, Trade and Commerce into virtual currencies, according to the Globe and Mail newspaper.

Most of us remember Shirley Temple as the little girl with golden ringlets and charming dimples, star of films including Bright Eyes and Stand Up and Cheer. But after retiring from films at the age of 21, Shirley Temple Black went on to have a successful career as a diplomat. She was appointed ambassador to the former Czechoslovakia in 1989 — a position she held until 1992, right before Czechoslovakia dissolved into the Czech Republic and Slovakia.

She came to the job at a dramatic time in the country's history. She arrived in Prague just four months before the Velvet Revolution of 1989 began, which ultimately led to the end of communism in the country and the country's split. PRI's The World spoke to the former Czech Ambassador to the UK, Michael Žantovsky, about his memories of her time as ambassador.

Legal euthanasia for children could soon be a reality in Belgium, if laws ending age restrictions on who can ask to be put to death are passed later this week. It's already legal for adults to request euthanasia, and there appears to be considerable support for extending that right to children.

But that's provoked many uncomfortable questions and even street protests from those opposed to the change. They worry vulnerable children could be forced into choosing euthanasia. Dr. Gerland van Berlaer, a prominent Belgian pediatrician, has defended the proposal, though, saying it will only apply to teenagers in the end stages of terminal diseases, according to the Independent. The legislation appears to have broad support.

Xinjiang province in western China was rocked by a powerful earthquake early Wednesday. The tremblor measured 6.8, but was centered in a sparsely-populated area, according to the South China Morning Post. There were no immediate reports of casualties, but not many are expected. 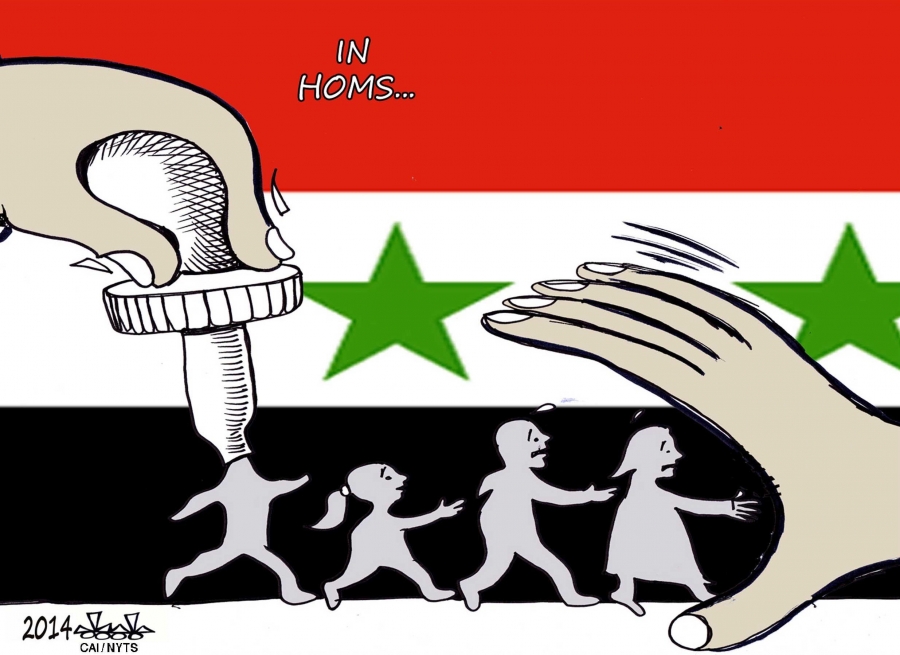 One cartoonist's image of the evacuation of the besieged, decimated Syrian city of Homs.