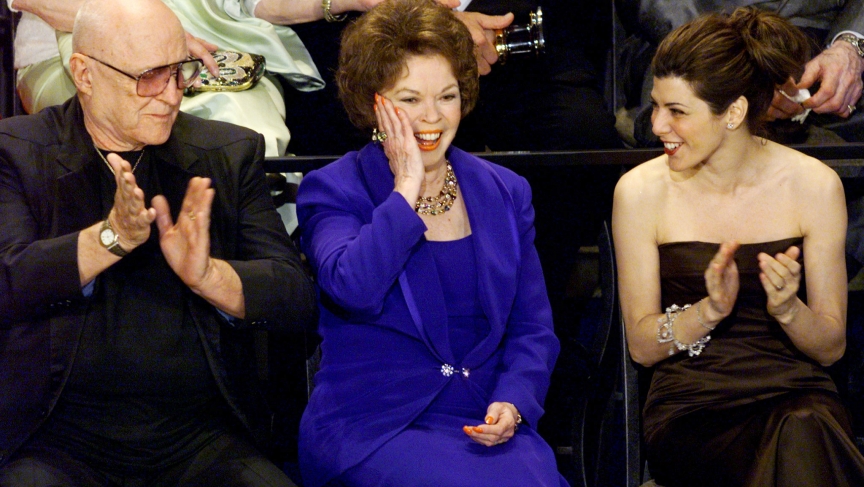 The late actress and diplomat Shirley Temple Black reacts to being introduced as she sits with Rod Steiger and Marisa Tomei during the 70th annual Academy Awards March 23. Seventy former Oscar winners gathered on stage during the show. Temple Black won her Oscar in 1934.

Shirley Temple Black gained fame as the little girl with golden ringlets — 52 of them, to be exact — who charmed the world with her dimples and positive attitude. But her impact extended far beyond the silver screen.

While most will undoubtedly equate her with tap shoes and velvet dresses, as an adult it was be Czechoslovakia’s Velvet Revolution that left an impression on Black.  She was appointed ambassador of the former Czechoslovakia in 1989 and served until 1992.

“She had been in Prague just four months when the revolution started,” said Czech Ambassador to the UK, Michael Žantovsky.

Žantovsky was a spokesman in 1990 for the final Czechoslovakian president, Václav Havel, and met and worked with Black frequently. Before the revolution, she had sympathized openly with the opposition movement, said Žantovsky.

“Afterward she became one of the architects of the relationship between the new Czechoslovakia and the United States,” said Žantovsky. Havel went on to be the first president of the new Czech Republic.

The ’89 Velvet Revolution was not Black’s first experience with protests in Czechoslovakia. She also happened to be in the country on August 20, 1968, and witnessed the Warsaw Pact countries invade Czechoslovakia during the Prague Spring.

Black was impatient for the revolution that finally swept the country in 1989, said Žantovsky. Diplomatic cables she sent two weeks before the revolution reveal impatience at the slowness of protests. It turns out, she just needed to give it a little more time.

“That happens to all diplomats; our crystal ball is faulty,” Žantovsky said.

While Žantovsky worked and socialized with Black on many occasions, he was never truly familiar with her childhood career.

“I think I missed out on the Shirley Temple Black child star phenomenon,” he said. “I was the generation of the ‘60s, so Presley and the Beatles were more of our type of things.”

Still, he has warm memories of Ambassador Black, both from their time in Prague and later on a trip he took to her home in California.