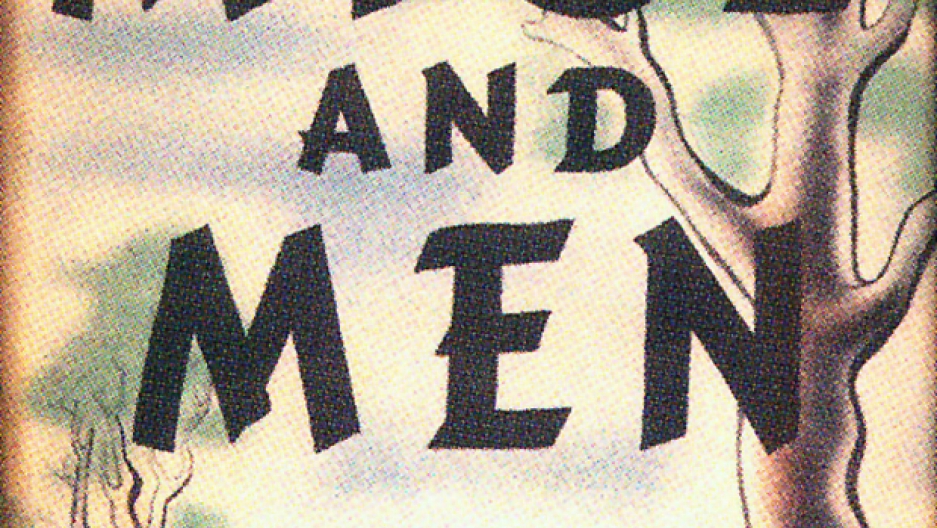 John Steinbeck's Of Mice and Men includes Lennie, who is mentally retarded, as a main character.

The Supreme Court ruled in Atkins v. Virginia in 2002 that it was unconstitutional to execute a criminal who was mentally retarded because it violated the Eighth Amendment’s ban on “excessive” punishment.

But it fell to the states to decide what would constitute retardation under the law. In Texas, the job of defining who could and couldn’t be executed fell to the appeals court.

Cathy Cochran was the judge who wrote the state’s opinion, and she cited one of her favorite novels, John Steinbeck’s Of Mice and Men, for guidance.

Of Mice and Men tells the story of Lennie Small, a big, strong, but mentally disabled ranch hand in California, and George, another ranch hand who takes him under his wing. Lennie is childlike — he loves little animals but often crushes them.

He kills a woman without quite realizing what he has done, and in the end, George shoots Lennie out of mercy, ahead of the posse that is hunting him down.

“Most Texas citizens might agree,” Judge Cochran wrote in what is known as the Briseño decision, “that Steinbeck's Lennie should, by virtue of his lack of reasoning ability and adaptive skills, be exempt.”

In taking the severely retarded Lennie as a standard, though, disability advocates say that Texas has executed individuals who are less profoundly retarded, but deserve protection under the Supreme Court’s Atkins decision.

Margaret Nygren, head of the American Association for Intellectual and Developmental Disabilities, points out that retarded people may be capable of telling a lie or planning a crime, but “they may not quite understand that the person interrogating them is being less than truthful. They may not be able to make eye contact. They may be so agreeable and wanting to please those around them that they are unable to successfully contribute to their own defense.”

“To judge anything based on a piece of fiction, I think, is a stretch,” he said. “And I think it would’ve made my father extremely angry.”

A bill in the Texas Senate right now would do away with Judge Cochran’s "Lennie test," adopting a more scientific standard of retardation in deciding capital punishment cases. The bill is sponsored by two Democratic senators, but the conservative editorial page of the Dallas Morning News also endorsed the bill, writing “Texas is outlier enough on capital punishment without using literature as a guide for who lives and who dies. It’s time for a legislative fix that removes Lennie from Texas law.”

That would be a relief to John Steinbeck, who, according to Thomas, opposed the death penalty in every case.

“I remember once my father saying 'If you have to take another man’s blood to make your point, you haven’t thought out the question very thoroughly,'" he said.