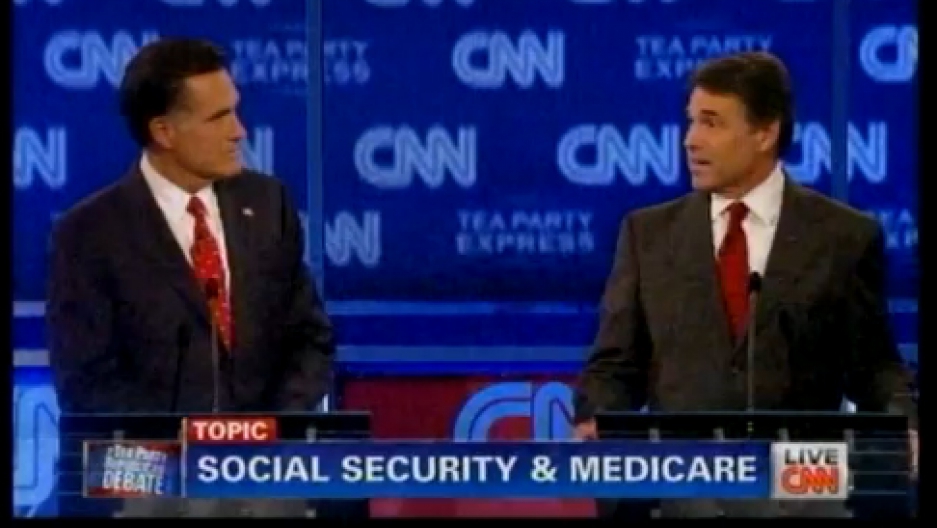 The GOP presidential candidates faced off last night before an audience of 1,000 Tea Party activists in Tampa, Florida. Gov. Rick Perry, who has surged to the front of the race since entering last month, faced heavy scrutiny from his seven challengers over his record as governor of Texas, including a state order to vaccinate girls against HPV and college tuition for the children of illegal immigrants.

Mitt Romney, the other front runner, criticized Perry over his past assertion that Social Security is a "Ponzi scheme."

While Michele Bachmann seemed more direct her appeal to the Tea Party -- saying several times during the debate that she was the founder of the Tea Party Caucus -- Doug Guetzloe, co-founder of the Florida Tea Party, told The Takeaway there isn't a clear favorite yet for the party.

"The Tea Party itself, I think collectively, is waiting for someone to emerge that is a hundred percent on a lot of the issues, and I don't think that is really going to occur -- it rarely really does in politics," Guetzloe said. "So I think what you're going to have is what Ronald Reagan used to call the '80 percent factor' -- if you can agree with someone 80 percent of the time then you've got a friend in politics."