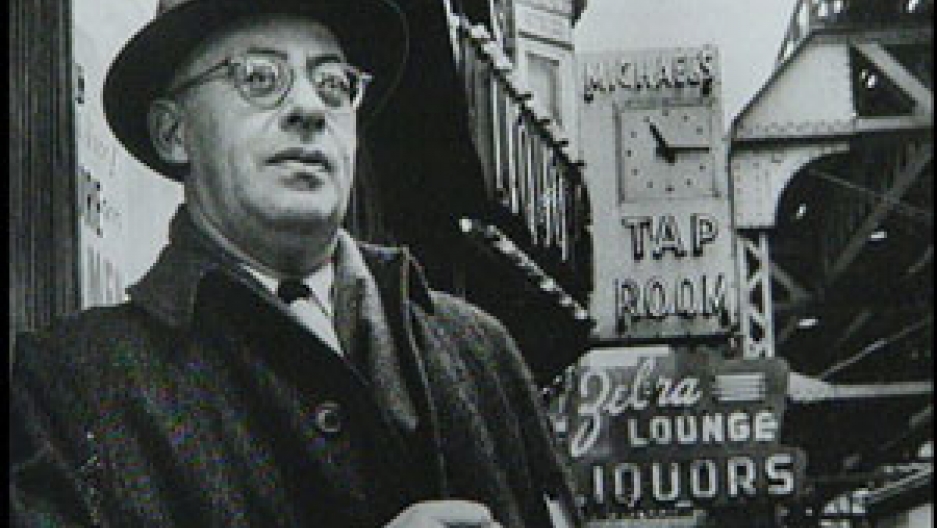 Some call Saul Alinsky the "father of community organizing." Both Barack Obama and Hillary Clinton are said to have been influenced by his methods and teachings. Sarah Palin famously disparaged Obama as a "community organizer," saying that the job had no real responsibilities. At the same time, many in the Tea Party have used those same organizing tactics to disrupt supporters of Obama and Clinton.

In person, Alinsky was "a delightful man," Nicholas Von Hoffman, author of Radical: A Portrait of Saul Alinsky, told PRI's Here and Now. "He was a very strong man. You always knew that he was the boss, on the other hand, he always wanted you to say what you really thought." Von Hoffman, who learned about organizing from Alinsky, said it was fun to walk with his teacher into room of important people. "It was sort of like you walked in the room with Atila the Hun."

"One of the things that Saul was very good at doing was shaking up the other side, getting on their nerves, rattling them so they would take a false step which he could use politically," Von Hoffman says. That may be what is so attractive to people of all political stripes.

First of all, go out, find out everything you can about the people you hope to work with. And learn enough so that you do the things necessary to bring those people together into an effective organization.

He did have rules, though. For example, Von Hoffman says, "Do not get your people get in jail, unless you have a way to get them out of jail." He also had ways of getting attention, including "ridicule is man's most important weapon," and "after people, not institutions." Von Hoffman says, "You want to personalize the enemy whenever possible."

One place where some new organizers might be going wrong is that Alinsky always left room for negotiation. "Saul always said," according to Von Hoffman, "remember, 'you've got to leave a back door for the other side to get out of. You do not want to trap your opponent, because you'll trap yourself.'"

Alinsky also had "little patience" for ethnic or religious divisions. Von Hoffman says, "He did not believe that any good would come of that."

What Alinsky wanted to do was win. More than a method, he liked victory. "Saul liked winning," according to Von Hoffman. "He could not stand moral victories."