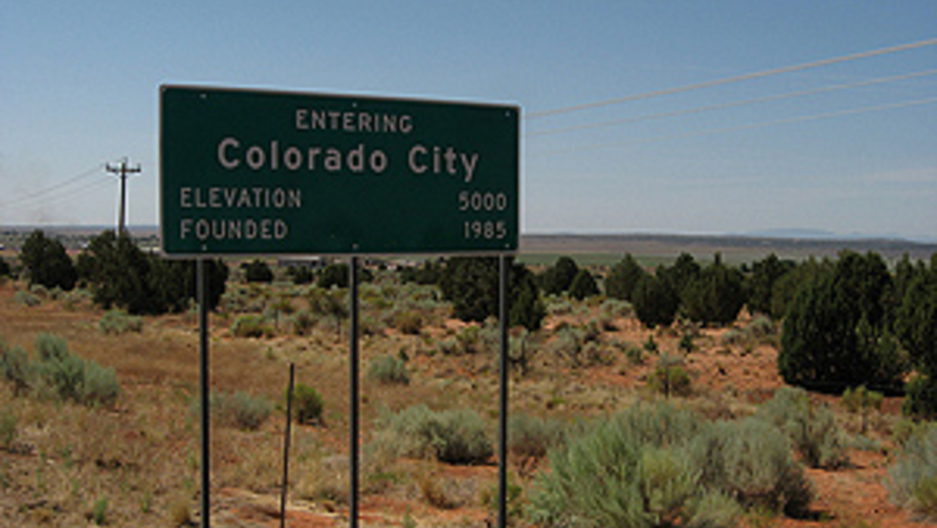 The FLDS make of the majority of residents in Colorado City, Arizona. (Image by Flickr user Ken Lund (cc: by-nc-sa))

According to researchers at Brigham Young University, an estimated 30,000 to 50,000 people live a polygamist lifestyle in the US. Many polygamists live in sects splintered from the Mormon church after it renounced polygamy in the 1800s. Those sects believe that Joseph Smith had a revelation that, in order to replenish earth and the celestial afterlife, men should have as many children and wives as possible.

"Our whole life's goal and aim is to make it to the celestial kingdom, and become gods and goddesses in our own right, and have our own children," said Zelpha, one of 25 wives of a patriarch in a Canadian community profiled in a film on the National Geographic Channel.

National Geographic also gained access to a large polygamist group in America after consulting with Warren Jeffs, the imprisoned prophet of The Fundamentalist Church of Jesus Christ of Latter Day Saints (FLDS). Many Americans learned about the group after a raid at Texas' Yearning for Zion Ranch in 2008. That raid led to charges against church members for bigamy and sex with minors.

Journalist Scott Anderson, along with photographer Stephanie Sinclair, spent time in FLDS communities in Colorado City, Arizona; Hildale, Utah; and the Yearning for Zion Ranch in Texas. He wrote about his experience in February’s "National Geographic."

"It's a very wholesome environment; there was very much an outdoor lifestyle; kids helped in the community with projects -- they'd bring in harvests," said Anderson. "But then, whenever it starts feeling very normal, I'd encountered situations like two sisters married to the same man; I interviewed a mother and daughter married to the same man -- it wasn't incest because the mother had been transferred from another husband, and the daughter married the same man six months later."

Within the sect, the practice of reassignment was not uncommon. Reassignment occurs when a man is deemed unworthy by the community's prophet, and his wives and children are transferred to another man. Because of this, says Anderson, the men he encountered in the communities seemed cowed.

"When you have some men who are married to 10 or 20 wives, it means there are other men who are kind of out of the pool, so they're in intense competition with each other," Anderson explained. "And if the prophet is the only person who can ordain these marriages, a lot of the men have this idea that the best way [to] stay on the good side of the prophet is to keep a low profile. It also shows the incredible power that Warren Jeffs had over the followers."

While Anderson saw no physical restraints on members in the communities, he felt a tremendous degree of social coercion through isolation. For members, leaving the sect meant walking away from everything they've ever known.

"Certainly the women don't have the kind of life skills to be able to function really in the outside world," said Anderson.

However, he also found members of the FLDS incredibly industrious, and the communities have developed a number of ways to financially sustain themselves.