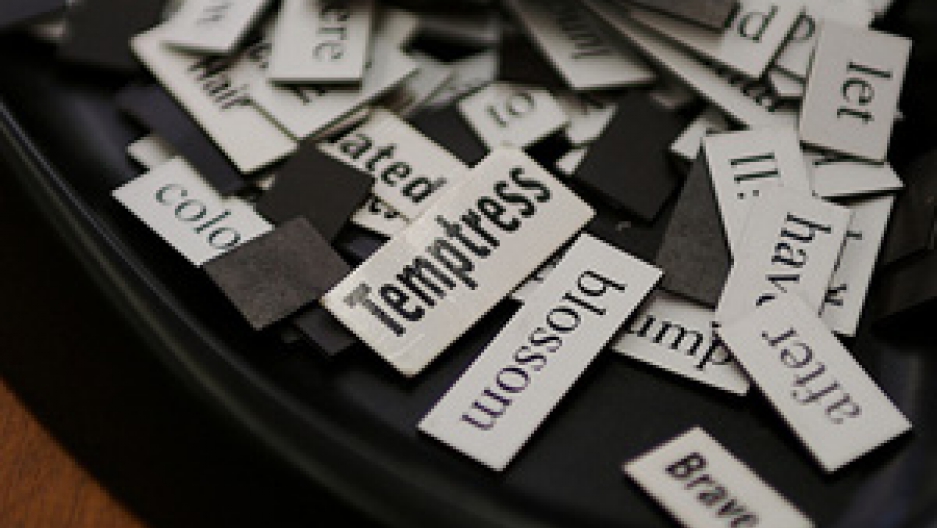 In 2007, "subprime" was the word of the year. When Pluto was demoted from planet status in 2006, being "plutoed" won that year. Stephen Colbert coined 2005's word, "truthiness."

These were all past winners of the American Dialect Society's World of the Year Award. What will be this year's word? Well, this year, it might have to be more than one word.

"We've got a whole range of different things that we were talking about this year," said Ben Zimmer, executive producer of the Visual Thesaurus and a member of the Executive Council of the American Dialect Society.

"We had political words and phrases -- things like "death panel" to "public option" when we're talking about the health care debate -- to other things that had to do with particular news stories that caught our interest, everything from "Balloon Boy" and "Octomom."

When it comes to scandals, the "mini-Madoff," or somebody who perpetrates a Ponzi scheme or some other financial scam, but on a smaller scale than Bernie Madoff, is a popular one. And let's not forget the phrase made famous by South Carolina's Governor.

"In fact, we're going to be voting in various different categories for the American Dialect Society," said Zimmer. "Not just for Word of the Year, but for many other categories like Most Useful, Most Likely to Succeed; and we do have a category for Most Euphemistic. I think that 'hiking the Appalachian Trail,' which was the alibi we all remember, that Governor Mark Sanford used to cover up his trip to Argentina to see his mistress -- I think that's a front runner for most euphemistic term of the year."

The Oxford University Press has already selected its word for the year: "Unfriend," or when somebody deletes a person from their online social networking group.

"I think that's a great choice," said Zimmer. "In fact it shows a lot of the creativity of language. We see that the 'un' prefix, which is a very old prefix, can be used to mean 'to undo' some sort of action. So you can 'unfriend,' you can also 'unfollow' someone, you can 'unfavorite' something -- so we can see that this very old prefix ends up being used in lots of new ways as people are finding new actions that they want to take back on social media sites like Facebook or Twitter.

"Twitter itself has generated lots of new vocabulary. In fact it's generated its own new prefix: 'Tw' can be attached to all sorts of words. So you can talk about 'tweeps' or 'tweople,' or an interview conducted on Twitter would be a 'twinterview.' So these are all new aspects of what they call the 'twitterverse,' the universe of Twitter."

In preparation for the end of the decade, the American Dialect Society is also considering its Word of the Decade.

"There are some obvious front runners I think," said Zimmer. "It's hard to dispute the success of a world like 'blog,' which was a very new word at the beginning of the decade and then it's now everywhere. We have 'Google' used as a verb. Those are pretty obvious candidates that have really taken off.

"Also at the beginning of the decade, '911,' a number but used as a word has had huge impact. And even a common word like 'green' when used in all sorts of different ways, combining with other words to describe environmental aspects of different things, 'green' has been used as this very productive combining form."

The American Dialect Society will be voting and making its announcement on January 8, 2010.