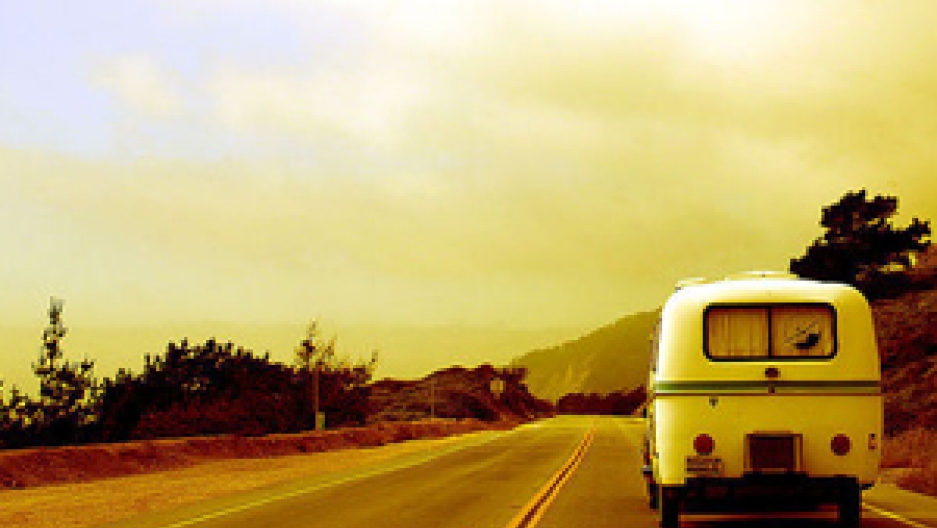 Americans are becoming less nomadic -- less willing to relocate away from home than at any time since 1942, when the government first started tracking America’s comings and goings.

Joel Kotkin, calls it 'the new localism' and says that this new cultural attitude is profoundly re-shaping the country. Kotkin is presidential fellow in urban futures at Chapman University. His upcoming book is "The Next Hundred Million: America in 2050."

One reason for the trend, according to Kotkin, is that the population is getting older, and as people get older, they tend to move less often. This includes the "sun birds," or older people who retire to warmer climates.

"One of the interesting things you see for instance in suburbs now, is people are aging in place," said Kotkin. "So this idea that well, once you turned 55 and your kids are out of the house; you grow a ponytail, get a Porsch and move downtown -- that probably isn't really happening very much.

Technology is another factor, as it allows more and more people to telecommute and work from home.

"The last 100 years is really a historical exception, where we accepted the idea that we would spend a long period time commuting by car, bus, or train to work. Actually, through most of history, people didn't go very far to work. Of course initially they had to walk."

The idea of community will strengthen, says Kotkin, as less time commuting to work means people will have more time to participate in community activities.

"But whether you're in Brooklyn or in Grand Forks, North Dakota, this idea that your community really matters, that this is a huge part of your life; that you shop and do things in your community, I think is going to be increasingly something that will be at the center of people's lives."

The new localism has implications for local politics, as, Kotkin says, people will focus on problems closer to home.

"I think as we go longer term, the people in America are profoundly local and would like to solve their problems as much as possible on the local level, and to have democracy be closer to them as opposed to farther away."