On a recent summer evening in Vilnius, Lithuania, a small group of protesters outside the Belarusian Embassy chants against the dictator back home.

They are draped in the red-and-white flags that have become synonymous with resistance to the rule of President Alexander Lukashenko. Passing drivers honk their horns in support.

In the last year, the Lithuanian capital has become a hub for the Belarusian opposition. Ever since winning a sixth term in an election that the White House and most Western countries deemed a sham, Lukashenko has been brutally cracking down on opposition both at home and abroad.

Many have fled over the border to neighboring Lithuania and sought humanitarian protection, but this doesn’t necessarily guarantee peace of mind.

Leading Belarusian presidential candidate Svetlana Tikhanovskaya, who recently met with US President Joe Biden at the White House, is based in Lithuania.

But this comes with an added sense of risk. In May, a commercial flight en route to Vilnius carrying dissident journalist Roman Protasevich was ordered to land while in Belarusian airspace. The journalist and his girlfriend were taken off the plane by security officials and arrested on the orders of Lukashenko.

In the Belarusian capital of Minsk, Maria Kolesnikova, a prominent opposition figure, has just been sentenced to 11 years in jail.

For protester Tatsiana Ihnatsyeva, it’s actions like these that fortify her activism against Lukashenko’s government.

“They have fabricated thousands of criminal cases.”

“They have fabricated thousands of criminal cases,” Ihnatsyeva sighed. 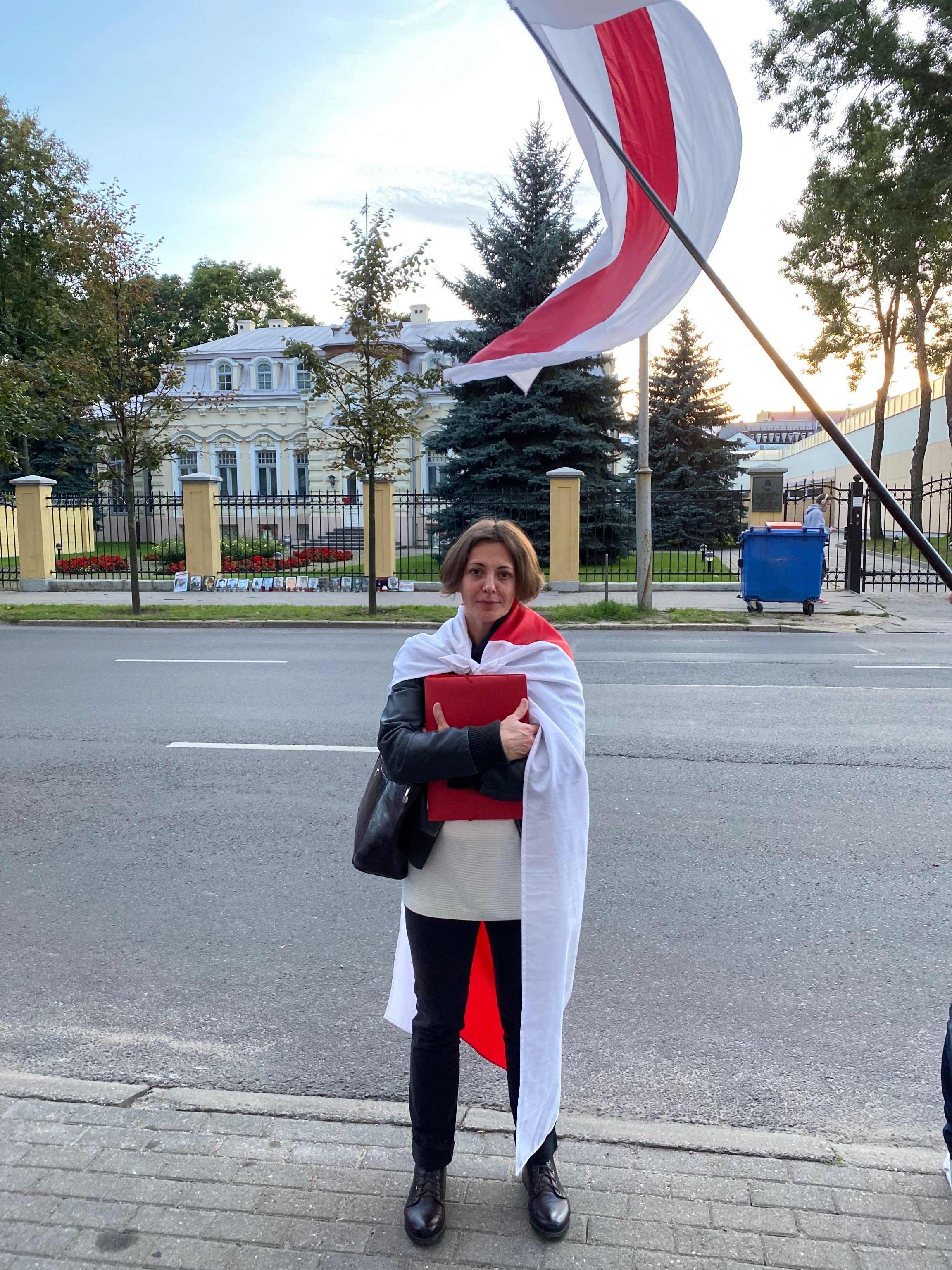 Tatsiana Ihnatsyeva, a protester in Vilnius, fled Belarus to Lithuania in October last year after she was the target of a criminal investigation for collecting signatures for the opposition movement.

Ihnatsyeva fled to Lithuania in October last year after she became the target of a criminal investigation for collecting signatures for the opposition movement.

For her and others in a similar predicament, she said, “We cannot close the door or turn the page. We know that we cannot influence the authorities much, but we do express our solidarity [with the opposition].”

She said she plans to continue to fight: “My friends in Belarus always say it’s very important because they can see that nothing is forgotten, and nothing will be forgotten.”

‘A sense of danger’

Vyacheslav Zhukov works for the A Country To Live In foundation. It helps train activists to organize inside Belarus, and support those who have fled. He has refugee status in Lithuania, but he is still wary of being targeted by Lukashenko’s government.

“When I see a car here with Belarusian license plates,” he said, “first I open [the] Telegram [app],” a secure messaging service that activists use to share information.

“There are lists [in the app] of policemen and KGB agents’ cars, and I am trying to find matching plates,” Zhukov continued. “If I don’t find any, then maybe he’s a friend, I don’t know.”

Belarusians have fled to Lithuania, Poland, Ukraine and elsewhere.

In August, police in Ukraine launched a murder inquiry after the leader of a Belarusian human rights organization was found hanged in a park in the capital, Kyiv. It spread fear among exiled Belarusians. It also raises questions for the governments hosting them.

Lithuanian Foreign Minister Gabrielius Landsbergis said that his government’s hosting of the Belarusian opposition, as well as lobbying for sanctions, has brought it into direct confrontation with Minsk, and they fear Lukashenko’s operatives staging a provocation. 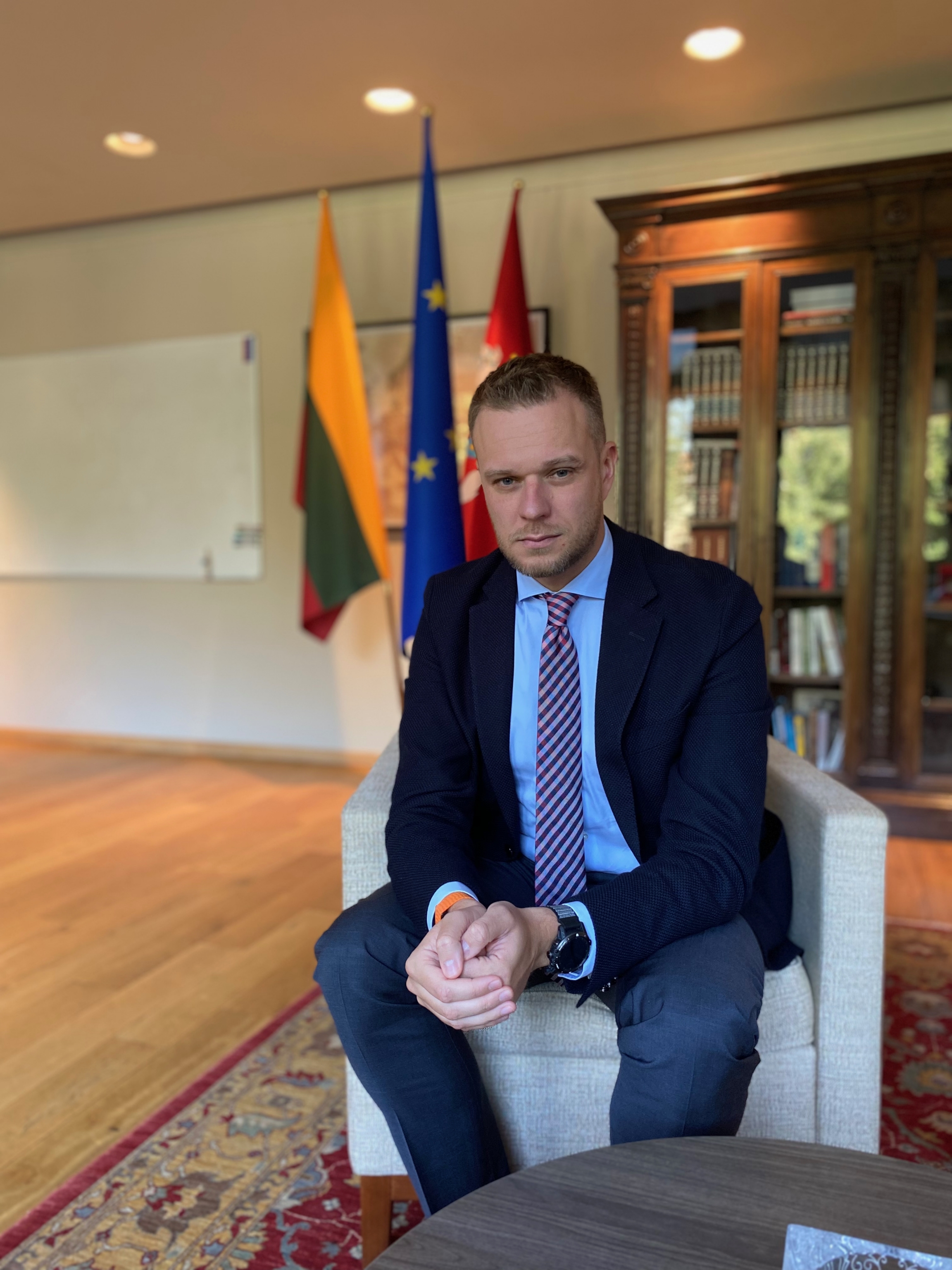 Lithuanian Foreign Minister Gabrielius Landsbergis said that his government’s hosting of the Belarusian opposition, as well as lobbying for sanctions, has brought it into direct confrontation with Minsk, and they fear Lukashenko’s operatives staging a provocation.

“Beyond responsibility for the people, there is also a sense of danger,” he said.

In early September, Belarus and Russia were conducting large-scale, joint military exercises across the border in Lithuania.

Landsbergis said Lithuania will continue to give sanctuary to Belarusians escaping persecution, even though the diplomatic dispute has meant reducing embassy staff in Minsk.

Lukashenko is not allowing many people out, he said.

“But people still do get out, and we still do accept them, and we will carry on doing that,” he added.

‘Birth of a new diaspora’

Dissidents in Lithuania have been given fast-track visas or allowed to enter at border checkpoints. But some targeted by Lukashenko’s government have been forced to escape Belarus through the forests and into Lithuania without documents.

Andrei Strizhak, the head of the Belarus Solidarity Foundation (BYSOL), has been helping them make the journey across the border. 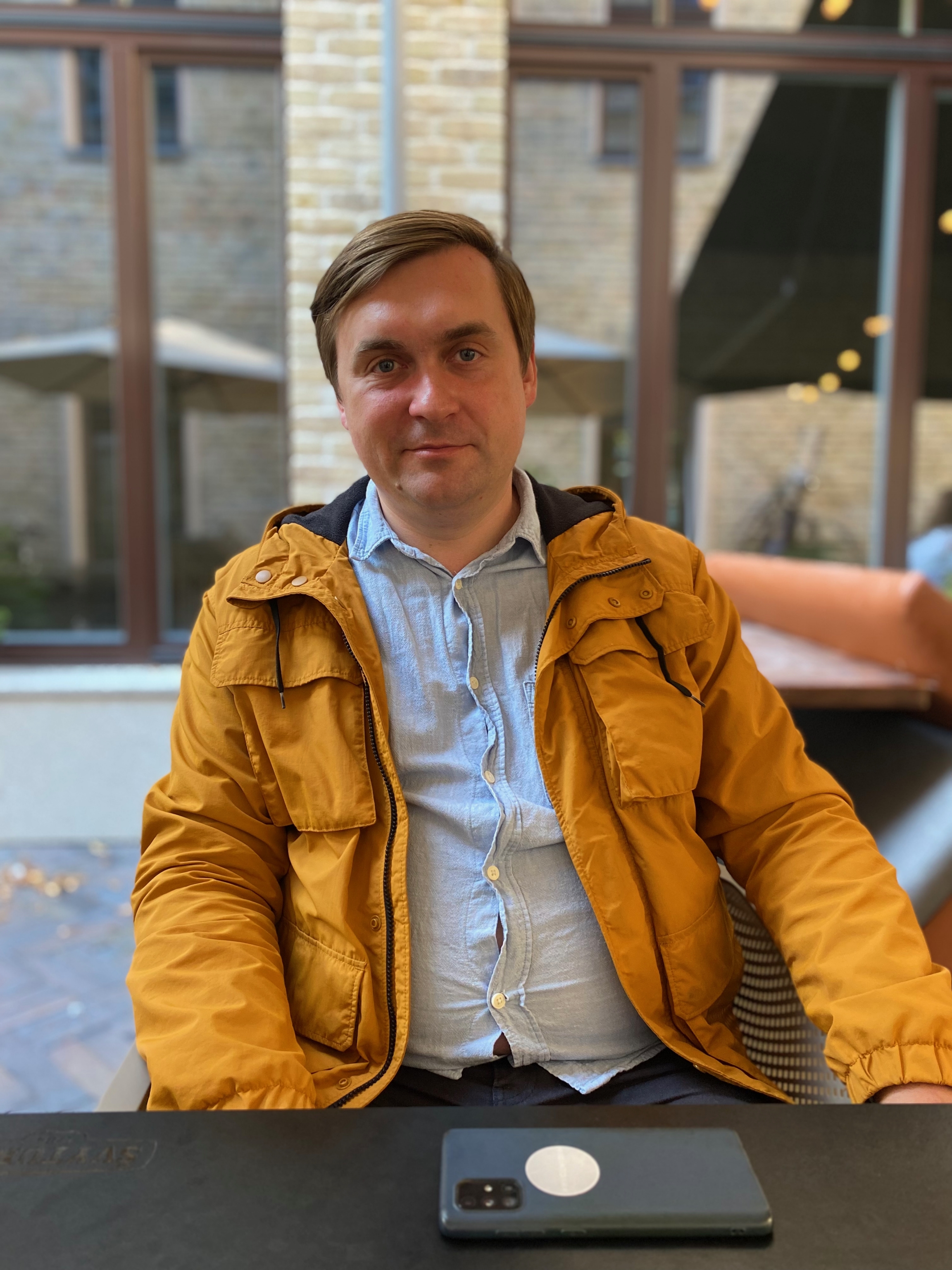 Andrei Strizhak, the head of the Belarus Solidarity Foundation (BYSOL), has been helping people make the journey across the border from Belarus to Lithuania.

“The Belarusian government says all the time, ‘We will catch you, we can go through the border through a field or a forest.’ Nobody can feel safe.”

He said he certainly doesn’t feel safe. His foundation has raised millions of dollars in donations for Belarusians who were fired for political activism, and for the families of political prisoners; the funds were channeled through cryptocurrencies to avoid interception by Lukashenko’s government.

His efforts, he said, have made him a wanted man by the regime. His home and organization's office have both been raided by police.

Strizhak admits that sometimes, he feels conflicted about other impacts of people leaving Belarus — who will build the country?

“The soul of Belarus is leaving but I very much hope that the people now building new lives, in 10 or 20 years, will have money, knowledge and skills, which they can import to Belarus. We are seeing the birth of a new diaspora.”

“The soul of Belarus is leaving but I very much hope that the people now building new lives, in 10 or 20 years, will have money, knowledge and skills, which they can import to Belarus. We are seeing the birth of a new diaspora.”

Belarus is isolated by the West. But Russian President Vladimir Putin has recently promised hundreds of millions of dollars in loans, cheap gas and military hardware to Minsk.

After months of a brutal crackdown, the streets of Belarus are mostly silent now, and Strizhak said people are traumatized.

“It’s easier for me because every day, I know what I must do. I must just not stop my work,” he said. “I haven’t got time for depression.”