In a normal year, more than 2 million tourists visit Kenya, often for its diverse wildlife.

One of the country’s most popular destinations is Amboseli National Park, which spans more than 150 square miles in the southern part of the country.

The park is made up of dry plains and relatively new wetlands, filled with water from nearby Mount Kilimanjaro in neighboring Tanzania.

While the pandemic has hit Kenya’s tourism industry hard, people around the world are still traveling there to spot elephants, zebras, hippos and lions roaming freely in the unfenced park.

But scientists like Patrick Omondi, acting director of Kenya’s new Wildlife Research and Training Institute, are there to work. They are coordinating an ambitious, government-sponsored effort to count all of Kenya’s major land and marine wildlife for the first time.

“We’ve never done a national census for all wildlife species.” 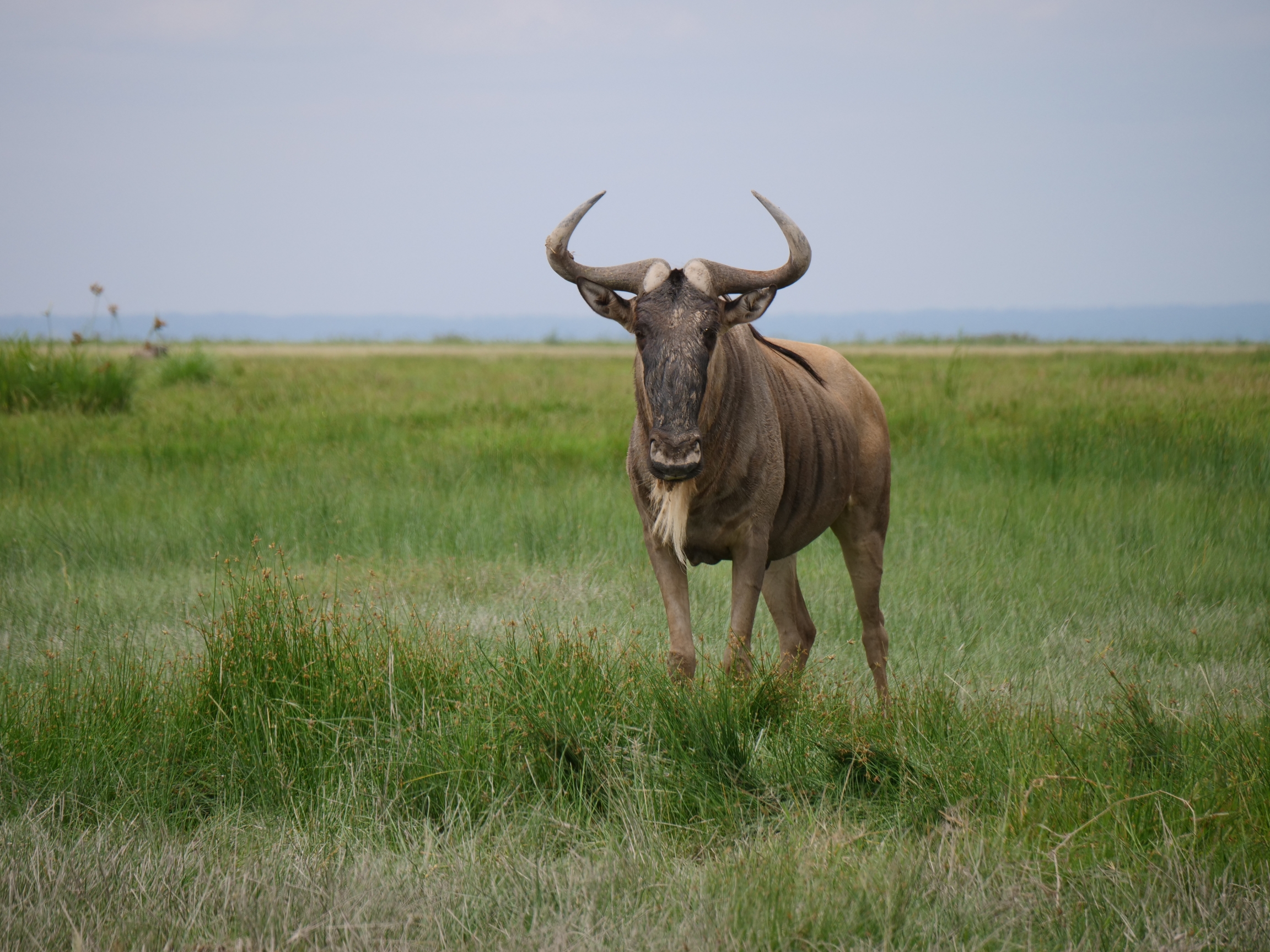 Wildebeest at Amboseli National Park in Kenya, May 24, 2021.

Kenya has more than 1,000 different wildlife species living in diverse ecosystems, from the arid northern districts of Garissa to the eastern coastal region of Mombasa.

The aim of the census, launched this month, is not to create an exact count, but rather to establish a baseline of wildlife data, and will focus predominantly on counting terrestrial and aquatic mammals. Omondi said they are also planning to conduct a separate small animal survey of birds, reptiles and small amphibians.

“Now, we’ll start off having a baseline [of] information, and also, we’ll use this opportunity to consolidate data that is scattered,” Omondi said.

While Kenya has long been a destination for wildlife research, much of the data is disjointed by segregated local conservatories and local and international scientists who are motivated by personal research interests.

That has created gaps in information, said Winnie Kiiru, a wildlife biologist and director of government relations for the Elephant Protection Initiative.

“The focus on iconic species is also a problem because it means that smaller species, some that have not enjoyed the same level of attention both nationally and on a global platform, have maybe suffered lack of data,” Kiiru said.

She notes how the rare hirola and roan antelopes are severely endangered in Kenya but are internationally less known.

“When you don’t consistently count, estimate and follow through the status of animals, sometimes they’re pushed toward the threshold of extinction.”

“When you don’t consistently count, estimate and follow through the status of animals, sometimes they’re pushed toward the threshold of extinction.”

Kiiru said the surveying of Kenya’s marine life has been especially neglected.

“Marine life, which is a lot more difficult to study ... we have very huge data gaps in terms of what the marine life is,” she said.

Some researchers see the census project as a big opportunity to record data for rare and endangered animals.

“We suspect we have pangolins in Amboseli,” Omondi said, citing local community knowledge and also Amboseli’s ecological proximity to Tsavo national park — where poaching of pangolins have been recorded. Pangolins are one of the most trafficked animals in Africa. 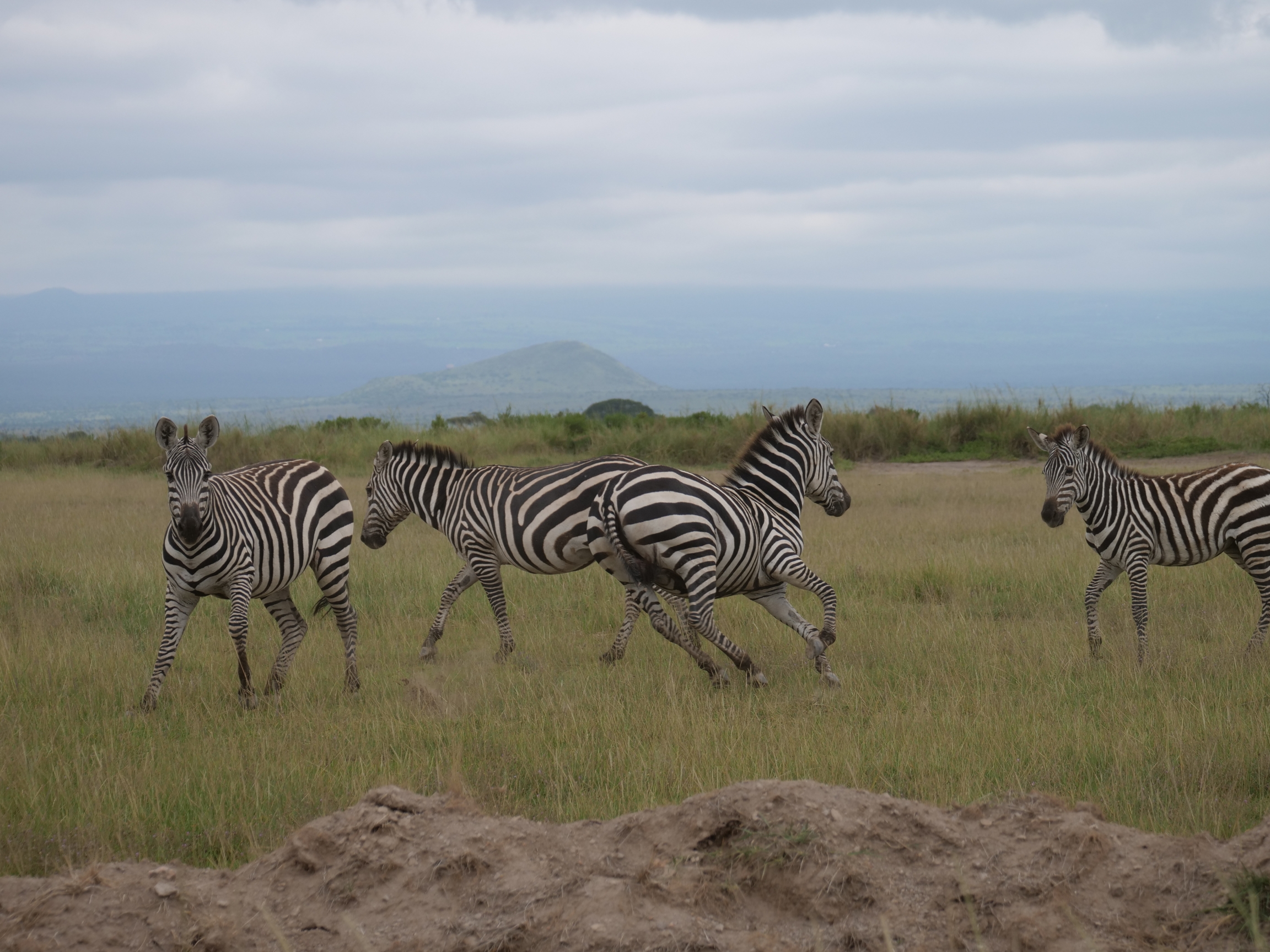 While there’s currently no official data about the animal in Amboseli, the census team’s deployment of camera traps could catch images of the nocturnal animal.

“Camera traps are GPS enabled. They’re just like normal cameras, and we’ll camouflage them in strategic habitats,” like trees and burrows, Omondi said.

Larger animals, like giraffes and hippos, will be counted from the air by trained wildlife researchers like Cedric Khayale, who also works for the wildlife institute.

“We are looking at animals above the size of a dik-dik, and then maybe to the elephant. So, anywhere between there that we are able to see, you have to record,” Khayale said. 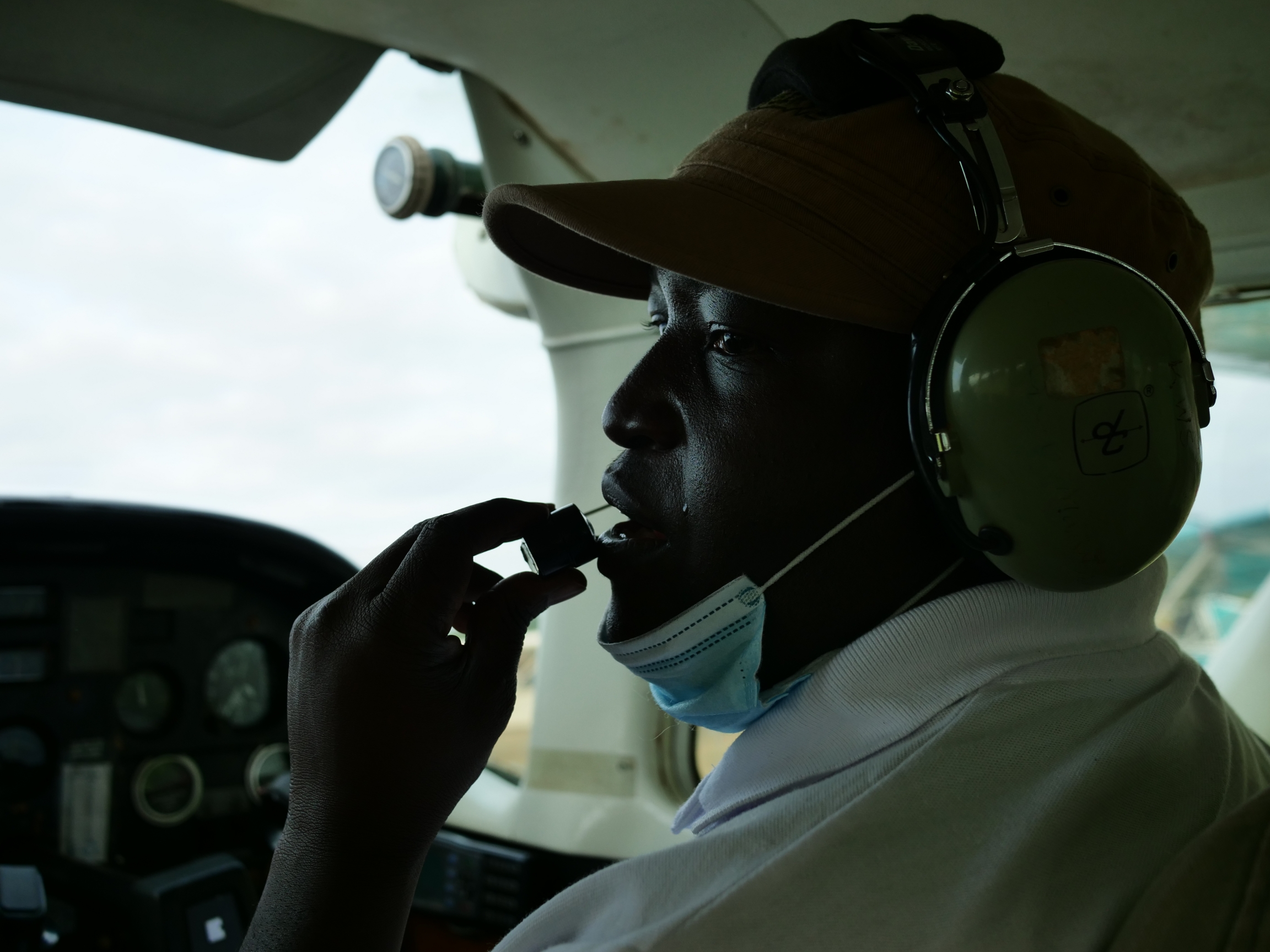 Wildlife researcher Cedric Khalaye at the Wildlife Research and Training Institute in Kenya surveys animals, May 24, 2021.

Researchers spend up to five hours a day in small planes, surveying the broad wilderness for wildlife, and recording data on paper and into audio recorders.

It’s more difficult than it sounds. Massive elephants look like small specks of brown from hundreds of feet in the air, and the plane circles quickly, making it difficult to count.

“For elephants, we say that anything more than 10 individuals, you have to take a photo so that you can be able to confirm the number. But maybe if it’s less than 10, you are able to count very fast,” Khayale said.

Related: Fishermen risk their lives to defend a vital lake in Colombia

The census team has already finished surveying other ecosystems and popular tourist destinations, like Maasai Mara, and will soon move on to Kenya’s biggest conservation — the Tsavo national parks, which have the country’s biggest population of elephants.

All of the census data collected will be analyzed in a peer-reviewed process and stored at the Wildlife and Training institute.

“The information that we’ll generate will also guide our tourism and wildlife management in decision-making,” Omondi said. “If you know the variety of life in Amboseli, it will be able to inform your marketing strategy.”

A final census report is expected by the end of the year, and researchers hope that Kenya will conduct the census every five years.