A “crazy project.” Those are the words Turkish President Recep Tayyip Erdoğan used back in 2011, when he first unveiled Kanal Istanbul, a massive shipping canal project.

Slated to begin construction in 2023, the canal will connect the Black Sea to waters leading to the Mediterranean. It will run parallel to the Bosphorus strait, which critics say is redundant, at best, and at worst — an environmental catastrophe.

The $1 billion canal project — by the government’s estimation —  also runs through several farming villages on the outer edges of Istanbul. Speculators are already buying up land at exorbitant prices along the route, advertising sweeping, waterside views and luxury condominiums.

In the meantime, many of the area’s current residents say they fear their lives may change forever, as the megacity of Istanbul continues to encroach on surrounding natural areas.

“So, you want me to take my animals out of the area? Then show me a solution. ... If we stop raising animals, what will we do?” 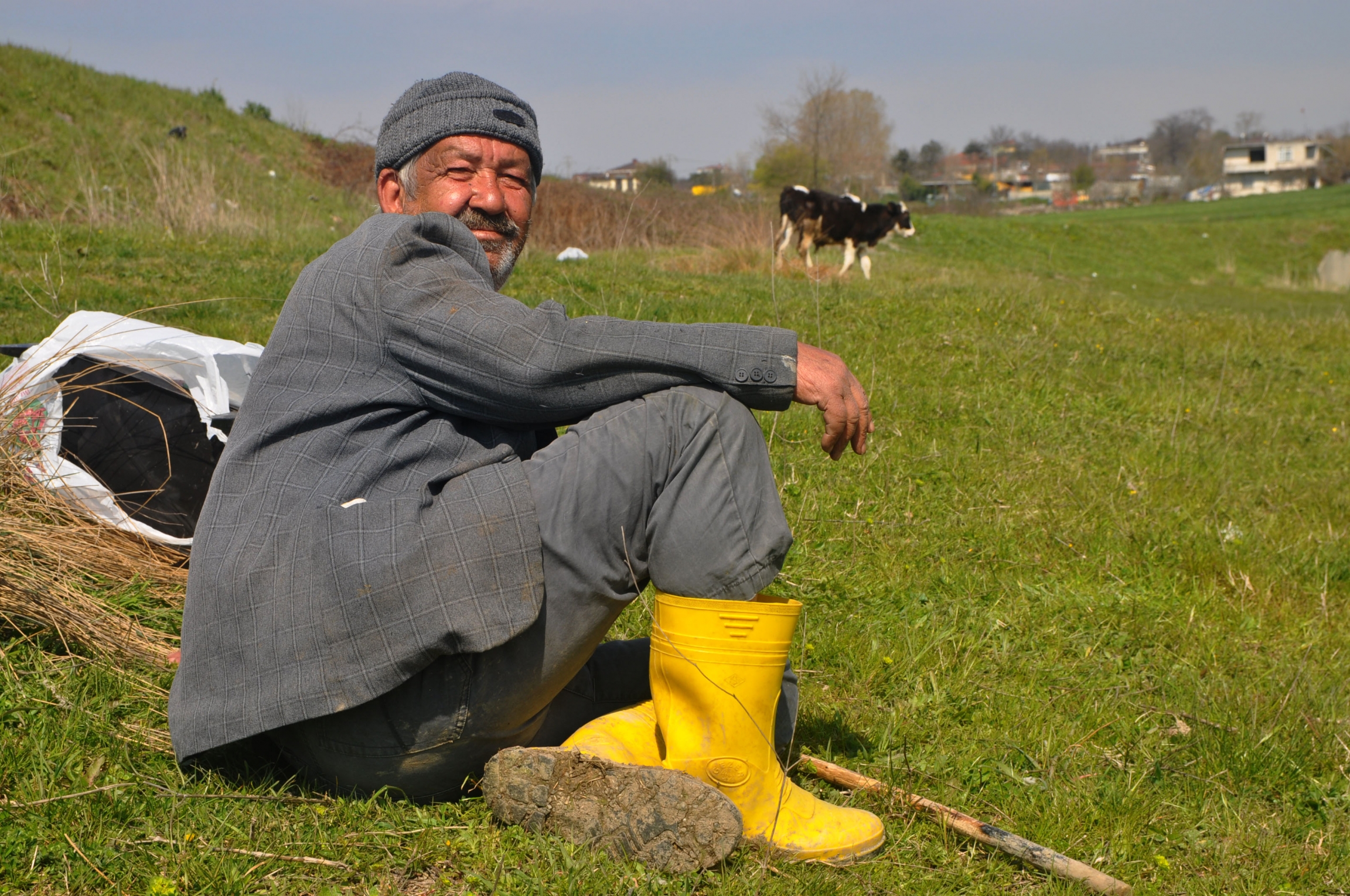 Tahir Babacan, 62, watches over his cows as they graze in a field in Sazlibosna. Babacan grew up in this town, and raised his children here as well. He worries that the Kanal Istanbul project will take away his livelihood and force him to move off of the land, he says, giving him nothing to leave for his children and grandchildren.

“So, you want me to take my animals out of the area? Then show me a solution,” said Tahir Babacan, 62, a cow herder and farmer in the nearby town of Sazlibosna. “If we stop raising animals, what will we do?”

Sazlibosna, a small collection of homes surrounded by green fields and fruit tree groves, is a prime example of how life along the proposed Kanal may change.

The area was settled in the 1800s by ethnic Tatars who fled the Crimean war and, today, the soil is incredibly fertile, Babacan explained.

White storks have always stopped in this area enroute from East Africa to Europe in the spring. Residents have taken a liking to the birds, building tall platforms for the birds’ nests, near their feeding grounds. The canal would likely disrupt the storks’ migratory patterns.

Environmental advocates are worried that the threat extends to several proximal ecosystems.

“The city will start developing toward the north, which is where all the forests, water basins and agricultural areas are. ... The south of the city depends on the north. The clean air, the tap water, everything comes from the north.”

“The city will start developing toward the north, which is where all the forests, water basins and agricultural areas are,” said Duygu Dağ, who leads the environmental justice program at the Center for Spatial Justice, a Turkish civil society organization. “The south of the city depends on the north. The clean air, the tap water, everything comes from the north.”

Urbanization along the proposed 28-mile canal would add high-density housing for 1.2 million people, Dağ estimated. But Sazlibosna, and areas like it, provide much of the fresh fruit and vegetables sold in Instanbul. It’s unclear, she said, how the loss of these agricultural areas may impact urban sustenance.

Potential pollution also poses a risk, as the project entails the construction of enlarged waterways connecting the Black Sea, the Sea of Marmara and the Mediterrean Sea. 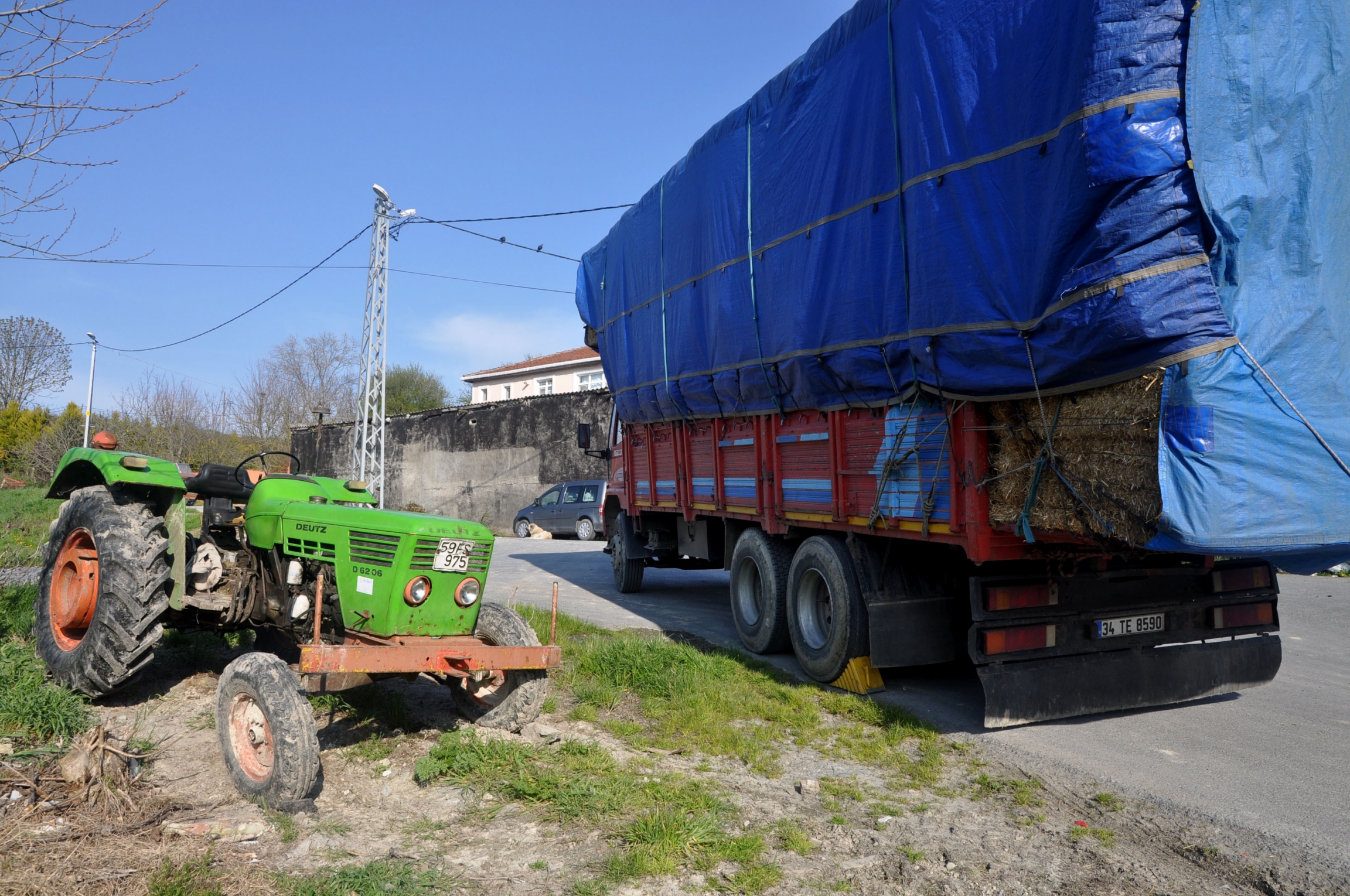 A shipment of hay harvested in the Sazlibosna area. The straw industry has been a mainstay of Sazlibosna since the 1800s, when Crimean refugees founded the village and produced animal feed and thatch for the city of Istanbul.

President Erdoğan, however, is adamant about building Kanal Istanbul, the third of three signature infrastructure projects during his nearly 20-year tenure. Prior projects include a massive third suspension bridge across the Bosphorus, and a new airport covering an area more than twice the size of Manhattan.

“This work will fully establish our independence and sovereignty,” Erdoğan said this week during a question-and-answer session held at Turkey’s Presidential Library in Ankara. “Istanbul will gain great wealth without a major loss to the environment.”

Sitting for a cup of strong tea in Sazlibosna’s outdoor cafe in the center of town, resident Oktay Teke said he feels torn.

According to Turkish law, the government requires landowners in urbanized areas to turn over up to 40% of their land to accommodate development projects. Many in the Sazlibosna area already did so in the 1990s, when a small river downhill from the town was widened by a downstream dam project.

“We are victims, even if he builds a channel or not."

“We are victims, even if he builds a channel or not,” said Teke, a realtor who has also served as the elected muhtar, or village leader, of Sazlibosna for 12 years.

Before the Kanal Istanbul project was unveiled, he said, a square meter of land in Sazlibosna could sell for about $1.25. The price for the same land has now ballooned to about $42 to $87 per square meter. 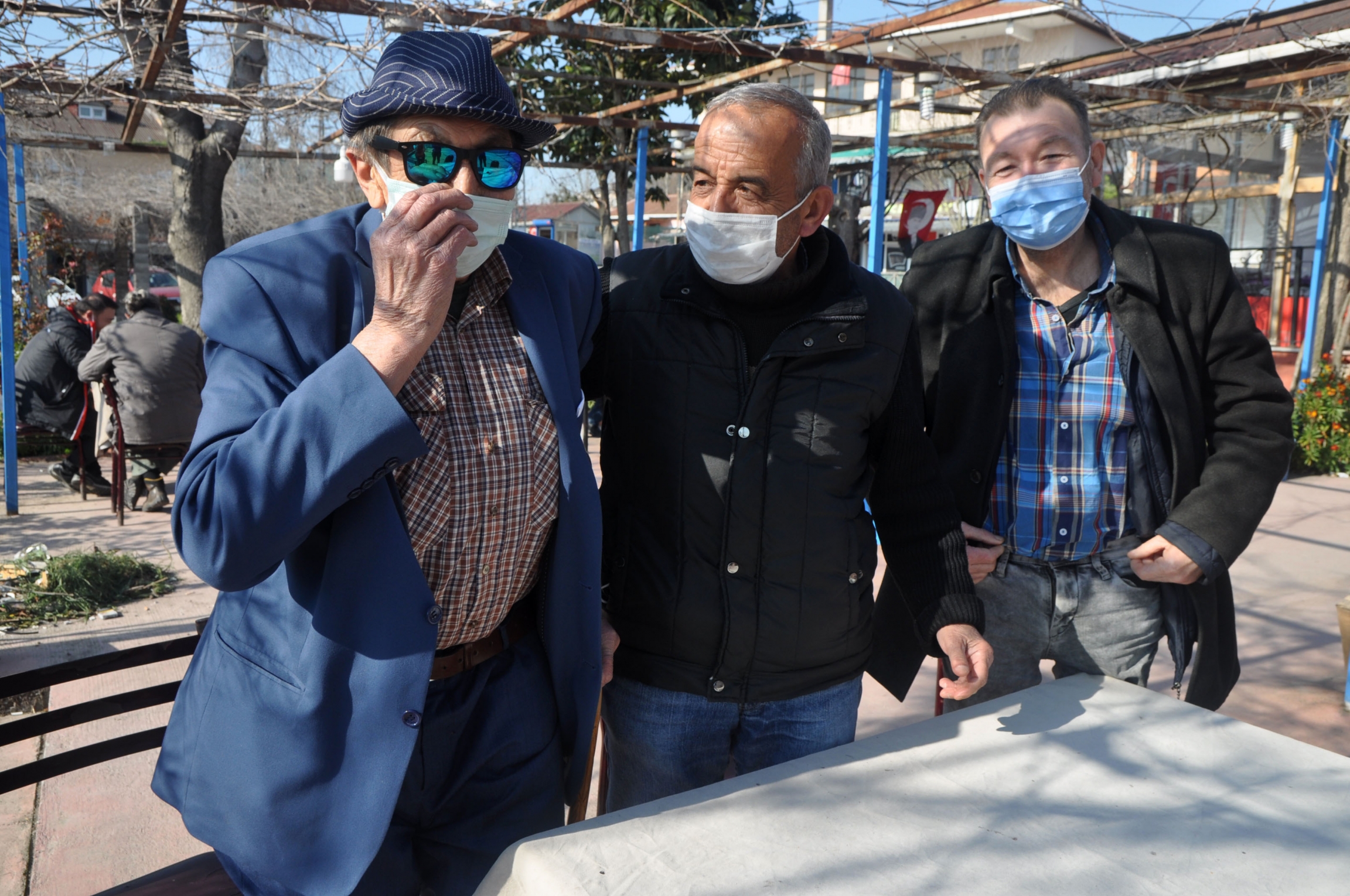 Three childhood friends, Sami Yiğit, left, Fikri Bekbaş, center, and Mustafa, right, stand at a neighborhood tea garden in the center of Sazlibosna square. They have fond memories of growing up celebrating Crimean Tatar holidays and having parties with music down by the Sazlibosna river after a day's work in the fields.

Many of Sazlibozna’s residents have bought apartments in other parts of Istanbul, and plan to move there.

“We still have some space, good or bad. ... But the children have nothing left.”

“We still have some space, good or bad,” said Fikri Bekbaş, a lifelong friend of Teke’s. “But the children have nothing left.”