The lake is vital to hundreds of fishermen like Velasquez who make a living by catching a local species called bocachico for their small mouths, along with catfish.

Related: This frog farm in Colombia is trying to put poachers out of business

That's why Velasquez and her local fishermen's association are determined to protect it. Surrounded by tropical forests, the lake provides water for 300,000 people in Barrancabermeja, a steamy port along the Magdalena River.

But defending the environment has become a dangerous job in Colombia. 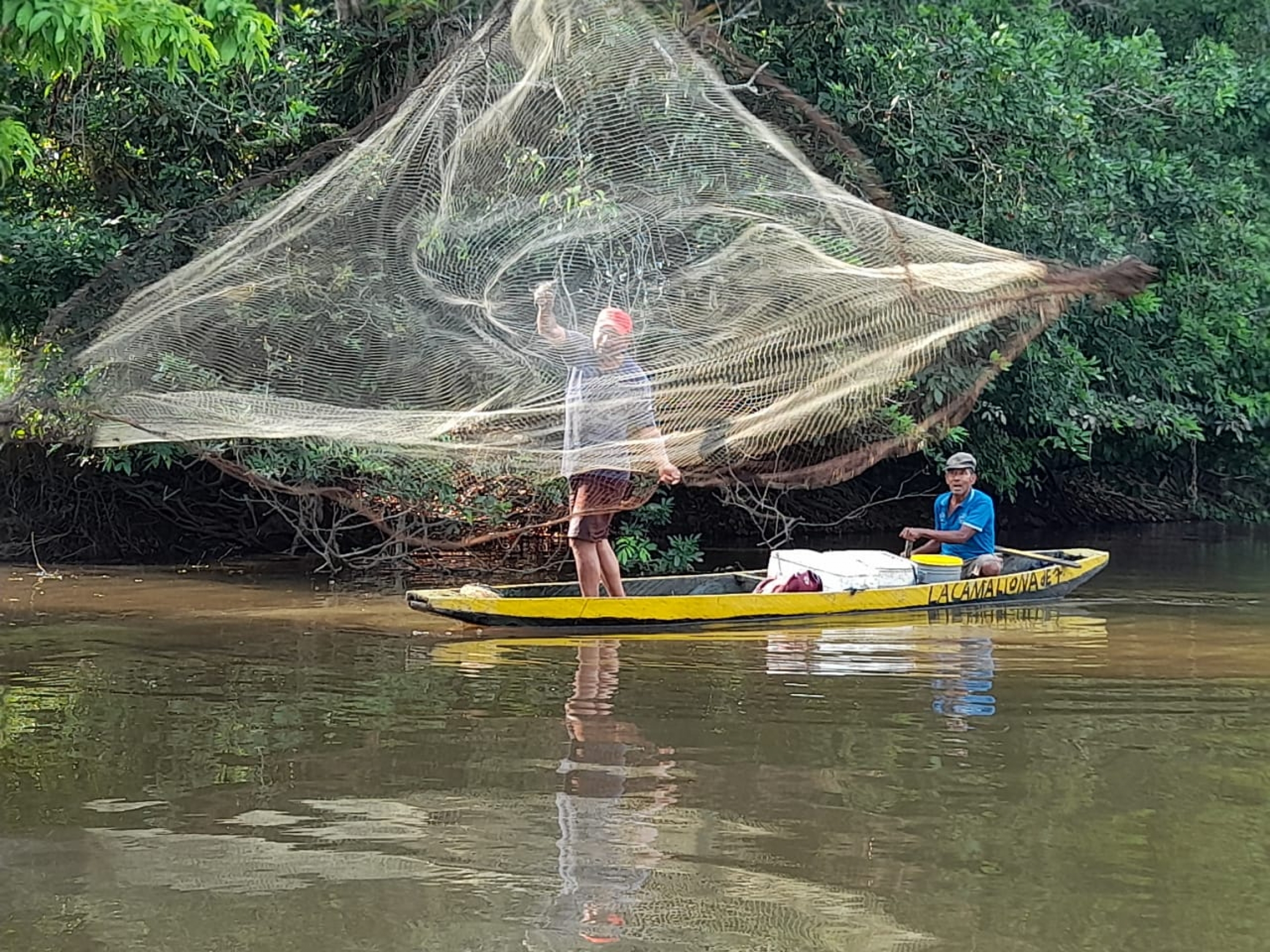 Saint Silvester lake provides water to 300,000 people and livelihoods to hundreds of fishermen.

According to a United Nations report published in February, there were more than 750 attacks against community leaders in Colombia last year, including 133 murders. Dozens were environmental activists.

In January, Velasquez had a close encounter with death herself.

She said that two men on a motorcycle drove by her small home on the outskirts of Barrancabermeja, and shot at her and her family, while they hid under a bed. The windows still have bullet holes. And the house is now empty, except for the bedframe. Velasquez and her children have since relocated.

“This is a way to silence us for the complaints we have filed."

“This is a way to silence us for the complaints we have filed," said Velasquez, who recently filed a lawsuit against a local environmental agency in charge of cleaning up Saint Silvester Lake.

Parts of the lake are full of sediment because the company responsible for cleanup has neglected its duties. When Velasquez stirs a stick in the water and pulls it out, it reveals a black, muddy substance.

“The fish used to transit through this area freely,” she said. “But now, they’re going to be trapped.”

Velasquez said that three other members of her group, the Federation of Artisanal Fishermen of Santander (FEDEPESAN), have received death threats recently.

Now, members of FEDEPESAN’s board of directors are taking a course on security protocols from a local human rights group where they discuss measures to avoid attacks and draw maps to identify threats in the area. 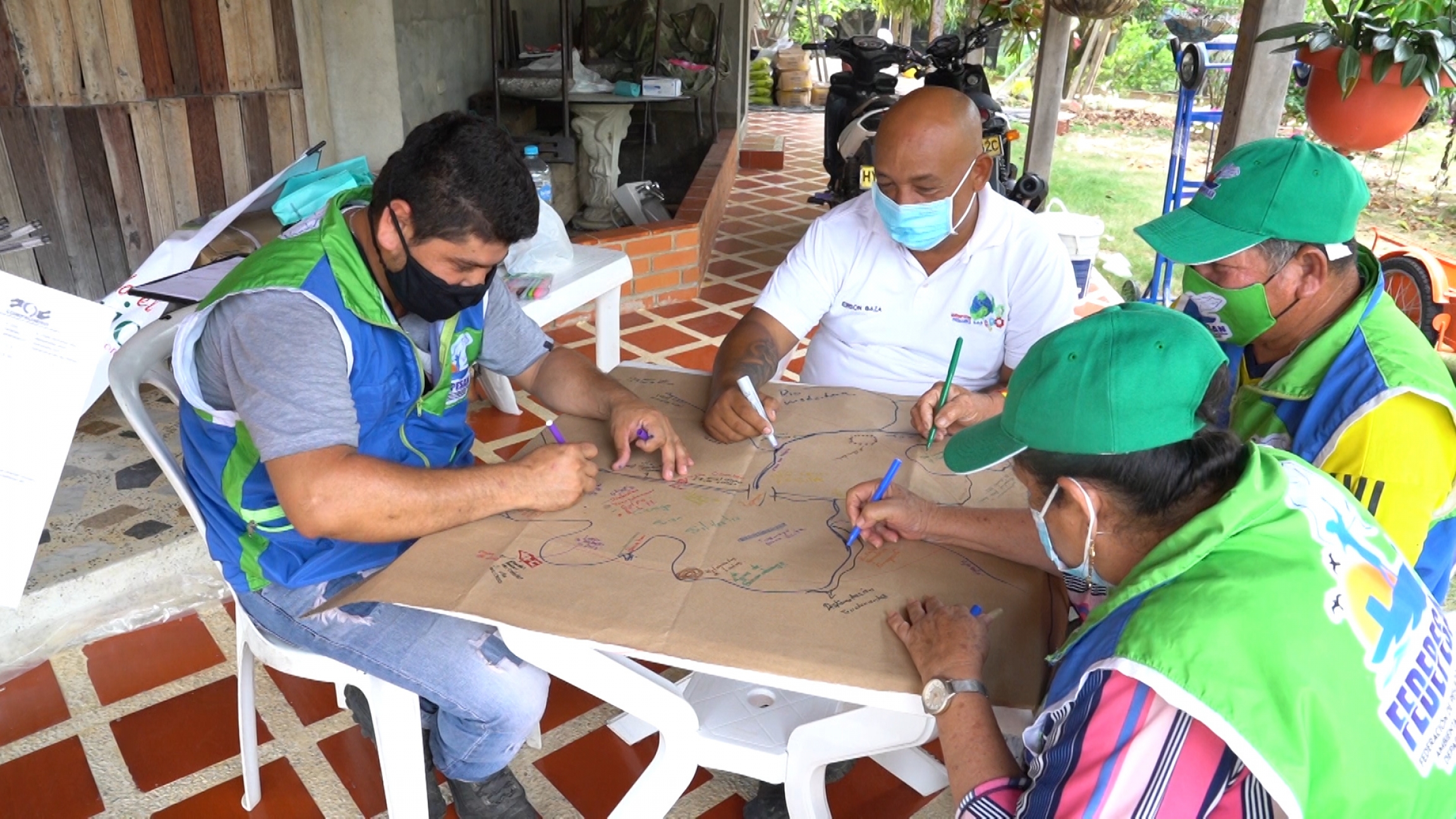 Several members of the FEDESEPAN fishermen's association have received death threats.  Now they take a security course with a local human rights group in which they draw maps that depict threats in their area.

FEDEPESAN Vice President Luis González said that armed groups like the National Liberation Army and the Gulf Clan are using the forests around the lake to stash drugs and weapons.

“If we patrol the area, they are immediately suspicious, they think we are snitches. ... So that turns us into their enemies and puts our lives at risk.”

“If we patrol the area, they are immediately suspicious, they think we are snitches,” González said. “So, that turns us into their enemies and puts our lives at risk.”

Related: Colombian singer Carlos Vives: Protecting the environment is the 'only way to save folklore'

United Nations officials say that these kinds of efforts by armed groups to enforce territorial control are behind many of the attacks against community leaders.

The situation has become especially bad in areas that were previously under the control of the Revolutionary Armed Forces of Colombia — People's Army (FARC) rebels, the group that made peace with Colombia’s government in 2016, said Sergio Guzmán, a risk analyst in Bogotá, the capital.

“The government took too long to fill the voids and vacuums of power left by the FARC after they signed the peace agreement and withdrew from these territories."

“The government took too long to fill the voids and vacuums of power left by the FARC after they signed the peace agreement and withdrew from these territories," Guzmán said.

He added that armed groups like the National Liberation Army and the Gulf Clan are now fighting over drug routes, illegal mines and other resources abandoned by the FARC.

Juliette de Rivero, the United Nation’s human rights delegate in Colombia, said that the rebel groups that have remained in Colombia following the FARC’s demobilization are trying to “impose illegal economies” on some rural communities, which makes community leaders who oppose businesses like cocaine trafficking, or illegal logging a target.

Colombia’s president has tried to tackle the problem by sending more troops to some parts of the country. Recently, he launched a special battalion of 7,000 troops that will focus exclusively on fighting groups that promote the drug trade and illegal mining.

But while the UN says it welcomes efforts to make the state more present in remote areas, it has also urged the government to speed up implementation of the 2016 peace deal — which includes rural development projects — that could bring job opportunities and infrastructure to long-neglected communities.

“The state needs to give access to markets to these people so they have alternatives for their own economies."

“The state needs to give access to markets to these people so they have alternatives for their own economies,” de Rivero said. 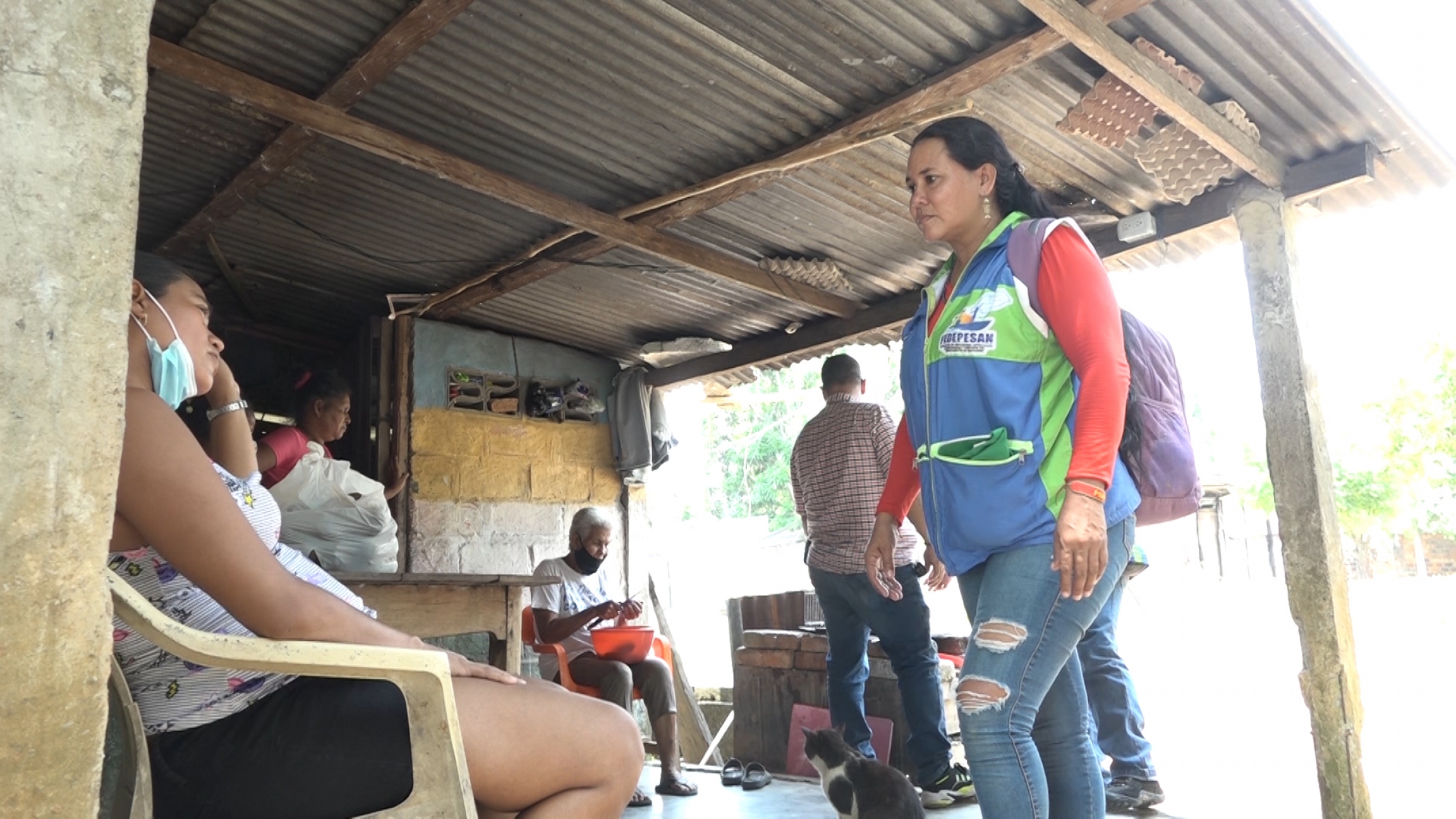 Part of Velasquez's job is to visit river communities around Barrancabermeja to speak with residents about their needs.

Part of Velasquez’s job is to visit river communities around Barrancabermeja to speak with residents about their needs.

At the village of Aguas Negras, for example, people say they’ve been waiting for three decades to get an aqueduct. Palm plantations are polluting the local lake with their fertilizers, which is a problem for villagers who make their living mostly from fishing. And that's not the only environmental problem.

“The lake is also being contaminated by herds of water buffaloes that have been brought here,” said Wilman Vergara, a longtime resident. 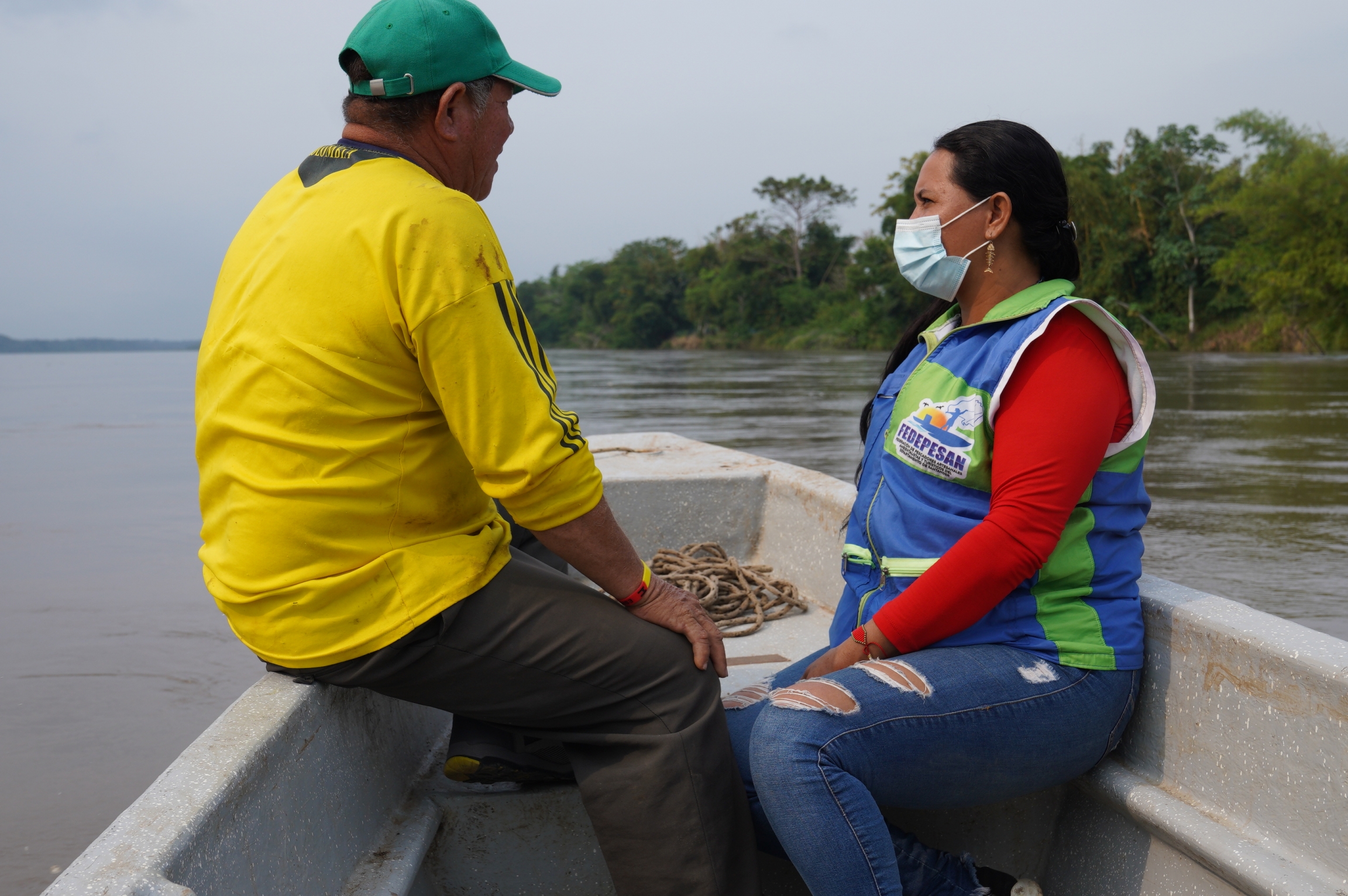 Yuli Velasquez and a member of the FEDEPESAN fishermen's association take a boat on the Magdalena River, en route to visiting a village.

Velasquez knows that gathering these complaints can be dangerous. But she says that preserving these forests, and the livelihoods of people who live there, is a task that cannot wait.