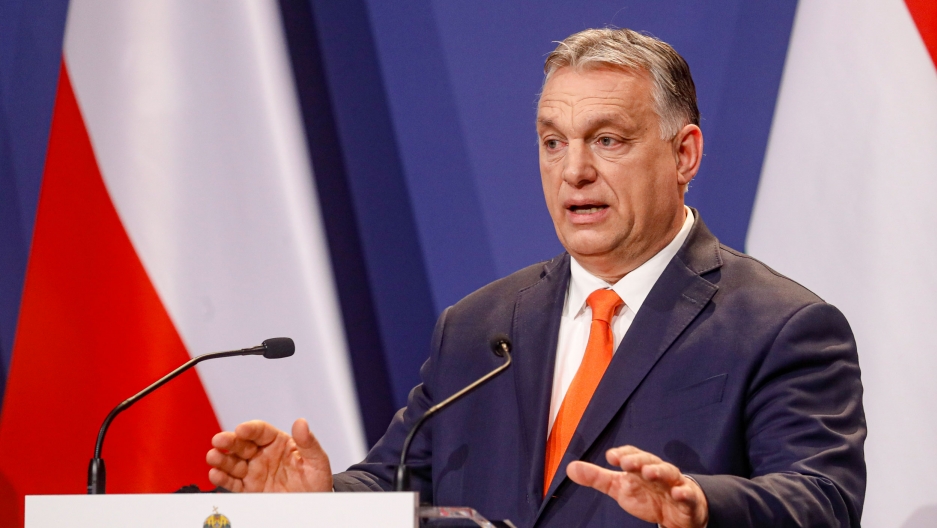 Under legislation passed by Hungary's parliament on Tuesday state assets worth billions of dollars will be transferred into foundations that will control many of the country's public universities and cultural institutions, a move opposition figures have decried as a theft of public funds.

Passed by the governing coalition's two-thirds majority in parliament, the decision placed 11 universities under the control of public foundations led by government-appointed boards of trustees, the latest step in what critics have called a takeover of Hungary's higher education system by Prime Minister Viktor Orban and his ruling Fidesz party.

The foundations were granted endowments worth billions of dollars in public assets, including valuable real estate, a palace, a harbor and shares of partially state-owned companies like energy company MOL and pharmaceutical firm Gideon Richter, leading to accusations of a mass transfer of public wealth into the hands of government loyalists.

"This is a very dangerous move. Many speculate this is the creation of a deep state," said Miklos Ligeti, legal director of anti-corruption group Transparency International Hungary.

Hungary's government insists the reforms are necessary to modernize higher education, and that the new model represents "a rethinking of the role of the state" where foundations will conduct public tasks normally carried out by the government.

It denies that public assets are endangered by their transfer to the foundations, and says the universities were given the choice of whether to be included in the reforms.

"We are talking here about public interest foundations ... so all the assets that these foundations have can only be used for public purposes, for the activities of higher education, and they do not become private property in any form," the government's international communications office told The Associated Press in an email.

Yet critics say the universities were coerced into adopting the new model, and haven't received any guarantees ensuring their academic autonomy.

Bernadett Szel, an independent lawmaker, said she believes the move is a means for Hungary's ruling party to maintain influence over key areas of public and cultural life, even if it loses power in closely watched elections next year.

"Basically a parallel state is being composed, a state within a state, where the next government has very little room to implement its election program. Because until then, the state is simply outsourced," Szel said following the vote.

Constitutional amendments passed late last year changed the legal definition of public funds, giving the foundations greater latitude to use them at their own discretion with little public oversight. This led to concerns that valuable public assets could be sold by the foundations to finance university operations or be offloaded at reduced prices to politically connected insiders.

"On one hand this is an attempt to move public assets into the private dominion of the ruling party and their cronies, but it's also an attempt to maintain control over social sectors even if the ruling party is voted out of office," said Dr. Zsolt Enyedi, a professor at Central European University, a premier institution that was forced out of the country in 2018 after Orban introduced controversial changes to higher education law.

Some higher education institutions have resisted the attempted restructuring. Last year, students and professors of the University of Film and Theatre Arts in Budapest occupied the university's campus after the powers of its democratically elected senate were dissolved and it was placed under foundation control. They argued the move was an attempt to crack down on their autonomy and stifle academic freedom.

Enyedi said the reforms have "nothing to do with higher education," and that the restructuring was a further attempt by Orban's government to achieve greater sway over the country's institutions.

"Ideological and political control of education is just part and parcel of the grander scheme where all these spheres of life, sectors of industry, commerce and research, religious life and sport, are all subsumed under the overall Orban leadership," Enyedi said.