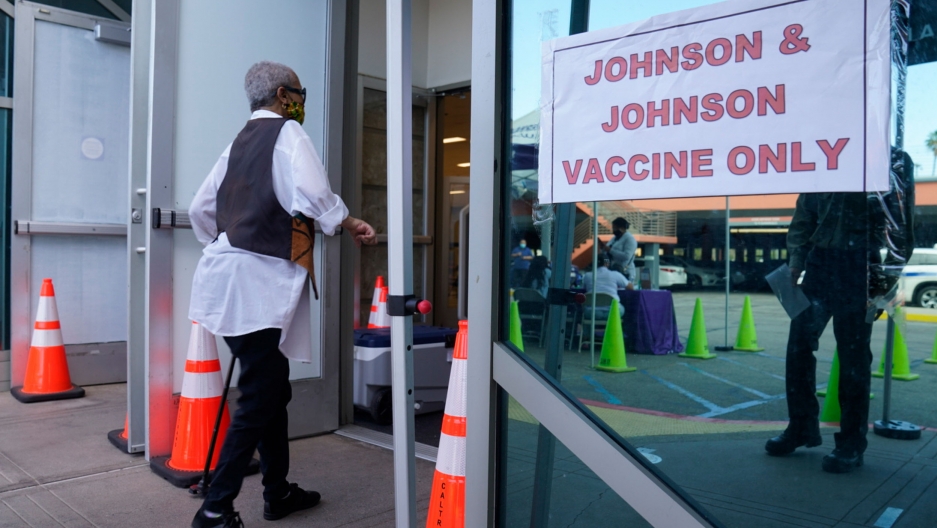 People walk in to get their COVID-19 vaccine at the Baldwin Hills Crenshaw Plaza in Los Angeles, California, April 1, 2021.

The US Center for Disease Control (CDC) and the US Food and Drug Administration (FDA) are recommending a pause on the single-shot Johnson & Johnson coronavirus vaccine after six cases of rare blood clots in individuals who received the vaccine in the United States.

More than 6.8 million doses of the J&J vaccine have been administered in the US, the vast majority with no or mild side effects. The CDC and FDA are reviewing data involving the rare blood clots that appeared six to 13 days after vaccination in women ages 18 to 48. On Wednesday, the CDC's Advisory Committee on Immunization Practices will meet to discuss the cases.

“Until that process is complete, we are recommending a pause in the use of this vaccine out of an abundance of caution,” Dr. Anne Schuchat, principal deputy director of the CDC, and Dr. Peter Marks, director of the FDA’s Center for Biologics Evaluation and Research, said in a joint statement.

For people who have received the J&J vaccine and are experiencing severe headache, abdominal pain, leg pain, or shortness of breath within three weeks after vaccination, the CDC and FDA recommend contacting a health provider.

The Japanese government announced it will start releasing tons of treated radioactive water from the Fukushima Daiichi nuclear plant into the Pacific Ocean. The process, which has been delayed due to public opposition and safety concerns, will start in two years and last for decades. China and other neighbors have cautioned Japan against the release. The water has been stored in tanks since 2011, when a devastating 9.0 earthquake and subsequent tsunami damaged the plant’s reactors and caused the cooling water to start leaking.

And, NATO Secretary-General Jens Stoltenberg expressed the alliance’s support for Ukraine on Tuesday. Stoltenberg called Russia’s military buildup on Ukraine’s eastern border and into Crimea “unjustified, unexplained and deeply concerning.” Since Russian forces illegally annexed Crimea from Ukraine in March 2014, and Russia-backed separatists took control of Ukraine’s southeast Donbas region, conflict has simmered between the two countries, with an estimated 13,000 people killed over the past seven years. 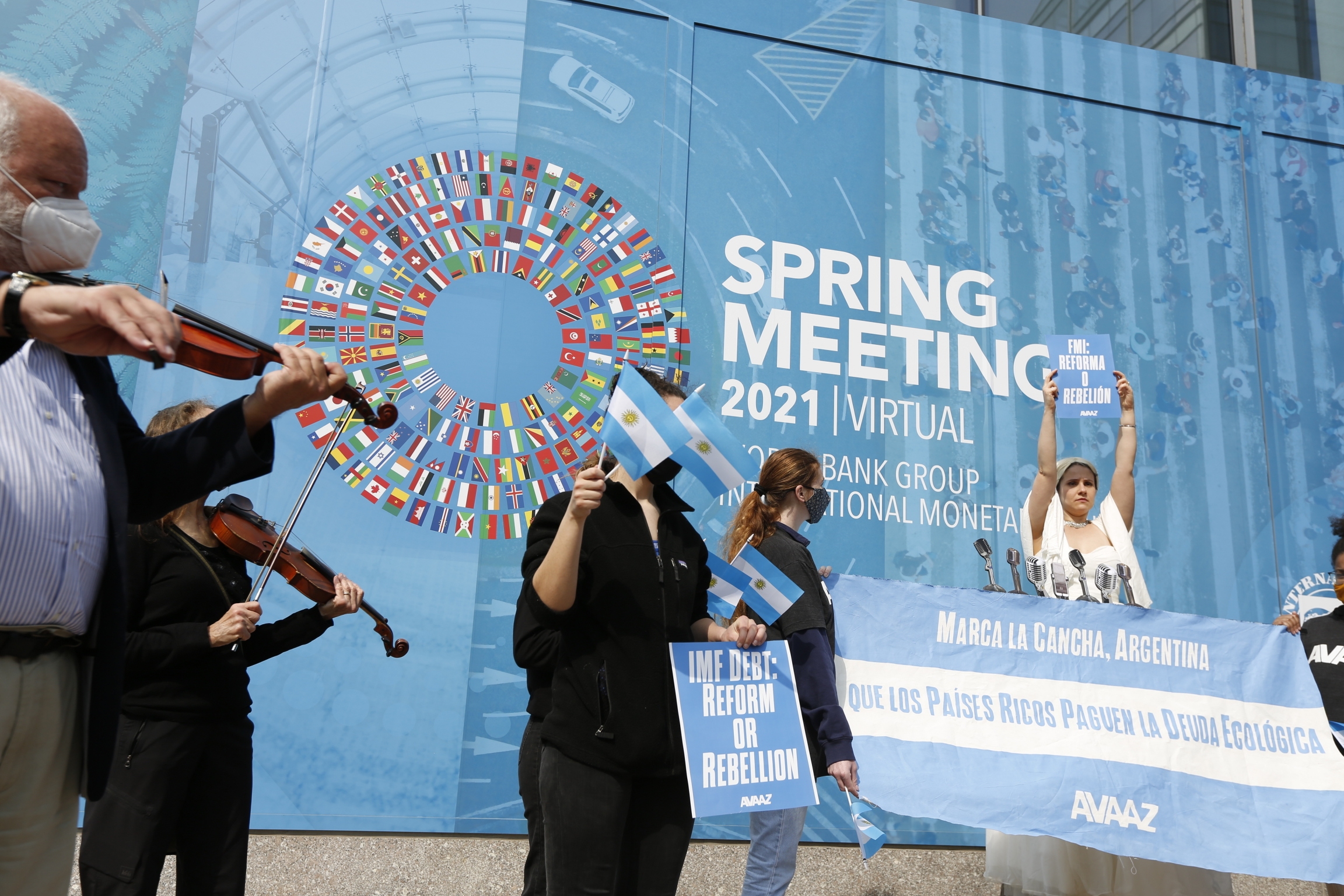 At the entrance of the International Monetary Fund (IMF) Headquarters, an Avaaz.org activist dressed as Eva Peron — also known as Evita — sings "Don't feed the greed Kristalina," an adaptation of "Don't cry for me Argentina," from the hit musical "Evita," on April 8, 2021, in Washington.

The global recovery from COVID-19 is happening faster than expected. That was the good news from the recent International Monetary Fund meeting. Wealthy countries that had the money to pass big stimulus packages are already seeing a payoff in economic growth. But there was also bad news: The recovery has been uneven, leaving developing countries behind.

‘The way they silence us is by killing us’: Armed conflict returns to Colombia’s port city of Buenaventura 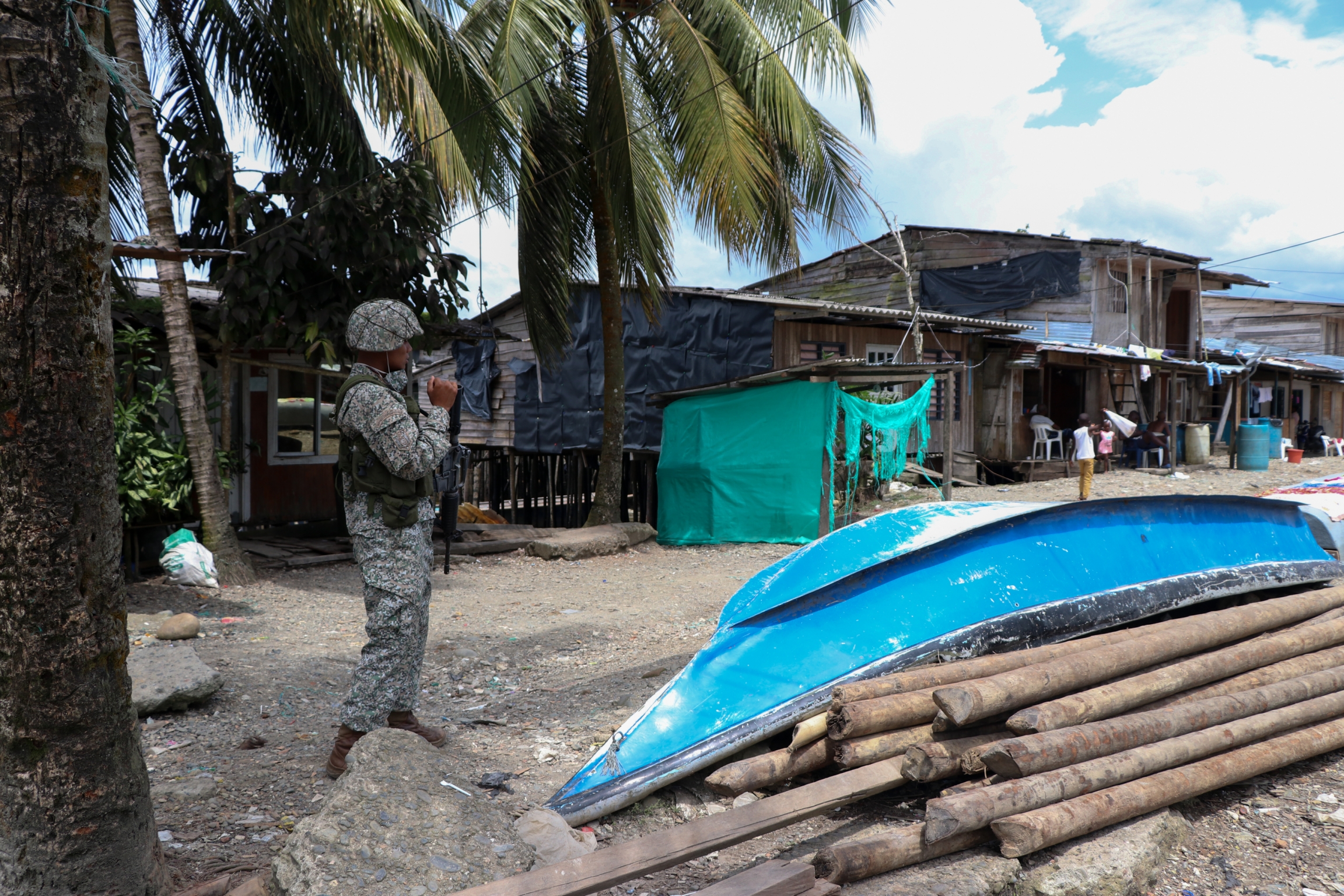 A soldier on patrol in the Puente Nayero humanitarian space in Buenaventura, Colombia.

In the last four months, a wave of violence has taken over much of the port city of Buenaventura, Colombia, as two criminal groups, Los Chotas and Los Espartanos, vie for control. For decades, the city has served as a crossing point for legal and illegal trade.

Sixty years ago on Monday, the Earth sent its first human into outer space — Russia's Yuri Gagarin. In 1961, Gagarin's space capsule completed one orbit around Earth and returned home, marking a major milestone in the space race. As he took off, you could hear Gagarin's muffled yet iconic "poehali" which means "let's go" in Russian.

It's the 60th anniversary of the first man to visit outer space. #Gagarin60

Listen: Growing tension between Israel and Iran after blackout 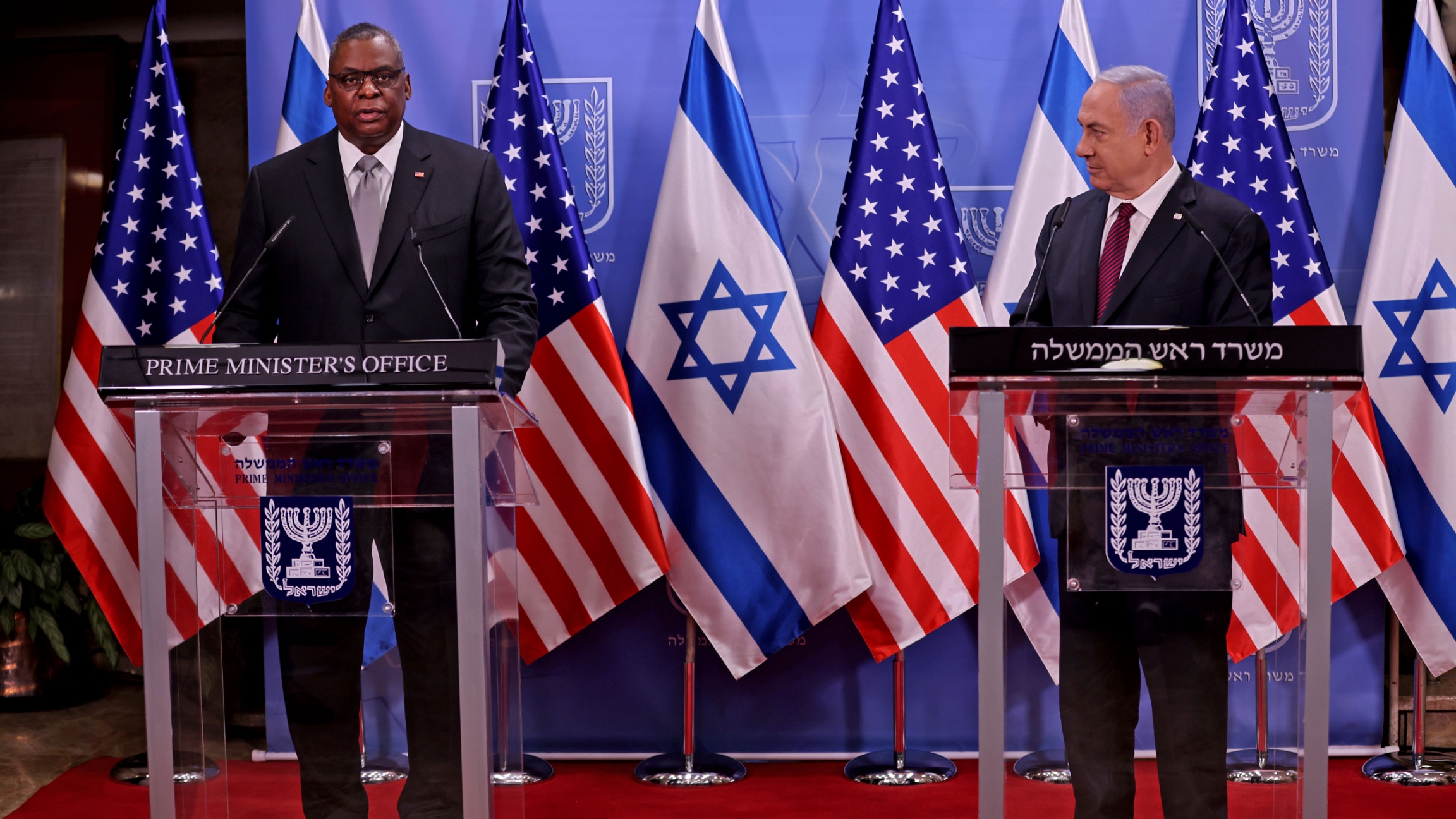 US Defense Secretary Lloyd Austin (L) and Israeli Prime Minister Benjamin Netanyahu give statements after their meeting, at the prime minister's office, in Jerusalem, April 12, 2021.