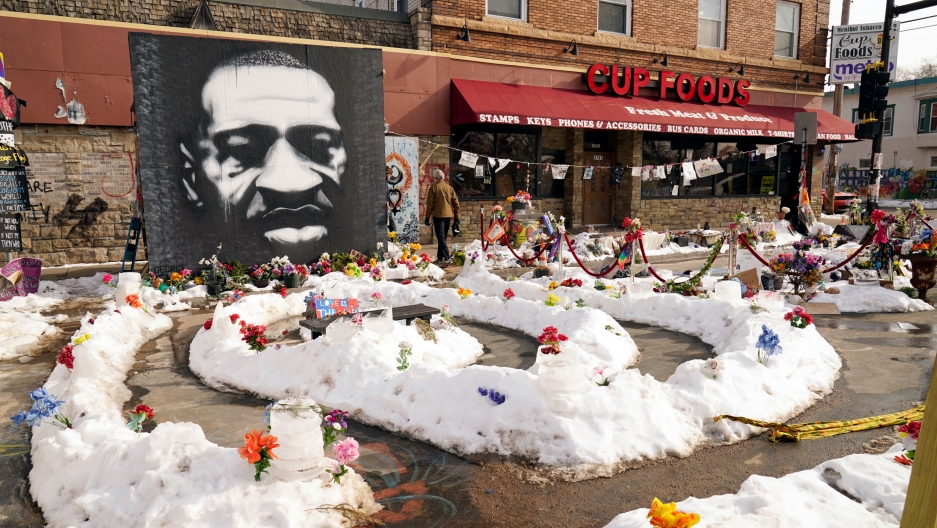 George Floyd Square in Minneapolis, remains a makeshift memorial for Floyd who died at the hand of police making an arrest.

Jury selection begins this week in a Minneapolis courtroom for Derek Chauvin's trial for the death of George Floyd — a case that sparked widespread outrage and global protests over police violence and racism. Chauvin, the former police officer who was filmed kneeling on Floyd’s neck for nearly nine minutes in a deadly use of force in May, faces murder and manslaughter charges. The process of jury selection was paused Monday — and could resume as early as Tuesday —as an additional third-degree murder charge is pending review by the County District Judge.

Floyd, a 46-year-old Black man, who pleaded for his life saying, "I can't breathe," has become a symbol for many around the world in the fight against police brutality. His gruesome death sparked Black Lives Matter demonstrations in cities around the world from London to Sydney for months during the summer, sending thousands into the streets to demand justice and police reform.

Demonstrators marched in the streets during a rally in Minneapolis on the eve of the trial Sunday in a community on edge and a with a heavily fortified courthouse.

Nazanin Zaghari-Ratcliffe, a British Iranian woman held in prison for five years in Iran over spying charges, has been released after completing her sentence. But while Zaghari-Ratcliffe was allowed to remove her ankle monitor and leave house arrest, a future return to her London home remains unclear with a debt dispute between Britain and Iran continuing and reports that she now faces murky new charges.

“It feels to me like they have made one blockage just as they have removed another, and we very clearly remain in the middle of this government game of chess,” her husband Richard Ratcliffe said.

And, a widely discussed and eye-opening interview with Prince Harry and Meghan, the Duchess of Sussex, has captured headlines around the world. The couple, who left their official British royal family duties in March last year, told Oprah Winfrey about the racism Meghan experienced in the hands of the British tabloids and details emerged about a conversation between Harry and a member of the Royal family where he was asked about how dark the baby's skin tone could be. Meghan also described that her life as a member of the Royal family was so dire she contemplated suicide. 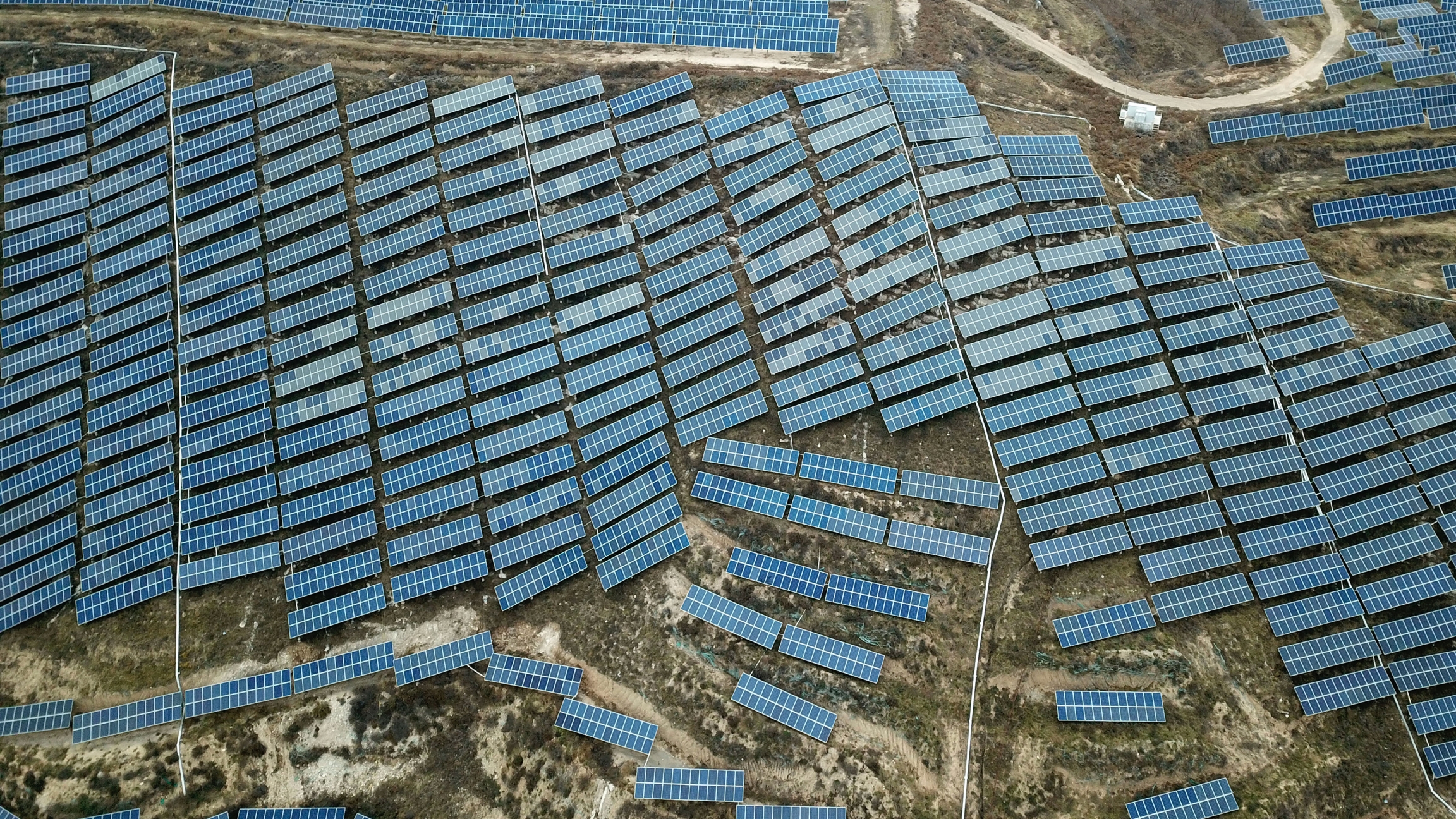 A solar panel installation is seen in Ruicheng County in central China's Shanxi Province, Nov. 27, 2019. China's Premier Li Keqiang announced that the country would target a reduction of 18% in carbon intensity over the course of the next five years as part of the meeting of the ceremonial legislature which kicked off its annual meeting, March 5, 2021. 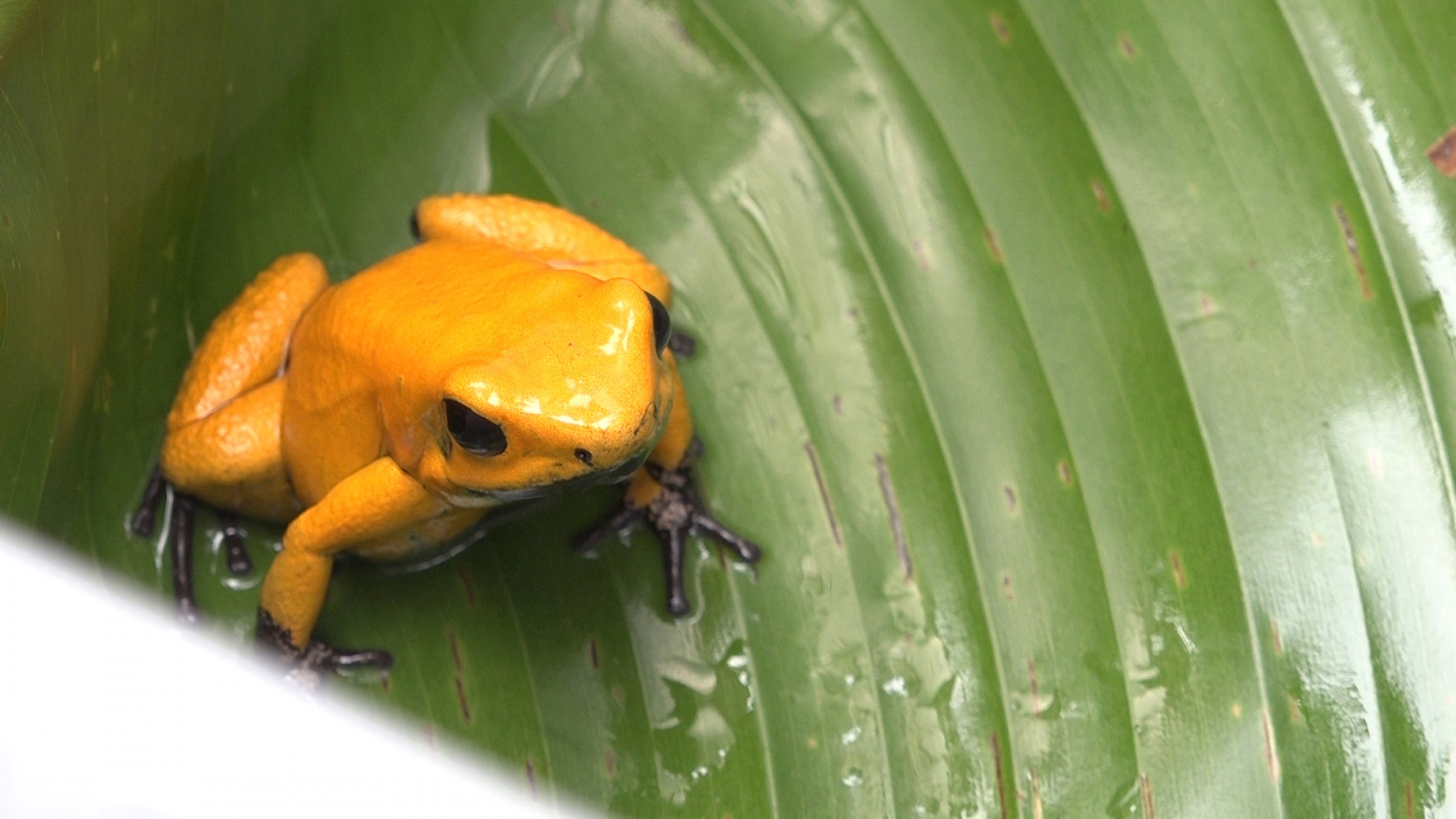 A golden poison frog, or Phyllobates terribilis, sits on a leaf at the Tesoros de Colombia frog farm, outside Bogotá.

Tesoros de Colombia (Treasures of Colombia), a company just outside of Bogotá, has taken a unique approach in an effort to counter a poaching threat to the country's rare and native frog species. The company sells frogs to collectors in Europe and the United States with the aim to put poachers out of business.

In hundreds of glass terrariums, the frog farm breeds tiny amphibians — about 2 inches long and native to Colombia’s forests — to export as pets.

Anonymous graffiti artist Banksy is hoping to raise over $4 million  for the UK’s National Health Service with the auction of the original canvas of “Game Changer,” a painting done as a tribute to health care workers during the first wave of the coronavirus pandemic. The framed painting depicting a boy playing with a superhero nurse first appeared at a hospital in Southampton, England. After the auction, a reproduction of the art will remain at the hospital. 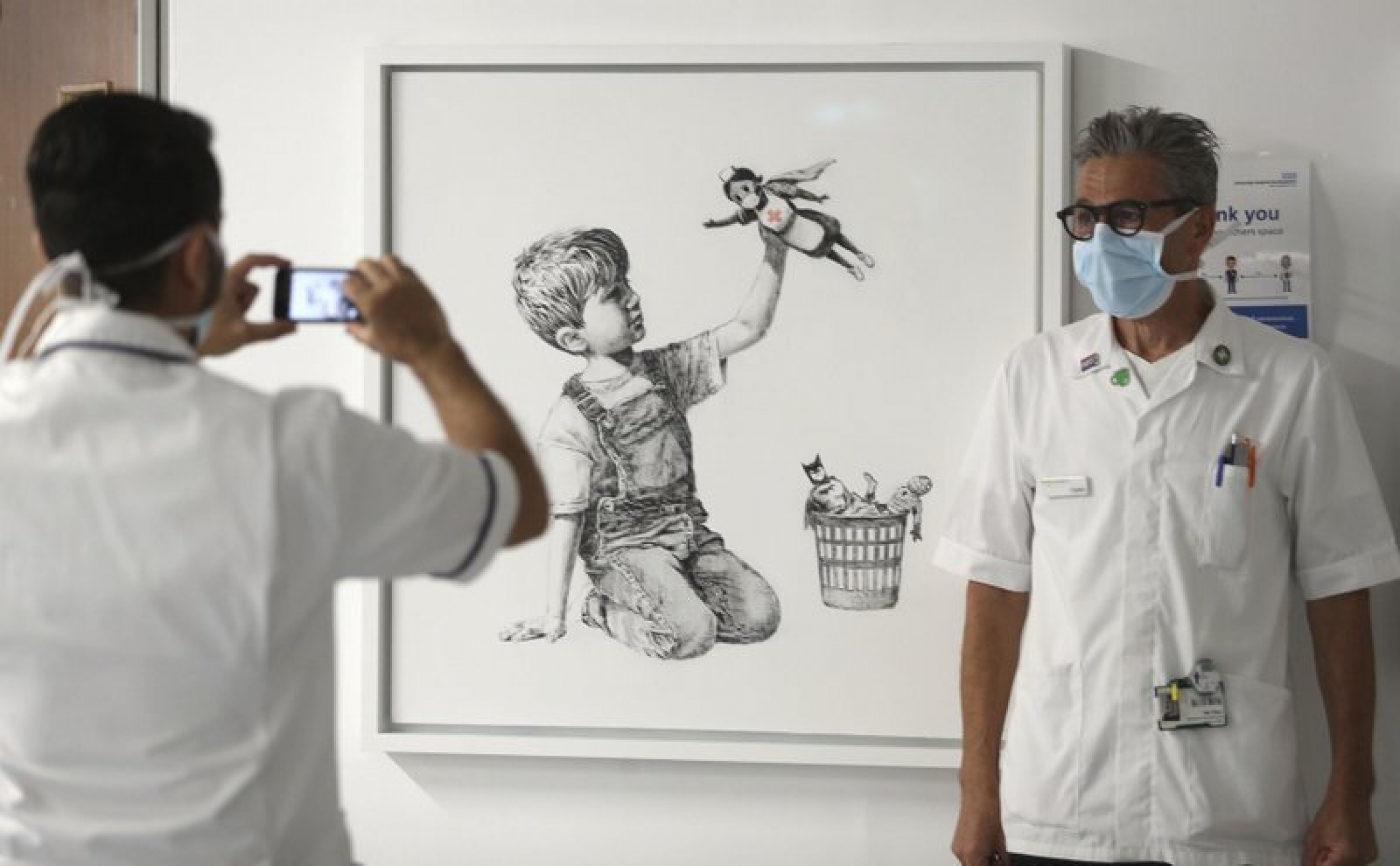 A member of staff has their photograph taken in front of a new artwork painted by Banksy that has gone on display to staff and patients on Level C of Southampton General Hospital. 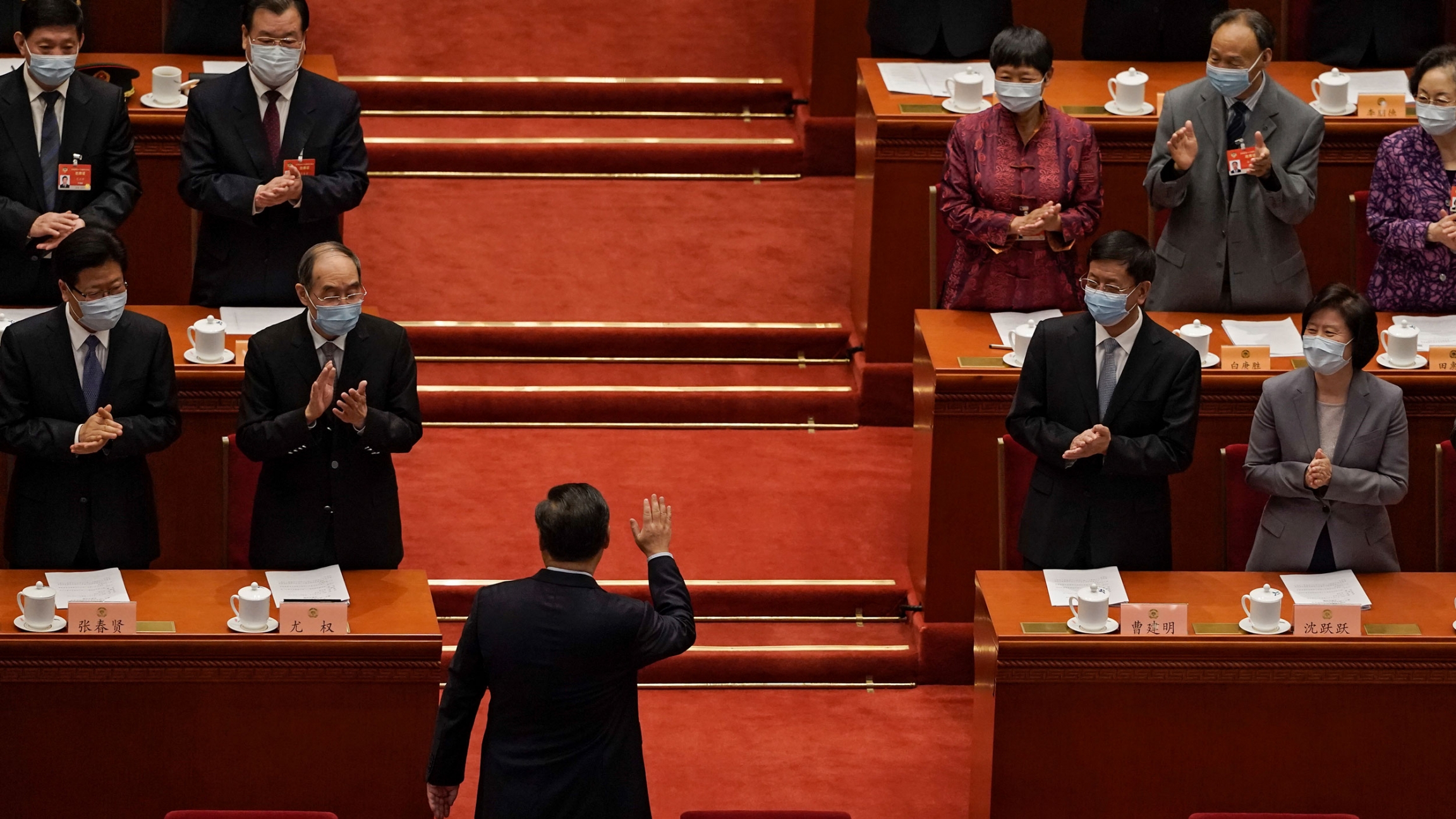 Chinese President Xi Jinping waves to delegates upon his arrial for the opening session of National People's Conference at the Great Hall of the People in Beijing, March 4, 2021.

China's National People's Congress began Friday by setting out broad plans for economic growth. Environment observers around the world are also keeping an eye on plans from China’s top lawmaking body for reducing carbon emissions over the next five years. And, for years, the US military has depended on Afghan interpreters for languages and advice on local norms. But when troops return home, the interpreters stay behind and can face deadly threats. Also, in Colombia, a frog farm is trying to defeat poachers, by competing against them.