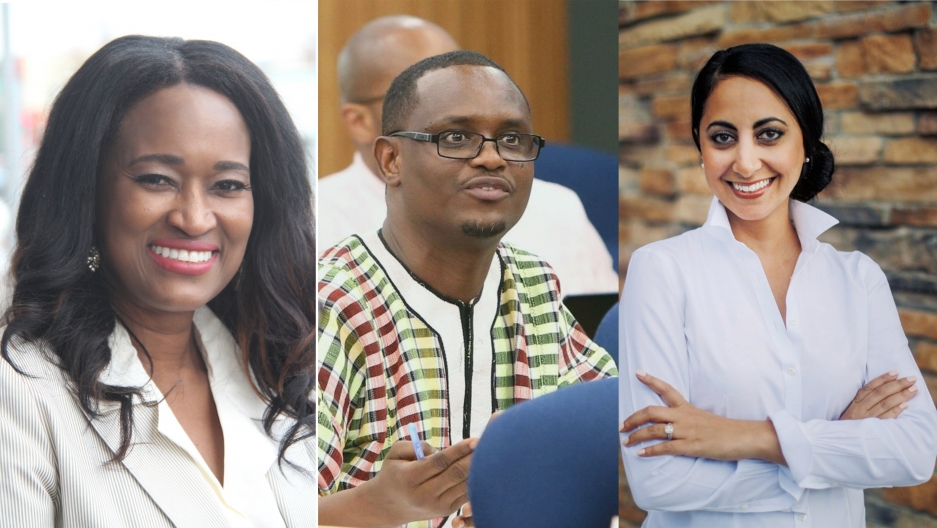 In the first election after President Donald Trump was elected — the 2018 midterms — there was an unprecedented wave of first- and second-generation Americans running for office.

That continued in the 2020 elections this week, resulting in immigrants and children of immigrants winning key positions across the country, and helping flip whole states.

Samba Baldeh, an immigrant from The Gambia, will represent a mostly white area in the Wisconsin Legislature as its first Muslim member. Naquetta Ricks, a refugee from Liberia, is joining the Colorado House. Kesha Ram, the daughter of an Indian immigrant father and Jewish American mother, is now the first woman of color in the Vermont Senate. Iman Jodeh, the daughter of Palestinian immigrants and refugees, is now Colorado’s first Muslim lawmaker.

“I'm very proud that Colorado has decided to break that glass ceiling and make history, but also I have a strong track record of advocating for all communities.”

“I'm very proud that Colorado has decided to break that glass ceiling and make history,” Jodeh said, “but also I have a strong track record of advocating for all communities.”

Jodeh and most other first- and second-generation candidates ran as Democrats. Immigrants and their allies were also behind a historic political shift in Arizona, including the election of Mexican American paramedic Melody Hernandez, who won a seat in the Arizona House. 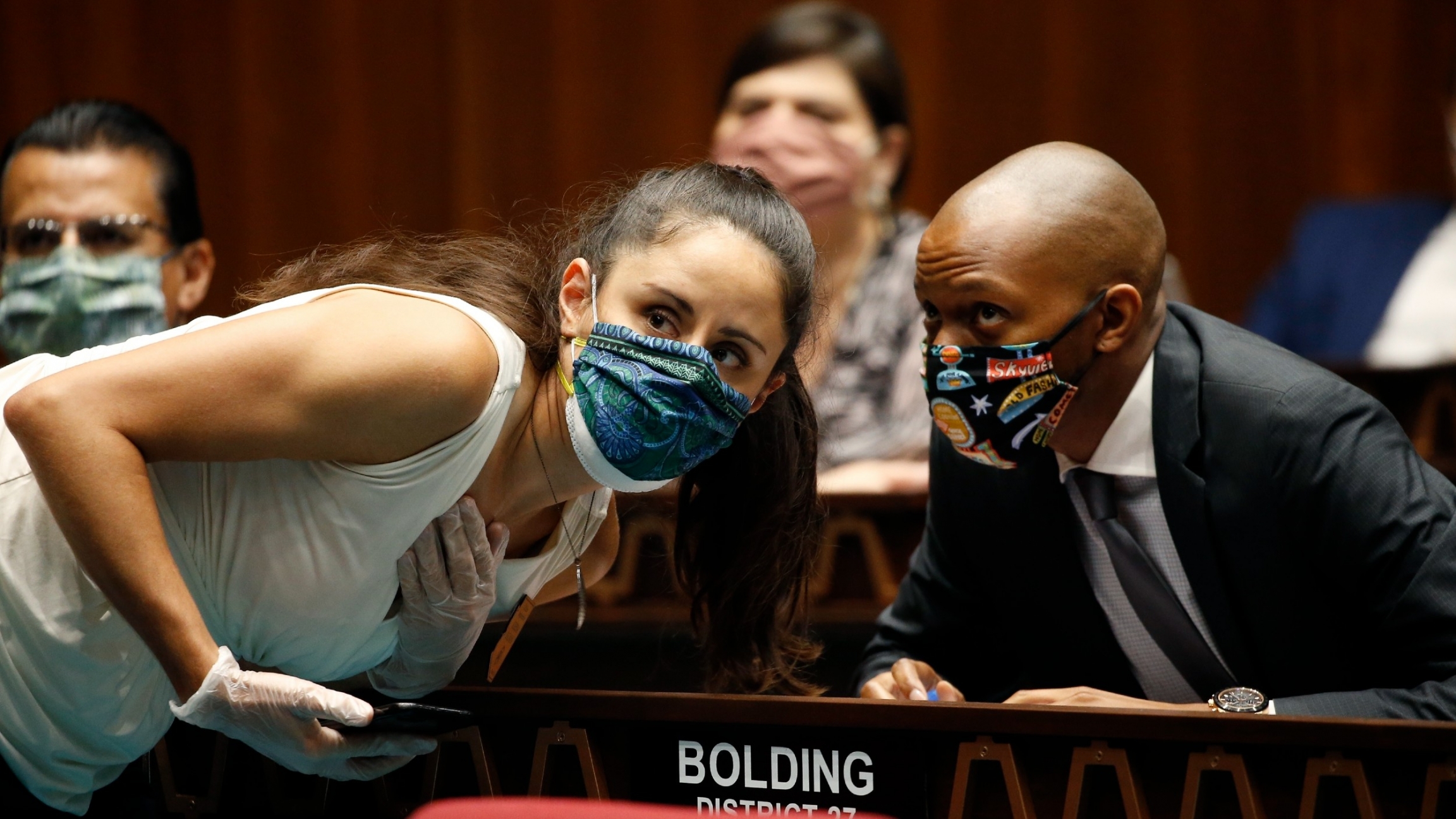 Rep. Athena Salman, left, talks with Rep. Reginald Bolding during a vote in the Arizona House of Representatives to end the 2020 session due to the coronavirus, May 19, 2020, in Phoenix.

“It's exciting to be at that turning point,” said Arizona House Minority Whip, Athena Salman, who was reelected this week. She said the Democratic wins were the result of 10 years of organizing by an alliance of marginalized communities, which came together to fight what they saw as Republican leaders’ anti-immigrant policies.

“That was the catalyst where so many organizations and unions here on the ground made a commitment and made a promise to Arizonans that we would fight back and build an Arizona where everyone has the opportunity to succeed, and leave behind the Arizona that for too long has been defined by racism and scapegoating,” she said.

Related: Why is Arizona trending blue? Ask Latinos and immigrants who live there.

Many of the immigrants and children of immigrants who ran for office this year had the same stated goals: to defend democracy, diversity and inclusiveness. In Georgia, Chinese American anesthesiologist Michelle Au was treating COVID-19 patients, listening to the president call it the “China virus,” and campaigning for a seat in the state Senate, which she won this week.

“It is incredibly exciting to be in Georgia in this moment because you really feel that you are living through this inflection point in American politics,” Au said.

These first- and second-generation Americans will play an important role in helping people in the US visualize themselves as part of a more integrated country, said Sayu Bhojwani, founder of New American Leaders, a group that trains candidates.

“They're redefining and helping us reimagine what an American leader looks like. They are reflecting the full breadth of the American experience, which includes the immigrant and refugee experience,” she said. “And that's both a sign of progress, but also an indication of how far we have to go so that these folks are not the first and only.”

“They're redefining and helping us reimagine what an American leader looks like. They are reflecting the full breadth of the American experience, which includes the immigrant and refugee experience,” she said. “And that's both a sign of progress, but also an indication of how far we have to go so that these folks are not the first and only.”

Bhojwani acknowledged that these new office holders will likely be entering tough environments, where they will be one of the few nonwhites and may face racism. She said they’ll have to be realistic about what they can accomplish.

Related: With foreign interference a recent memory, how secure are 2020 US elections?

“Sometimes, the best that they can do is push back against negative legislation and help educate their fellow colleagues about the actual implications of that legislation,” Bhojwani said.

Still, in the long term, Abdullahi Abdulle hopes people like him in local offices will have an overall national impact. Abdulle is a Somali immigrant, city planner and military veteran who just won a seat on the city council in the Minneapolis suburb of New Brighton.

“I'm hopeful that these small wins will extrapolate and in the future, somebody like Trump will not be able to to have followers that will listen to his fearmongering, because they then know that, ‘Oh, I know Abdullahi — he's somebody that's serving in our local city council,’” he said. “So I'm hoping it will have even bigger implications in the future.