As the world waits for results from the hotly contested 2020 US presidential election, how are political cartoonists from around the globe responding to the drama?

As of early Friday, Democratic nominee Joe Biden had surpassed President Donald Trump in key battleground states, with some news outlets already calling the election for Biden. The final outcome has been delayed while states continue to tally millions of votes.

Related: The world is watching: Global reactions to US election

Some political cartoonists have seized upon the collective anxiety of the moment. Others have commented on the fractious nature of the “disunited states,” while others have suggested — through their cartoons — that America is afraid to look at itself in the mirror.

Here are some of the best political cartoons that capture the moods and attitudes that define this unique election cycle. 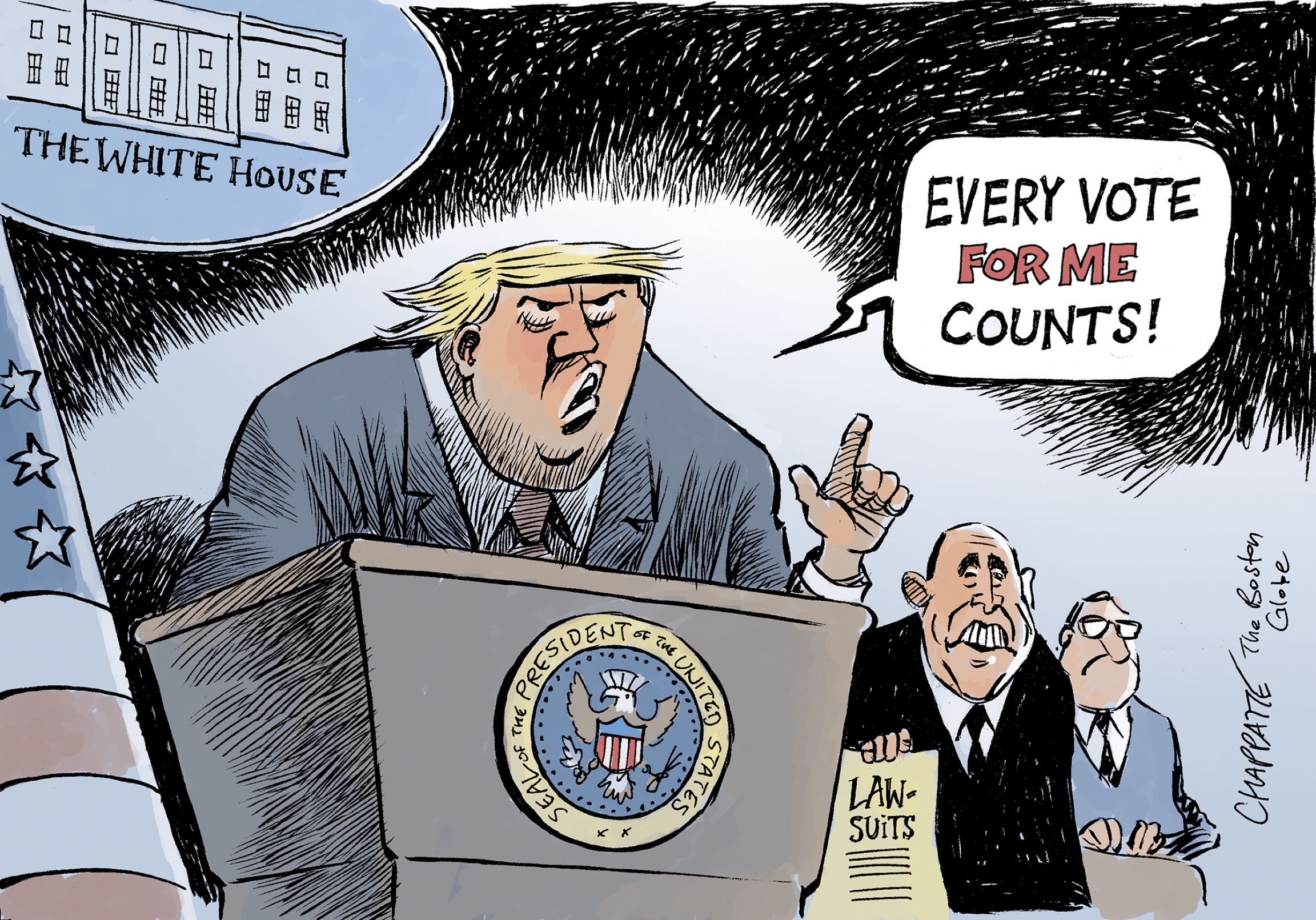 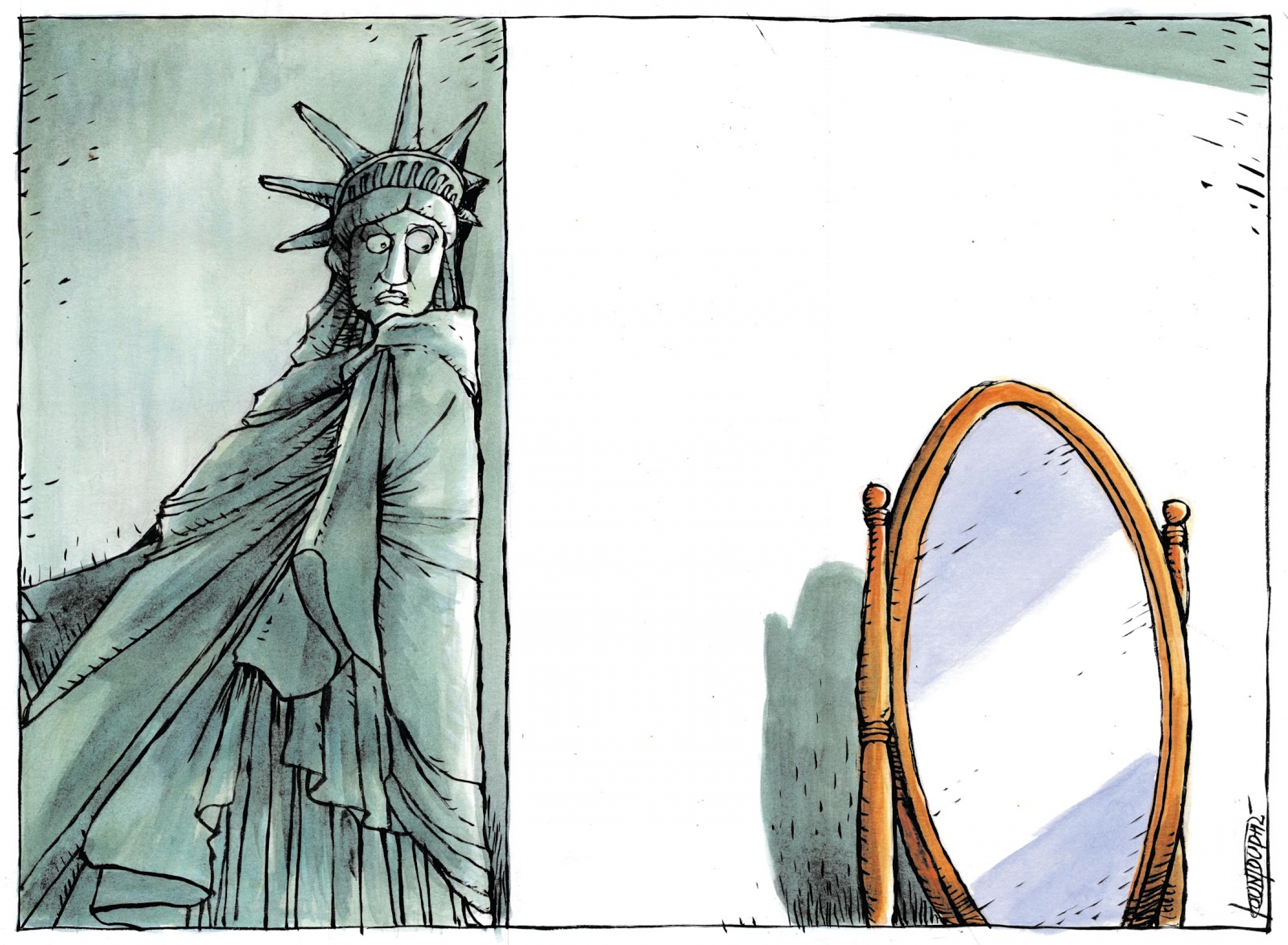 "Election 2020: Waiting for results," by Michael Kountouris, from Greece.

Courtesy of Michael Kountouris via Caglecartoons.com 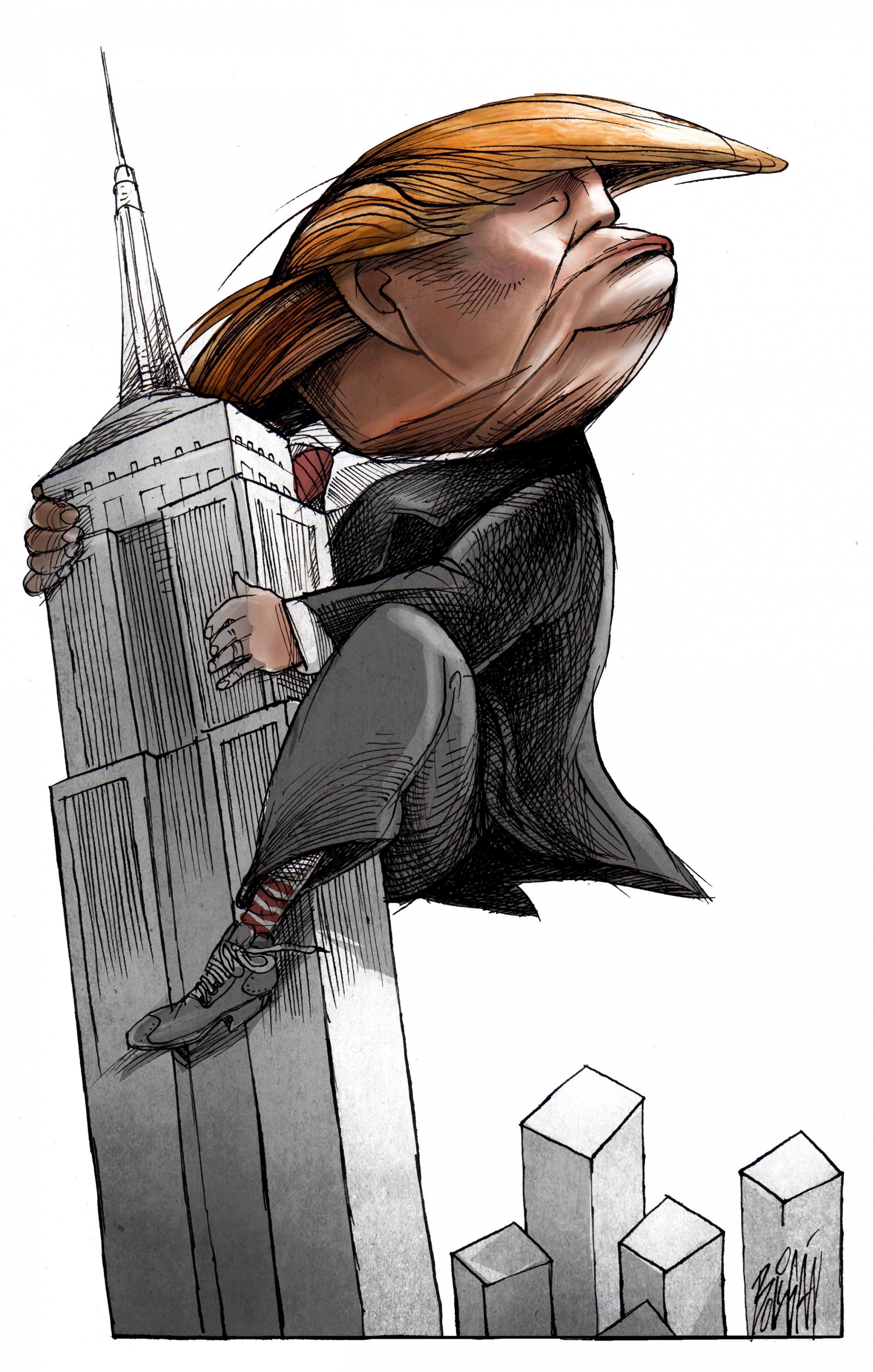 ‘The Fractured States of America,’ by Anne Derenne, Spain

‘Until the last breath,’ by Petar Pismestrovic, Austria

Until the last breath pic.twitter.com/qv2PMCYIdy