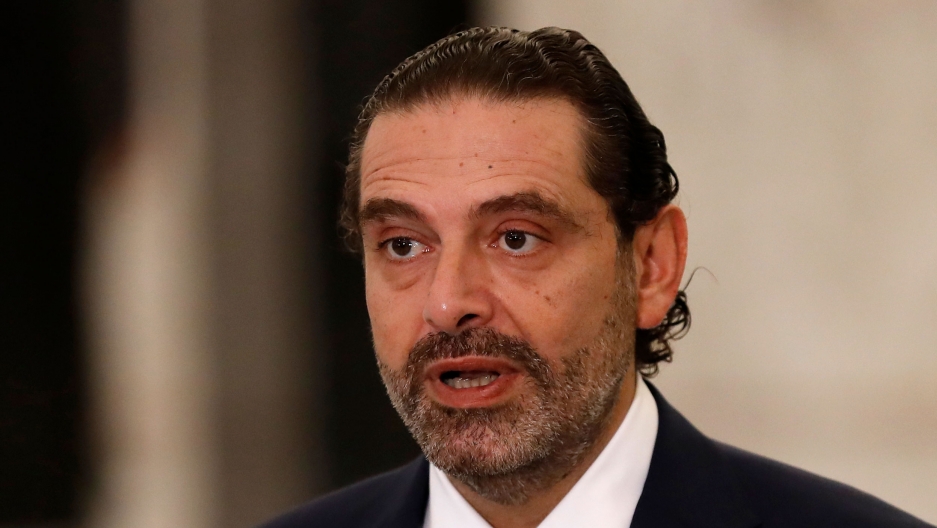 Amid an unprecedented economic and financial crisis, former Prime Minister Saad Hariri has been tasked with forming a new government Thursday, bringing back the veteran politician a year after he was toppled amid nationwide protests.

President Michel Aoun designated Hariri to form the next government after a slight majority of votes from lawmakers, securing the return of an old name to lead the country desperate for change.

Hariri now faces a more impoverished Lebanon, devastated by a massive explosion in August that defaced Beirut. He is also up against a more determined opposition.

But the 50-year-old politician takes the helm with a sense of urgency and more involvement by international leaders who have warned that the small country is on the verge of collapse. Hariri pledged to quickly form a new government — his fourth in the last decade — that would halt the country's economic collapse, calling it the "last and only" opportunity.

The task is enormous, amid an unprecedented economic crisis, and stiff opposition, including from former political allies and protesters who had been demanding change. "Saad, don't dream of it," read posters raised by protesters, who see him as a symbol of an entrenched political class they blame for the country's woes.

In the past year, Lebanon's currency has collapsed, losing nearly 80% of its value, while prices, unemployment and inflation soared. Lebanese have been unable to access their savings, as banks imposed informal capital controls, fearing a run on deposits.

The gigantic August explosion in Beirut's port, caused by thousands of tons of highly explosive chemicals stored in a warehouse, compounded the crises. The blast killed nearly 200 people, and injured over 6,000. It was seen as further proof of an incompetent political class in charge of governing the small country since the end of its 15-year civil war in 1990.

"I say to Lebanese who are suffering hardship to the point of despair, I am determined to keep my promise, to work on stopping the collapse that threatens our economy, society and security and to rebuild what was destroyed by the terrible port explosion in Beirut," Hariri said. "Time is running out."

Hariri's successor last year — a technocrat who led a government supported by the Hezbollah group and its allies — stepped down after the massive Aug. 4 blast.

The explosion prompted France, a longtime ally and former colonial ruler, to push for a new political order in Lebanon. Paris launched what came to be known as the French initiative, designed to pressure rival politicians to reach an agreement on a government empowered to introduce wide-ranging economic reforms. The international community has said it will not help Lebanon financially before reforms are implemented.

Hariri pledged a government of non-partisan specialists tasked with implementing economic, financial and administrative reform according to the French initiative, endorsed by mainstream Lebanese politicians. A new government is expected to resume talks with the IMF for a desperately needed bailout, amid rapidly shrinking foreign currency reserves.

But Lebanon's complex sectarian-based political system makes reaching major decisions a significant challenge. Power, including government posts, is distributed among the country's Shiites, Sunnis and Christians who often get bogged down in horse trading because of fears of losing their calibrated clout.

The French initiative first resulted in the naming of Mustapha Adib, a technocrat backed by Hariri, as prime minister-designate. But Adib stepped down a month later, after failing to form a government of specialists after Shiite political groups insisted on naming the sect's ministers.

Hariri has since re-emerged as the only contender. He secured 65 votes out of 120 lawmakers polled on Thursday by Aoun amid sharp divisions over the shape of the future cabinet. Hariri is insisting on a government of specialists that excludes political parties.

The powerful Shiite militant group Hezbollah supports Hariri's designation but refrained from voting for him to avoid appearing to be breaking ranks with its ally, Aoun's party. Hariri got backing from the other Shiite group, Amal, as well as the largest Sunni bloc, a small Christian party and independents.

"This designation will be marred with weakness and insufficient representation," said Gebran Bassil, the head of Aoun's party. He said his bloc expected Hariri to form a government that represents political parties, even if it included technocrats.

In a speech on the eve of the consultations, Aoun signaled he would not stop Hariri from being named prime minister but indicated he wants a bigger role in government formation. Most observers expect a rocky process.

"Today, I am required to designate (a prime minister) and then participate in the formation of a government," Aoun said. "Will the one who is nominated commit to addressing corruption and launching reform?"

Portending tensions ahead, protesters who took to the streets Wednesday rejecting Hariri's nomination were heckled by his supporters amid heavy security deployment. Hariri's supporters also set fire to a large depiction of a fist that symbolizes the uprising against the old political class.