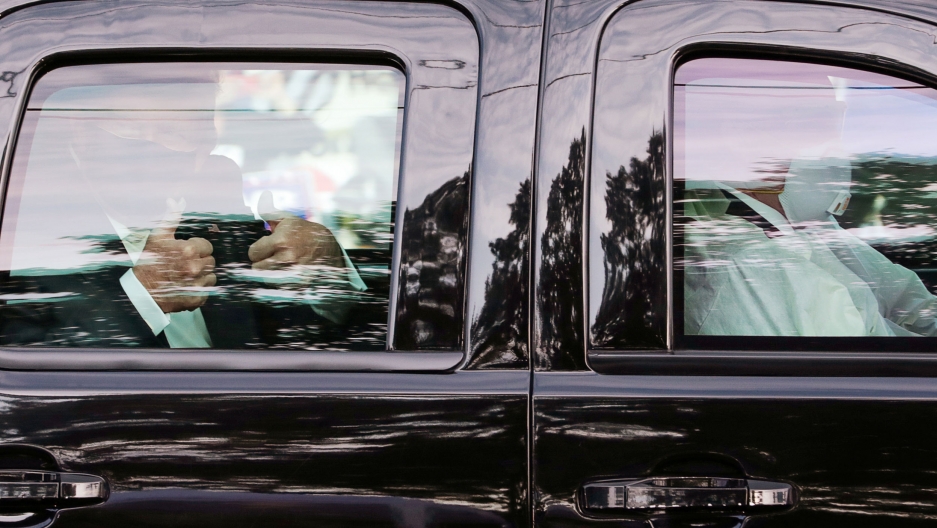 US President Donald Trump gives the thumbs up sign as he rides in the presidential SUV with two Secret Service agents as they drive past the front of Walter Reed National Military Medical Center, where he is being treated for coronavirus disease, Oct. 4, 2020.

President Donald Trump on Monday began his fourth day at Walter Reed National Military Medical Center where he is being treated for COVID-19. His condition remains unclear, though officials said he is anxious to return to the White House in an effort to show strength and could be released as early as Monday.

Trump disregarded precautions meant to contain the deadly virus on Sunday and ventured out — while contagious — to wave to supporters from a black SUV with the windows rolled up and Secret Service agents inside. Doctors have revealed that his blood oxygen level dropped suddenly twice in recent days and he’s receiving a steroid treatment, dexamethasone, typically only recommended for the very sick.

It was a weekend where confusion about Trump’s health remained the subject of intense scrutiny as it could imperil the leadership of the US government and it potentially threatens national security. Some critics suggest that US adversaries including Russia, China and Iran could try and exploit the uncertainty in Washington. Former Defense Secretary Leon Panetta said Trump's COVID-19 diagnosis put the US in a “vulnerable position.” And, the US military is actively working to reassure the public that it was business as usual at the Pentagon.

Missile strikes and violent fighting between Armenian and Azerbaijani forces over the separatist territory of Nagorno-Karabakh continued in the mountainous Caucasus region on Monday. Both sides continue accusing each other of launching attacks and observers are concerned that the conflict could spiral into a bigger regional war.

And Pope Francis said on Sunday in a new document titled “Fratelli Tutti,” that the coronavirus pandemic has shown that market capitalism has failed and that the world needs a new type of politics that promotes dialogue and solidarity and rejects war at all costs. 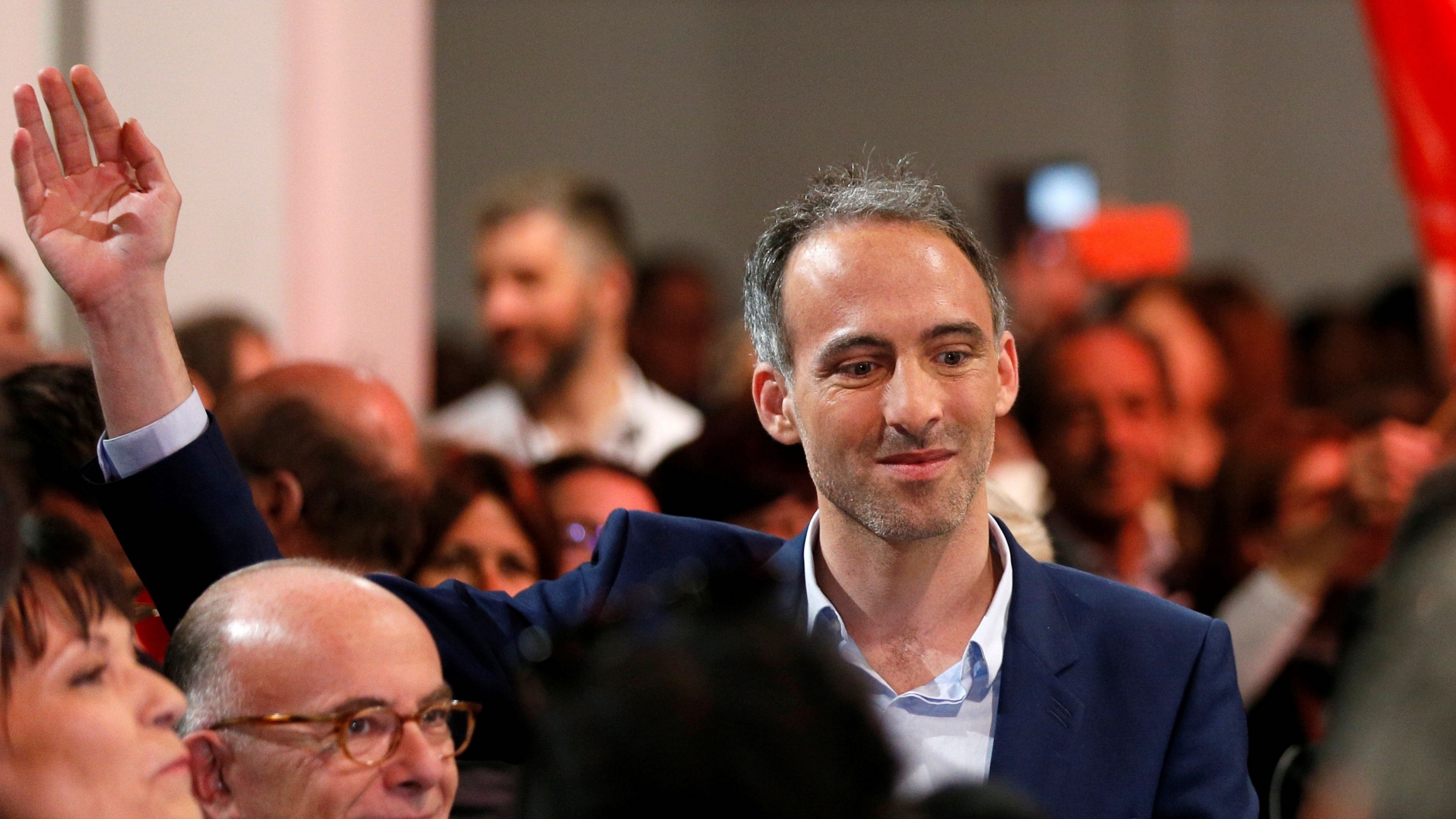 When he won a seat in the European Parliament last year, Raphaël Glucksmann promised something different. His goal was to become "the voice of the voiceless people.”

Explainer: Both candidates' platforms underline US struggle to confront China 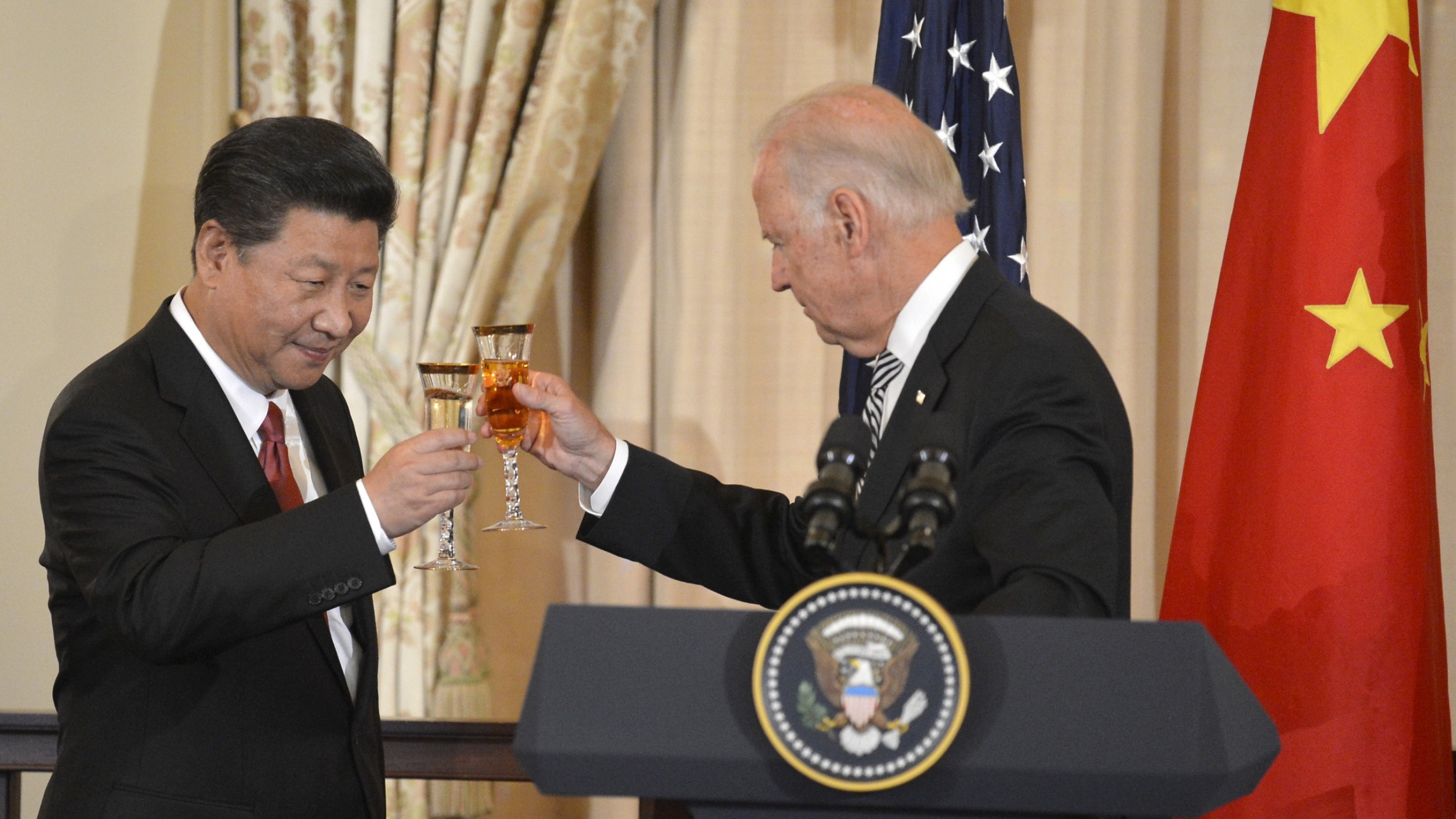 Chinese President Xi Jinping and then-Vice President Joe Biden raise their glasses in a toast during a luncheon at the State Department, in Washington, Sept. 25, 2015.

With China flexing its muscles like never before, Donald Trump and Joe Biden try to convince voters that their policies will be better for trade, technology and human rights. They also promise to lessen US dependence on Beijing, a campaign pledge that may prove difficult to fulfill.

“The important thing is that today, for the first time, with high water, Venice didn’t flood.” https://t.co/cuMe2nf682 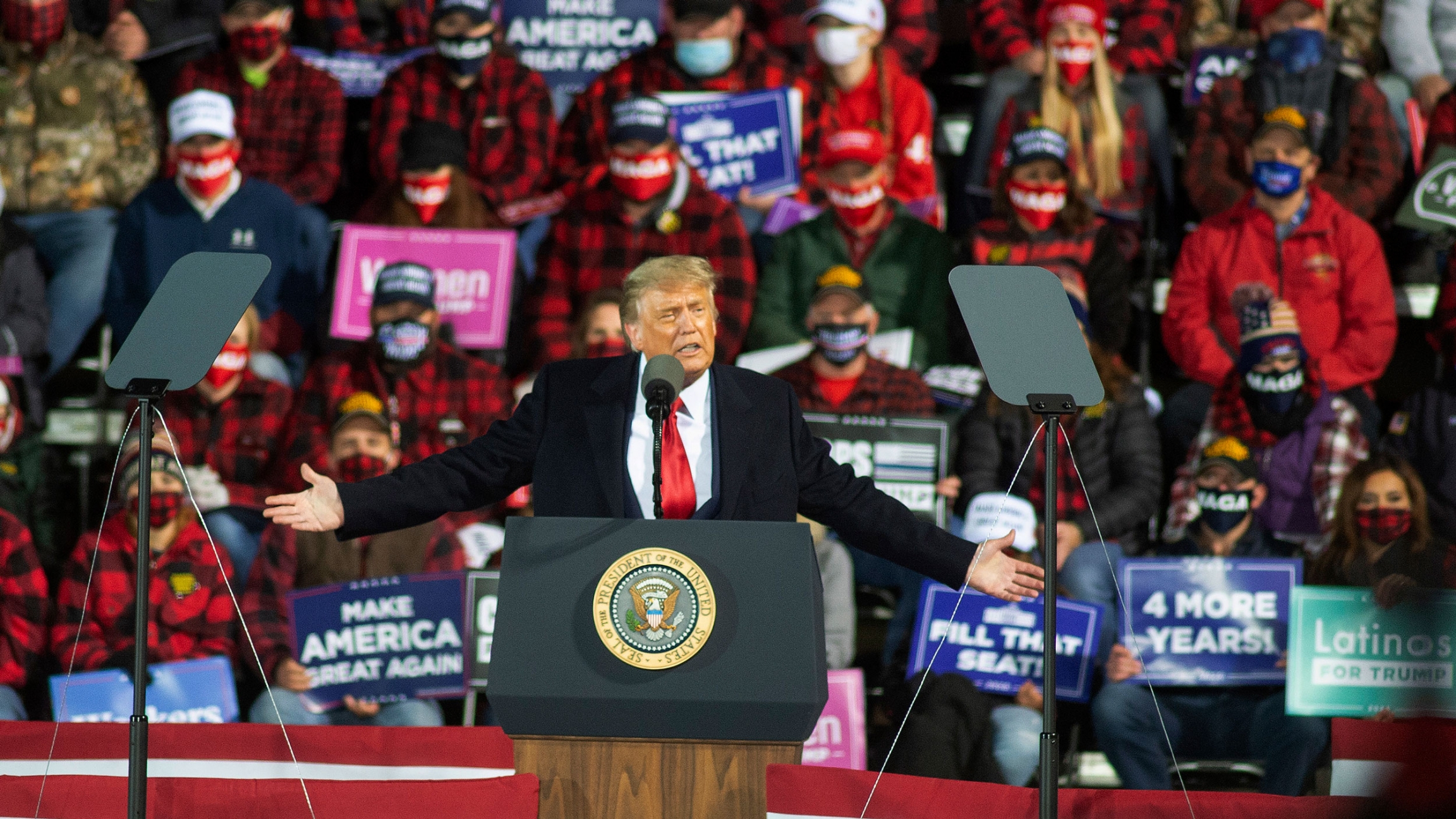 US President Donald Trump speaks during a rally in Duluth, Minn, Sept. 30, 2020.

Since the early days of the coronavirus pandemic, doctors have learned a lot more about the disease. That might be good news for President Donald Trump. And, the British fashion label Fred Perry announced last week that it stopped selling their black and yellow polo shirt in Canada and the US. The shirt has become part of the de facto uniform of the Proud Boys, a white supremacist group. Also, the Great North Air Ambulance Service in northern England is considering a new transport device for its medics: Jet suits.