President Donald Trump’s China policies may seem paradoxical, with his administration alternatively provoking and appeasing the United States’ main economic rival. Recently, his messaging has focused on harsher treatment of Beijing when it comes to trade tariffs, technology restrictions, military frictions and handling of the coronavirus pandemic.

Sino-US tensions have worsened over the last few months, with Trump scapegoating the “Wuhan virus” or “China plague” for causing huge American job losses and a staggering death toll.

Related: Schiff: US power to confront hard targets like China ‘has really atrophied’

In the first presidential debate Tuesday, Joe Biden mocked Trump’s attitude toward Chinese President Xi Jinping early in 2020, when Trump reportedly said, “We owe [Xi] a debt of gratitude for being so transparent with us.” Later Tuesday evening, Biden again slammed Trump on the same topic: “He talks about the ‘art of the deal,’ [while] China has perfected the ‘art of the steal.’”

Critics suggest that Trump’s unilateral, “America first” tactics haven’t worked well with China’s authoritarian government — talking tough, but not effectively containing the threat. A new Democratic administration could cooperate on certain issues while enhancing US expertise, language skills and resources to confront China, according to Rep. Adam Schiff, who chairs the House Intelligence Committee. Even so, the United States is likely to maintain many of the same policy stances, whoever wins the election next month.

During his term in office, Trump has pursued trade wars around the world with a variety of economic competitors — and allies — but perhaps none as aggressively as China. It is this fundamental commercial clash that has typified Washington’s cold war orientation toward Beijing in the last few years. Current US tariffs cover approximately three-quarters of all goods imported from China.

Biden’s campaign gives a similar view of China as an illiberal adversary aiming to weaken the US-led world order. While both Trump and Biden say they had a personal rapport with Xi, they both acknowledge the relationship has declined. However, each campaign has released videos arguing the other candidate is not strong enough to stop China’s rise.

Trump’s campaign website promises to “end our reliance on China” by bringing back 1 million manufacturing jobs, offering tax credits to companies that reshore such opportunities, and denying federal contracts to companies outsourcing to China. Biden says American workers would be prioritized before joining a renewed version of the Trans-Pacific Partnership among a group of friendly Pacific Rim countries, exclusive of China. 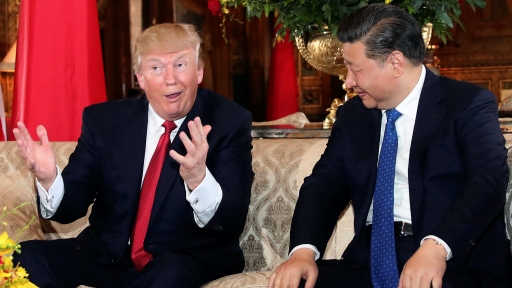 With the Trump administration’s phase one US-China trade deal not fully consummated, it has yet to be seen whether both sides can follow through with their ends of the agreement to reduce tit-for-tat tariffs. With a phase two implausible for now, the next president’s approach may hinge on whether China purchases more energy and farm exports from the US as promised.

Trump detractors say the deal represents a superficial handshake that has done little to address China’s lackluster protection of US intellectual property and its unfair industrial policy. They also say it turns a blind eye as China continues advancing its interests globally and violates human rights at home.

Both candidates aim to speed up the US drive to make supply chains for pharmaceuticals, medical goods, robotics and other critical products less reliant on Chinese manufacturing — especially when national security is at stake. American policymakers resent that Chinese firms benefit from state subsidies and forced tech transfer. They also fear data privacy is compromised by Chinese spy agencies and cozy company ties to the ruling Communist Party.

Biden would likely pursue many of the same strategic efforts to shore up US capabilities with 5G wireless network technology and artificial intelligence. His advisers emphasize that any decoupling would be limited to especially sensitive sectors like quantum computing and next-generation communications. Yet, Biden’s platform cites Chinese competition through the ambitious Made in China 2025 initiative — on clean tech and beyond — as a reason for America to invest heavily in alternative energy, infrastructure upgrades and cutting-edge research and development.

For his part, Trump hopes to capitalize electorally on protectionist actions: He has banned telecom giant Huawei from business with the US; twisted TikTok parent company ByteDance to spin off the quick-video mobile app; and moved to prohibit the popular Tencent service WeChat.

In August, Secretary of State Mike Pompeo announced the Clean Network program to guard US citizens’ personal information against Chinese wireless carriers, app developers, cloud providers and undersea cable connections. “Momentum for the Clean Network program is growing,” said a statement from Pompeo that referred to China’s “surveillance state and other malign entities.”

Another integral part of the current US strategy is teaming up with Taiwan, which is territory claimed by China, on everything from defense to infrastructure building around the region. In the past, Biden has advocated keeping the policy of “strategic ambiguity” around possible intervention in a Taiwan Strait conflict.

While Trump has challenged Chinese military activities in the South China Sea, cyberespionage on US interests, and questionable motives in the Belt and Road Initiative, the White House seems to have withheld some criticism of Beijing for human rights problems.

Especially troubling to the international community are mass detentions of ethnic Uighur Muslims in the western Xinjiang province and crackdowns on pro-democracy activists in Hong Kong. In June, Trump moved to sanction Chinese officials involved in Uighur oppression. And in July, the administration punitively ended special status for Hong Kong.

Biden has said that, if elected, he will take a more aggressive stance in defense of Tibet. “My administration will sanction Chinese officials responsible for human rights abuses in Tibet, and step up support for the Tibetan people,” he pledged, affirming support for minority rights and religious freedom in China.

With his internationalist credentials — well-known after eight years as Barack Obama’s vice president and several decades on the Senate Foreign Relations Committee — Biden would be inclined to approach China with a more conventional tone.

Human rights is the area where Democrats tend to disagree most with Trump’s China policies, despite mostly supporting his hard-line approach toward what the president calls “unfair” Chinese economic practices.

One key difference between Biden and Trump is the Democratic challenger’s faith in old-fashioned diplomacy as a tool to preserve and fortify multilateral institutions. Biden would join forces with US partners to work against China where appropriate.

Notably, Biden says he would engage the Chinese government and the World Health Organization to fight the coronavirus. Trump, meanwhile, has repeatedly sought to blame China for understating COVID-19 case data, failing to share with other countries crucial information at the early stages of the pandemic, and covering up facts about the origin of the coronavirus. 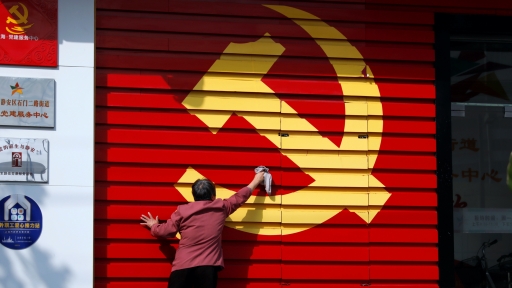 Biden argues that Trump disregarded US intelligence reports about China downplaying the seriousness of the threat. Meanwhile, Trump’s website pledges to “hold China fully accountable for allowing the virus to spread around the world.”

A Biden administration would employ some of the same policy methods and fundamental assumptions but would emphasize the importance of partnering with other democracies to combat China’s influence. The Democrats have also made the point that China benefits from the discord that Trump has produced, both within the US and with traditional American allies overseas.

In China, the widely held view in 2020 is that a Biden presidency could offer greater possibility for improved relations with the US, while another term with Trump might mean continued negativity between the two powers that just can’t seem to get along.

But many Chinese also believe that Trump’s anti-China antics are merely part of his election message and that he’ll likely soften his position once the votes are counted. On one hand, Trump’s law-and-order rhetoric resonates with some Chinese observers. On the other, there are plenty who look forward to a US leader like Biden, who is more steady and predictable.

Related: Chinese reactions to Trump and Biden are mixed

It is possible that neither candidate would ease up on China, given that a more conciliatory approach may not jibe with US public opinion — particularly as the American people increasingly perceive that an ascendant China saps US economic and military might.

Trump represents a starkly different worldview than Biden, as implied by his comment on a conservative talk radio show that Americans will have to learn to speak Chinese if Biden is elected. Despite this contrast, both subscribe to the mainstream US consensus: rejection of China’s role as a true partner and wariness about the global reach of a society hostile to democracy.

And though Biden too would likely use sanctions and stern language, he has committed to reviewing the tariffs on Chinese goods once in office. For the former Delaware senator, such a hammer would just be one of many tools in his toolset.