Raphaël Glucksmann is not your typical politician. In fact, the French activist and journalist will be the first to tell you that he kind of hates politics.

“It’s weird, the political world,” he said, as he raised his eyebrows. “You have people who basically only speak with talking points — they don’t believe in what they say.”

But when he won a seat in the European Parliament last year, Glucksmann promised something different. His goal, he said, “was to be the voice of the voiceless people.”

Glucksmann doesn’t just mean in France. Right now, one of the populations he’s most concerned about is Uighur Muslim people in China.

The government insists the camps, mostly located in the northwest Xinjiang region, are reeducation facilities for the country’s Muslim ethnic minority. But rights groups liken them to concentration camps, and multiple sources have found evidence that detainees are subjected to forced labor, sterilization and torture.

New evidence shows the camps are only expanding. A recent report from the Australian Strategic Policy Institute (ASPI) discovered 380 camps in the northwest Xinjiang region, 40% more than previously thought.

That’s when Glucksmann saw an opportunity. He launched a campaign on social media where he called out the offending brands and called on a generation of mobilized youth to help spread the word.

Emma Madani is an 18-year-old student who says she learned about the conditions in Uighur camps through Instagram. 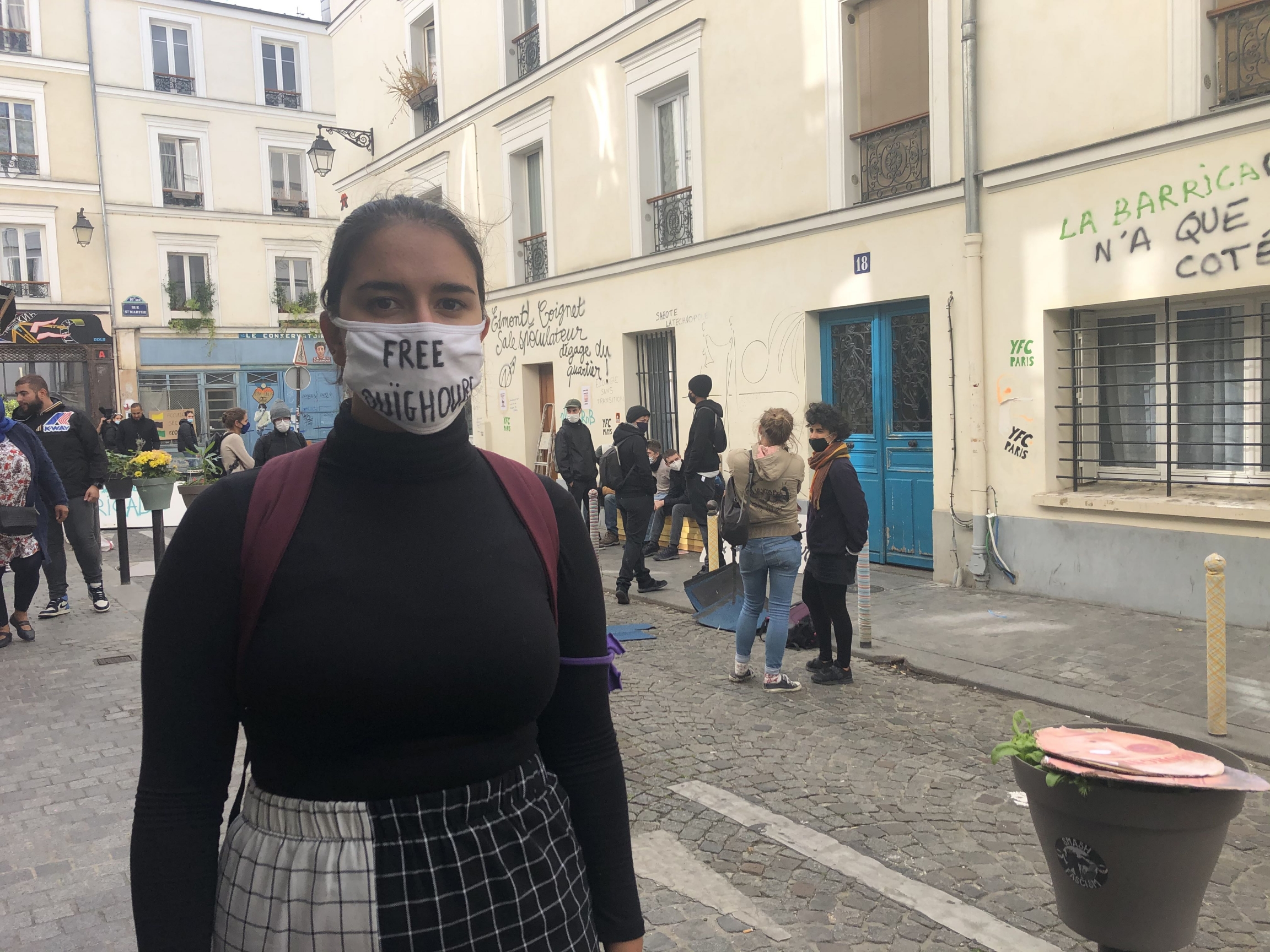 Emma Madani, 18, changed her shopping habits after learning about Uighur camps through Instagram.

“I stopped buying everything on the list posted on social media.”

“I stopped buying everything [that appeared] on the list posted on social media,” she said.

It’s not an easy task, given the list includes some of the world’s top brands: H&M, Amazon, Samsung and Google.

Today, Madani wears a face mask that says: “Free Uighurs” in French. She’s also one of hundreds of young people who recently gathered in a small corner of eastern Paris for a day of activism organized by the Youth for Climate Action movement.

People handed out food and flyers while others took to the microphone to discuss human rights causes, including the plight of the Uighurs.

“I am more hopeful now before than before,” said Dilnur Reyhan, who was one of the speakers. Reyhan is the president of the European Uyghur Institute and has worked with Glucksmann on his campaign. She says the youth involvement over the past year has made a tremendous difference.

“Before I felt powerless because the genocide is here, and no politicians or governments were responding,” she said. “But now, the situation has changed. Now, I know even as simple citizens, each of us has power.” 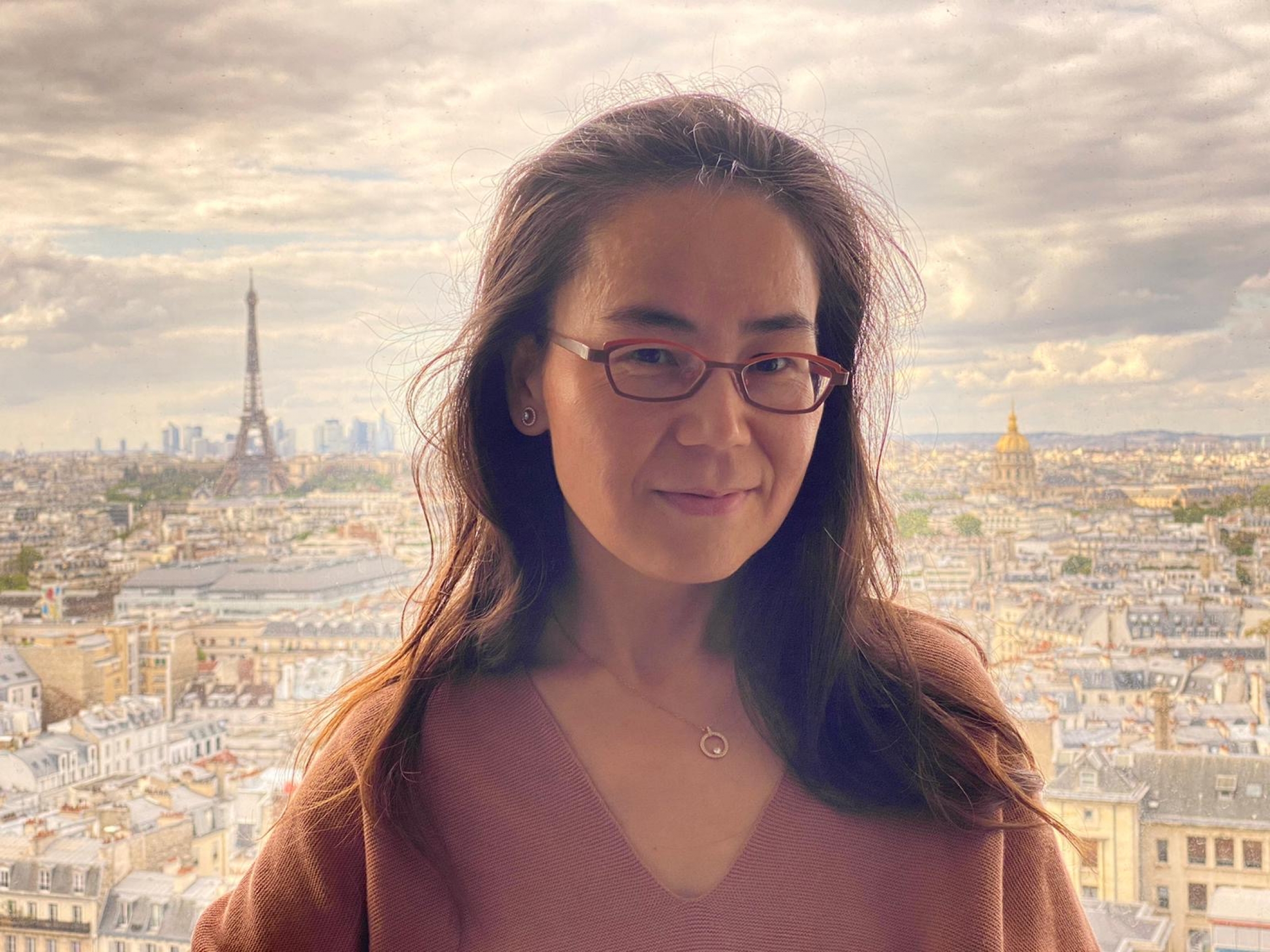 Dilnur Reyhan, president of the European Uyghur Institute, says the youth involvement over the past year has made a tremendous difference.

Glucksmann has been able to harness that power and convince some brands — including H&M and Lacoste — to cut their ties with Xinjiang.

But he says other brands will only change if they’re forced by law.

That’s why he’s working on a legislative proposal that would require any retailers that want to sell in Europe to remove forced labor from their supply chains. Otherwise, they could be fined or go to jail.

“If you [implement forced labor] in France you would go to jail directly. So, why on earth would [brands] think they can escape any form of penal responsibility if they do it in China.”

“If you [implement forced labor] in France you would go to jail directly,” Glucksmann said. “So, why on earth would [brands] think they can escape any form of penal responsibility if they do it in China.”

Even though he says he’s not a fan of his politics, Glucksmann quickly applauded Trump for the ban.

“He represents everything I reject,” Glucksmann said. “But I don’t care. For me, human rights are more important than my vision of the world so, if he does something right, I will say it.”

But he also says leaders in Europe shouldn’t let Trump be the face of the campaign against human rights violations in Xinjiang.

“I think European leaders should die out of shame,” Glucksmann said. “They let Donald Trump be a leader on confronting the most massive human rights violation in today’s world.”

The next time someone wears Adidas shoes or a dress from The Gap, he wants them to think about where the product came from.

If they’re disturbed with what they discover, he hopes they’ll heed his call to action.