LGBTQ marriages are now accepted across Europe, North America and many parts of South America. But this revolution has yet to sweep into Asia.

Thailand is set to shake up this status quo, advancing a law that will allow “civil partnership” between LGBTQ couples. It will be the first Southeast Asian nation to do so — just as Thailand was the first major nation in the world to let women vote.

Related: In Thailand, posting a selfie with a beer is a potential crime

So, time to pop the champagne, right? Not so fast.

“Yeah, we have to think like that to be happy,” she said. “You get something, you should be happy with it.” 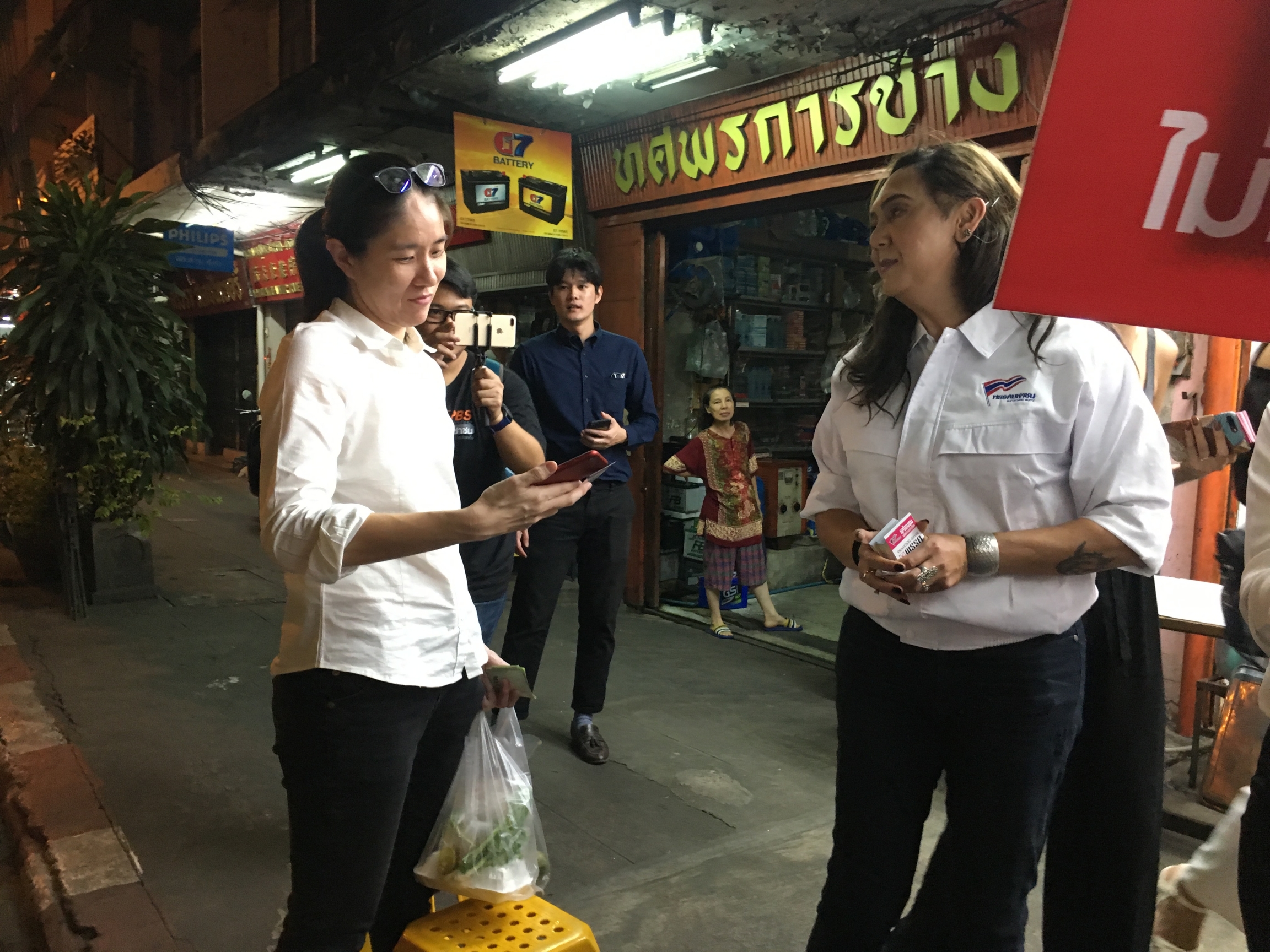 Pauline Ngarmpring, Thailand's first transgender candidate for prime minister, hands a name card to a vendor as she campaigns in the market in Khlong Toey, Bangkok, Feb. 27, 2019.

Pauline is one of the most high-profile transgender political voices in Thailand. She and several LGBTQ groups have muted enthusiasm for the coming law, which is still waiting to be finalized in the parliament.

They are pleased that it offers most of the same rights as marriage: the power to adopt, share finances, visit sick spouses in the hospital and pass along wealth via inheritance.

But if the government really wants to make history, Pauline says, it shouldn’t be so timid. Offer full-on marriage to LGBTQ couples, she says, instead of creating a new category — “civil partnership” — that may forever lock their partnerships into second-class status.

“It’s not quite equality. Conceptually, it’s still not treating us the same as other people.”

“It’s not quite equality,” she said. “Conceptually, it’s still not treating us the same as other people.”

Thailand has a fairly strong reputation as a haven for LGBTQ acceptance. Gay tourists often perceive it as a sort of “paradise,” Pauline says, but many fail to understand that Thais are still seeking full equality.

Gay and transgender celebrities are celebrated, sure, but everyday LGBTQ folks still struggle to ascend in traditional fields, such as banking or bureaucracy.

“When I came out to society, people said, ‘It’s OK as long as you are a good person,’” Pauline said.

There are always extra expectations, she says — like being exceptionally pretty or funny or nice — that aren’t heaved upon the shoulders of cisgender people. In the same vein, she says, this pending law will cause many LGBTQ Thais to wonder: Why aren’t we good enough for full-on marriage?

When it comes to LGBTQ rights, Thailand is already a brighter spot in the region. In Indonesia, the leading psychiatric board lists homosexuality as a mental disorder. In the wealthy city-state of Singapore — despite all its modernity — gay sex is still criminalized. Brunei technically allows stoning as a punishment for same-sex couplings.

And then there is Thailand, where employers are forbidden from discriminating against LGBTQ employees — and Pauline was perfectly free to run for the premier’s seat last year. She didn’t win but four other transgender politicians did gain seats in the parliament.

The new push to legalize LGBTQ unions wasn’t the result of intense activist pressure. It was actually put out by a cabinet that is fairly right-wing: loyal to the army, devout monarchists, and generally conservative.

“Conservative people are sometimes not conservative in everything,” Pauline said.

Related: They were CIA-backed Chinese rebels. Now you’re invited to their once-secret hideaway.

Unlike the United States, Thailand’s right-wingers have never prioritized fighting LGBTQ rights. Nor is there a culture war in which transgender issues are scrutinized to fire up their base.

Pauline thinks the conservative bloc approved the civil union law out of pure political expediency, hoping it would win votes in future elections. Simple as that.

There is a slim chance the law won’t pass — it still needs to be ratified in the parliament — but LGBTQ groups don’t expect much resistance moving forward. Before it passes, there is still time, they say, to take a bolder path and offer equal marriage rights to all.