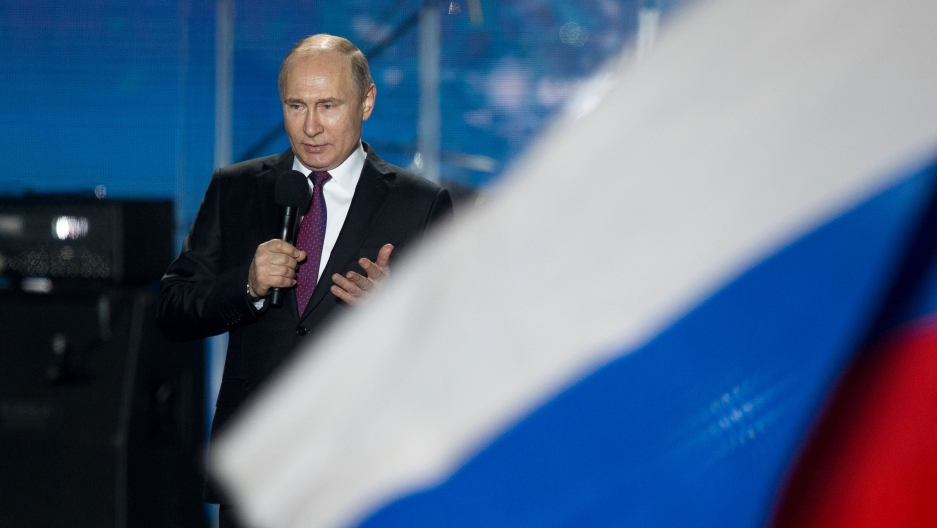 A report the UK Parliament's Intelligence and Security Committee on Russian meddling in British politics criticized the UK government for failing to investigate whether Moscow interfered in the 2016 Brexit referendum, with the document's authors describing the lack of curiosity about this threat.

A long-awaited report also painted a damning portrait of Russian involvement in British society more generally, including attempts to influence government policy by wealthy Russians with ties to President Vladimir Putin and the British financiers who help them.

Stewart Hosie, a committee member and member of Parliament for the opposition Scottish National Party, accused the government of "actively avoiding" allegations of Russian meddling, which he said was unforgivable after evidence emerged that Moscow had interfered with the Scottish independence referendum in 2014 and the US presidential election two years later. The panel called for the government to appoint a commission to look into the issue and report back to the public.

"There has been no assessment of Russian interference in the EU referendum and this goes back to nobody wanting to touch the issue with a 10-foot pole," Hosie said during a press conference after the report was delivered to Parliament.

The government stalled publication of the report for more than seven months, with the main opposition Labour Party suggesting that Prime Minister Boris Johnson and his Conservative Party were trying to avoid further questions about links between Russia and the pro-Brexit campaign. Johnson helped lead the campaign for Britain to leave the European Union and has made delivering Brexit his primary goal since he became prime minister last July.

Committee members said Russia's goal in seeking to influence elections was to amplify existing divisions, and thus destabilize Western political systems. While the report said it would be "difficult — if not impossible — to prove" whether Russian meddling influenced the result of the EU referendum, it was clear that the government "was slow to recognize the existence of the threat."

The report concludes that Russia sees Britain as one of its top intelligence targets, adding that Moscow's attempts to influence the UK are the "new normal" and successive governments have welcomed Russian oligarchs with open arms. Russians with "very close links" to Putin are "well integrated into the UK business, political and social scene — in 'Londongrad' in particular," the report said.

In a 20-page response, the government denied that it had "badly underestimated" the Russian threat and rejected the call for a commission to investigate alleged Russian meddling during the Brexit referendum.

"We have seen no evidence of successful interference in the EU Referendum," the statement said.

But it may prove difficult for Johnson to avoid a further inquiry because the committee's recommendation is non-partisan and has the weight of Parliament behind it, according to Nigel Gould-Davies, senior fellow for Russia and Eurasia at the International Institute for Strategic Studies.

"This is a national security issue," he said. "The report is very clear that it's probably impossible to assess whether Russian operations made a difference or not. But I think everyone with a concern about British national security can share the view that it's important to understand the extent and seriousness of that attempt in order, among other things, to make sure that such attempts are not successful in the future."

The report's authors said they were subjected to unprecedented delays in making the document public, with officials stalling its release for more than seven months after it was first submitted to Johnson on Oct 17. The committee didn't offer a theory about why the report was delayed, but claimed the government's explanations were not true.

The government initially said the report couldn't be published until it was reviewed for national security issues, which postponed its release until after the Dec. 12 general election. Further holdups were caused by delays in appointing new members to the Intelligence and Security Committee.

Finally, Johnson named five Conservative lawmakers to the nine-person panel in hopes his handpicked candidate would be chosen as chairman and block the report. The gambit failed when a renegade Conservative was chosen to head the committee with backing from opposition parties.

Another parliamentary panel — the Digital, Culture, Media and Sport Committee — previously published the results of its own inquiry into disinformation and "fake news," which called on election regulators and law enforcement to investigate reports that a British businessman with links to Russia donated 8.4 million pounds ($10.6 million) to the Brexit campaign. The National Crime Agency said in September that it found no evidence of criminal offenses related to the donation.

Gould-Davies said Russia could not have achieved the type of influence it has in Britain without the support of "vested interests" within the country.

"There is an army of people in the financial industry, in the property sector as well, who have served as intermediaries helping Russian money find safe places here, helping in other ways Russians to prosper here at the same time as the Russian state is presenting a growing threat to Britain," he said. "And that situation strategically cannot be sustained."

The intelligence committee report covered the full range of the Russian threat to the UK, including election interference, espionage and targeted assassinations such as the attempt to kill former spy Sergei Skripal in the English city of Salisbury two years ago.

The report urged British authorities to beef up their defenses, saying the "clearest requirement for immediate action" is new legislation to give British intelligence the tools they need to combat a "very capable" adversary and tackle the illegal financial dealings of Russian elites in Britain and their "enablers."

It called for better coordination with Western allies, and said Britain should be ready to lead international action and develop new rules against "offensive cyber" operations.

The report also faulted unspecified social media companies for "failing to play their part." It said the British government should force the companies to seriously confront "covert hostile state use of their platforms" and "name and shame" those that fail to act.