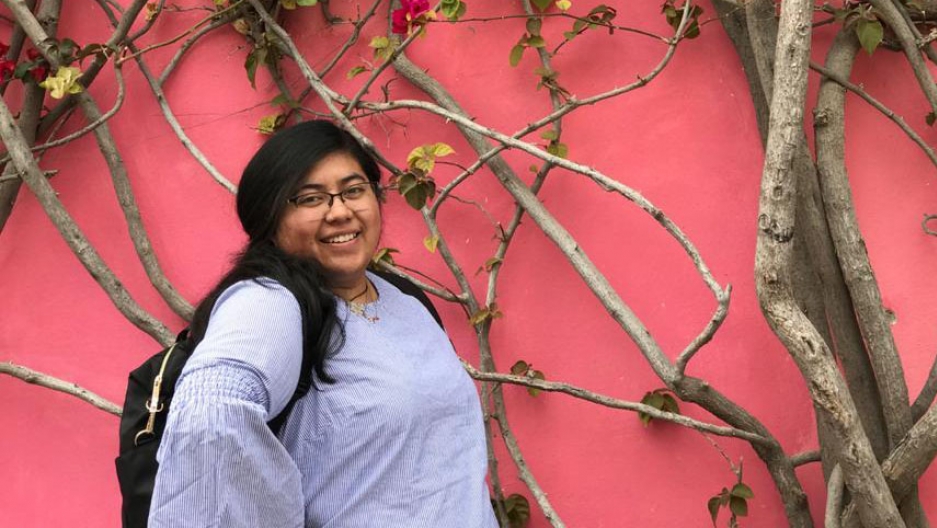 Two years ago, after living in the United States for more than two decades, Madai Zamora headed to the airport in Charlotte, North Carolina, and boarded a one-way  flight to Mexico.

She’d been in the US since she was three years old when she crossed a checkpoint with her family at the California-Mexico border using another child’s US passport. She grew up undocumented. By the time she left the US at 26, Zamora had spent several years enrolled in the Deferred Action for Childhood Arrivals program, or DACA. It offered her — and some 800,000 other DACA holders — a work permit and reprieve from deportation for two years at a time.

But she’d felt deep unease since President Donald Trump was elected in 2016, especially when one of her siblings faced deportation. Zamora decided to leave the only home she’d known. Her sister and mom drove her to the airport.

“My mom hugged me and said, ‘I'm not crying. You're not leaving. I'm going to pretend that you're going on vacation, and you'll be back one day’.”

“My mom hugged me and said, ‘I'm not crying. You're not leaving. I'm going to pretend that you're going on vacation, and you'll be back one day’,” Zamora said. “We all grew up like this. Just hold it in, we’re not going to cry.”

Today Zamora lives with her husband in San Luis Potosí in central Mexico, a medium-sized city that doesn’t feel too big or small. By leaving the US, she joined a small but growing global community of people who once had DACA and gave up on a country that has struggled to pass comprehensive immigration reform for a generation. 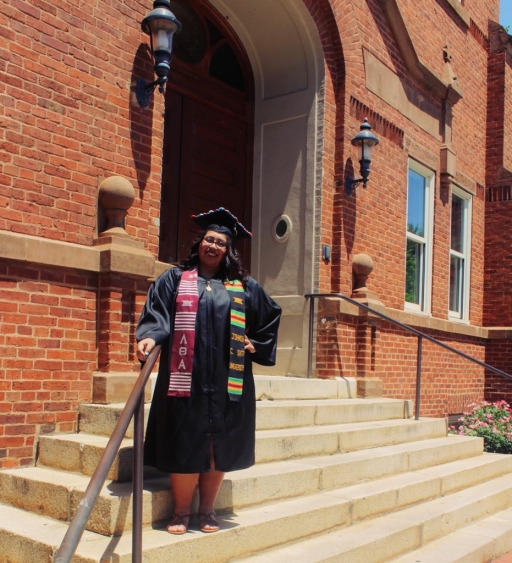 Madai Zamora, a former DACA recipient who moved to Mexico, graduated from Johnson C. Smith University, in Charlotte, North Carolina, earning a BA in English and Spanish in 2017.

Their decisions are agonizing. Despite having greater legal protections than other undocumented immigrants, many DACA holders hit limits in their personal and professional lives in the US. DACA does not offer a path to legal permanent residency or citizenship. Some recipients figure they may find greater opportunities and more stability elsewhere. But leaving the US often means leaving behind family and hometowns.

Former President Barack Obama launched DACA by executive order in 2012 for qualified young undocumented immigrants who had entered the country as minors. In September 2017, the Trump administration announced it would rescind the DACA program, triggering a years-long legal fight. On June 18, the Supreme Court ruled against the Trump administration’s attempt to cancel DACA. For many DACA recipients and their families, the court’s decision was a relief.

Fear of the United States’ hardline immigration climate ultimately drove Zamora to leave. She recalled meeting with an immigration agent about her sibling’s case. The conversation terrified her.

“Throughout our whole interaction, he basically told me, like, where I went to school, where I work, what car I drove, where I lived, like about everyone in my family,” she said. “The anxiety that I already had escalated. I didn't want to deal with that anymore.”

In Mexico, Zamora has found work teaching English, which she studied in the US.

It is a huge trade-off. By leaving the United States and seeking residency elsewhere in the world, DACA recipients may face a ban on returning to the country for up to 10 years — known as an “unlawful presence bar” — based on their years in the US without papers.

“Leaving is not an easy decision,” Zamora said. For her, being away from her family has been especially rocky.

“My first Thanksgiving, it was a mess,” Zamora said. She connected with her family by phone. “While I was on FaceTime, I held it in. I didn't cry. But as soon as I hung up, the tears came down.”

Other DACA recipients choose to leave the US because they hit a professional ceiling.

Nancy, a former DACA holder, was born in Togo and arrived in the US with her family on tourist visas when she was nine. When those visas expired, the threat of deportation her family faced was constant.

“Every three months or so, we'd report to immigration to let them know where we were at. At some point, I would literally get sick from having to go to immigration. I was scared. I would have nightmares.”

“Every three months or so, we'd report to immigration to let them know where we were at,” she said. “At some point, I would literally get sick from having to go to immigration. I was scared. I would have nightmares.”

By her early 20s, Nancy qualified for DACA. She worried less about deportation. But her parents still face that threat every day, which is why she asked The World to withhold her last name.

For years, she studied and earned a doctorate in education with a focus on health sciences education. With DACA, Nancy could also start her own consulting firm offering global data analysis.

But she began hitting barriers as her business grew. The United Nations became a steady client, which brought opportunities to travel internationally. Yet traveling abroad with DACA, including for professional purposes, requires seeking permission from US immigration officials. The ability to return to the country is not guaranteed.

In 2018, Nancy left the United States for Ontario, Canada, where she was granted legal residency and is on a path to citizenship.

Now 30, she is also traveling. She has a world map hanging on her wall, the kind that features gold foil that is scratched off to signify countries visited. Since leaving the United States, Nancy has scratched off France, Belgium, Ghana, Benin and Nigeria — travel that would have been extremely complicated with DACA.

“There's a ceiling with DACA. Yes, you can work, but there is a ceiling. And that ceiling I wanted to shatter.”

“There's a ceiling with DACA,” she said. “Yes, you can work, but there is a ceiling. And that ceiling I wanted to shatter.”

“I'm not spending my life waiting on the possibility of immigration reform when there are other countries that would willingly give me residency,” Nancy said. “I think that's what helped me get on that plane and leave everything behind.”

In the meantime, Zamora has connected with tight-knit groups in Mexico, including Otros Dreamers en Accion (ODA), a nonprofit that assists people born in Mexico who have returned to the country by choice or through deportation.

“I didn’t know anyone when I returned to Mexico,” said ODA co-founder Maggie Laredo, who lives in Mexico City. Part of ODA’s mission is to help returnees push through government bureaucracy, such as locating or re-validating a birth certificate, in order to document themselves in Mexico.

Zamora is also documenting her life on a YouTube channel called “Diary of a Native Foreigner.” In one video, she shows how she sometimes has to hike up several flights of stairs to her building's rooftop to turn the water on for her apartment.

She also interviews people like her who grew up in the US and returned to Mexico. In another video, she speaks with Yovany Díaz, who migrated to the United States with his family when he was a child, crossing the Rio Grande into Texas. He grew up in Georgia and eventually qualified for DACA. Díaz, 28, worked as a manager at a McDonald’s in the US and planned to go to a state university.

However, Díaz said that he could not afford to study as Georgia blocks in-state tuition for undocumented immigrants. In 2015, Díaz returned to study in Mexico. In the video, he tells Zamora he misses his friends and wants to attend his 10-year high school reunion later this year, but is doubtful he will receive a US visa in time. When Zamora asks him if he ever sees himself returning to live in the US again, he says no.

“I would like to live peacefully here,” he says.

It’s unclear how many people with DACA have left the US. But Zamora said it is crucial to keep track of one another, especially during the rough times.

“There will be a period where you question everything, where you're depressed, where you're gonna want to go back,” she said. “So having this support system is super, super important.”