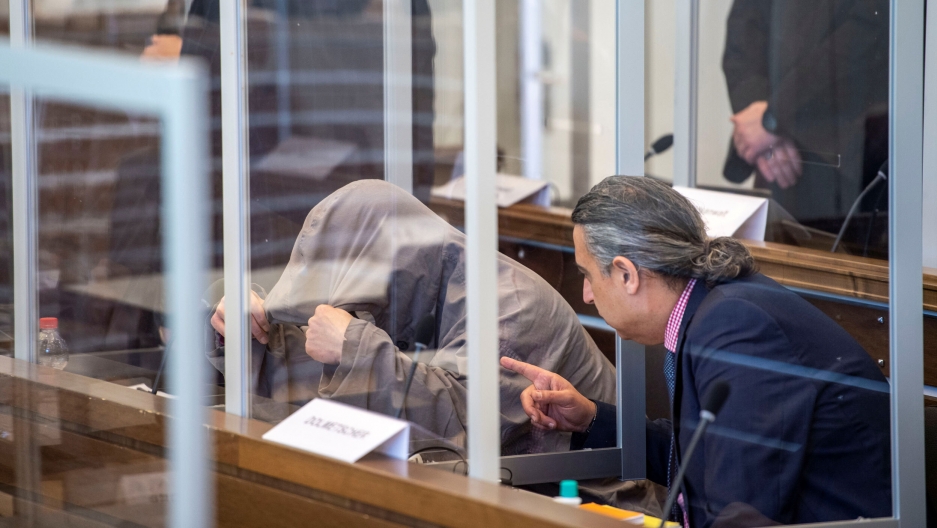 Syrian defendant Eyad A. hides himself under his hood prior to the first trial of suspected members of Syrian President Bashar al-Assad's security services for crimes against humanity, in Koblenz, Germany, April 23, 2020.

Germany began the trial of two accused Syrian war criminals Thursday: Anwar Raslan, a former colonel, and Eyad al-Gharib, a former security officer. Raslan is the first high-ranking Syrian official in service of President Bashar al-Assad to face charges of crimes against humanity, and the trial is the first in the world to deal with state-sponsored torture in the Syrian war. The case will be decided by five judges, and is expected to take up to two years.

And in the US, the response to the coronavirus pandemic is "shaking fundamental assumptions about American exceptionalism" and the leadership role the US has played on a global scale since WWII. Former Ambassador Samantha Power will discuss with host Marco Werman on The World today.

Also: In Central African Republic, a colossal struggle against COVID-19

European Union leaders are debating a rescue package in the trillions of euros to protect the bloc's single market. In the US, the House of Representatives will vote on a $484 billion package that would refill a loan program for small businesses and provide health care funds, but no money for state governments.

In the UK, billionaire Richard Branson is asking for a bailout for his Virgin Group airline and hospitality company, saying he would offer his own Caribbean private islands as collateral. And the Trump Organization is seeking a bail out from the UK and Ireland for its European golf resorts.

Also: Why major food and hotel chains are getting stimulus money meant for small businesses

The US state of Missouri is suing the Chinese government over the novel coronavirus pandemic. The state says China mishandled the disease and did little to stop its spread, leading to billions of dollars in economic losses for Missouri residents. But the legal ground for a US state to sue a sovereign nation is shaky. Experts question how far the case will get — and if resources are being diverted from other pressing matters.

And: In shadow of coronavirus, China steps up manuvers near Taiwan

The novel coronavirus pandemic has slowed cross-border trade across the world. One area that's been hit hard? Drug cartels. Sourcing chemicals for drugs such as methamphetamine and fentanyl has been disrupted, and the bars and nightclubs that often serve as fertile ground for dealers are closed. And with supply limited, prices are soaring. "Virtually every illicit drug has been impacted, with supply chain disruptions at both the wholesale and retail level," AP reports.

How science denial hampers the US response to COVID-19

Science denial in the United States has for decades fueled resistance to taking action on climate change. As a consequence, the battle to prevent its worst effects may already be lost. That same science denial continues today as the country fights to fend off or delay the worst effects of COVID-19.

And: How do you stop the spread of misinformation? 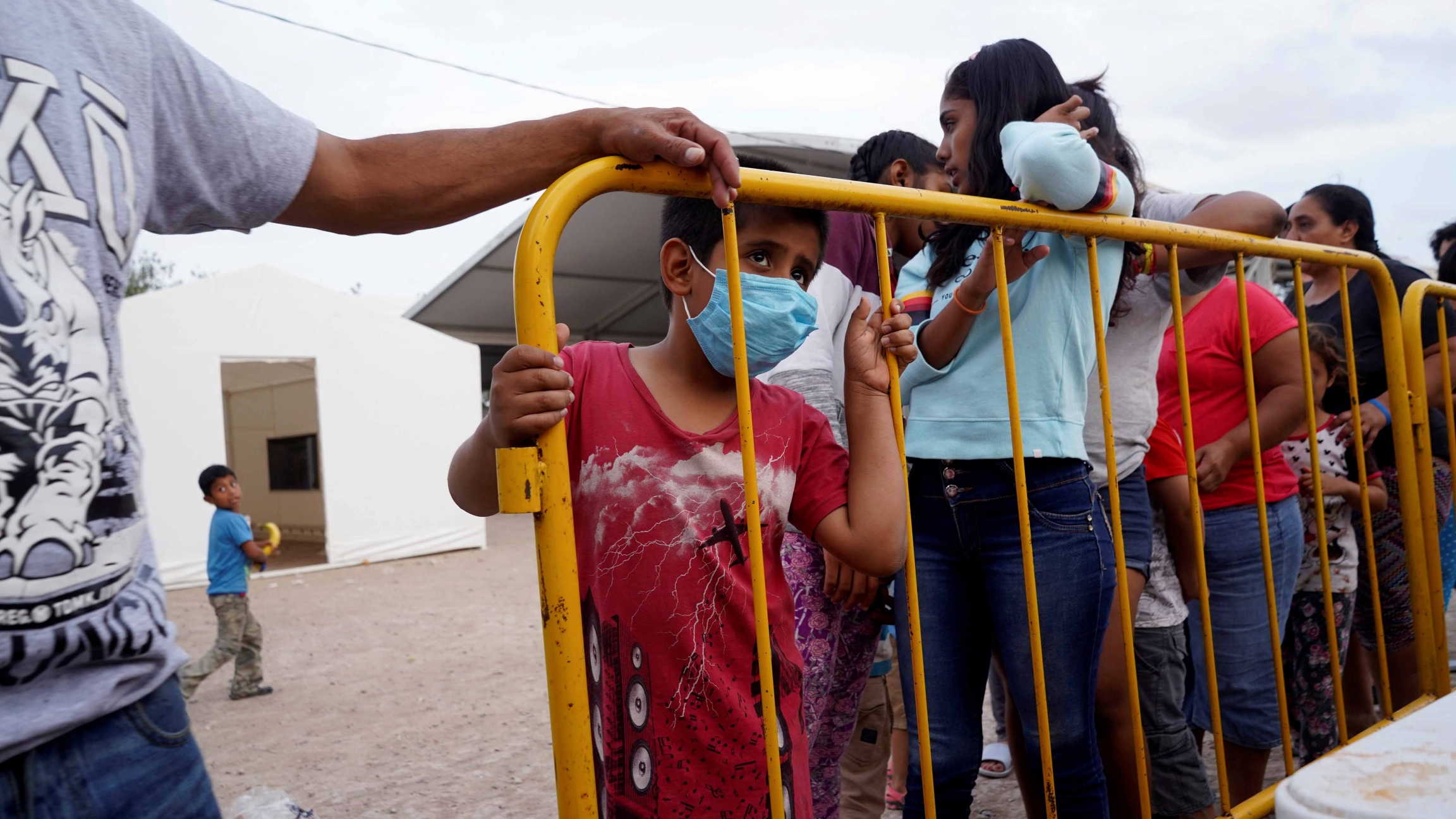 A migrant child, who is seeking asylum in the US, wears a protective mask as he stands in line for food, amid an outbreak of the coronavirus disease (COVID-19), in the migrant camp of Matamoros, Mexico, April 1, 2020.

As the coronavirus crisis sweeps across the US, asylum-seekers stuck in Mexico have grown increasingly desperate, terrified for themselves and for the children they have in tow. An untold number have decided their children’s best hope is to try and enter the US alone, even if that means never seeing them again.

From The World: Xenophobia ‘takes its toll’ as Trump works to curb immigration

Do you have trouble judging six feet of distance? This machine might be for you. #canttouchthis 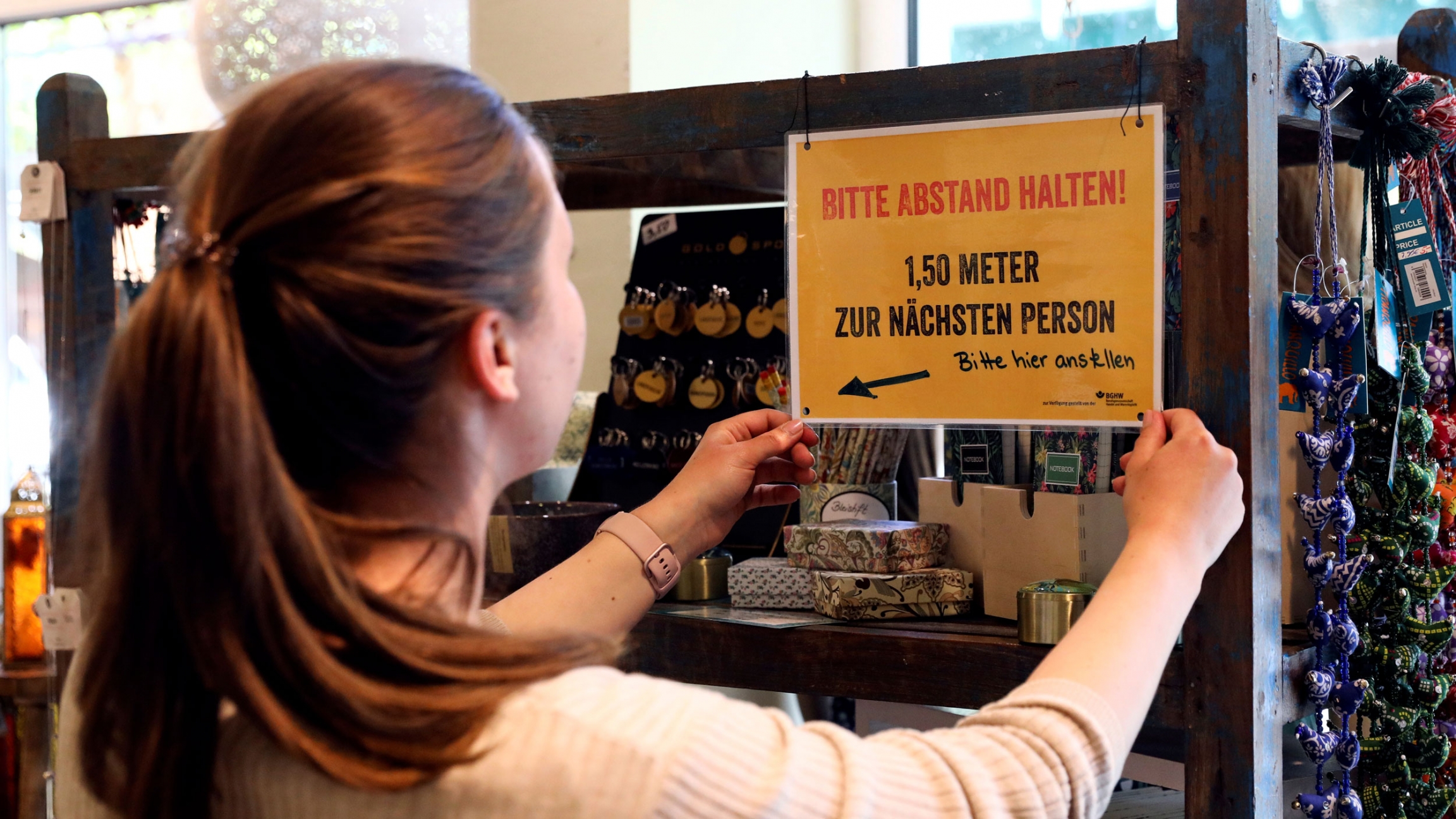 An employee places a sign as she prepares to reopen a shop after a partial end of the lockdown imposed to slow the spread of the coronavirus in Berlin, Germany, April 18, 2020. Sign reads: "Please keep your distance! 1.50 meters to the next person."

In Europe, a number of countries are taking tentative steps to reopen amid the coronavirus crisis. The key concern is a relapse and no one at this point can be sure what will happen next. After almost a decade of civil war in Syria, two former Syrian government officials will go on trial in Germany. Also, from Afghanistan to the Philippines, Scotland, Serbia and more, environmentalists around the world are connecting online to celebrate Earth Day.