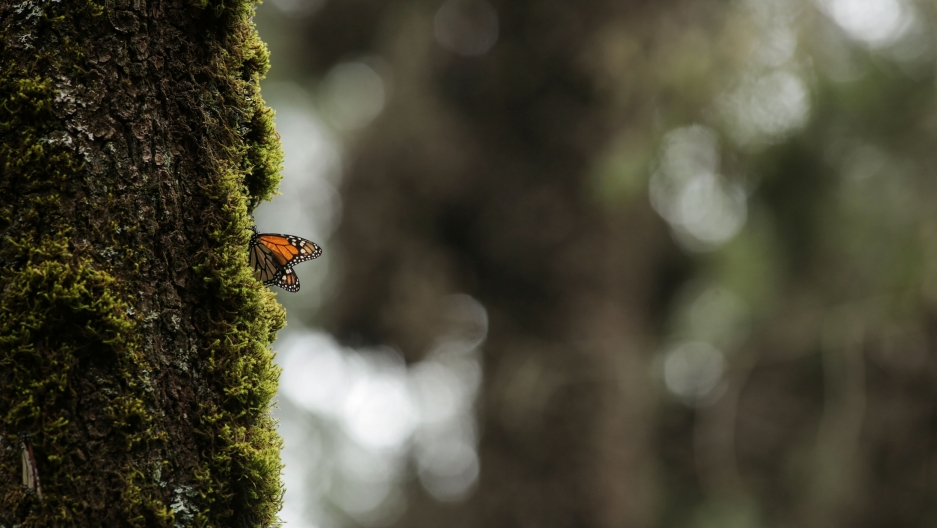 Mexican authorities are investigating the death of an employee of one of Mexico's largest butterfly reserves. Raúl Hernández Romero was the second person connected to the reserve found dead in less than a week.

The first death was Homero Gómez González — an environmental activist and well-known defender of the Rosario Monarch Butterfly Preserve in the Michoacan state.

He disappeared three weeks ago, and his body was recovered last weekend.

The deaths have alarmed environmental activists and human rights defenders in the country.

Related: Raising monarch butterflies can be fun, but there is a right and wrong way to do it

Amnesty International Americas said it is alarmed. Twelve environmental defenders were killed in Mexico in 2019.

Erika Guevara Rosas: We get a nice sense of his commitment to what he was doing with a video he posted just last month on Twitter. He's in his butterfly sanctuary and thousands of butterflies are swirling all around him. He's pretty happy and proudly declares in his tweet that the sanctuary in Michoacan is the biggest in the world. It's kind of a sad video in retrospect, shot a couple of weeks before Gomez Gonzalez was killed.

It does occur to me, though — he was a butterfly conservationist. Who was he threatening?

I mean, he was threatening many groups. He was denouncing not just illegal logging [by] criminal groups, but also the collusion of some local authorities with these groups. We have to put things in context. Michoacan is one of the most violent states in Mexico. This is a state where there are many people who have been missing over the last years precisely because of the increased influence of organized crime in the state.

Your own organization, Amnesty International, has said Mexico is one of the most dangerous countries in the world to be an environmental activist. Why is that?

Last year, in 2019, we documented that at least 12 environmental defenders were killed in different parts of the country, and impunity remains the norm. There is lack of justice. The main [focus] of the investigation should be the fact that these are activists that are threatening certain economic and political interests. Unfortunately, we are not seeing that these investigations are really answering why these people have been killed.

There is often alarm across Mexican society when there are savage drug cartel killings. How are Mexicans reacting to this string of deaths of environmental activists?

Unfortunately, the generalized violence in Mexico has been normalized. People are shocked. It happened one day. [The] next day, many of the things had happened, many of the people have been killed by the organized crime and by the violence — having this news about human rights defenders being killed is becoming just the norm.

What do you think these deaths are going to do to the activities of other environmentalists in Mexico?

We heard Mario Gomez Gonzalez in a video earlier with the monarch butterflies ... clearly a passionate defender. What legacy does he leave behind?

He leaves an enormous legacy. I do think that the environmental community and the human rights community, we have the obligation to continue with this legacy, not just to protect their monarch butterfly biosphere, but also to protect them ... to continue demanding from the state action to protect human rights defenders, say environmentalist and journalist who unfortunately are also being killed for their work, denouncing these atrocities that are happening against environmentalist. We are in the middle of the climate, the militancy, and it is important that we don't lose that perspective and that we continue the work that these brave and courageous people are doing to protect the environment.