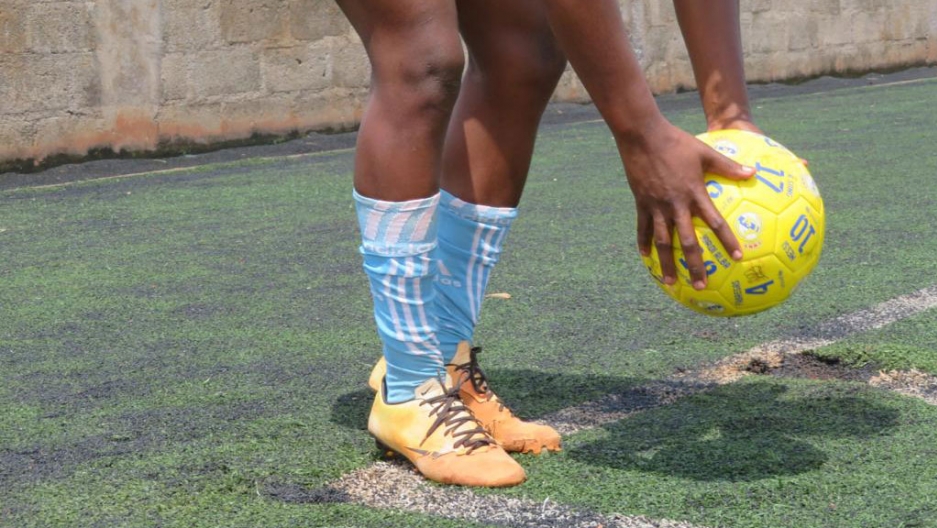 Footballer "Stenie" — who asked her name be withheld because she feared for her safety — trains on a football pitch in Yaounde, Cameroon, on Oct. 25, 2019.

Cameroonian athlete Thierry Essamba still trains every day, even though he has little hope of reviving a career cut off when he was ousted from the national squad in a scandal over homosexuality.

The 38-year-old hurdling champion was training for the 2014 Commonwealth Games when a senior sports official told a crowd of journalists and fellow athletes that he was gay — a career-ending slur in a country where homosexual acts are illegal.

"I felt as if my body was being torn apart from the inside," Essamba told the Thomson Reuters Foundation as he sat on the bleachers after finishing his daily solitary training in a dilapidated stadium in Yaounde.

"That day I saw all the people in the stadium who used to look up to me with admiration, with respect. Now they regarded me with contempt."

Same-sex relationships are taboo across much of Africa, which has some of the world's most prohibitive laws against homosexuality.

But few countries are as assiduous in applying them as Cameroon, whose penal code punishes "sexual relations between persons of the same sex" with up to five years in prison.

Between 2010 and 2014, at least 50 people were convicted for crimes ranging from cross-dressing to a man texting "I love you" to another man, according to CAMFAIDS, an LGBTQ advocacy group. 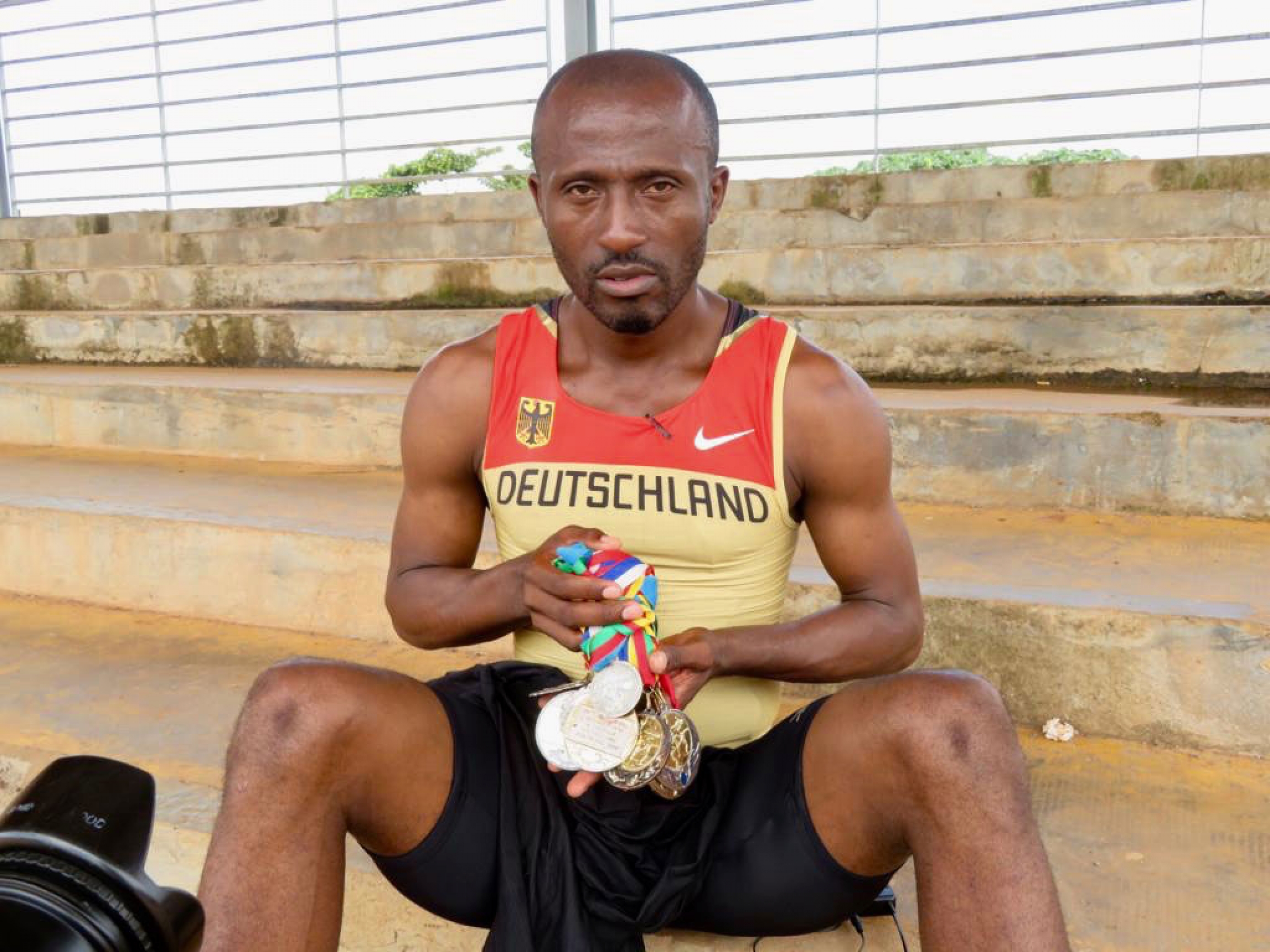 Athlete Thierry Essamba holds his medals in a stadium in Yaounde, Cameroon.

Essamba said he was suspended from the national squad after the public accusation, which was broadcast on national television, leaving him fearful for his life.

The Cameroonian Athletics Federation did not respond to requests for comment about Essamba, whose case the US State Department cited in its 2014 human rights report on the African country.

He is not the only top athlete to have suffered from such claims in a country where sports officials openly express homophobic views.

Berthe Ngoume, who runs a support group for female footballers in Yaounde, said she knew of at least three women who were forced to leave the national team and banned from international competitions over rumors they were gay.

"One player who was ousted from the national team emigrated to the US. Another ended up killing herself with drugs," said Ngoume.

Stenie was made to leave her football club in 2018 after her coach heard rumors from a relative that she was in a gay relationship.

"I was accused of having a relationship with another woman like me, which is strictly forbidden in female teams," said the 19-year-old, who asked that her real name be concealed because she feared for her safety.

Unwilling to give up her dream of being a professional footballer, Stenie continued to attend training sessions, but was never again asked to compete.

When she tried out for two other football clubs, she found the rumors had followed her.

Related: 'Intersex' is counted in Kenya's census — but is this a victory?

"I was already known as a disruptive element," said Stenie. "No one could accept me."

Like Essamba, she worried about her safety after the allegations emerged.

Being a lesbian is considered an "abomination" in Cameroon, Stenie said, and witch-doctors are sometimes called upon to perform so-called corrective rape as a "cure."

Related: An annual pageant is the one night a year trans women in Turkey can celebrate

Bechem Peter Tanyi, who coaches the Cameroonian women's football team, summed up the official attitude to homosexuality when he said Stenie's idol, the openly gay US footballer Megan Rapinoe, could not have had a career in Cameroon.

"We don't accept lesbians in the Cameroon national female team," Tanyi told the Thomson Reuters Foundation. "A girl who is playing football in Cameroon is not supposed to be a lesbian. She is supposed to play as a normal creature of God."

Both Stenie and Essamba have suffered well beyond the loss of their dream careers, and both say they have been suicidal.

When Essamba's family heard the media reports about him, they kicked him out. Unemployed, shunned by relatives and ridiculed by his peers, the one-time star said he tried to take his own life more than once.

He has received some support from the Swiss division of Lawyers Without Borders, a charity, which has taken up his case with the global athletics governing body the International Association of Athletics Federations (IAAF).

The division's president, Saskia Ditisheim, accused Cameroon's athletics federation of "trampling on universal values ​​of tolerance that we all thought were no longer up for discussion."

Ditisheim also criticized the IAAF for accepting an assertion from the Cameroon athletics federation that it had not suspended Essamba.

"The denials of the IAAF leave question marks and are unacceptable," she said.

The IAAF said in an email that it had not received any evidence that Essamba had been suspended, but that if any came to light it would be investigated.

This year Ditisheim's organization helped Essamba travel to Geneva for an athletics meeting organized by a local club.

For the most part, Essamba, who now works in a hotel, aspires to helping others who face similar difficulties.

"With my experience, I would be able to give them all the necessary support, morally, physically. (I want) this discrimination to stop," he said.

"It's something that I wouldn't wish on any other human being on the planet."