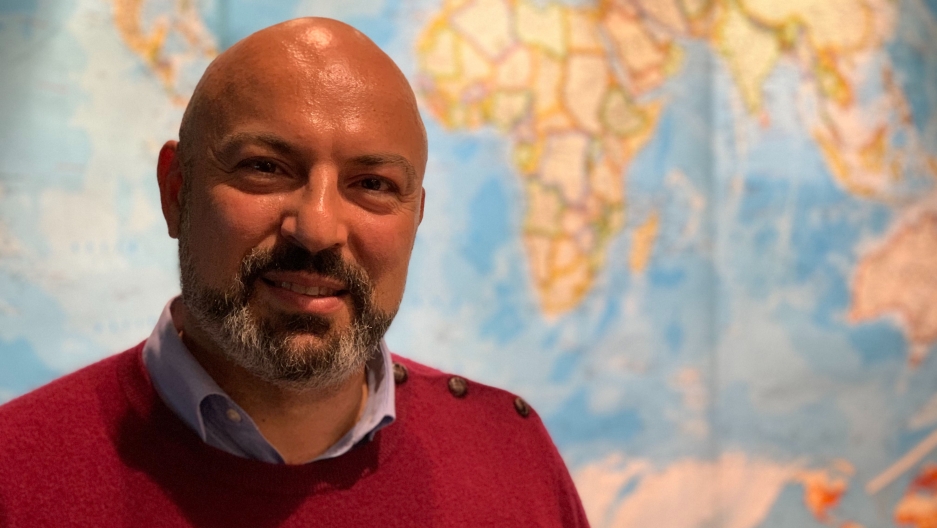 Shelling and gunfire continued in northern Syria after US Vice President Mike Pence said Turkey had agreed to a five-day pause in the fighting to stop attacking Kurdish-led militia.

A spokesman for the Kurdish forces, Mustafa Bali, said Turkey is continuing to pound civilian areas as well as a hospital in northern Syria. Turkish President Recep Tayyip Erdoğan spoke to reporters in Istanbul today and disagreed with those reports, saying, "There are no ongoing clashes." He said reporters have "misinformation."

The deal brokered by the Trump administration amounts to a victory for Erdoğan by giving Turkey a sphere of influence in northern Syria. It also handed a victory to Syrian President Bashar al-Assad.

In 2011, Arab Spring demonstrations nearly toppled Assad — and responded with brute force for eight years in a war that killed hundreds of thousands of people. And now, thanks to the Trump-Erdogan deal, Assad has regained control of nearly a third of Syria practically overnight, strengthening his grip on power.

The World's host Marco Werman sat down with foreign correspondent Sam Dagher to talk about just how the Assad family has managed to remain in power for decades. Dagher is the author of "Assad or We Burn The Country: How One Family’s Lust for Power Destroyed Syria."

Marco Werman: How has the Assad family managed to hang on in Syria?

Dagher: They've been around for 50 years. They've outlasted eight US presidents since Richard Nixon. So they've been playing this game before — using terrorism as a bargaining chip, as leverage, in their dealings with the Western powers. Right after 9/11, Bashar al-Assad initially sent a letter to George Bush saying, "I want to cooperate with you, I want to help you fight al-Qaeda." In fact, for a short period, the infamous CIA rendition planes were making stops in Damascus, handing over al-Qaeda suspects to be tortured in regime prisons. So initially he was cooperating with the US in the fight against terrorism.

Then he feels threatened after the swift toppling of Saddam Hussein. What does he do? He supports the insurgency in Iraq. And then he rounds up all the jihadists that he had helped get to Iraq through Syria, puts them in prison, and gets, as a result, some sanctions relief from the Americans. John Kerry met with him at least five times between 2008-2009, and he gets sanctions relief. He begins to be again treated as a reformer who is trying his best in this difficult neighborhood. And then fast forward to the uprising 2011. The first thing he does, a month into the uprising, is he releases more than 1,000 militants from prison that he had put in prison a couple of years before.

So to the question, how has the Assad family been able to remain in power for nearly half a century? It sounds like you're saying through a kind of extortion scheme.

Absolutely. Extortion in its dealings with the outside world, with Western powers, but domestically, it's a very brutal regime. I mean, they have one of the most elaborate police state systems in place. We're talking about intelligence services made up of four directorates. Every directorate has branches in every city and town.

Precisely. So your neighbor is watching you. Your neighbor is calling the Mukhabarat saying, "I saw something suspicious." And I was told by people in Germany that the infamous Stasi, the secret police in former East Germany, helped Hafez al-Assad, the father, construct the Mukhabarat.

With a family in Damascus that has taken to co-opted terrorists for their own goals, now these ISIS fighters are fleeing from prisons formerly held by the Kurds. I mean, what do you see happening now?

Yeah, this is the biggest worry. We don't have evidence of it yet. But last December, December 2018, when President Trump announced he was leaving Syria, if you recall, but then his generals and the defense secretary intervened, and he basically dialed back. And he said, “We're going to leave at least 1,000.” And at the time, some French officials, senior French officials of the Macron administration that I'm in touch with, I met with them in Paris and they told me that one of their biggest worries at the time was that the YPG, the Kurdish faction that both the French and the Americans and the Brits and other Western powers had been cooperating with to fight ISIS, had begun talks with the Assad regime. And one of the things that the Assad regime — and again, this is based on French intelligence — one of the things that the Assad regime had asked for from the YPG was, "Give us some of these ISIS prisoners, particularly the ones that have French or British citizenship. And we will take them."

And why did they want them, did they say?

To basically use them as leverage to extort France and Britain and to say to France and Britain, "Either you remove sanctions on us." Because, again, you have to remember, also, the Russians, at the time, had been asking the French and the Germans to pay for the reconstruction of Syria, and they had balked. And Assad would basically tell the French, "Look, I have your citizens." I mean, effectively, these are French and British and European citizens.

"They're in my prisons. What do you want me to do with them? Keep them or send them back to you? Basically, if you want me to keep them, then you have to remove sanctions. You have to give me some money to rebuild parts of Syria" that he and his main backer, Russia, had basically destroyed in their scorched-earth campaigns "and also potentially reopen your embassies."

So that's the game he would play, and that's what the French officials told me.

That was their concern?

That was their main concern, yes.

You've been detained in a Syrian prison. You've seen brutality in many corners of Syria up close. Do you think we here in the West appreciate just how ruthless the Assad regime is?

I don't think so because, again, you have to remember the image we see is this soft-spoken, fit, tall, professional eye doctor with a beautiful wife. Born in Britain, speaks flawless English with a British accent, and we say, "Oh, they look like us." I mean, look at his children. Even his kids are like, you know, this picture-perfect family. They could be anywhere, and they could be in Europe. It could be like the Danish ruling family or something. And then we find it hard to believe that someone like that would commit all these crimes.

Yeah. What did you experience that suggests the exact opposite of that image?

I spoke to people who were inside the regime, in the inner circle, who were explaining to me the tools of the deception, how all of this was orchestrated before the death of his father, Hafez al-Assad. It was a way for this regime to reinvent itself, to repackage itself. I mean, you have to remember, the context of all of this. In 2000, a decade before the Berlin Wall had fallen in '89, the Soviet Union had unraveled — the Soviet Union being the main military and political backer of the Syrian regime.

And the Syrian regime had to pivot to the West, had to reinvent and repackage itself. And everything they did was very deliberate, including the choice of his wife, of this match between Bashar and Asma al-Assad.

And what do you think is behind the smiles and the repackaging of this family in Damascus?

Ruthless desire to rule and perpetuate the reign of this family. It's as simple as that.