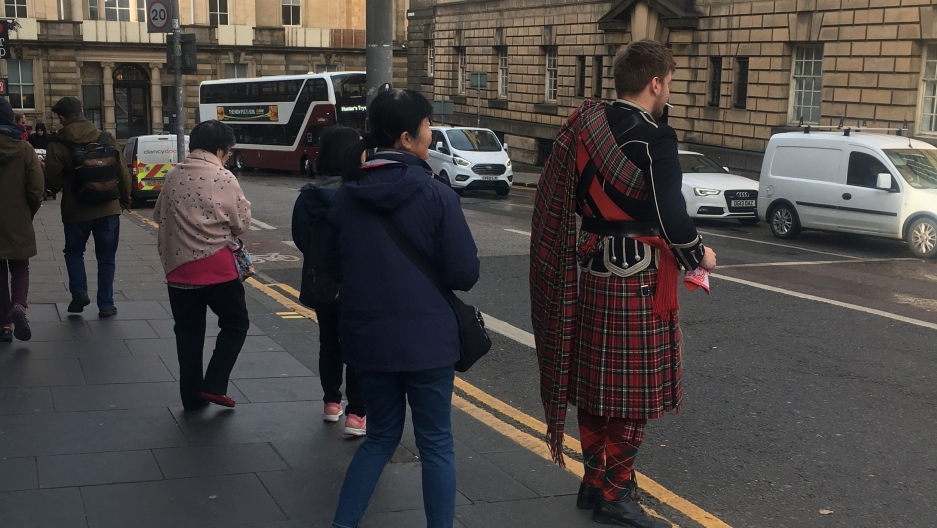 People cross the street in Edinburgh, the capital of Scotland, in the United Kingdom, on Oct. 8, 2019.

Northern Ireland has dominated the Brexit negotiations over the last few months. But even if British Prime Minister Boris Johnson manages to appease those on both sides of the Irish border, there’s another problem brewing — further north of Westminster — in Scotland.

Ever since the Brexit result, calls for another referendum on Scottish Independence have been growing, as worries grow over what Brexit might mean for the future of the United Kingdom and Scotland.

When the campaign for Scottish independence first kicked off, the appetite among Scots to break away from the rest of the UK was low. When campaigning started around 2012, only about 27% of voters said they would vote yes in the referendum. But by the time the referendum was held in 2014, many had changed their minds — although not enough to change Scotland’s future.

Related: Five reasons Americans ought to care about Brexit

A majority of the voters — 55% — said no to the question, “Should Scotland be an independent country?,” and chose to remain part of the UK. At the time, many politicians told Scottish voters it was a once-in-a-lifetime opportunity. Five years later, in 2019, that referendum looks likely to get a second run.

And the chances of an independent Scotland this time around might be greater. Two-thirds of the Scottish electorate voted against Brexit in 2016. For some, all the turmoil in Westminster over the last three years has cemented their view that Scotland would be better off looking after its own affairs. 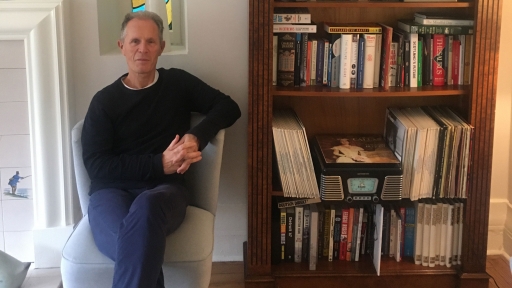 Blair Jenkins is a journalist and the former chief executive of the pro-independence campaign for Scotland, "Yes Scotland."

“Most people in Scotland, I think, have looked on in horror at what’s happened,” said Blair Jenkins, a journalist and the former chief executive of the pro-independence campaign, “Yes Scotland.” His desire for independence is not driven by historical considerations — Scotland was once independent until it formed a political union with England in the 1700s — but, according to Jenkins, an independent Scotland would offer a more equitable society in which to live.

“I believe that an independent Scotland would be a happier, healthier and more prosperous country. When you look at the international indices, there is no doubt that smaller countries perform better, in terms of the wellbeing of their citizens, in terms of their economy, and they do score very highly on the happiness index.”

Not everyone agrees with Jenkins. Many residents fear an independent Scotland would make for a poorer Scotland, economically. Scottish people receive more in terms of public spending per capita than people living in England or Wales. And Scotland’s biggest export market is the rest of the UK.

Struan Stevenson, chief executive of Scottish Business UK, a group of businesses who oppose the idea of an independent Scotland, said Brexit is already damaging enough for Scotland.

“Can you imagine if Scotland was to cut itself off from its main trading partner, England and the rest of the UK? Business and industry would just wither on the vine,” said Stevenson, who is also a former member of the European Parliament.

“The pound is spiraling downwards against the euro and the dollar,” he added.

Shortages — of food and medicine — would also become likely in a no-deal Brexit, according to a government-leaked report, Operation Yellowhammer, which detailed how patients would have to wait longer for their medication, and fresh food would become harder to obtain.

“It’s a gift to the nationalists in Scotland who say we could avoid all this by becoming an independent nation."

“We may have to put the military and the police on the streets to stop civil unrest,” Stevenson said.

“It’s a gift to the nationalists in Scotland who say we could avoid all this by becoming an independent nation,” he added.

But Brexit does appear to be changing minds. Recent opinion polls all indicate the desire for Scottish independence has risen to close to 50%.

Claire Miller, a city councillor with the green party in Edinburgh, voted against independence last time around.

“Living in the borders, travelling back and forth between England and Scotland all the time ... for me the border wasn’t something which I wanted to make more of,” she said. “I would actually prefer to make less of it. I didn’t see the case for becoming an independent country.”

Related: How the Brexit campaign used refugees to scare voters

Then one day Miller changed her mind as she woke up to the news of the EU referendum result in June of 2016. “It really changed everything,” Miller said. “I could see that Scotland becoming independent would be a way in which we could have more control over what we’re doing here, while perhaps still being part of Europe,” she added.

The vote for independence is not just about how Scots view the future for Scotland. Over 200,000 EU citizens also live in the region — and Brexit would throw their immigration status into chaos.

Some who want to stay in Scotland are now campaigning for independence. They have formed a group, “EU Citizens for an independent Scotland.” 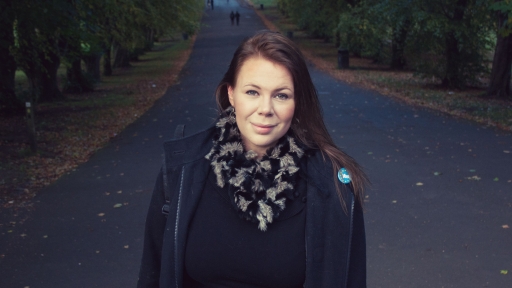 Ellen Höfer, creative director for the campaign "EU Citizens For An Independent Scotland."

One of its members is Ellen Höfer, who’s originally from Germany but has lived in Scotland for 12 years. She said half of her European friends have already left the UK. For Höfer, Brexit has been a driving factor in her decision to campaign for Scottish independence. “I don’t wish to be part of a country that is becoming increasingly xenophobic,” she said.

Pressure to hold another independence referendum is mounting.

Leading Scottish politicians are already demanding a new referendum in return for any support they may give to the opposition parties in Westminster.

Jenkins, for his part, said he won’t be running the next independence campaign. He took his defeat last time around personally.

Like everyone else, I began to realize how close we’d come.”

“That was just about the most disappointing and depressing night of my life,” he said. “Because we had all worked so hard … and because we believed we were going to win. And [because of] my role I was bound to feel a personal responsibility. Like everyone else, I began to realize how close we’d come.”

Stevenson, CEO of Scottish Business UK, said he dreads the thought of another independence referendum. “I think that would be the biggest mistake of all,” he said. “We’ve had such a successful partnership for more than 300 years with the rest of the UK. If it ain’t broke, why try and fix it,” he added.

Höfer, who just bought a house with her partner in Scotland, said she would leave the UK if Scotland voted against independence a second time round. “It’s such a difficult question,” she said. “But, yes — I have no desire to remain in the UK if that is the case.”

She would leave with her partner, she said, adding that she felt unclear about where they would move to next.

“That’s a new adventure for another day. I’m hoping it will never come to that,” she said.