In South Korea, nights out with friends, classmates or co-workers often conclude with hours of karaoke. But unlike in the United States, where people let loose in front of total strangers at bars, Koreans sing together with those they already know in private rooms called noraebang.

“I would rather sing in front of my friends than in front of strangers. If I don’t sing well, my friends are singing together with me, so it feels like I have backups.”

“I would rather sing in front of my friends than in front of strangers,” said 24-year-old Jin Kyu-wan, who, on a recent Friday night dropped by her regular karaoke joint in Seoul for an hourlong session with her boyfriend and a former colleague. “If I don’t sing well, my friends are singing together with me, so it feels like I have backups.”

Related: South Korea’s ‘No Japan’ boycott is new. But the wounds are old.

Noraebang are mostly found in the basement level of commercial buildings throughout nightlife districts. In the lobby, a cacophony of synthesized music and reverberated singing pour out from multiple closed-door chambers. Rooms vary in size, but typically fit several people comfortably on sofas and feature a surround sound stereo, a big screen television and a song catalog the size of a phone book.

Jin wastes no time thumbing through the pages — she already knows which song she and her partner will duet, and types the title onto a remote control keypad. When she hits the start button, a small disco globe on the ceiling lights up and the music kicks in. 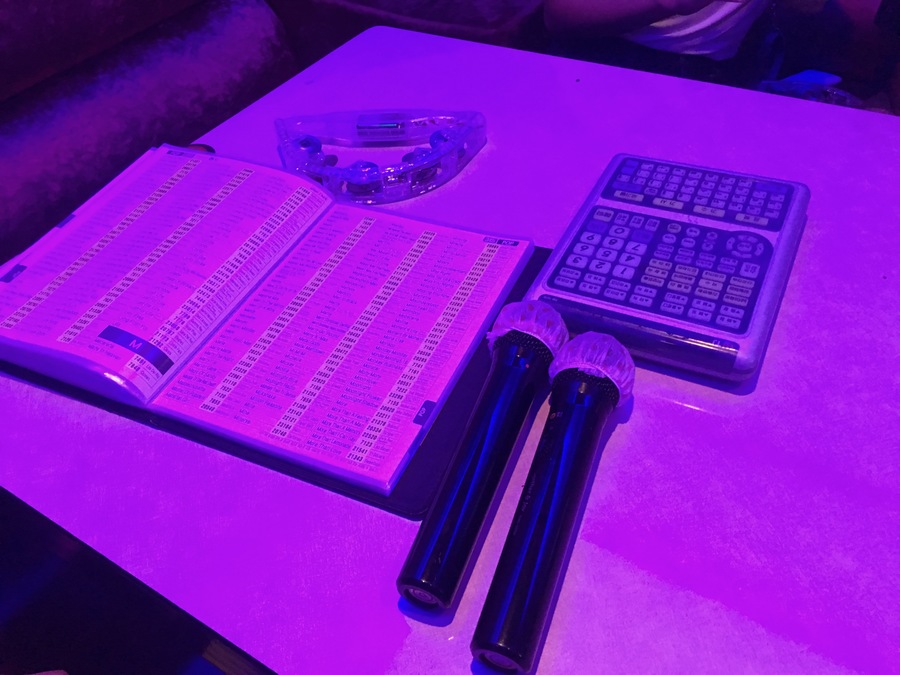 Lyrics appear on the screen and the couple each pick up a wireless microphone.

Noraebang have been a staple of entertainment in South Korea since 1991 when karaoke machines arrived from Japan. But now the popularity of this cherished institution appears to be quieting down.

A record number of noraebang have gone out of business in the past year and the opening of new establishments is also at an all-time low, according to the KB Financial Group Research Institute. The report says that between May 2018 and May 2019, 1,413 of these karaoke parlors closed down, reducing the total number of noraebang nationwide to approximately 33,000 from the industry’s peak of over 35,000 in 2011.

“This year, I’ve lost about half of my customers.”

“This year, I’ve lost about half of my customers,” said Myeong Ok-hee, the owner of a nine-room noraebang in Seoul, who blames South Korea’s sluggish economy for the drop in clientele.

“I think things will pick up, and I won’t have to close down,” she added.

But the KB Financial Group report attributes the noraebang decline to a different socio-economic phenomenon — Korean bosses aren’t taking their staff out for late-night singing and drinking parties like they used to. 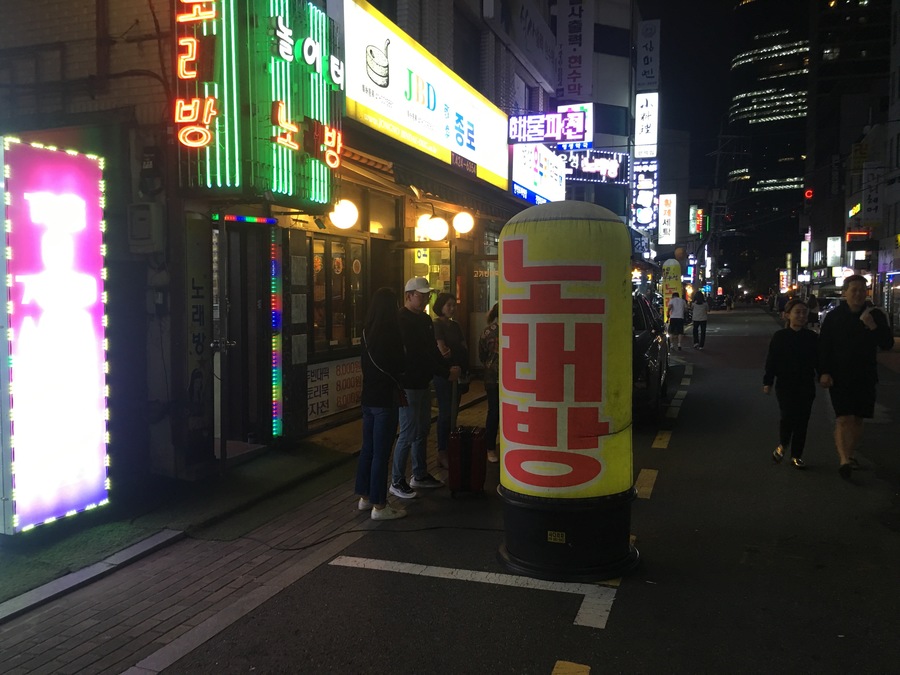 Advertisements for karaoke rooms, known as noraebang, are found in entertainment districts throughout Seoul, South Korea.

Office outings, known as hwaesik in Korean, are an integral part of business culture in South Korea and in the past, these outings typically included dinner and drinks, followed by hours of karaoke, where boozing continued.

Frank Ahrens, author of “Seoul Man: A Memoir of Cars, Culture, Crisis, and Unexpected Hilarity Inside a Korean Corporate Titan,” a memoir of his time working for South Korea’s Hyundai conglomerate, says alcohol consumption during hwaesik serves as a “great leveling” between junior and senior employees of a company. But, he recalls that refusing to drink was not something his Korean colleagues could easily do.

“I did not believe they had the power to decline unless they could cite real health reasons,” Ahrens said via email.

And this combination of alcohol and sappy ballads sung inside the confines of a noraebang makes many female employees feel uncomfortable, says a 39-year old civil servant, who for reasons of privacy, asked to be identified only by her surname, Jeon.

“Sometimes in a noraebang, you’re forced to dance with your boss or colleagues. Bodies were very close together and it was unpleasant.”

“Sometimes in a noraebang, you’re forced to dance with your boss or colleagues,” Jeon said. “Bodies were very close together and it was unpleasant.” 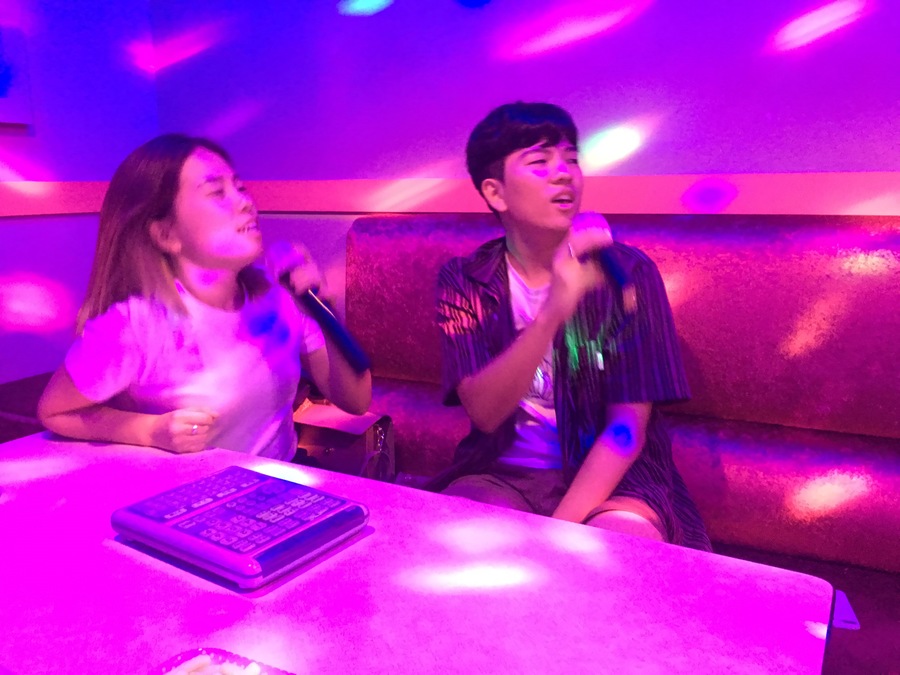 She says these experiences were more common when she began her career over a decade ago, and now, she doesn’t feel this kind of pressure anymore.

He also credits new labor laws, like one that came into effect earlier this year that gives employees more power to refuse their bosses outside the office. And because companies can no longer force staff to work more than 52 hours per week, down from 68, there’s more emphasis now on improving work/life balance.

Lee says an increasing number of bosses, like him, respect that.

“Some people do not want to spend so much time and want to go back home or some do not drink a lot or some people do not sing well,” the 62-year-old said. “We recognize the differences of an individual.”

He says instead of noraebang and alcohol, his office parties now might involve dinner and a movie, musical theater or a trip to watch sports. And they tend to wrap up with coffee at a reasonable hour — by 10 p.m.

Lee says he still enjoys singing karaoke, but now he does it on his own time with his friends and family.