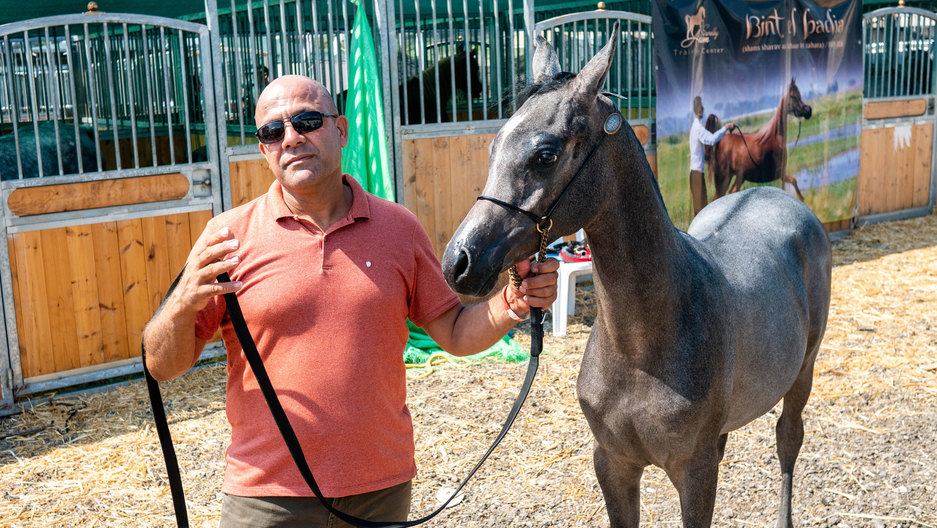 Muhammad Najami is a horse trainer from an Arab village in northern Israel. One of Najami's horses, Shaheez, an Egyptian Arabian breed, had just won a gold medal.

Muhammad Najami was ecstatic. One of the horse trainer’s Egyptian Arabian studs had just captured a gold medal.

People in this part of the world have been breeding Arabian horses for thousands of years. On a recent afternoon, hundreds of horse lovers — both Arab and Jewish — sat in white, plastic chairs, sipping soft drinks and smoking shisha water pipes as they watched a horse competition featuring the rare, and expensive, Egyptian Arabian breed.

This show was held in a rural area just outside of Nazareth, the city with the largest Arab population in Israel. It was just a few days before the national election in Israel, and there wasn’t a campaign poster in sight.

Najami appeared less than elated about the upcoming election. Nonetheless, he said he would be voting.

“I always vote for the Arab parties. They represent me, despite the fact that they have very little influence.”

“I always vote for the Arab parties,” Najami said. “They represent me, despite the fact that they have very little influence.”

Standing nearby was another horse trainer, Anan Abed, from a horse farm in a nearby village. Abed said he was 30 years old and had never voted in a national election before. This time would be different, though. With a second child on the way and the cost of living shooting ever higher, Abed said he would definitely be voting on Tuesday. But his main motivation was something else. He says he wants to help vote Benjamin Netanyahu out of office.

“[Netanyahu] is a problem all the time,” Abed said. The prime minister has poisoned the atmosphere between Arabs and Jews, he added. 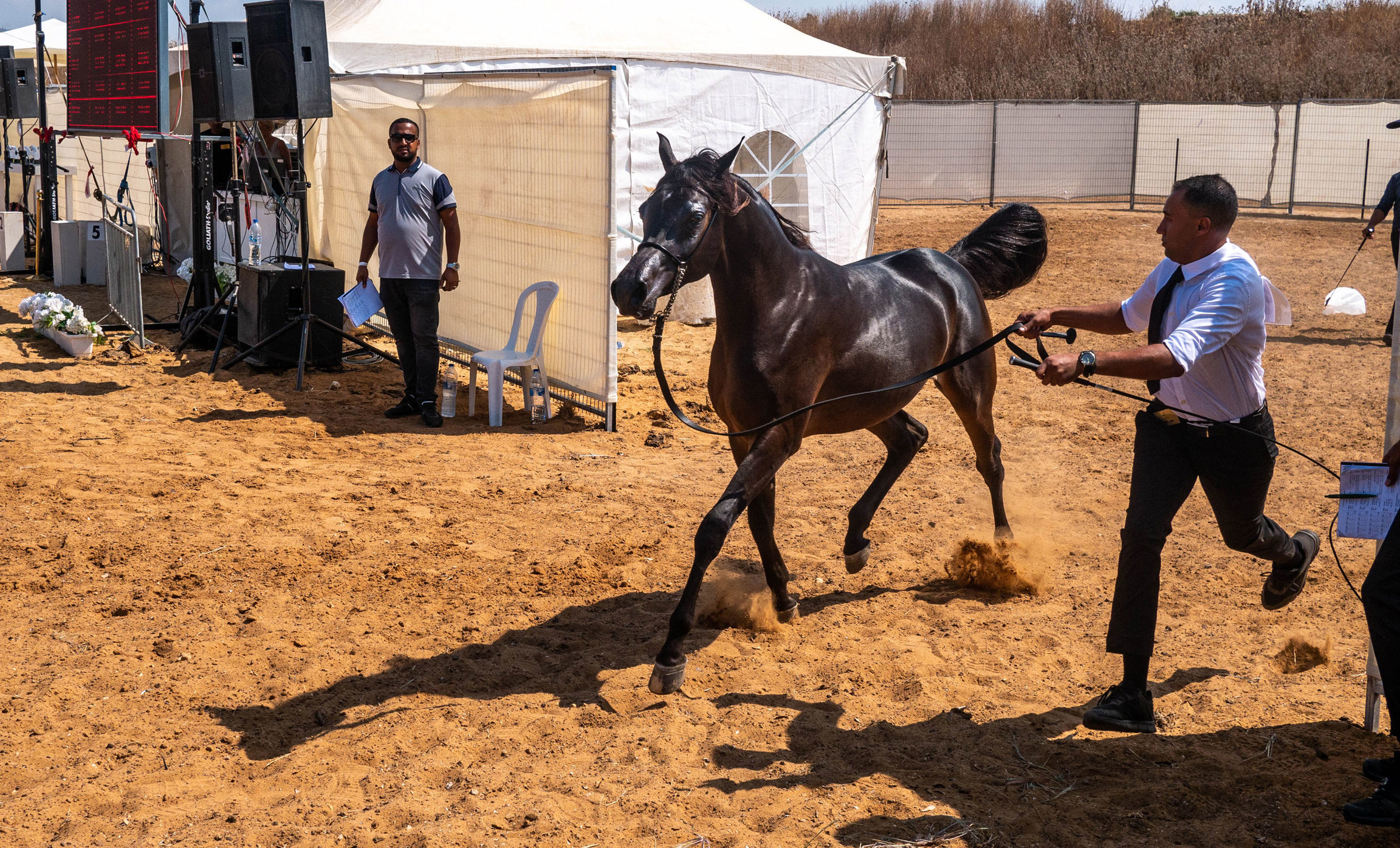 A recent Egyptian Arabian horse show was held in a rural area outside of Nazareth, Israel.

Arab citizens of Israel make up more than 20% of the electorate. But in the last election, this past April, they came out to the polls in record low numbers. Only 49% participated in comparison to nearly 70% for the country as a whole.

One reason given for voter apathy was the squabbling between Arab candidates. They ended up splitting into two separate party lists, dividing the Arab vote. For this election, most of the big names in Arab Israeli politics have united under one Joint Arab List. Polls show that it’s the third-largest party list in Israel and that it could capture as many as 13 seats in parliament, as high as they have ever gotten.

But first, the people on the Joint List need to overcome a fair bit of skepticism.

“Our young people are feeling it is not happening. And this is why we need to talk to them and tell them that they have the power to [make] changes.”

“Our young people are feeling it is not happening. And this is why we need to talk to them and tell them that they have the power to [make] changes,” said Aida Touma-Sliman, a member of parliament since 2015 and No. 5 on the Joint Arab List.

She was handing out campaign literature in a residential neighborhood in Nazareth, where she’s from. 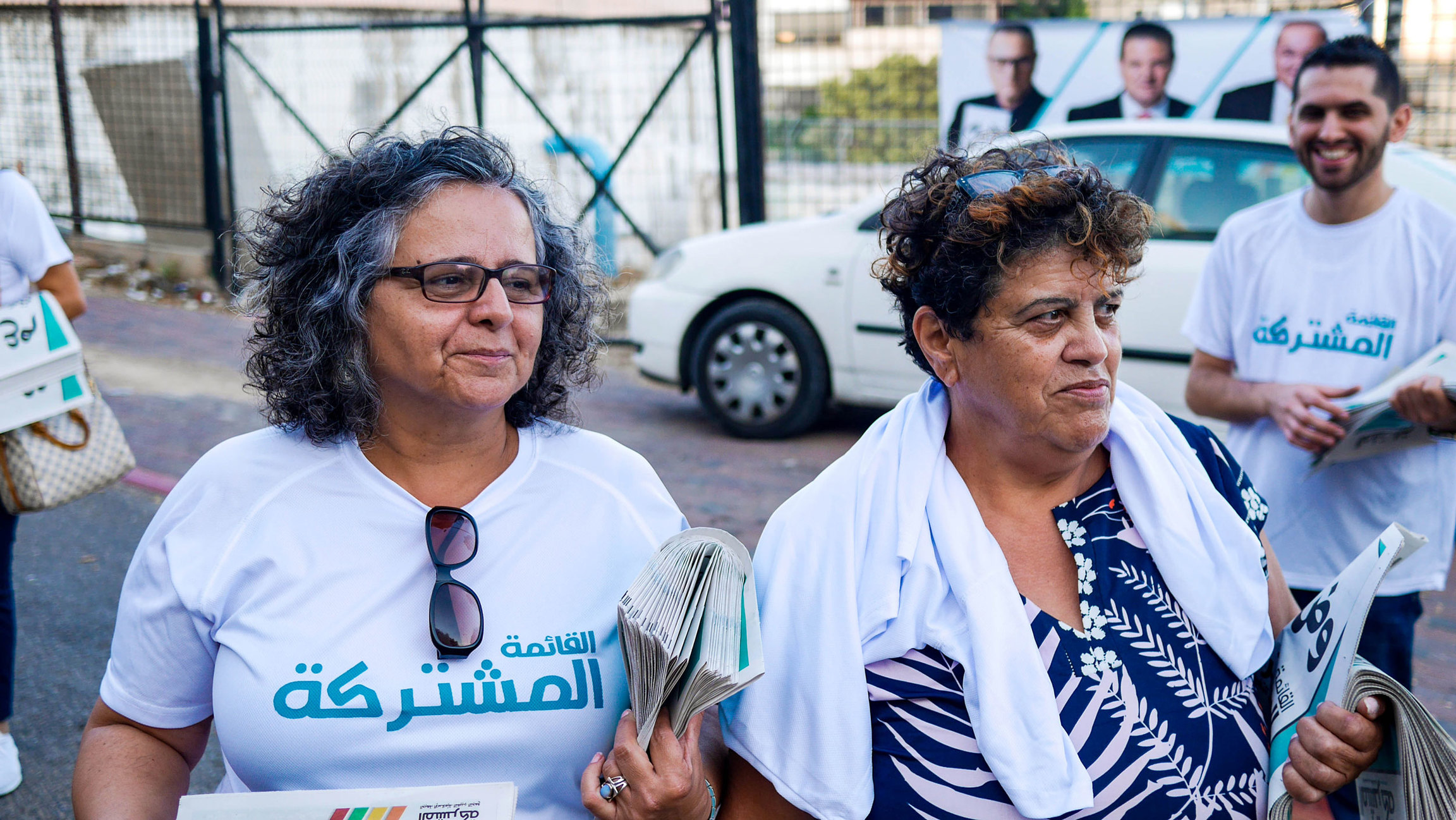 “This is an election where this country is going to choose to continue very fast toward an apartheid and fascist regime, or choose to do a small shift and to give people hope that we can build a different future.”

“This is an election where this country is going to choose to continue very fast toward an apartheid and fascist regime, or choose to do a small shift and to give people hope that we can build a different future,” Touma-Sliman said.

The election's timing is critical because the Trump administration is enabling the Netanyahu government’s goal of building a greater Israel wherein Jewish rights come first, above those of Israel’s Arab citizens, she added.

But Touma-Sliman says it doesn’t have to be that way.

“We have almost 1 million voters,” she said. “If we have high percentages of voting, we might do the shift.”

And that is why the Israeli right-wing has been working so hard to suppress the Arab vote ahead of this election, Touma-Sliman said.

In the campaign’s final days, Netanyahu tried to pass a law to install cameras at polling places in Arab towns. Activists say it was just a last-minute effort to intimidate voters, and it might end up backfiring. The bill was eventually shot down. But the incitement against Arab voters didn’t stop there.

A few days before the vote, a Facebook message from Netanyahu’s account went out warning that, “The Arabs want to annihilate us all — women, children and men.” It told Israeli voters to get to the polls and prevent a “weak, leftist-Arab” government from taking control. 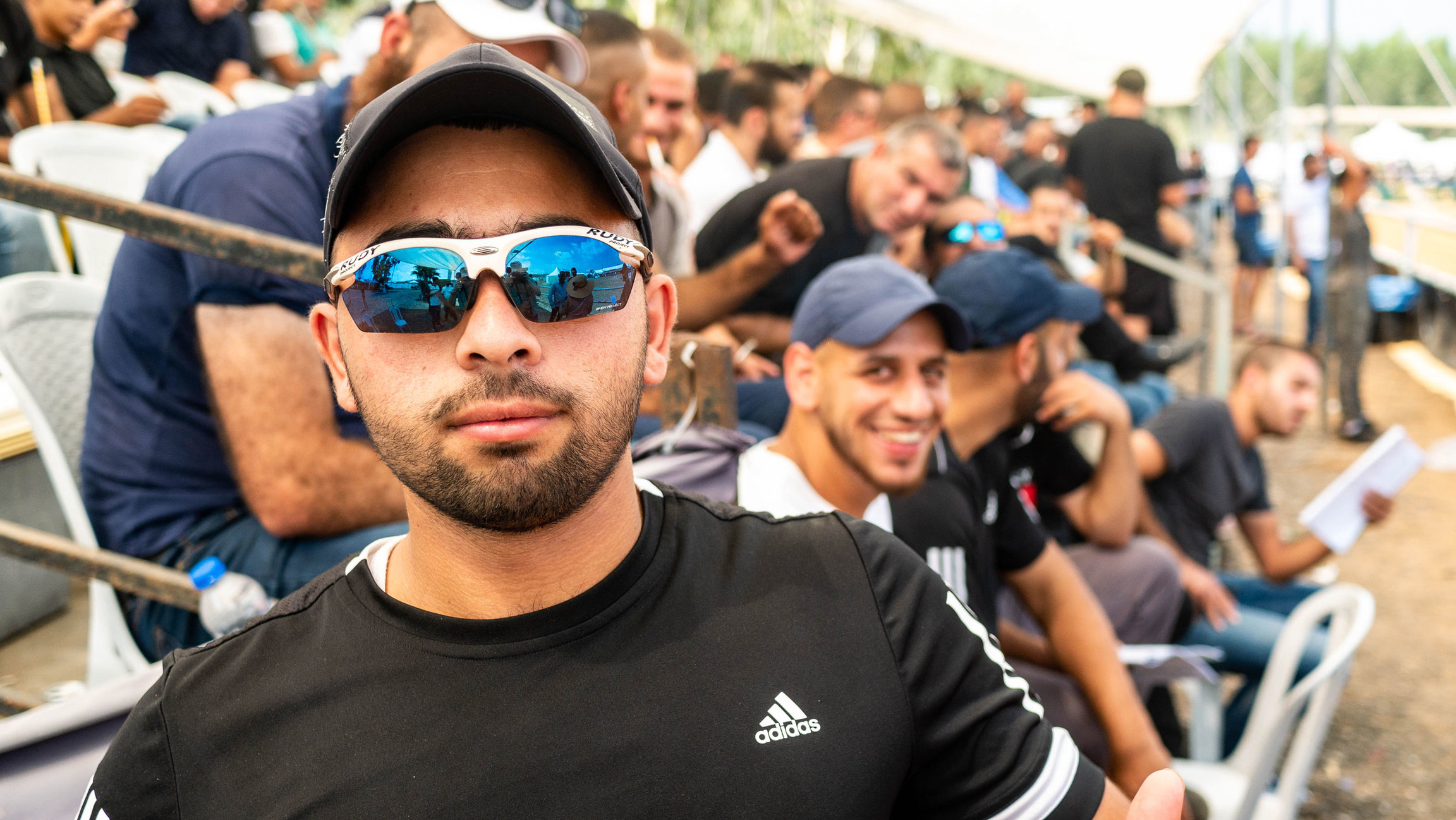 Muhammad Ghazi is a 21-year-old restaurant worker from Nazareth. He says he won't bother voting in Tuesday's national election.

Related: Politics in Israel moves to the right

“Netanyahu understands that there is a possibility that we will be the main force that can change the political reality in Israel,” Touma-Sliman said.

One of the persistent questions for the Joint Arab List is about past disagreements among its leaders that have diminished their unity. Touma-Sliman, for example, is a self-described atheist from a Christian family. Others on her party list include fellow socialists, along with Islamists and Arab nationalists, as well.

“When you look at it from that point of view, it looks like there are huge gaps between us,” Touma-Sliman said. “But in Israeli politics, we face the same discrimination. We share together the fact that we have problems in the education system, in employment for our young people and young women. We share so much.”

Back at the horse show, Najami says he is keeping his expectations realistic.

“Even though we vote for them, even though we empower them, after they win, they try to deliver as much as they can, but it’s not much. They also have personal agendas,” he said.