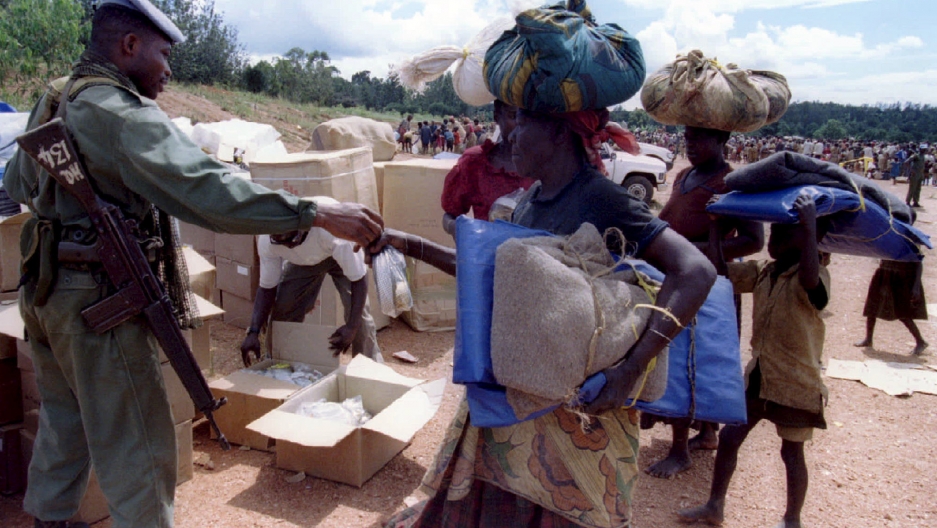 UN peacekeepers give food to Hutu refugees in a transit camp in a village in southern Rwanda.

The United Nations deployment to Rwanda seemed like a straightforward peacekeeping mission back in 1993.

A lightly armed force of approximately 2,500 peacekeepers would help implement the Arusha Agreement, a 1993 peace accord that ended the civil war between Rwanda’s Hutu government and the Tutsi liberation movement, the Rwandan Patriotic Front.

Disregarding the 1993 Arusha Accord, Hutu forces began to target Tutsis for extermination after a plane carrying Rwandan President Juvénal Habyarimana crashed on the evening of April 6, 1994. In the power vacuum created by his death, Rwanda’s Hutu political elite launched a long-planned campaign of genocide.

As the mass killings began, the UN ordered its blue helmeted troops to evacuate foreigners — but not intervene to save the Tutsis from slaughter. Between 800,000 and 1 million Tutsi and non-extremist Hutu civilians were murdered by their own neighbors.

A 1999 UN report assessing the the Rwanda deployment called the mission “disgraceful” for abandoning Tutsi refugees in schools and other supposed “safe zones” they had created.

“Troops were withdrawn when they were most needed,” said former UN chief Ban Ki-moon in 2014. “We should have done much more.”

Earlier this year, I interviewed former UN peacekeepers who served in Rwanda and had returned to the country for the 25-year commemoration of the genocide. I learned that despite the broader mission’s many well-documented failings, peacekeepers took risks to save lives, going beyond official orders to protect innocent Rwandans.

The Rwandan peacekeeping mission, like UN peacekeeping in general, suffered from having a very narrow mandate.

Officially, peacekeepers are tasked by the UN security council with monitoring, assisting and investigating crimes and violence. Soldiers may only use force in self-defense or to help evacuate foreigners.

This limited mandate put soldiers in an impossible situation when genocide began in April 1994. Some soldiers felt a moral obligation to intervene when they saw civilian killings.

Peter Sosi, a retired army major from Ghana, lead a unit that aided Tutsis who’d fled their homes and sought refuge in a hotel that later fell under the control of a genocidal Hutu militia known as the Interahamwe.

Sosi and his soldiers needed to evacuate more than 200 civilians to a UN safe zone in the city. To do so, he had to negotiate passage with the Hutu child soldiers staffing a roadblock in Kigali.

Related: How Rwanda went from genocide to global health model

The UN had provided no guidance on negotiating with perpetrators of violence against civilians. So Sosi got creative: He offered the soldier in charge of the roadblock a can of cold Coca-Cola, hoping the small gift would relax the young commander enough to allow a conversation.

“And the Coca-Cola diplomacy actually worked!” Sosi told me. “We had passage to the hotel with little resistance.” 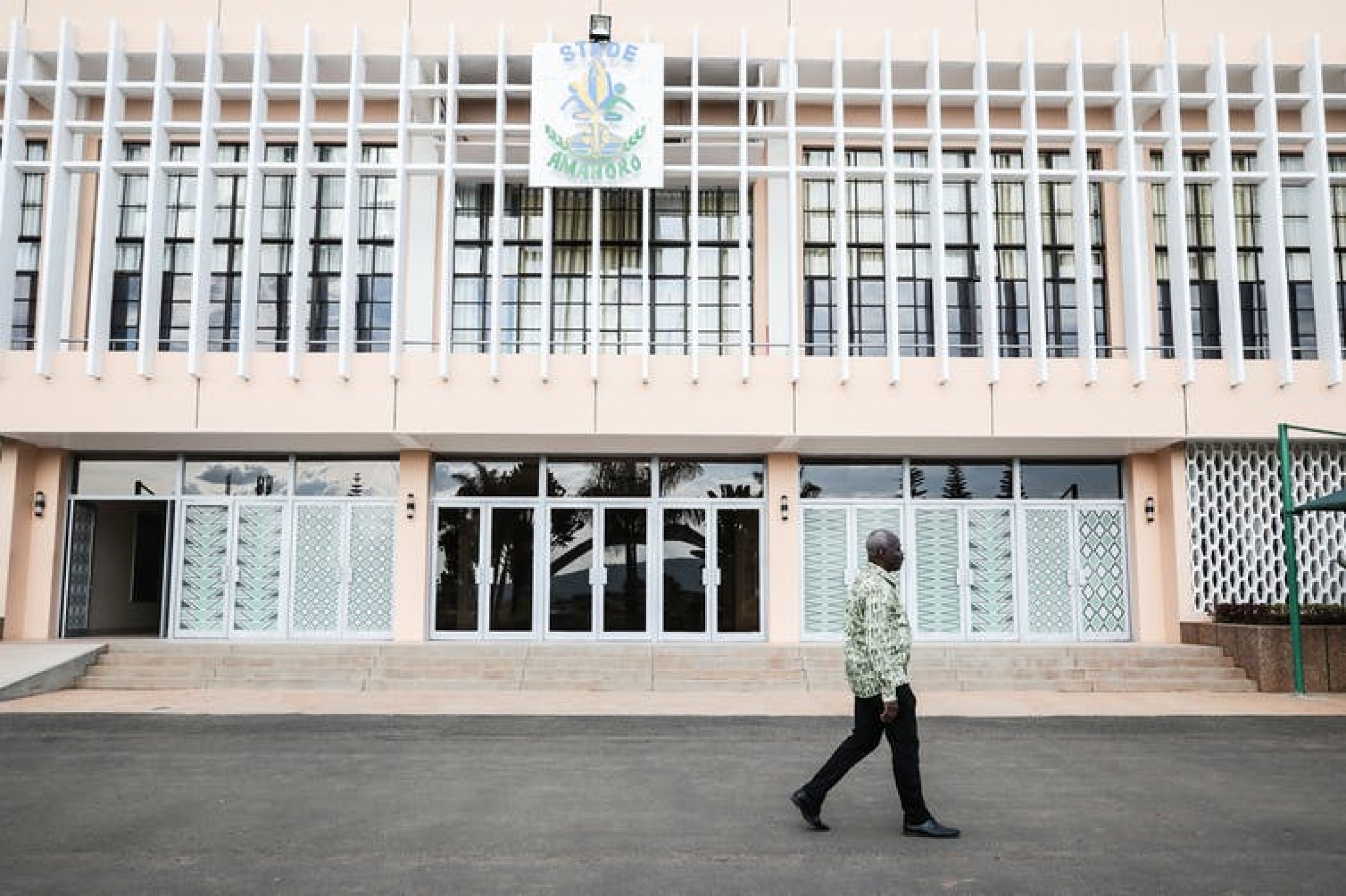 Former UN peacekeeper Peter Sosi, seen here in spring 2019, at the Kigali stadium to which he evacuated Tutsi refugees during the 1994 Rwandan genocide.

UN peacekeepers are soldiers from across the globe. Before they are sent to patrol countries quite different than their own, troops are briefed on cultural awareness.

But there is often a disconnect between official training and local reality, peacekeepers told me, especially in rural areas. And cultural misunderstandings can create mistrust that jeopardizes the peacekeepers’ life-saving mission.

“According to our official memorandum of understanding, peacekeepers were allowed to have alcohol on our compound,” Major Sosi told me.

But he recalled a time when villagers in Rwanda got upset upon seeing a bottle of alcohol in a soldier’s car.

“It ruined our image in that village,” Sosi said. 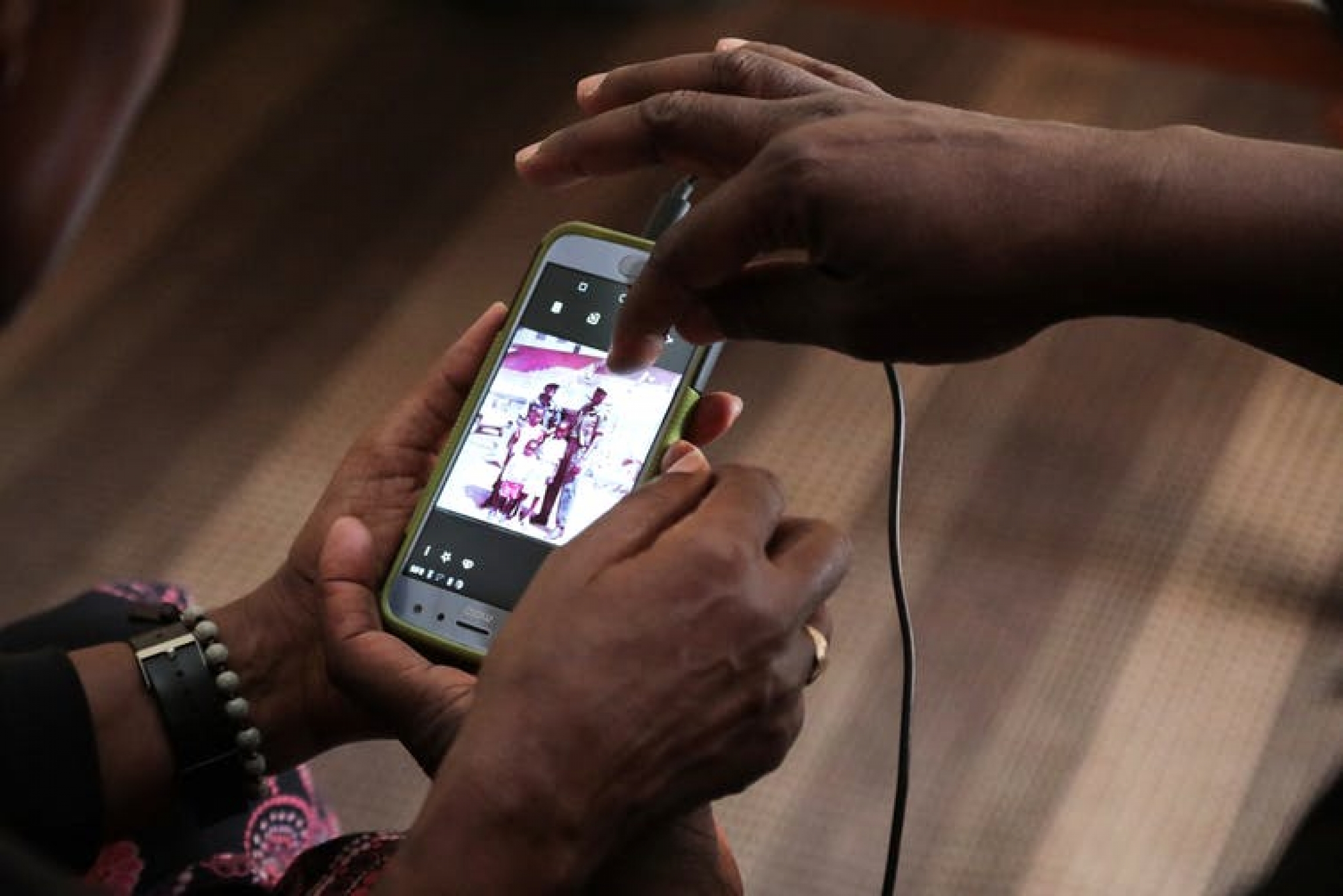 Sosi shows a picture of himself back in 1994 with some Tutsi children he protected through the Rwandan genocide.

The UN soldiers I interviewed had learned that getting to know people where they’re stationed provided a deeper, more nuanced perspective on the local culture. That helped them avoid committing unintentional offenses.

Related: How Rwanda is aiding women widowed by the country’s 1994 genocide

His peacekeeping division partnered with an orphanage near Butare, Rwanda, in June 1994, successfully protecting resident children through the final weeks of the genocide.

The UN troops’ involvement with kids showed local Rwandans that despite having formal uniforms, unfamiliar language and, in most cases, a different skin color, the UN soldiers were more relatable than they seemed: They loved children; they had a human side.

In a conflict that pitted neighbor against neighbor, such behavior created bonds between victims and peacekeepers and generated trust – key ingredients to working in conflict zones, where social trust is threatened, likely broken.

In war, trust can mean the difference between life and death. 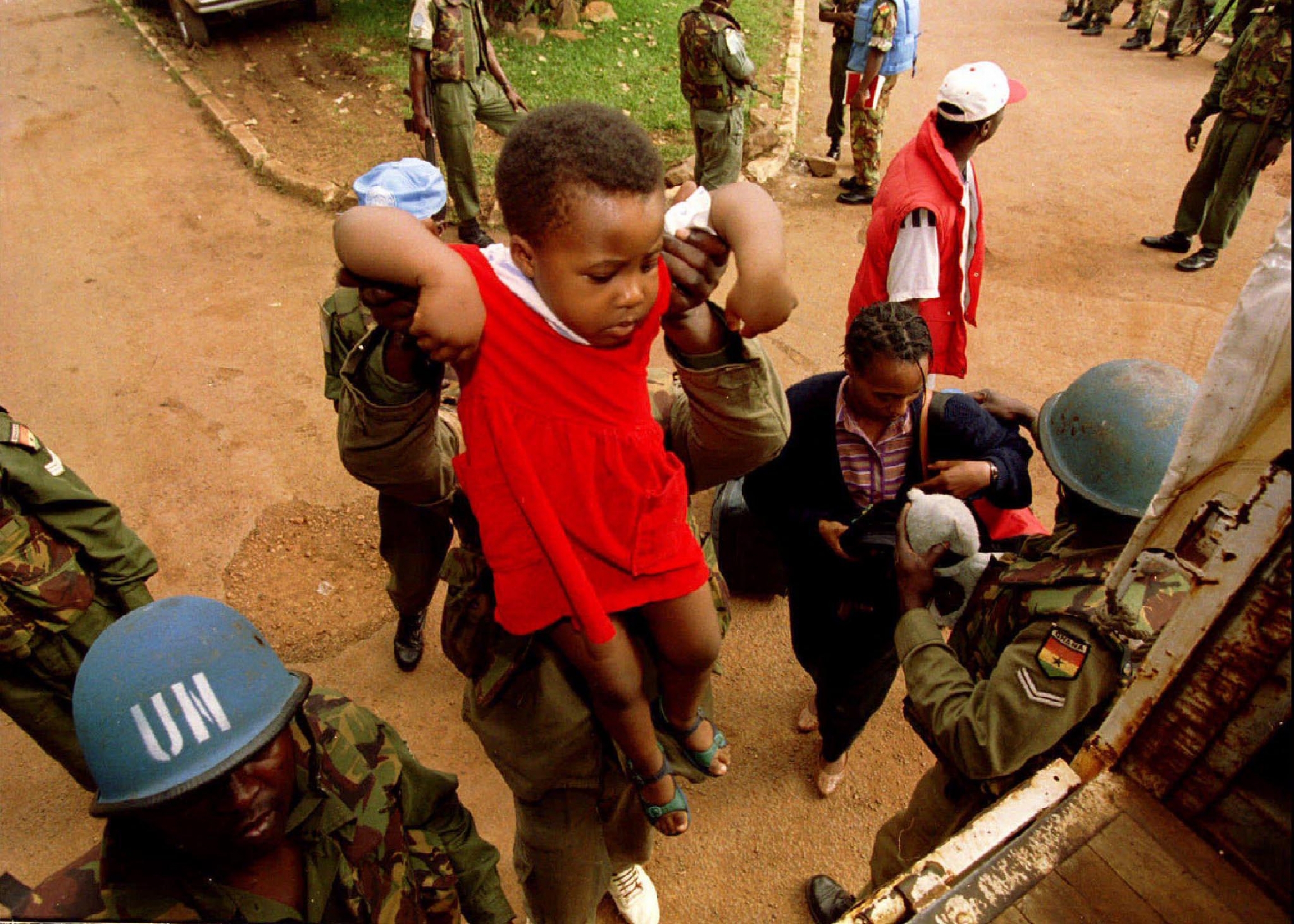 UN peacekeepers transferring a child to a UN ‘safe area’ from a government-held area of Kigali, Rwanda, May 27, 1994.

UN blue helmets are deployed to prevent flare-ups of hostilities and ensure access to humanitarian aid in Lebanon, protect civilians from genocide in Darfur and strengthen the police and prison system of post-earthquake Haiti.

Along with sustained initiatives to reform the UN‘s peacekeeping apparatus, these critical missions and others would be greatly strengthened by re-examination of the minor miracles worked in Rwanda.

Dispatched with a fatally timid mission, many ordinary UN soldiers in Rwanda took extraordinary actions, using diplomacy, cultural awareness and community engagement. Their actions saved close to 30,000 lives, according to Romeo Dallaire, who led the UN’s deployment in Rwanda.

Learning from what actually worked on this famously failed mission can save lives in the future.