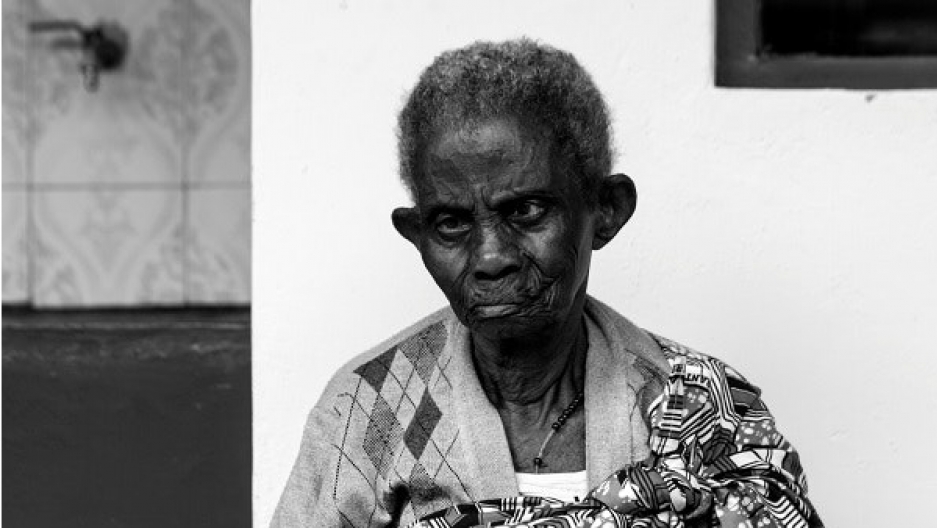 One hundred survivors of Rwanda's 1994 genocide live together at the Impinganzima home for the elderly. Cesarie Mukakinani, who is 100 years old, is the oldest and most popular resident of the home. Her nickname is "the mayor."

A dusty courtyard fills with chatter and laughter as the widows and widowers of the Impinganzima home for the elderly in Rwanda’s Eastern Province wait for the day’s visitors.

Suddenly, relatives and friends stream in with gifts and family news for some of the 100 genocide survivors living in the care home. Many of Impinganzima’s residents had feared they would never feel happiness or peace again after losing their husbands and wives in the 1994 Rwandan genocide, during which more than 800,000 people were killed. But now some of Rwanda’s elder widows say they have found a home that has restored their sense of hope. 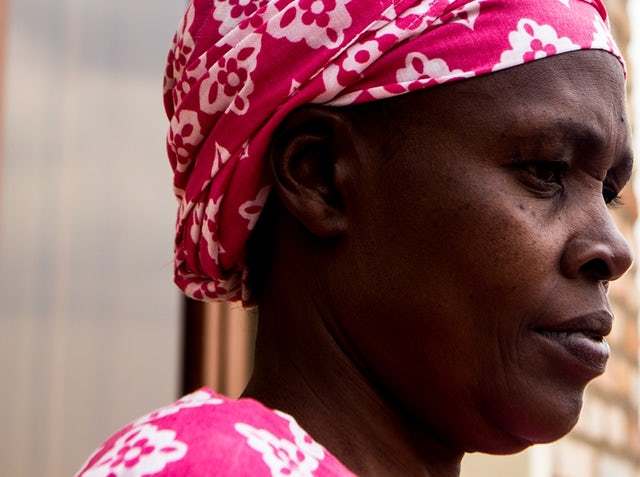 Therese Mukachinani witnessed a Hutu militia murder her husband, her parents and her grandfather. She now lives at the Impinganzima care home in Huye, Rwanda, and works there as an assistant.

Therese Mukachinani, 53, started working at Impinganzima as an assistant soon after it was opened by Rwanda’s first lady, Jeannette Kagame, at the end of June. Now she is a live-in administrator, setting up activity programs and supervising weekend visits for the elderly. She lost nine family members in the genocide including her husband, her parents and her grandfather.

“The Hutus [militia] wanted to kill everyone in my home,” she says, holding back tears. But once she got to know the other women at the care home, Mukachinani slowly found peace. “It took me a long time to deal with it. Even now there are days when I still think about those I have lost,” she says. “But here, we have each other.” 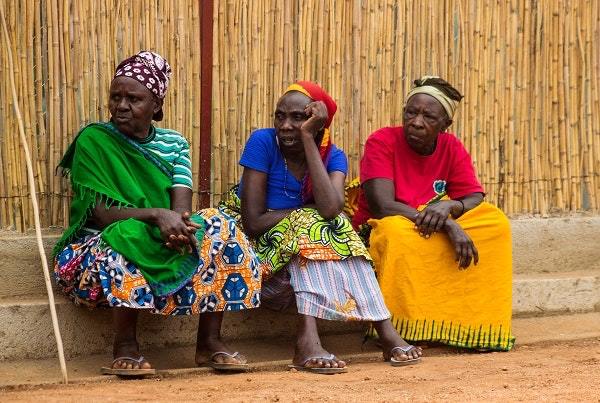 Genocide widows sit in the courtyard of Impinganzima care home, waiting for friends and family to visit.

Rwanda is home to an estimated 19,000 genocide widows. Unlike in various other countries where older widows often become forgotten members of society with few property rights and little social standing, the Rwandan government and local NGOs are working to provide for some of the elderly survivors who have been left living in poverty after losing their spouses.

The 100-day massacre of Tutsis and moderate Hutus by supporters of Rwanda’s Hutu-majority government left approximately 300,000 Tutsi survivors. Among them, there were up to 10 times as many widows as widowers. Many of the women witnessed their husbands, children and parents being hacked to death. Some endured kidnapping, torture or gang rape. Though some found justice for the crimes committed, others did not. 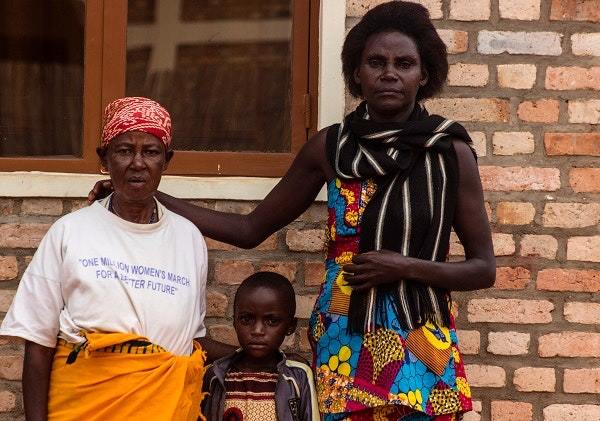 Genocide widows sit in the courtyard of Impinganzima care home, waiting for friends and family to visit.

When the Rwandan widow’s association, AVEGA, was founded in 1995, it put out an open call to widows in need of financial and social support. In the aftermath of the massacres, the organization helped renovate some widows’ houses, and offered the homeless free accommodation in small communal homes.

Impinganzima is the largest of six care homes run by AVEGA around the country, and as one of the newest, it has an in-house healthcare center with medics on 24-hour call. Of the 100 residents at Impinganzima — its name means “the peak of being alive and healthy” in the Kinyarwanda language — only six are men.

Outside care homes, other local NGOs are reaching out to widows who feel isolated and lonely. One organization, called Nsindagiza, which is Kinyarwanda for “Help me get to another place,” focuses on monthly counseling meetings to assist the elderly, some of them widows, both on their own and within their families.

The organization also works in partnership with Help Age International to advocate for the inclusion of the needs of the elderly in the government’s development of a social protection policy and Rwanda’s national health insurance scheme. 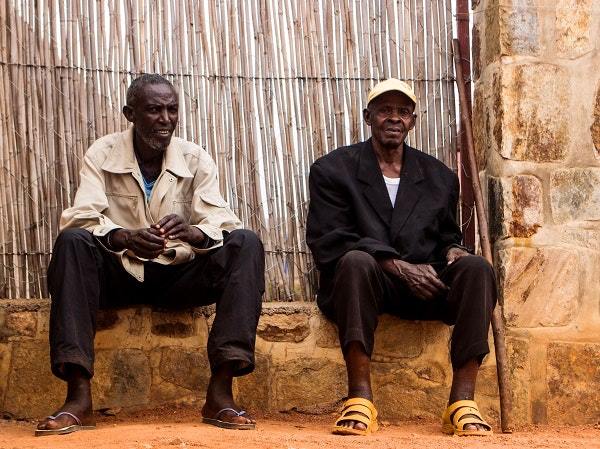 Two of the six widowers living at the care home among 94 widows.

“We’ve tried to create small support groups for the elderly and 90 percent are women, and they are vulnerable in so many ways,” says Nsindagiza’s program coordinator, Beatrice Mushimiyimana. “Wherever you look [in Rwanda], it’s women who raise up their hands saying, ‘Help me.’” 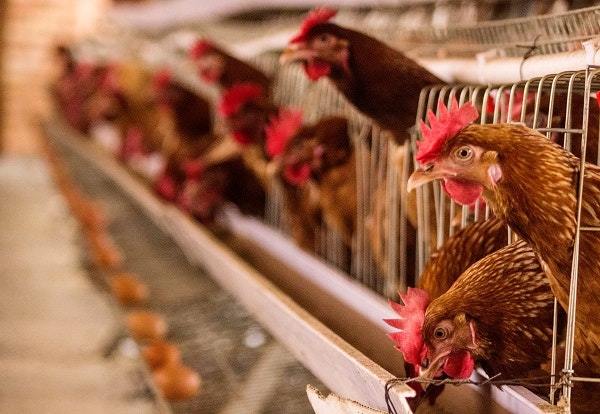 A thousand hens lay eggs for the residents’ meals, in a room at the back of the care home.

Elsewhere in Rwanda, widows are helping themselves through art. Tucked away in the southeastern hills of Kirehe District, the Kakira Imigongo Cooperative is a small women’s collective mostly composed of genocide widows who make traditional art from cow dung, clay and other natural materials.

After fleeing the 1994 massacres, Basirice Uwanmariya returned to Rwanda to rebuild her life, but lost her husband in 1999. Her loss, coupled with the lingering sense of grief of other women in her community of Nyakarambi, gave her the impetus to establish the cooperative. Today, Kakira’s imigongo art is slowly gaining international appeal, and the revival of the ancient art form has given some women a way to move on.

Back at Impinganzima, 100-year-old Cesarie Mukakinani is like the queen of the care home. She’s the oldest resident and lost her husband and most of her family during the ethnic massacres. Now she has developed such a good rapport with the other residents, they’ve nicknamed her “mayor.” Mukakinani says she is grateful the home has brought the incike (homeless widows) together.

“Before I came here I had nothing, I had no one, and some say I would not be alive,” she says. “But I’m happy someone has remembered me.”

Tendai Marima reported from Huye, Rwanda. This article originally appeared on News Deeply's Women & Girls, and you can find the original here. For important news focused on women and girls in the developing world, you can sign up to the Women & Girls email list.