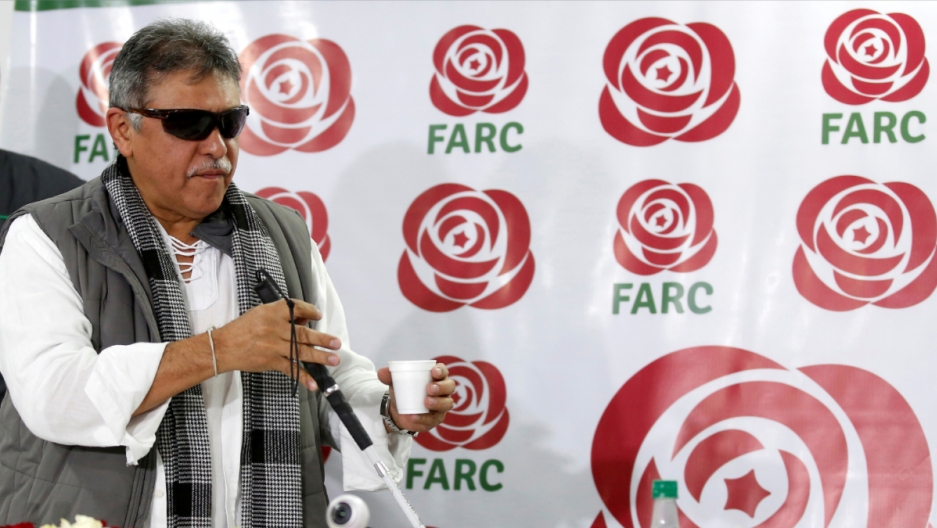 The peace agreement in Colombia that brought an end to more than 50 years of internal armed conflict might now be on the line.

Colombian President Iván Duque said on Friday that nine dissidents of the Revolutionary Armed Forces of Colombia (FARC), including a commander, were killed in a bombing raid in southern Colombia, the first since former leaders of the group announced a new offensive this week.

Former FARC commanders, who go by their aliases, Iván Márquez, and Jesús Santrich, announced on a video on Thursday that they were launching renewed hostilities against the government, saying the 2016 peace accords had been betrayed.

The announcement was condemned by the government, the United Nations and the FARC political party, whose leadership said the majority of ex-rebels remain committed to peace despite "difficulties and dangers."

The bombing took place in the municipality of San Vicente del Caguán, in the jungle province of Caqueta, Duque said. "Thanks to strategic, meticulous, impeccable and rigorous work, Gildardo Cucho, a leader in this organization, was killed," Duque told journalists in the city of Sincelejo. "This criminal was dedicated to drug trafficking, kidnapping, the intimidation of social leaders and he was expected to be part of this threatening new group, which yesterday presented itself to the country as a new rebel group — which it isn't because it's a narco-terrorist gang," Duque said.

Dissidents from FARC include some guerrillas who refused outright to demobilize under the peace deal and others who initially backed the process before returning to fight. Dissident forces are estimated to number more than 2,200. Many are thought to be based in Venezuela, where President Nicolás Maduro has said former rebels commanders were welcome.

The peace accord has come under pressure on various fronts, including the murder of hundreds of former rebels and human rights activists, delays in funding for economic efforts by former combatants and deep political polarization.

Related: They were raped during Colombia’s civil war. Now they want justice for their children.

The World's Carol Hill spoke to María Emma Wills Obregón, a professor at the University of Los Andes, in Colombia and a government researcher who has documented the history of the Colombian conflict.

Carol Hills: María Emma, you're in Colombia right now — what does this moment feel like, what are people in Colombia saying?

María Emma Wills Obregón: I think there's a great sense of grief from people who really believed in peace, in the peace process in Colombia. The situation is quite complex and the process is facing threats, not only by the members of the guerrilla who said yesterday that they were going back to arms, but also from the government who hasn't been proactive in putting into life the accord that was signed during the previous government.

I know you were one of the only women involved in this peace process between the FARC and the Colombian government. Did you ever imagine that any FARC leaders were going to renege on this — did you even think this was possible?

First of all, let me clear my role in the peace negotiations. I was not part of the negotiation team. I was called upon because the FARC and the government decided to have a commission who had to write the history of the conflict in Colombia. So, I came as an academic, not as a negotiator into Havana. Many of the negotiators from the government knew that you always have in these peace agreements dissidence; you always calculate a number of people who go back into war and, according to the numbers and the percentages, in Colombia, we are within the norm.

First of all, I'm very critical of what former FARC leader Iván Marquez did. I think he took the wrong decision at the wrong time. Peace building is very difficult. Peace processes always face challenges, always. So, the decision of the FARC can't be backed up by the argument that the state did not come up with the right solutions or wasn't involved enough in the peace process. We knew that it was going to be difficult. So, I really think that the guerrillas, the commanders of the FARC, are going against many people who went to the streets to defend the accord and to defend peace.

Practically, at this point, because of what happened yesterday and the former FARC leader renewing a call for arms, is Colombia now back in a state of war at this point?

No, I wouldn't say so. I do agree with the statement of the negotiation team from former President Juan Manuel Santos. What they said is, the peace negotiation is a process that you can't go back to. We do have problems of violence in Colombia, but we're not back in square one. Arms and politics are a combination that does not resonate as it did resonate in the '60s or '70s in Colombia. It doesn't have the resonance that it had before. It doesn't have the legitimacy as it had before.

This interview was lightly edited and condensed for clarity. Reuters contributed to this report.