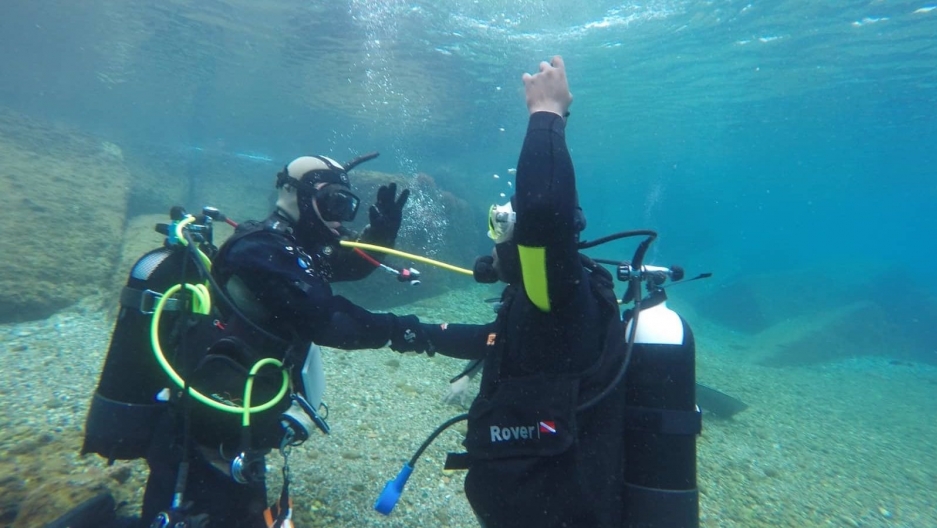 Migrant teenagers at Caio Duilio, a nautical school, learn about about maritime law and prepare for a possible career in the maritime industry. They also get help overcoming their fears of the sea.

Ibrahim, who is from Guinea, boarded an inflatable boat in Libya three years ago — trying to get to Europe. Before the boat reached the Sicilian coast, it began taking in water. Ibrahim could barely swim. Many of those around him could not.

“There were dead bodies floating everywhere in the water around the boat.”

“There were dead bodies floating everywhere in the water around the boat,” he said.

Ibrahim was rescued after a week at sea. He was 14 and alone. The World is not using his real name or other migrant youths' full names — or their actual names in two cases — to protect their identities.

Sadly, stories like Ibrahim's are all too common in Italy. He survived, but the risk of migrants dying in the Mediterranean Sea is higher than it’s ever been — 15% of migrants who boarded boats in North Africa bound for Italy in the first six months of this year drowned.

Those who do make it need help getting their basic needs met. They also struggle with the trauma related to their journeys and the lives they left behind. But one high school in Sicily is stepping up by offering training to migrant teenagers in something it knows well — careers at sea. It also helps them overcome their fears of the sea. 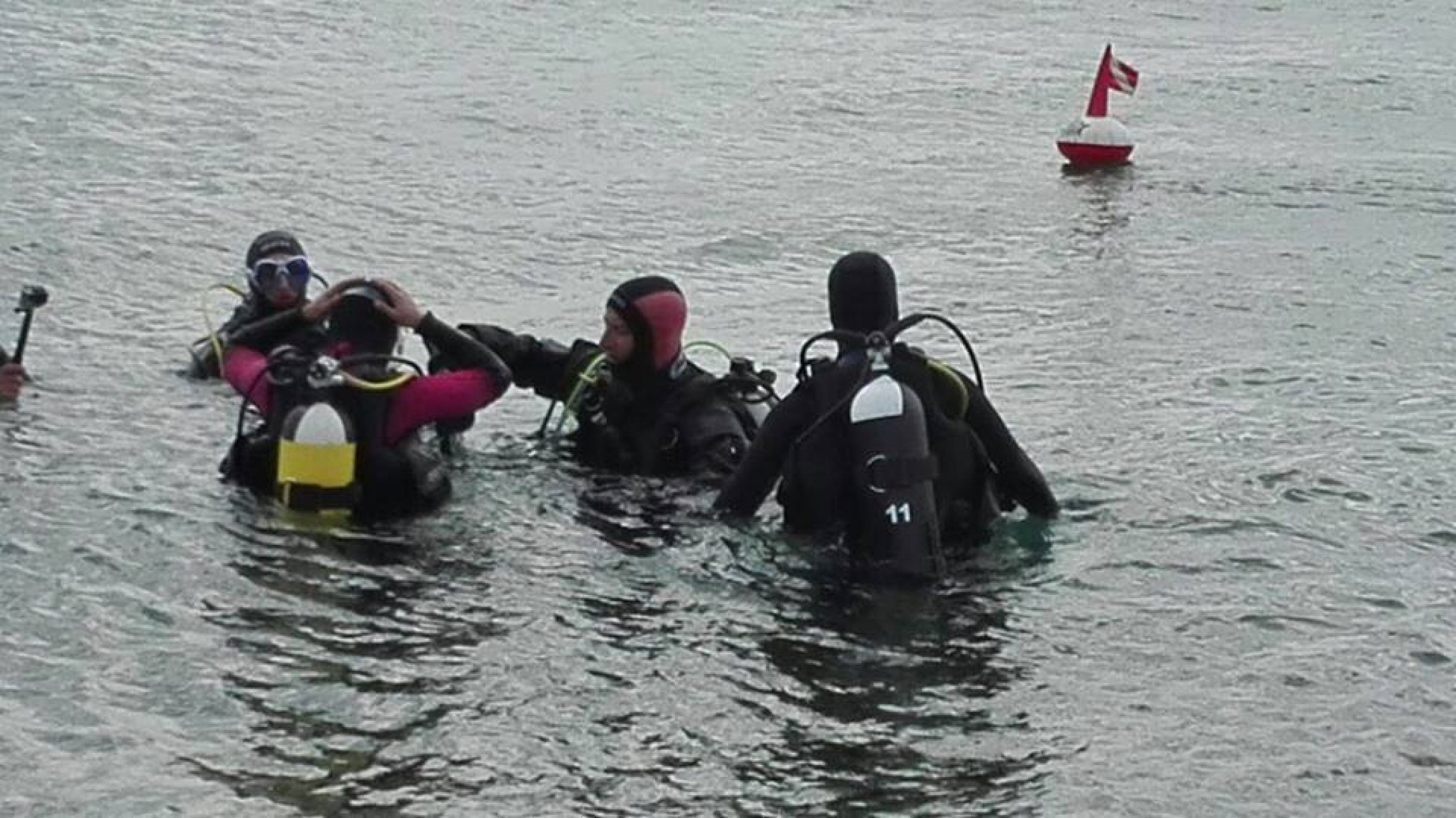 Two years ago, Caio Duilio decided to open its doors to some teenage migrants who had arrived by boat into the port city of Messina, in Sicily.

Caio Duilio is a nautical school in Messina, a city in northeast Sicily that relies heavily on the sea for its livelihood. Students learn about maritime law, among other subjects, and prepare for a possible career in the maritime industry. Two years ago, the school decided to open its doors to some teenage migrants, like Ibrahim, who arrived by boat into the port city.

The plan, according to the principal, Maria Schirò, was to help them learn Italian and to integrate into the local community. It soon became apparent there was a problem. Some migrants were horrified to hear that the curriculum included swimming classes. All of them had arrived in Messina by boat, and many had survived perilous journeys to get there. Schiro said they decided to start the classes very gently.

“We created specific classes for them to get acquainted to water in a playful way. In the beginning, we had immersion classes and then later, swimming classes. But that was only at a later stage,” Schirò said.

“It's been a very effective course so far. It has allowed them to swim and to enjoy what's underwater as well … there's so much beauty under the water.”

“It's been a very effective course so far. It has allowed them to swim and to enjoy what's underwater as well … there's so much beauty under the water.”

There are around 20 migrant teenagers enrolled in the school, and she says they have integrated well with the Italian students. She’s especially pleased that they are also succeeding in their exams.

Massimo Sigillo, a physical education teacher at the school, has witnessed the trauma some migrants experience firsthand. He works as a guidance counselor to the students, but is also a legal guardian to Junior from Cameroon. Sigillo said Junior left his home at 13 and walked from Cameroon to Libya. It took him two months. When he arrived at the Libyan coastline, he waited another 45 days before a boat would allow him onboard. Before reaching the Sicilian coast, the inflatable vessel began to sink. Junior was rescued, but doesn’t talk about what happened.

“We don’t ask him about it. And he doesn’t speak about it. Sometimes, he’s very sad. His eyes are full of clouds,” Sigillo said.

Gradually, Junior began swimming lessons at the school. Sigillo says he’s still not very confident in the water, but Junior has told him that he wants to learn to swim and scuba dive.

“He told me he wants to learn to swim so he can help someone who might have the same difficulties as he did," he said, adding, “He’s very kind … he likes to help other people.”

Learning to swim was also terrifying for Ibrahim after what he had witnessed at sea.

“Yes, of course, I was afraid. But thanks to the kind advice of some people here in the school, I was able to slowly fight those fears and try to swim.”

“Yes, of course, I was afraid,” he said. “But thanks to the kind advice of some people here in the school, I was able to slowly fight those fears and try to swim.”

Accepting migrants into the school is having another impact. Italian students have started to learn about the lives of migrant students who are mainly from West Africa. During maritime law classes, some migrants have shared a little of what happened to them at sea.

Annalisa Marziano, one of the the program's founders, said it has changed attitudes toward the newcomers and helped the Italian students view them as simply fellow teenagers.

“They learned new ways of living completely different from their own and this enriched their cultural knowledge about what’s happening in the Mediterranean,” she said. 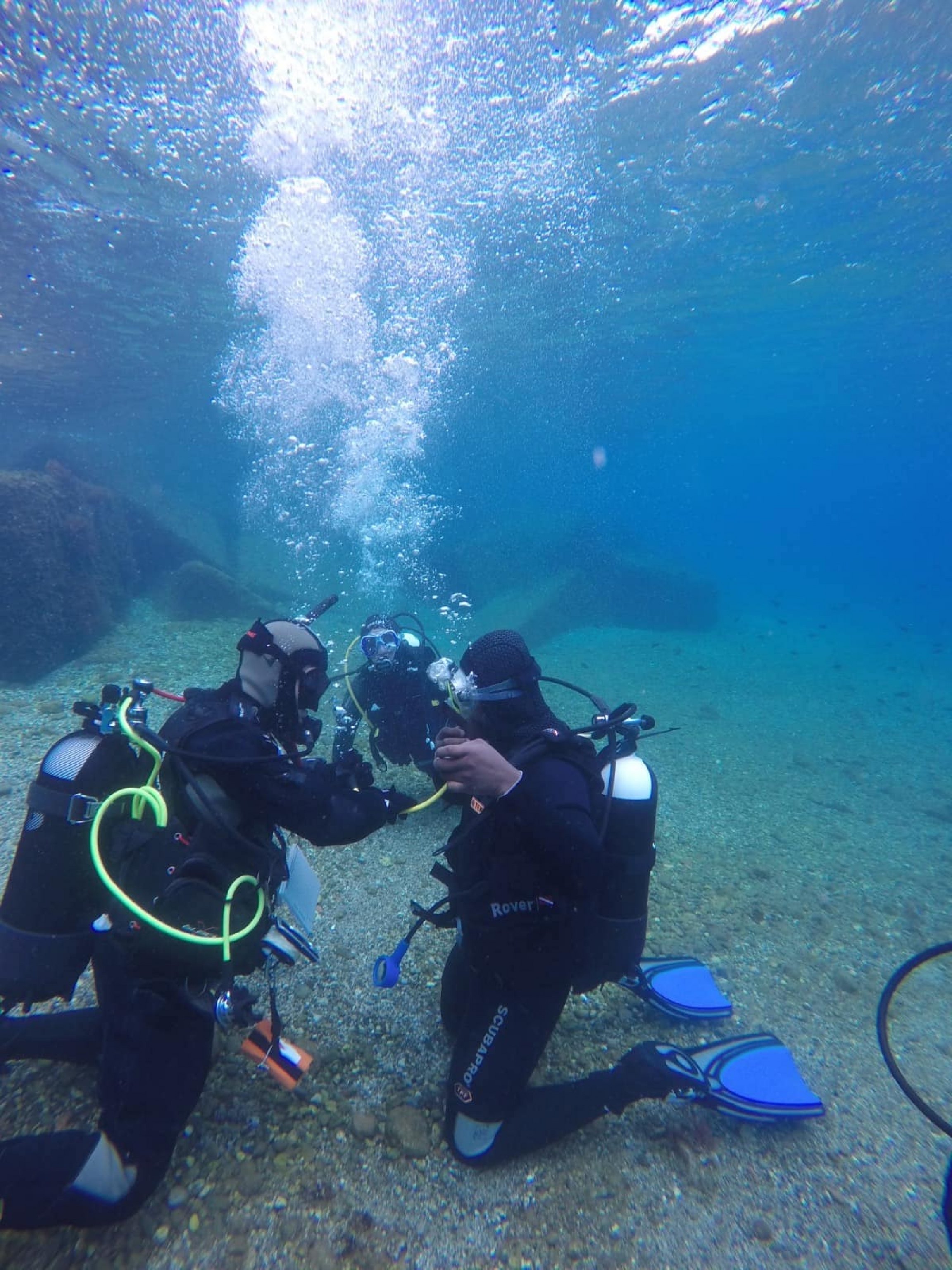 Caio Duilio is a nautical school in Messina, a city in northeast Sicily that relies heavily on the sea for its livelihood. Students learn about maritime law, among other subjects, and prepare for a possible career in the maritime industry.

As migrant students become more confident in the water, the school begins to teach them other skills like CPR and later, scuba diving. But the school’s instructors stress that they take things slowly — introducing them gradually to the water, and not forcing them to do anything they don't want to do.

The classes have had an unexpected outcome. Some of the students want to help others in difficult situations like they’ve experienced — which means being around water, and boats.

Omar from Senegal was rescued off the Messina coast by a boat operated by the humanitarian organization, SOS Mediterranee. Everyone on his boat survived. After graduation, Omar says he wants to find a job helping rescue migrants.

“I want to work with NGOs like the SOS Mediterranee, the one that rescued me and my friend.”

“I want to work with NGOs like the SOS Mediterranee, the one that rescued me and my friend,” he said.

Junior, too, has announced that he wants to learn to swim so he can work at sea and rescue others. Ibrahim, for the moment, is concentrating on getting through school, but says one day he hopes to work with boats.

Related: Crimes of compassion: US follows Europe's lead in prosecuting those who help migrants

For all the training and aspirations for the future, it may be some time before migrant students can put the skills they are learning at the Messina school to practice. Deputy Prime Minister Matteo Salvini continues to restrict rescue vessels operating off the Italian coastline and condemns the NGOs who ignore his warnings and conduct rescue operations. With a possible election looming, the fate of many migrants bound for Italy may lie in the hands of a small number of Italian politicians.